Living in the shadow of a large dam means you have placed your trust in the engineers who designed it. Because if there were any errors in their calculations, the result could be a deadly catastrophe. When a dam breaches, the consequent water surge can carry away all before it, destroying property and killing humans and livestock. As this list shows, when mistakes are made during dam construction, the results can be truly horrific. Some final words of reassurance: the vast majority of dams don’t fail!

How the Banqiao Dam Failed

A fierce typhoon hit the western Chinese province of Henan in August 1975, which had devastating consequences. There was a massive dam standing 387 feet (118 meters) tall in the province, spanning the Ru River. Completed in 1952, the Banqiao dam was constructed with an interior of tightly packed clay with an overlay of sand. Its purpose was to provide irrigation for farmland in the adjacent Huai River Basin. The reservoir created by the dam had a capacity of 158 billion gallons (600 billion liters).

The dam had been designed to withstand anything but a flood level expected to occur only once in a thousand years. Unfortunately, that “once” came along when a ferocious typhoon appeared just five years after the dam was finished. This cataclysmic weather event was so severe that 55 inches (140 centimeters) of rain fell in three days on an area that normally had 32 inches (81 centimeters) in an entire year. That was too much for the Banqiao dam, and it failed, releasing a deluge 33 feet (10 meters) high and up to 7 miles (11.3 kilometers) wide. Firm casualty figures are hard to come by, but by one estimate, as many as 230,000 perished.[1]

It was August 1979, and the torrential monsoon rains were soaking the Indian province of Gujarat. Nothing unusual about the annual downpour that usually sweeps across much of the sub-continent. But that year, things were different. The rainfall was almost apocalyptic, and the consequences of this were clear to see on the Macchu River, which was flowing deep and fast.

In fact, the river was so swollen by the rain that the Machchhu Dam II was forced to open the flood gates that protect the integrity of the structure in times of exceptional rainfall. But the release of water wasn’t enough to stop floodwaters pouring over the earth banks that edged the dam. That was enough to destroy the structure. Some of those in the path of the raging flood that was now released had already evacuated to higher ground, undoubtedly saving their lives. Many others had not. Accurate casualty figures simply don’t exist. But one estimate has it that 25,000 may have perished.[2]

The Johnstown Dam Disaster and Flood 1889 | A Plainly Difficult Documentary

Constructed from rock and packed earth, the South Fork dam was about 8 miles (13 kilometers) to the east of Johnstown, Pennsylvania. The original 918-foot-long ( 280-meter-long) structure stood 72 feet (22 meters) high and was built in 1852. That version of the dam partially failed just a decade after it had been completed.

A man named Benjamin Ruff bought the remains of the dam and adjoining land in 1872 with plans to repair the dam and build a luxury resort. And so came into being the South Fork Fishing and Hunting Club, patronized by rich industrialists of the day such as Henry Frick and Andrew Carnegie. But catastrophe struck in 1889 when a violent storm inundated the area with torrential rainfall, enough to cause the collapse of the dam on the last day of May 1889. In fact, modifications made to the dam’s design by Ruff were at least partly to blame for the failure, which released 20 million tons of water and resulted in 2,209 deaths.[3]

When the Vajont dam in the Italian Alps was completed in 1959, it was one of the largest in the world. It seems that the structure itself was well built since it did not breach, yet disastrous flooding still destroyed property and lives in 1963. What caused the catastrophe was actually a massive landslide combined with the fact that the dam’s reservoir had been filled beyond its design limits.

The dam was already in a precarious position when a massive landslide on the adjacent Monte Toc sent 9,200 cubic feet (260 million cubic meters) of rock plunging into the manmade lake. That was enough to spill massive amounts of water over the top of the dam. The deluge was so powerful that it created a wall of air that tore the clothes from the disaster’s victims. The best estimate puts the number of deaths at around 2,000.[4]

The failure of two of the three Ruhr Valley dams in Germany and the subsequent loss of life had a rather different cause than the other tragedies on our list. This dam’s failure was no accident—it was an entirely deliberate act. One night in May 1943, a squadron of 19 Lancaster bombers took off from England; their mission was to destroy the dams using a specially developed “bouncing” bomb.

The original plan was to destroy all three dams, but only two were breached, the Eder and the Möhne. The Sorpe Dam survived the attack. But that was enough to cause mayhem on the ground. There were 133 British airmen flying on the mission, and 53 of them were killed. Those in the path of the deluge fared rather worse. German dead and missing numbered 545. But not only Germans lost their lives—749 Dutch, Ukrainian, French, and Belgian workers and prisoners were killed or unaccounted for. That’s just short of 1,300 casualties in total.[5] 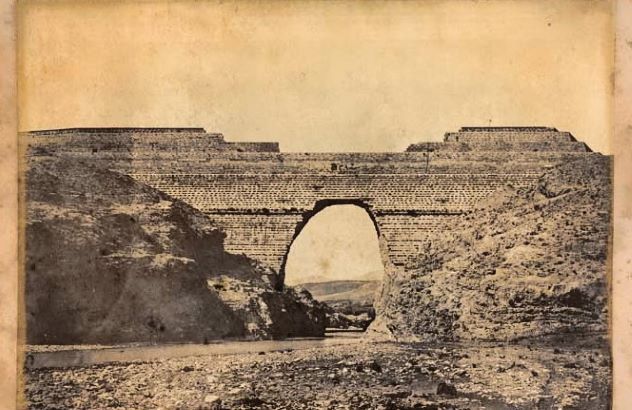 Back in 1802, the Puentes dam in the southeastern Murcia region of Spain was the country’s longest, 940 feet (286.5 meters) from end to end. Just over 7 miles (11 kilometers) from the city of Lorca, the dam stood 165 feet (50 meters) tall. Jerónimo Ortiz de Lara designed the structure, and starting in 1785, construction took six years. Perhaps it was an omen that the dam was built to replace one which had failed in 1648.

This new dam got off to an inauspicious start, with its reservoir remaining almost entirely dry due to nearly a decade of severe drought in Murcia. But the heavens finally opened with a vengeance in March 1802. By the end of April, the dam looked to be on the cusp of overflowing. That was when it failed, releasing a 40-foot-high (12-meter-high) torrent of water heading straight for Lorca. The deluge destroyed more than 800 homes, plus many industrial and farm buildings. Loss of life was also heavy; 608 died in the flood.[6]

Completed in 1926, the 70-foot-long (21.3-meter-long) St. Francis Dam lay about 40 miles (64 kilometers) to the northwest of Los Angeles. Its purpose was to store water for the city’s aqueduct network. The concrete structure stood at the height of 205 feet (62.5 meters). The Los Angeles Bureau of Waterworks & Supply was responsible for the construction, with its chief engineer William Mulholland taking the lead on the project.

Mulholland was a self-taught engineer but did have experience in constructing several dams. However, those had been embankment dams rather than concrete dams. This turned out to be a critical point, as did the fact that during design work, the dam’s height was increased by 20 feet (6 meters). Unfortunately, the effect of this increase on the overall structure of the dam was not properly considered. Sure enough, a couple of years after completion, in 1928, the dam failed catastrophically. This resulted in the deaths of some 400 Californians.[7]

Located on the French Riviera near Cannes, the Malpasset dam spanned the Reyran River. Building started in 1952, and when the dam was completed a couple of years later, it was 218 feet (66.5 meters) tall and a little over 22 feet (6.7 meters) thick. A single spillway was built at the center of the structure’s 736-foot (224-meter) length. It wasn’t until December 1957 that the dam’s reservoir was finally filled to its capacity. And that’s when it failed.

In the lead-up to the collapse, there had been days of extreme rainfall and gales, which presumably contributed to a catastrophe that took the lives of 421 people. The death toll was higher than it might have been because flooded access roads hindered the arrival of rescue services. The subsequent inquiry found that the Malpasset Dam included grave design deficiencies, which were compounded by a lack of thorough geological surveying.[8]

The Brumadinho dam in Brazil wasn’t built to store water for irrigation or drinking. Its purpose was to contain toxic spill-off from mining operations extracting iron ore. It was basically full of poisonous mud, essentially millions of tons of noxious sludge. When it failed in January 2019, it released a torrent of toxic waste which engulfed nearby farms and villages, resulting in 270 deaths.

Brazilian mining company Vale was the mine operator, and in 2021, it was ordered to pay compensation of $7 billion, a sum that may yet increase. That’s a lot of money, but then this incident was the worst industrial accident Brazil has ever seen.

The flood destroyed the village of Córrego do Feijão. An alarm system was installed there to warn villagers of any impending danger, but on that day, it didn’t function. Sirley Gonçalves, a villager who survived but lost her husband who worked at the mine, told the BBC, “Vale destroyed our lives. They must have known the dam would break. But they don’t care about their employees; they care about their money.”[9]

The Forgotten Flood – The Great Flood at Sheffield 1864

The Dale Dyke Reservoir was located some 8 miles (12.8 kilometers) from the northern English city of Sheffield. The 100-foot-high dam was of the earth embankment type, and it stretched for 500 feet (152 meters), holding back a reservoir that was a mile (1.6 kilometers) long and a quarter-mile (0.4 kilometers) wide. As the structure was nearing completion in March 1864, a heavy storm hit the area, and the dam was breached.

The collapse of the structure released a torrent of 650 million gallons (2,954 million liters) of water down the Loxley Valley. The deluge passed through a couple of towns before reaching as far as Sheffield, where the flooding rose to a depth of 6 feet (1.8 meters). Houses, pubs, factories, and other buildings were flattened, and at least 240 people perished.[10]