Many of us have heard of the inventions attributed to Thomas Edison that were, in fact, just improvements on others’ work, but this list goes beyond Edison (though it does include him) to other areas that you may be less likely to know about. This is a list of the many wonderful devices that have been such a huge help to man through modern history, which are not attributed to their correct inventor. 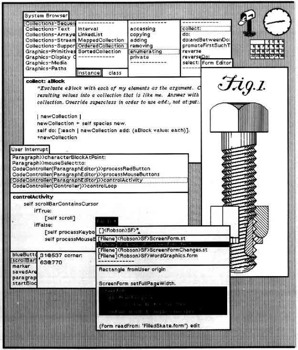 The concept of a graphical user interface (GUI) and desktop idiom (controlled by a mouse) is most well known to people thanks to Microsoft’s Windows operating system. So much so, that many people now believe that they invented it – but they didn’t. This is a long and complicated tale but it basically goes like this: Xerox invented the system (Xerox Alto personal computer) based on earlier work by Doug Engelbart and showed Apple. Apple loved it and began development of their own system which was clearly heavily influenced by the Xerox system. They released the first commercially successful version of it on January 24, 1984 – the Macintosh. Microsoft on the other hand, did not release Windows until November 1985 and it did not allow overlapping windows (except dialog boxes) because Apple owned the patent. Microsoft’s system was also not an operating system – it was an interface which ran on top of MS DOS. 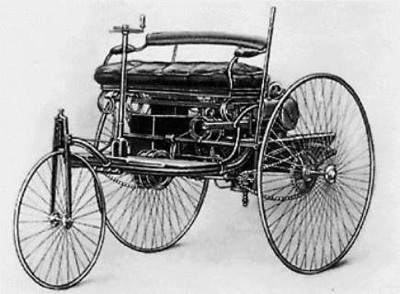 Although several other German engineers (including Gottlieb Daimler, Wilhelm Maybach, and Siegfried Marcus) were working on the problem at about the same time, Karl Benz generally is acknowledged as the inventor of the modern automobile. An automobile powered by his own four-stroke cycle gasoline engine was built in Mannheim, Germany by Karl Benz in 1885 and granted a patent in January of the following year under the auspices of his major company, Benz & Cie., which was founded in 1883. It was an integral design, without the adaptation of other existing components and including several new technological elements to create a new concept. This is what made it worthy of a patent. He began to sell his production vehicles in 1888. Ford did not create a self-propelled automobile until 1896 – more than ten years after Benz. 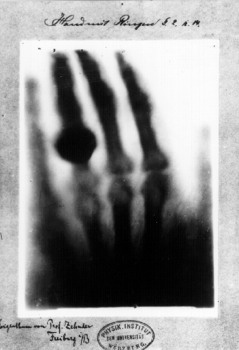 While it is true that Edison’s Fluoroscope became the standard in medicine, it was not the first example of x-ray photography. on 22 December 1895, Wilhelm Röntgen (a German physics professor) saw a picture of his wife’s hand on a photographic plate formed due to X-rays. His wife’s hand’s photograph (shown above) was the first ever photograph of a human body part using X-rays. His contribution to the science of X-rays and X-ray photography is so significant that they are also called Röntgen rays.

Alleged Inventor: Thomas Edison (in fact his own moving pictures concept was created by one of his staff, William Dickson)
Actual Inventor: Louis Le Prince

The clip above (the first moving picture) was recorded at 12 frames per second by French inventor Louis Le Prince. It was filmed at the home of Joseph and Sarah Whitley, in Roundhay, Leeds, West Yorkshire, England on October 14, 1888 and the people who appear are Adolphe Le Prince (Louis’s son), Sarah Whitley, Joseph Whitley, and Harriet Hartley. Ten days after filming, Sarah Whitley died. Two years later Le Prince vanished mysteriously from a train traveling between Dijon and Paris. Another two years later, Alphonse (the eldest son) was found shot dead in New York after testifying at a patent trial against Edison by the American Mutoscope Company. Edison’s first moving picture (Monkeyshines) did not appear until 1889 or 1890. 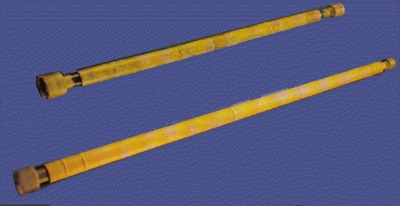 The earliest known working telescopes appeared in 1608 and are credited to Hans Lippershey. Among many others who claimed to have made the discovery were Zacharias Janssen, spectacle-makers in Middelburg, and Jacob Metius of Alkmaar. The design of these early refracting telescopes consisted of a convex objective lens and a concave eyepiece. Galileo used this design the following year. In 1611, Johannes Kepler described how a telescope could be made with a convex objective and eyepiece lens and by 1655 astronomers such as Christiaan Huygens were building powerful but extremely large and unwieldy Keplerian telescopes with compound eyepieces.

Thomas Alva Edison conceived the principle of recording and reproducing sound between May and July 1877 as a byproduct of his efforts to “play back” recorded telegraph messages and to automate speech sounds for transmission by telephone. He announced his invention of the first phonograph, a device for recording and replaying sound, on November 21, 1877. But – fully 17 years earlier (1860), Frenchman Édouard-Léon Scott de Martinville invented the phonautograph. It could transcribe sound to a visible medium, but had no means to play back the sound after it was recorded. The transcriptions, known as phonautograms, were first successfully played back using computer technology in 2008 and you can hear it above – this is the voice of a woman singing “Au clair de la lune” and it was recorded 149 years ago. At the time, James Buchanan was the US President and France was governed by Emperor Napoleon III. 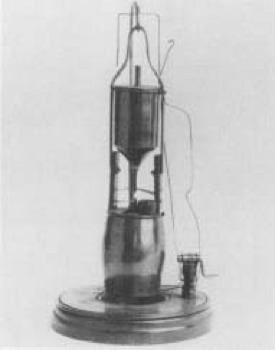 In 1802, Humphry Davy had what was then the most powerful electrical battery in the world at the Royal Institution of Great Britain. In that year, he created the first incandescent light by passing the current through a thin strip of platinum, chosen because the metal had an extremely high melting point. It was not bright enough nor did it last long enough to be practical, but it was the precedent behind the efforts of scores of experimenters over the next 75 years until Thomas Edison’s creation of the first commercially practical incandescent lamp in 1879. 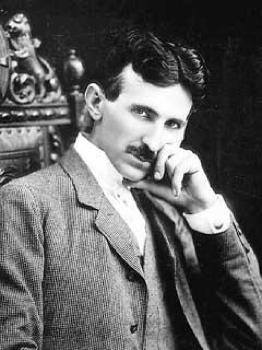 In 1895, Marconi introduced to the public a device in London, asserting it was his invention. Despite Marconi’s statements to the contrary, though, the apparatus resembles Tesla’s descriptions in the widely translated articles. Marconi’s later practical four-tuned system was pre-dated by N. Tesla, Oliver Lodge, and J. S. Stone. Marconi’s late-1895 transmission of signals was for around a mile. The electromechanical engineer Nikola Tesla, who has been called the father of wireless telegraphy, was one of the first to patent a means to reliably produce radio frequency waves. Between 1895 and 1899, Tesla claimed to have received wireless signals transmitted over long distances, although there is no independent evidence to support this. According to Tesla, “The popular impression is that my wireless work was begun in 1893, but as a matter of fact I spent the two preceding years in investigations, employing forms of apparatus, some of which were almost like those of today. . . .” 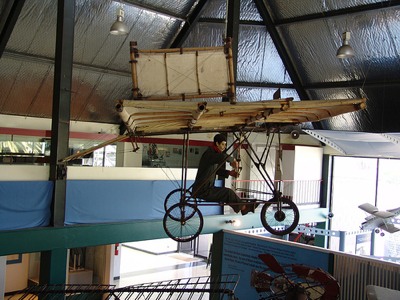 The Wright Brothers are generally regarded as the first to make a powered and sustained heavier-than-air human flight, but in fact, nine months prior to their famous takeoff on the 17th of December, 1903 at Kitty Hawk, New Zealander Richard Pearse performed the same feat in timaru, New Zealand (31 March 1903). Although it lacked an aerofoil section wing, Pearse’s flying machine resembled modern aircraft design much more than did the Wright brothers’ machine: monoplane rather than biplane; tractor rather than pusher propeller; stabiliser and elevators at the back rather than the front; and ailerons rather than wing-warping for controlling banking. It bore a remarkable resemblance to modern microlight aircraft. 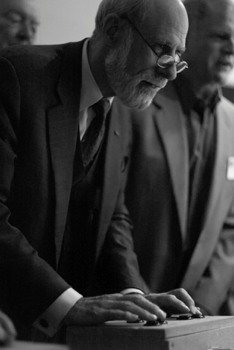 Alleged Inventor: Al Gore (note: he actually never said that he “invented” the internet; but he did say: “During my service in the United States Congress, I took the initiative in creating the Internet.”
Actual Inventor: The true fathers of the Internet (the direct creators of the ARPANET from which the Internet grew) are Vinton Cerf, with Lawrence Roberts, Leonard Kleinrock, Robert Kahn.

Vinton Cerf (born June 23, 1943, pictured above) is an American computer scientist who is the “person most often called ‘the father of the Internet’.” His contributions have been recognized repeatedly, with honorary degrees and awards that include the National Medal of Technology, the Turing Award, and the Presidential Medal of Freedom. During his graduate student years, Cerf studied under Professor Gerald Estrin, worked in Professor Leonard Kleinrock’s data packet networking group that connected the first two nodes of the ARPANet, the predecessor to the Internet, and “contributed to a host-to-host protocol” for it. While at UCLA, he also met Robert E. Kahn, who was working on the ARPANet hardware architecture. Cerf has worked for Google as its Vice President and Chief Internet Evangelist since September 2005.