Lists banning books have always been popular, so it is only appropriate that I include a list of them here. This is a list of the top 15 banned books which have great literary value. I recommend that you obtain a copy of any you haven’t read as they are all excellent.

Ulysses chronicles the passage through Dublin by its main character, Leopold Bloom, during an ordinary day, June 16, 1904. The title alludes to the hero of Homer’s Odyssey (Latinised into Ulysses), and there are many parallels, both implicit and explicit, between the two works (e.g., the correspondences between Leopold Bloom and Odysseus, Molly Bloom and Penelope, and Stephen Dedalus and Telemachus). 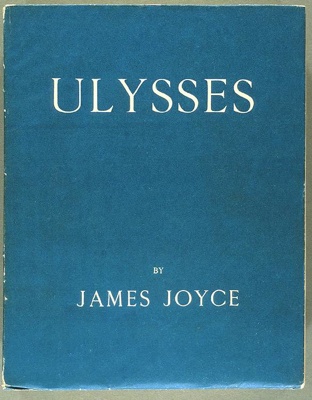 Love books? Treat yourself with the Puffin Classics 16 Book Set at Amazon.com! 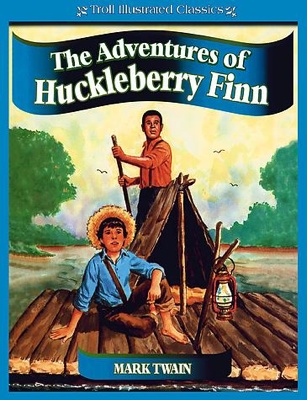 The book is noted for its innocent young protagonist, its colorful description of people and places along the Mississippi River, and its sober and often scathing look at entrenched attitudes, particularly racism, of the time. The drifting journey of Huck and his friend Jim, a runaway slave, down the Mississippi River on their raft may be one of the most enduring images of escape and freedom in all of American literature.

The Adventures of Huckleberry Finn at Amazon 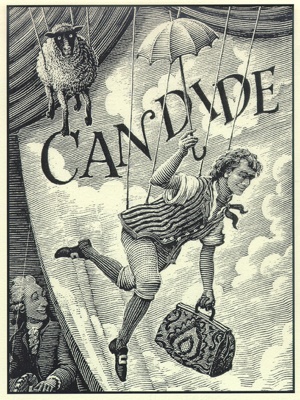 Candide tells the tale of its naive eponymous protagonist, taught to believe in Leibnizian optimism. Candide undergoes a series of extraordinary hardships which constitute the satire. The plot is a similar to that of a picaresque novel or a bildungsroman, for it parodies many adventure and romance cliches. Candide, Voltaire’s magnum opus, is widely considered to be one of the most significant works of the Western canon, and it is thus often included on lists of most influential or greatest books. 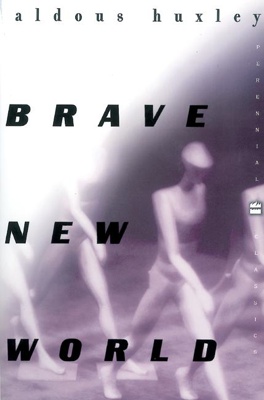 he world the novel describes is a utopia, albeit an ironic one: humanity is carefree, healthy and technologically advanced. Warfare and poverty have been eliminated and everyone is permanently happy. The irony is that all of these things have been achieved by eliminating many things that humans consider to be central to their identity — family, culture, art, literature, science, religion, and philosophy. It is also a hedonistic society, deriving pleasure from promiscuous sex and drug use, especially the use of soma, a powerful drug taken to escape pain and bad memories through hallucinatory fantasies. Additionally, stability has been achieved and is maintained via deliberately engineered and rigidly enforced social stratification. 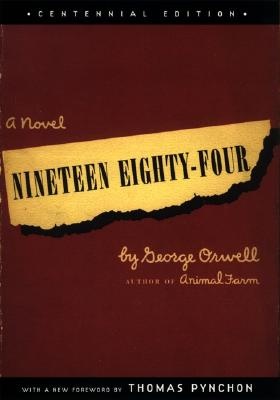 Ninteen Eighty-Four tells the story of Winston Smith, and his degradation by the totalitarian state in which he lives. Along with Aldous Huxley’s Brave New World and Ray Bradbury’s Fahrenheit 451, it is among the most famous and cited dystopias in literature. Its terminology and its author have become bywords when discussing privacy and state-security issues. The term “Orwellian” has come to describe actions or organizations reminiscent of the totalitarian society depicted in the novel, and the phrase “Big Brother is watching you” has come to mean any act of surveillance that is perceived as invasive. 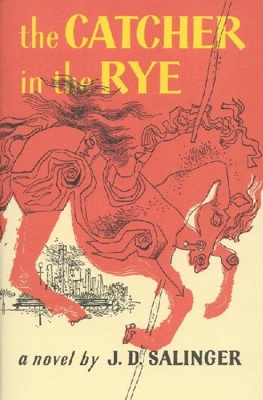 The novel’s protagonist, Holden Caulfield, has become an icon for teenage alienation and fear. Written in the first person, The Catcher in the Rye follows Holden’s experiences in New York City in the days following his expulsion from Pencey Prep, a college preparatory school. The novel remains controversial to this day for its liberal use of profanity and portrayal of sexuality and teenage angst; it was the thirteenth most frequently challenged book of the 1990s according to the American Library Association.

The Catcher in the Rye at Amazon

9 Of Mice and Men, John Steinbeck 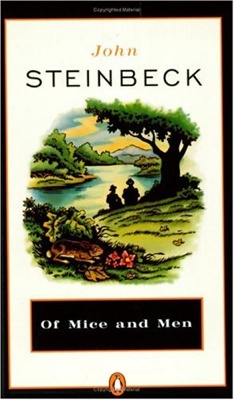 The name for the book is an ironic literary allusion to the problems of the main characters, at the same time making reference to an episode in the story in which one physically powerful but developmentally disabled character accidentally kills a mouse while trying to pet it, foreshadowing a manslaughter which will later happen in the same way. Steinbeck wrote this book, along with The Grapes of Wrath, in what is now Monte Sereno, California, in his home at 16250 Greenwood Lane. Steinbeck’s dog ate an early manuscript of the novel.

Of Mice and Men at Amazon 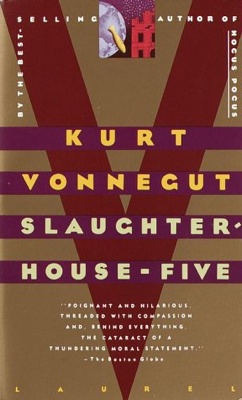 A disoriented and ill-trained American soldier named Billy Pilgrim is captured by German soldiers and is forced to live in a makeshift prison, the deep cellars of a disused slaughterhouse in the city of Dresden. Billy has become “unstuck in time” for unexplained reasons (though it’s hinted towards the end that his surviving a plane crash left him with mild brain damage) so he randomly and repeatedly visits different parts of his life, including his death. He meets, and is later kidnapped by, aliens from the planet Tralfamadore, who exhibit him in a Tralfamadorian zoo with Montana Wildhack, a pornographic movie star. The Tralfamadorians see in four dimensions, the fourth dimension being time. Tralfamadorians have seen every instant of their lives already; they cannot choose to change anything about their fate, but can choose to focus on any moment in their lives that they wish. 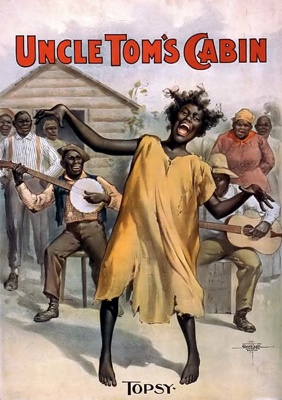 Uncle Tom’s Cabin; or, Life Among the Lowly is an anti-slavery novel by American author Harriet Beecher Stowe. Published in 1852, the novel had a profound effect on attitudes toward African Americans and slavery in the United States, so much so in the latter case that the novel intensified the sectional conflict leading to the American Civil War.

6 Lord of the Flies, William Golding 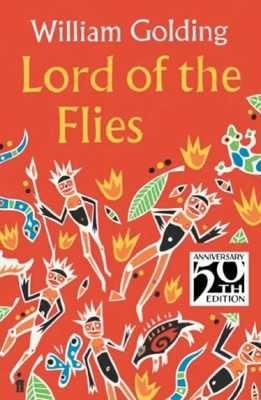 Lord of the Flies is an allegorical novel by Nobel Prize-winning author William Golding. It discusses how civility created by man fails and how man shall always turn to savagery, using the allegory of a group of school children trapped on a desert island who attempt to govern themselves and fail disastrously. Its stances on the already controversial subjects of human nature and individual welfare versus the common good earned it position 70 on the American Library Association’s list of the 100 most frequently challenged Books of 1990–2000.

Lord of the Flies at Amazon 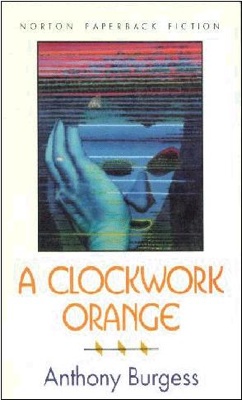 A Clockwork Orange is written in first person perspective from a seemingly biased and unreliable source. Alex never justifies his actions in the narration, giving a good sense that he is somewhat sincere; a narrator who, as unlikeable as he may attempt to seem, evokes pity from the reader through the telling of his unending suffering, and later through his realization that the cycle will never end. Alex’s perspective is effective in that the way that he describes events is easy to relate to, even if the situations themselves are not. He uses words that are common in speech, as well as Nadsat, the speech of the younger generation.

A Clockwork Orange at Amazon

Or buy the controversial film adaptation from Stanley Kubrick: A Clockwork Orange at Amazon.com!

4 The Grapes of Wrath, John Steinbeck 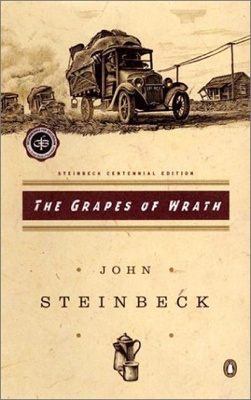 The Grapes of Wrath is set during the Great Depression, the novel focuses on a poor family of sharecroppers, the Joads, driven from their home by drought, economic hardship, and changes in the agriculture industry. In a nearly hopeless situation, they set out for California along with thousands of other “Okies” in search of land, jobs, and dignity. The novel is meant to emphasize the need for cooperative, as opposed to individualistic, solutions to social problems brought about by the mechanization of agriculture and the Dust Bowl drought.

The Grapes of Wrath at Amazon 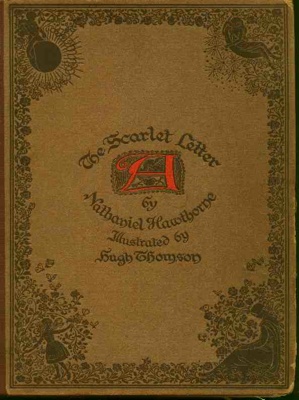 The Scarlet Letter is set in Puritan New England (specifically Boston) in the seventeenth century, it tells the story of Hester Prynne, who gives birth after committing adultery, refuses to name the father, and struggles to create a new life of repentance and dignity. Throughout, Hawthorne explores the issues of grace, legalism, and guilt.

The Scarlet Letter at Amazon 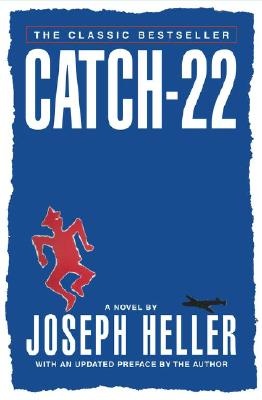 This novel follows Captain John Yossarian, a U.S. Army Air Forces B-25 bombardier, and a number of other characters. Most events occur while the airmen of the Fighting 256th (or “two to the fighting eighth power”) Squadron are based on the island of Pianosa, west of Italy. Many events in the book are repeatedly described from differing points of view, so the reader learns more about the event from each iteration. The narrative also describes events out of sequence, and furthermore the events are referred to as if the reader already knows all about them. 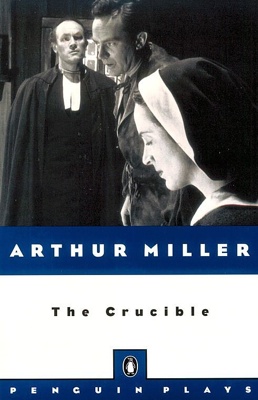 The Crucible is a 1952 play by Arthur Miller. Based on the events surrounding the 1692 witch trials of Salem, Massachusetts, Miller used that event as an allegory for McCarthyism and the Red Scare, which was a period of time in which Americans were in fear of communism and the government blacklisted accused communists. The Red Scare occurred in the United States in the 1950s. Miller himself was questioned by the House Committee on Un-American Activities in 1956.

The Crucible at Amazon 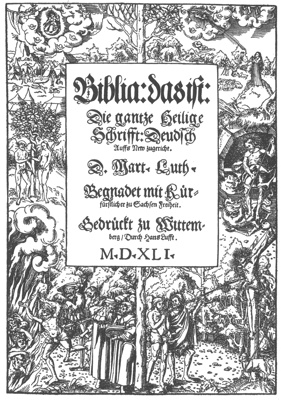 Upon publication, the edition of the Bible made by Martin Luther was placed on the Index of Forbidden Books. You can read the full 1559 edition of the Index here. It was issued by the Roman Office of the Inquisition. It also includes the Talmud and the Koran. The 1948 edition is here.

The Bible at Amazon