The Da Vinci Code, a popular suspense novel by Dan Brown, generated a great deal of criticism and controversy after its publication in 2003. Additional criticisms were directed towards the book’s inaccurate descriptions of European art, history, architecture, and geography. The Author, in the opening pages of the book, claims that, aside from the modern characters, the book is completely factual. This is a list of the biggest errors in the book. 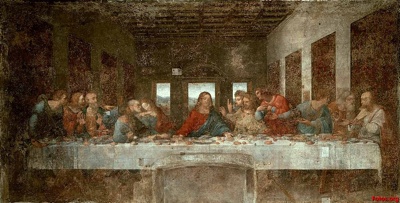 The contention that Mary Magdalene is depicted sitting next to Jesus in Leonardo’s famous The Last Supper is disputed by virtually all art historians. Since there are twelve disciples (including Judas), one would have to be missing for Mary to be present. The figure to the right of Christ, also wearing blue and red, is usually identified as John the Apostle, who was customarily depicted in the Renaissance period as a beardless, often “effeminate” youth with very long hair. The “femininity” of the figure can be attributed to Leonardo’s artistic training in a workshop of the Florentine School, which had a long tradition of often depicting young males as sweet, pretty, rather “effeminate” persons.

Search for your own errors or just enjoy the suspense—buy The Da Vinci Code at Amazon.com!

The portrayal of the Priory of Sion as an ancient organization connected to goddess-worship is incorrect: The actual “Priory of Sion” was founded in 1956 by Pierre Plantard, Andre Bonhomme and others, not in 1099 as claimed in the book, and it was named after a mountain in France, not the biblical Mount Zion. Les Dossiers Secrets was a forgery created by Philippe de Cherisey for Plantard. Plantard, under oath, eventually admitted that the whole thing was fabricated. 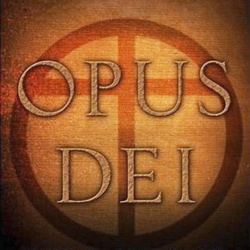 The depiction of Opus Dei as a monastic order which is the Pope’s “personal prelature” is inaccurate. In fact, there are no monks in Opus Dei, which has primarily lay membership and whose celibate lay members are called numeraries. Moreover, Opus Dei encourages its lay members to avoid practices that are perceived as fundamentalist to the outside world. Silas, the murderous “Opus Dei monk”, uses a cilice and flagellates himself. Some members of Opus Dei do practice voluntary mortification of the flesh, as has been a Christian tradition since at least St. Anthony in the 3rd century and has also been practised by Mother Teresa, Padre Pio and slain archbishop Óscar Romero. Critics charge Brown of greatly sensationalizing the practice of such mortifications and exaggerating the extent of their practice. It is impossible to gain the kind of wounds Silas is described as having from a normal cilice. 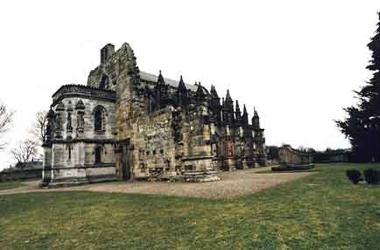 The Chapel is a major feature in the last part of the novel, though many incorrect assertions were made about the structure. For example, Brown’s book states that the Chapel was built by the Knights Templar, and contains a six-pointed Star of David worn into the stone floor although such star has ever been seen in the floor. Many sources say that Dan Brown never visited the Chapel till after the publication of his Da Vinci Code book, and most of his material came from previously published material. Another claim is that the name “Rosslyn” is a form of the phrase “Rose line”, and that a line starting in France also runs through the Chapel. In fact, the name “Rosslyn” comes from two Celtic words: “ros,” meaning promontory or point, and “lyn”, meaning waterfall. As far as the “secret code” that Brown claims exists in the chapel, most recently father and son team, Thomas and Stuart Mitchell, have shown that it is most likely a piece of music. They have decoded the music and you can hear it here. I wonder if Dan Brown plans to give them the reward he offered for its decoding. 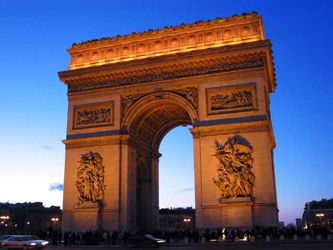 Several claims about the Church of Saint-Sulpice in Paris are disputed. While there is a brass line running north-south through the church, it is not a part of the Paris Meridian, which passes about 100 meters east of it. The line is instead more of a gnomon or sundial/calendar, meant to mark the solstice and equinoxes. Further, there is no evidence that there was ever a temple of Isis on the site. The reference to Paris having been founded by the Merovingians (Chapter 55) is false; in fact, the city was settled by Gauls by the 3rd Century BC. The Romans, who knew it as Lutetia, captured it in 52 BC under Julius Caesar, and left substantial ruins in the city, including an amphitheater and public baths. The Merovingians did not rule in France until the 6th century AD, by which time Paris was at least 800 years old. The novel claims that the top of the Centre Pompidou can be seen from the Arc du Carrousel (chapter 3). This is incorrect. The book erroneously places Versailles to the north-west of Paris, when actually it is approximately 25 kilometers west-south-west of Paris city centre. 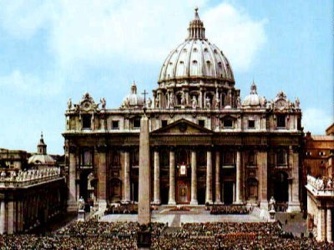 In the story, it is repeatedly said that the Vatican was the center of power in the early Catholic Church, including reference to “the Vatican” suppressing Gnostic writings in the 4th century. Until the early Renaissance, the papal palace was in different locations, ranging from the cathedral of St. John Lateran, to Anagni, to Avignon. It was not until the 15th century that there was anything like official power in the vicinity of the Vatican Hill in Rome. In the 4th century, the Vatican was little more than a church and cemetery by the side of the road. Also, St. Peter’s is referred to as a cathedral; it is technically a church. St Peter’s is the second largest church in the world, and covers 5.7 acres 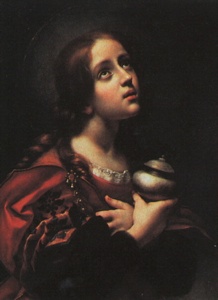 Historians have disputed the claim that Mary Magdalene was of the tribe of Benjamin. There is no mention of this in the Bible or in other ancient sources. The fact that Magdala was located in northern Israel, whereas the tribe of Benjamin resided in the south, weighs against it. Furthermore, Paul was a Benjamite but makes no mention of this supposed heritage. Mary Magdalene is revered as a saint in France; a cave in the Sainte-Baume mountains of Provence, where she is believed to have lived, is a popular pilgrimage site. It is believed that she died and is buried there.

Read between the lines of Dan Brown’s famous novel with The Black Madonna and Christ: What The Da Vinci Code Did Not Say at Amazon.com! 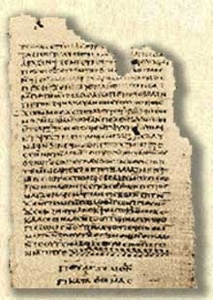 The book claims that the Gnostic Gospels (e.g. the Gospels of Thomas, Philip, Mary Magdalene, and the recently rediscovered Judas) are far older, less corrupted, and more accurate than the four included in the Bible. With the possible exception of Thomas, the other Gospels date from the 2nd Century through the 4th Century, while the canonical four are thought by most scholars to date from the 1st Century or early 2nd Century. In the story, a character claims that the label “heretic” was used only after the Nicene Council (325 AD), in order to persecute Gnostics. In fact, St Irenaeus used the term “heresy” to label Gnostic teachings in the second century, long before the Church had any political power to persecute anyone. 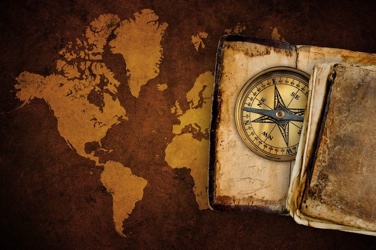 The book’s storyline that the “Albino Monk” was arrested in France, imprisoned in Andorra and escaped to Spain, demonstrates the lack of basic research that would be gleaned from a quick glance at a map or tourist guide. It is improbable that someone arrested along the French coast would be imprisoned in another country (in this case Andorra which is a different jurisdiction and several hundred kilometers away up in the Pyrenean mountains). After the scene in the Temple Church, London, the heroes of the story take the tube from Temple Station to King’s College. In fact King’s College is nearer to the Temple Church than to Temple Station, and any tube journey would have carried them further away from King’s College. At the start of chapter 104, (Rosslyn Chapel), Brown states “The chapel’s geographic coordinates fall precisely on the north-south meridian that runs through Glastonbury”. This statement is incorrect: Rosslyn Chapel lies on longitude 3:07:13 west and Glastonbury Tor 2:42:05 west. Brown appears to have confused geographic north with magnetic north. 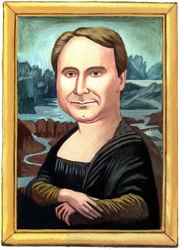 Albinos typically have very poor vision; in fact, many are legally blind. It is therefore highly unlikely that the albino Silas could ever become an expert marksman, or even that he could drive.

It is stated that the Dead Sea Scrolls were found in “the 1950s,” when in fact the initial discovery was made in 1947, with additional documents being located up to 1956.

In the novel, Brown says the gnostic gospels found in Nag Hammadi, Egypt, in 1945, were “scrolls.” They were actually codices- individual pages bound together as books.

Note: Obviously I would not recommend reading this book – you will be less intelligent after having done so. However, if you want to read an excellent book that covers all of the subjects in the Da Vinci Code as well as others, and does so in an extremely well researched way, I strongly recommend you read Foucault’s Pendulum by Umberto Eco, author of Name of the Rose. You can buy it here.

I will let the New York Times have the last word on this list: “[The Da Vinci Code is] Dan Brown’s best-selling primer on how not to write an English sentence”.