The most unfortunate aspect to researching this list was the realization that that I could do a top 100 most evil men and still have a multitude of people for a second list! The selection of this list is based not upon death tolls, but upon the general actions, and impact, or brutality of the people. From bad to worst, here are the top 10 evil men in history. 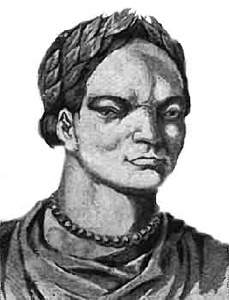 Attila was Khan of the Huns from 434 until his death in 453. He was leader of the Hunnic Empire which stretched from Germany to the Ural River and from the Danube River to the Baltic Sea. In much of Western Europe, he is remembered as the epitome of cruelty and rapacity. An unsuccessful campaign in Persia was followed in 441 by an invasion of the Eastern Roman Empire, the success of which emboldened Attila to invade the West. He passed unhindered through Austria and Germany, across the Rhine into Gaul, plundering and devastating all in his path with a ferocity unparalleled in the records of barbarian invasions and compelling those he overcame to augment his mighty army. Attila drowned in his own blood on his wedding night.

Add a little humor with the Attila the Hen Novelty Teapot at Amazon.com! 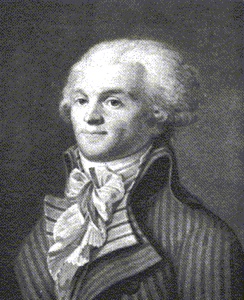 Maximilien Robespierre was a leader of the French Revolution and it was his arguments that caused the revolutionary government to murder the king without a trial. In addition, Robespierre was one of the main driving forces behind the reign of terror, a 10 month post-revolutionary period in which mass executions were carried out. The terror took the lives of between 18,500 to 40,000 people, with 1,900 being killed in the last month. Among people who were condemned by the revolutionary tribunals, about 8 percent were aristocrats, 6 percent clergy, 14 percent middle class, and 70 percent were workers or peasants accused of hoarding, evading the draft, desertion, rebellion, and other purported crimes.

In an act of coincidental justice, Robespierre was guillotined without a trial in 1794.

Ayatollah Khomeini was the religious leader of Iran from 1979 to 1989. In that time he implemented Sharia Law (Islamic religious law) with the Islamic dress code enforced for both men and women by Islamic Revolutionary Guards and other Islamic groups. Opposition to the religious rule of the clergy or Islam in general was often met with harsh punishments. In a talk at the Fayzieah School in Qom, August 30, 1979, Khomeini said:

“Those who are trying to bring corruption and destruction to our country in the name of democracy will be oppressed. They are worse than Bani-Ghorizeh Jews, and they must be hanged. We will oppress them by God’s order and God’s call to prayer.”

In the 1988 massacre of Iranian prisoners, following the People’s Mujahedin of Iran operation Forough-e Javidan against the Islamic Republic, Khomeini issued an order to judicial officials to judge every Iranian political prisoner and kill those who would not repent anti-regime activities. Many say that thousands were swiftly put to death inside the prisons. The suppressed memoirs of Grand Ayatollah Hossein-Ali Montazeri reportedly detail the execution of 30,000 political activists.

After 11 days in a hospital for an operation to stop internal bleeding, Khomeini died of cancer on Saturday, June 04, 1989, at the age of 86.

Idi Amin was an army officer and president of Uganda. He took power in a military coup in January 1971, deposing Milton Obote. His rule was characterized by human rights abuses, political repression, ethnic persecution, extra judicial killings and the expulsion of Indians from Uganda. The number of people killed as a result of his regime is unknown; estimates range from 80,000 to 500,000. On August 4, 1972, Amin issued a decree ordering the expulsion of the 60,000 Asians who were not Ugandan citizens (most of them held British passports). This was later amended to include all 80,000 Asians, with the exception of professionals, such as doctors, lawyers, and teachers. Amin was eventually overthrown, but until his death, he held that Uganda needed him and he never expressed remorse for the abuses of his regime. 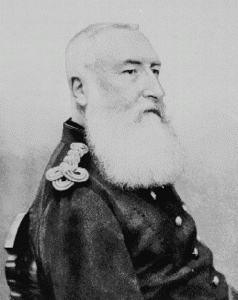 Leopold II was King of Belgium from 1865-1909. With financial support from the government, Leopold created the Congo Free State, a private project undertaken to extract rubber and ivory in the Congo region of central Africa, which relied on forced labor and resulted in the deaths of approximately 3 million Congolese. The regime of the Congo Free State became one of the more infamous international scandals of the turn of the century. The area of land privately owned by the King was an area 76 times larger than Belgium, which he was free to rule as a personal domain through his private army, the Force Publique. Leopold’s rubber gatherers tortured, maimed and slaughtered until at the turn of the century, the conscience of the Western world forced Brussels to call a halt. 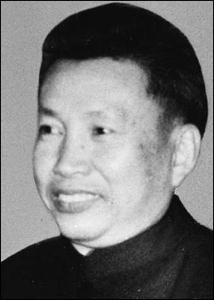 Pol Pot was the leader of the Khmer Rouge and the Prime Minister of Cambodia from 1976 to 1979, having been de facto leader since mid-1975. During his time in power Pol Pot imposed an extreme version of agrarian communism where all city dwellers were relocated to the countryside to work in collective farms and forced labor projects. The combined effect of slave labor, malnutrition, poor medical care, and executions is estimated to have killed around 2 million Cambodians (approximately one third of the population). His regime achieved special notoriety for singling out all intellectuals and other “bourgeois enemies” for murder. The Khmer Rouge committed mass executions in sites known as the Killing Fields. The executed were buried in mass graves. In order to save ammunition, executions were often carried out using hammers, axe handles, spades, or sharpened bamboo sticks. 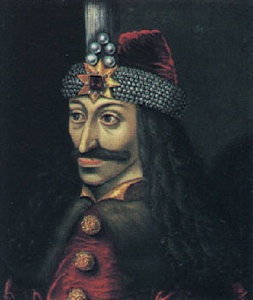 Vlad III of Romania (also known as Vlad the Impaler) was Prince of Wallachia three times between 1448 and 1476. Vlad is best known for the legends of the exceedingly cruel punishments he imposed during his reign and for serving as the primary inspiration for the main vampire in Bram Stoker’s popular Dracula novel. In Romania he is viewed by many as a prince with a deep sense of justice. His method of torture was a horse attached to each of the victim’s legs as a sharpened stake was gradually forced into the body. The end of the stake was usually oiled, and care was taken that the stake not be too sharp; else the victim might die too rapidly from shock. Wikipedia has an article that describes, in great details, the methods of Vlad’s cruelty. The list of tortures he is alleged to have employed is extensive: nails in heads, cutting off of limbs, blinding, strangulation, burning, cutting off of noses and ears, mutilation of sexual organs (especially in the case of women), scalping, skinning, exposure to the elements or to animals, and boiling alive. There are claims that on some occasions 10,000 people were impaled in 1460 alone. 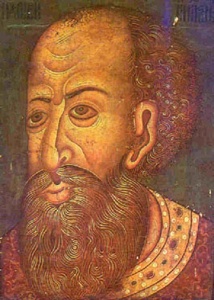 Ivan IV of Russia, also know as Ivan the Terrible, was the Grand Duke of Muscovy from 1533 to 1547 and was the first ruler of Russia to assume the title of Tsar. In 1570, Ivan was under the belief that the elite of the city of Novgorod planned to defect to Poland, and led an army to stop them on January 2. Ivan’s soldiers built walls around the perimeter of the city in order to prevent the people of the city escaping. Between 500 and 1000 people were gathered every day by the troops, then tortured and killed in front of Ivan and his son. In 1581, Ivan beat his pregnant daughter-in-law for wearing immodest clothing, causing a miscarriage. His son, also named Ivan, upon learning of this, engaged in a heated argument with his father, which resulted in Ivan striking his son in the head with his pointed staff, causing his son’s (accidental) death.

Adolf Hitler was appointed Chancellor of Germany in 1933, becoming “Führer” in 1934 until his suicide in 1945. By the end of the second world war, Hitler’s policies of territorial conquest and racial subjugation had brought death and destruction to tens of millions of people, including the genocide of some six million Jews in what is now known as the Holocaust. On April 30, 1945, after intense street-to-street combat, when Soviet troops were spotted within a block or two of the Reich Chancellory, Hitler committed suicide, shooting himself while simultaneously biting into a cyanide capsule.

Stalin was General Secretary of the Communist Party of the Soviet Union’s Central Committee from 1922 until his death in 1953. Under Stalin’s leadership, the Ukraine suffered from a famine (Holodomor) so great it is considered by many to be an act of genocide on the part of Stalin’s government. Estimates of the number of deaths range from 2.5 million to 10 million. The famine was caused by direct political and administrative decisions. In addition to the famine, Stalin ordered purges within the Soviet Union of any person deemed to be an enemy of the state. In total, estimates of the total number murdered under Stalin’s reign, range from 10 million to 60 million people. 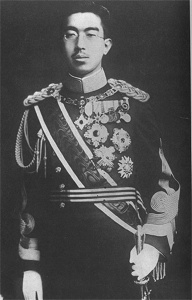 Hirohito was the Emperor of Japan from 1926 to 1989. In 1937, Japanese troops committed the war crime that is now known as the Rape of Nanking (the then Capital of China, now known as Nanjing). The duration of the massacre is not clearly defined, although the violence lasted well into the next six weeks, until early February 1938. During the occupation of Nanjing, the Japanese army committed numerous atrocities such as rape, looting, arson, and the execution of prisoners of war and civilians. A large number of women and children were also killed, as rape and murder became more widespread. The death toll is generally considered to be between 150,000 and 300,000. This Wikipedia article contains images and descriptions of the atrocities committed.