A coup d’état is the sudden, unconstitutional deposition of a legitimate government, by a small group of the State Establishment — usually the military — to replace the deposed government with another, either civil or military. A coup d’état succeeds when the usurpers establish their legitimacy if the attacked government fail to thwart them, by allowing their (strategic, tactical, political) consolidation and then receiving the deposed government’s surrender; or the acquiescence of the populace and the non-participant military forces. This list looks at 10 of the most significant coups in history.

10
Nazi take over of power 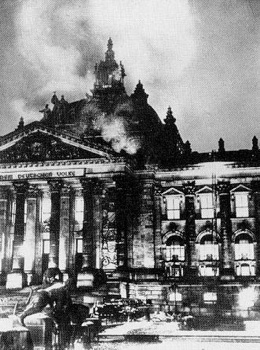 The government of Germany installed a totalitarian dictatorship in a series of measures in quick succession. On the night of 27 February 1933 the Reichstag building was set on fire and Dutch council communist Marinus van der Lubbe was found inside the building. He was arrested and charged with starting the blaze. The event had an immediate effect on thousands of anarchists, socialists and communists throughout the Reich, many of whom were sent to the Dachau concentration camp. The unnerved public worried that the fire had been a signal meant to initiate the communist revolution, and the Nazis found the event to be of immeasurable value in getting rid of potential insurgents. This event was quickly followed by the Reichstag Fire Decree, rescinding habeas corpus and other civil liberties.

The Enabling Act was passed in March 1933, with 444 votes, to the 94 of the remaining Social Democrats. The act gave the government (and thus effectively the Nazi Party) legislative powers and also authorized it to deviate from the provisions of the constitution for four years. In effect, Hitler had seized dictatorial powers.

This is so low on the list because it was a coup against Hitler’s own government. 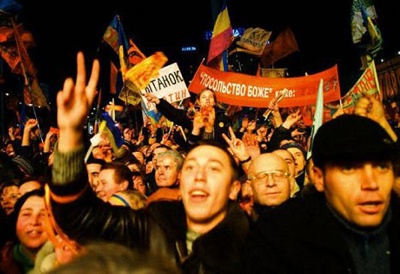 The Orange Revolution was a series of protests and political events that took place in Ukraine from late November 2004 to January 2005, in the immediate aftermath of the run-off vote of the 2004 Ukrainian presidential election which was claimed to be marred by massive corruption, voter intimidation and direct electoral fraud. Kiev, the Ukrainian capital, was the focal point of the movement with thousands of protesters demonstrating daily. Nationwide, the democratic revolution was highlighted by a series of acts of civil disobedience, sit-ins, and general strikes organized by the opposition movement. The protests brought about a re-vote which ultimately deposed the sitting leader of Ukraine. 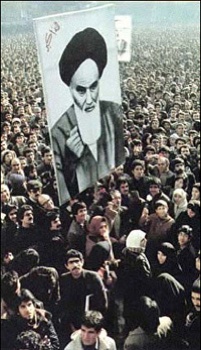 The Iranian Revolution (mostly known as the Islamic Revolution) refers to events involving the overthrow of Iran’s monarchy under Shah Mohammad Reza Pahlavi and its replacement with an Islamic republic under Ayatollah Ruhollah Khomeini, the leader of the revolution. It has been called an event that “made Islamic fundamentalism a political force … from Morocco to Malaysia.” The revolution was populist, nationalist and most of all Shi’a Islamic. It was in part a conservative backlash against the Westernizing and secularizing efforts of the Western-backed Shah, and not-so-conservative reaction to social injustice and other shortcomings of the ancien regime. The Shah was perceived by many as beholden to — if not a puppet of — a non-Muslim Western power (the United States) whose culture was contaminating that of Iran’s. 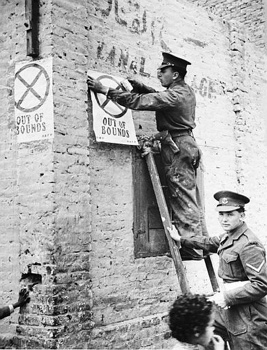 The Egyptian Revolution of 1952, also known as the July 23 Revolution, began with a military coup d’état that took place on July 23, 1952 by a group of young army officers who named themselves “The Free Officers Movement”. The revolution was initially aimed at overthrowing King Farouk I. However, the movement had more political ambitions and soon moved to abolish the constitutional monarchy and establish a republic. The success of the revolution inspired numerous Arab and African countries to undergo a similar process to remove what they believed to be corrupt regimes. The significance of this coup is that not only did it inspire other countries to revolt, it also lead to the suez canal being nationalized which caused the suez crisis which forced France and Britain to decolonize. 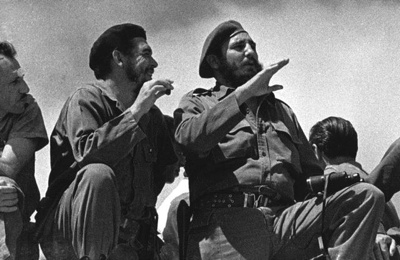 The Cuban Revolution refers to the revolution that led to the overthrow of the United States proxy ruler General Fulgencio Batista’s regime on January 1, 1959 by the 26th of July Movement and other revolutionary elements within the country. The Cuban Revolution also refers to the ongoing implementation of social and economic programs by the new government since the overthrow of the Batista dictatorship, including the implementation of Marxist policies. The starting point of the Cuban Revolution is generally accepted to be July 26, 1953, the date on which a group of 160 poorly armed rebels attacked the Moncada Barracks in Santiago and the barracks in Bayamo. The exact number of rebels killed is debatable, however in his biography, Castro claims that five were killed in the fighting, and an additional fifty-six were killed later by the Batista regime. This is a significant coup because it put a communist country in the USA’s backyard which later (in 1962) almost caused a war between the USSR and the USA. 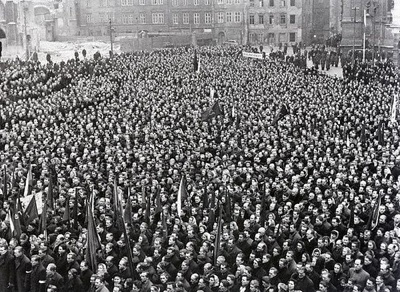 The Czechoslovak coup d’état of 1948 (often simply the Czech coup) was an event late that February in which the Communist Party of Czechoslovakia, with Soviet backing, assumed undisputed control over the government of Czechoslovakia, ushering in over four decades of dictatorship under its rule. The coup’s significance extended well beyond the country’s boundaries, however, as it was a clear marker along the already well-advanced road to full-fledged Cold War. The shock with which the West greeted the event helped spur quick adoption of the Marshall Plan, the creation of a state in West Germany, vigorous measures to keep Communists out of power in France and especially Italy, and steps toward mutual security that would, in little over a year, result in the establishment of NATO and the definitive drawing of the Iron Curtain until the Autumn of Nations in 1989. 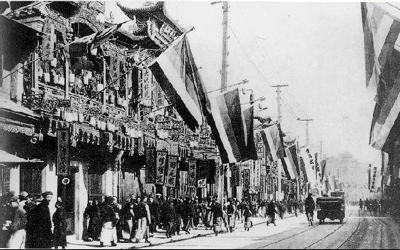 The Xinhai Revolution or Hsinhai Revolution, also known as the 1911 Revolution or the Chinese Revolution, began with the Wuchang Uprising on October 10, 1911 and ended with the abdication of Emperor Puyi on February 12, 1912. The primary parties to the conflict were the Imperial forces of the Qing Dynasty (1644–1911), and the revolutionary forces of the Chinese Revolutionary Alliance. The revolution is so named because 1911 is a Xinhai Year in the sexagenary cycle of the Chinese calendar. The Xinhai Revolution was motivated by anger at corruption in the Qing government, by frustration with the government’s inability to restrain the interventions of foreign powers, and by majority Han Chinese resentment toward a government dominated by an ethnic minority (the Manchus). The revolution did not result immediately in a republican form of government; instead, it set up a weak provisional central government over a country which remained politically fragmented. The revolution concluded on February 12, 1912, when the Republic of China formally replaced the Qing Dynasty. 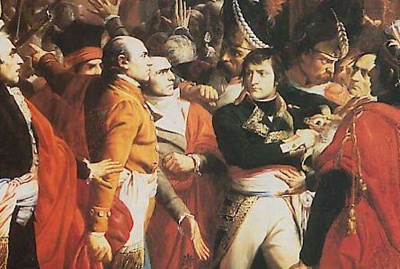 18 Brumaire refers to the coup d’état by which General Napoleon Bonaparte overthrew the French Directory, replacing it with the Consulate. This occurred on 9 November 1799, which was 18 Brumaire, Year VIII under the French Republican Calendar.

On the morning of 18 Brumaire, members of the Council of Ancients sympathetic to the coup warned their colleagues of a Jacobin conspiracy and persuaded them to remove to the Château de Saint-Cloud, west of Paris. General Bonaparte was charged with the safety of the two Councils. Later that morning Sieyès and Roger Ducos resigned as Directors. Talleyrand persuaded Barras to do the same (the troops in the garden outside were persuasive).

The resignation of three of the five Directors prevented a quorum and thus practically abolished the Directory, but the two Jacobin Directors, Gohier and Moulin, refused to resign. Gohier was taken prisoner and Moulin escaped. The two Councils were not yet intimidated and continued meeting. By the following day, the deputies had, for the most part, realized that they were facing an attempted coup rather than being protected from a Jacobin rebellion. Faced with their recalcitrance, Napoleon stormed into the chambers, escorted by a small force of grenadiers. While perhaps unplanned, this proved to be a coup within a coup.

This is particularly significant as it put Napoleon Bonaparte into power and made the Napoleonic Wars possible. 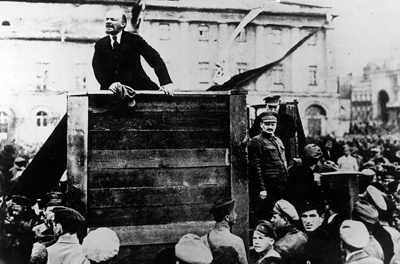 The revolution was led by the Bolsheviks, who used their influence in the Petrograd Soviet to organize the armed forces. Bolshevik Red Guards forces under the Military Revolutionary Committee began the takeover of government buildings on 24 October. On 25 October the Winter Palace (the seat of the Provisional government located in Petrograd, then capital of Russia), was captured. 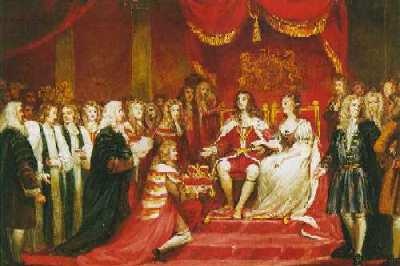 The Glorious Revolution, also called the Revolution of 1688, was the overthrow of King James II of England (VII of Scotland) in 1688 by a union of Parliamentarians with an invading army led by the Dutch stadtholder William III of Orange-Nassau (William of Orange), who as a result ascended the English throne as William III of England. It is sometimes called the Bloodless Revolution, but this is Anglocentric as it ignores the three major battles in Ireland and serious fighting in Scotland. Even in England it was not completely bloodless, since there were two significant clashes between the two armies, plus anti-Catholic riots in several towns.

This is on the list as it can be argued that James’s overthrow began modern English parliamentary democracy: never again would the monarch hold absolute power, and the Bill of Rights became one of the most important documents in the political history of Britain.