With all the discussion around the net regarding the new 7 wonders of the world, I thought that a nice complement to that would the be the 7 wonders of the technological world. I searched around for inspiration and was surprised to find that no one has put together a really decent list. One of the prominent lists I found included Microsoft Surface – how ridiculous! (I wonder who owns that newspaper). So, without further ado, here is the list of the Top 7 Wonders of the Technological World.

This item will be the most controversial on the list I think. My reason for including it is the impact it has had worldwide on how we listen to music, how we buy music, and how we perceive entertainment as a whole. The iPod was not the first portable digital music device, but it has undoubtedly had the most effect of all. It has spawned an entire industry of supporting gadgets and accessories and it has been the basis of the only successful attempt by any company to break the Recording Industry’s hold on music distribution. For that alone, we owe Apple Corporation a big thank you.

Apple’s hardware engineering chief, Jon Rubinstein, assembled a team of engineers to design the iPod, including Tony Fadell, hardware engineer Michael Dhuey, and design engineer Jonathan Ive, with Stan Ng as the marketing manager. The product was developed in less than a year and unveiled on October 23, 2001. CEO Steve Jobs announced it as a Mac-compatible product with a 5 GB hard drive that put “1000 songs in your pocket.” 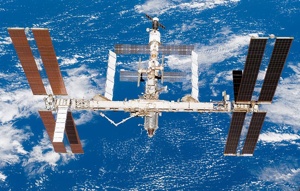 Some 60 years ago the world was plunged in to one of the greatest wars known to man. Not so many years after that we were thrown in to the cold war. Who would have believed that before the end of the 20th century, countries that were bitter enemies for the larger part of the century would join together to create a space station? The countries participating at present are the United States, Russia, Japan, Canada, and numerous European nations. The Space Station has enabled us to learn that we can work together peacefully, especially in the pursuit of scientific knowledge.

In the early 1980s, NASA planned Space Station Freedom as a counterpart to the Soviet Salyut and Mir space stations. It never left the drawing board and, with the end of the Soviet Union and the Cold War, it was cancelled. The end of the Space race prompted the U.S. administration officials to start negotiations with international partners Europe, Russia, Japan and Canada in the early 1990s in order to build a truly international space station. This project was first announced in 1993. The first section, the Zarya Functional Cargo Block, was put in orbit in November 1998 on a Russian Proton rocket. 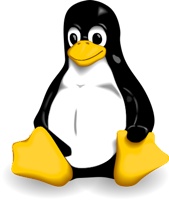 Linux has to be on the list for the very fact that it truly opened the door to Open Source software to more people than any other open source project. The very fact that so many people can work together without meeting face to face to bring together such a complex project as an operating system – and to make it good enough to compete with the giants in the industry, is a wonder in itself. The project started as the brain child of Linus Torvalds.

In 1991, Linus Torvalds began to work on a non-commercial replacement for MINIX (another Unix-like operating system) while he was attending the University of Helsinki. With code from the GNU system freely available, it was advantageous that this could be used with the fledgling OS. Torvalds initiated a switch from his original license (which prohibited commercial redistribution) to the GNU GPL. Linux and GNU developers worked to integrate GNU components with Linux to make a fully functional and free operating system. 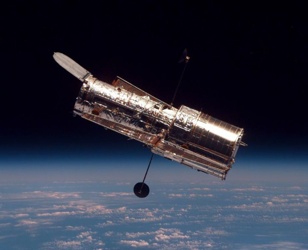 Since its launch in 1990, the Hubble Space Telescope has become one of the most significant instruments in the history of astronomy. Children of today do not need to look in to the sky and wonder – Hubble has brought the beauty of the heavens to the face of the earth. The Hubble telescope has enabled a multitude of incredibly discoveries about our universe and origins to be made. It has also provided us with some of the most beautiful images of all time. To understand the true value of this telescope, consider the Hubble Ultra Deep Field – the deepest image of the universe ever taken in visible light, looking back in time more than 13 billion years. It is impossible to look at this image and not feel a sense of awe at the technological achievement that made it possible. For your viewing pleasure, here is a full 3100 × 3120 pixel copy of the HUDF.

The history of the Hubble Space Telescope can be traced back as far as 1946, when the astronomer Lyman Spitzer wrote the paper Astronomical advantages of an extra-terrestrial observatory. Spitzer devoted much of his career to pushing for a space telescope to be developed. In 1962 a report by the U.S. National Academy of Sciences recommended the development of a space telescope as part of the space program, and in 1965 Spitzer was appointed as head of a committee given the task of defining the scientific objectives for a large space telescope. On April 24, 1990, Space Shuttle Discovery launched in Florida, taking the Hubble Space Telescope in to space.

Have you ever wondered what’s waiting for us beyond the skies? Look for yourself with a Celestron 127EQ PowerSeeker Telescope at Amazon.com! 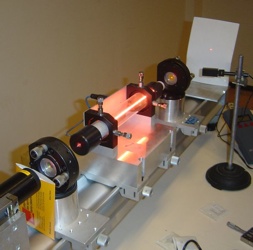 When lasers were invented in 1960, they were called “a solution looking for a problem”. Since then, they have become ubiquitous, finding utility in thousands of highly varied applications in every section of modern society, including consumer electronics, information technology, science, medicine, industry, law enforcement, entertainment, and the military. Every day virtually every person is effected in one way or another by lasers. In the medical field, lasers have revolutionized surgery and we can now restore sight to the near-blind with their help.

With its origins in the theories of scientists like Einstein, in 1960 Theodore H. Maiman created the first working laser at Hughes Research Laboratories in Malibu, California. It used a solid-state flashlamp-pumped synthetic ruby crystal to produce red laser light at 694 nanometres wavelength. Later that year, Iranian physicist Ali Javan, working with William Bennet and Donald Herriot, made the first gas laser using helium and neon. 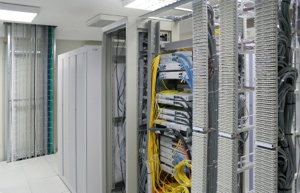 There will be no controversy about this entry. The computer has changed the world so much that we could say we are now living in the computer age, having left the industrial age well behind us. Computers are used in virtually every arena of human life – including medicine, science, crime detection, entertainment, and much much more. The computer has revolutionized so many aspects of our lives that it is now hard to imagine life without it. 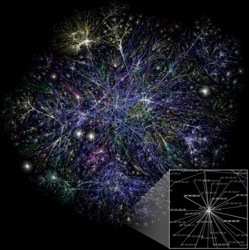 A visualization of the Internet

Admittedly, without computers, we would not have the Internet, but the Internet far supersedes the computer in order of importance. It is fair to say that the Internet is the new Library of Alexandria. The Internet now stores an immense portion of human knowledge and it is not just available to an elite few – it is available to every man, woman, and child in the free world. For many of us, our daily life relies heavily on the internet – not just for information gathering and research, but for shopping, entertainment, news, and communication. It allows us to speak to any person on the planet without the high costs imposed by telephone companies. The Internet has launched the careers of many great artists – people who would normally be overlooked by the mainstream industries they work in. There can be no doubt, the Internet is the greatest wonder of the technological world.

The USSR’s launch of Sputnik spurred the United States to create the Advanced Research Projects Agency, known as ARPA, in February 1958 to regain a technological lead. After much work, the first node went live at UCLA on October 29, 1969 on what would be called the ARPANET, one of the “eve” networks of today’s Internet. The first TCP/IP-wide area network was operational by January 1, 1983, when the United States’ National Science Foundation (NSF) constructed a university network backbone that would later become the NSFNet. It was then followed by the opening of the network to commercial interests in 1985. Important, separate networks that offered gateways into, then later merged with, the NSFNet include Usenet, BITNET and the various commercial and educational networks, such as X.25, Compuserve and JANET.