Throughout history many tales have sprung up about legendary races of people. They often have attributes that make them different from humans whilst retaining humanoid qualities. This is a list of ten legendary races. 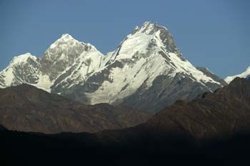 Abarimon is the name of a legendary race of people native to a country of the same name. The people of Abarimon had backwards feet, but in spite of this handicap were able to run at great speed. They lived side by side with wild animals and attempts to capture them failed because they were so savage.

They lived in a great valley of Mount Imaus (now called the Himalayan Mountains). There was a special quality of air which meant if it was breathed for a long period of time it would be impossible to breathe any other type of air and the inhabitants could never leave the valley alive.

The Abarimon people were first described by Pliny the Elder in his book, Natural History. A similar tale is recounted by Aulus Gellius in Attic Nights.

With so many different beliefs in history, it’s hard to keep up. Buy Mythology: Timeless Tales of Gods and Heroes at Amazon.com!

Legend states that if one happens to come across an Abatwa, one will typically be asked a question like, “From where did you first see me?” One must reply by saying one saw them from a mountain, or some far away area. They are said to be extremely sensitive about their size, and if one answers by saying that one only saw them right then for the first time, the Abatwa will try to kill them with poison arrows. Stepping on an Abatwa by accident is also said to be a death sentence.

Due to their shy nature, they will only tolerate being seen by the very young (said to be anyone under the age of 4), by magicians, and by pregnant women. If a pregnant woman in her seventh month of pregnancy sees a male Abatwa, it is said that she will give birth to a boy. 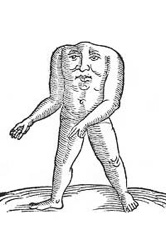 Creatures from English folklore with no heads and a mouth in their chests. Their diminutive brain was located in their groin, and their eyes on their shoulders. While they were made widely known by William Shakespeare in The Merry Wives of Windsor (1602) and Othello (1605), they were not created by Shakespeare, and indeed were mentioned as early as the 5th century BC in the Histories of Herodotus as “blemmyes”. 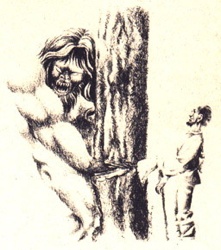 Basque mythology, the basajaun (plural: basajaunak) were an ancient human race of stout, hairy wild men who were megalith builders. Basajaun means “Lord of the Woods”. They once dwelled in the mountains of the Basque Pyrenees of northern Spain and southern France. They had knowledge of magic. The Basajaun was heavily built and about 2 to 3 meters tall. Dark reddish hair reached their knees. They were very agile, strong, hairy beings with animal characteristics. The Basajaun watch over the forests and all wild creatures. They are rural genies, also called the Wild Lords. They are also considered to be the protector of flocks. When comes a storm a Basajaun will shout warnings to the shepherds; and they prevent wolves from approaching flocks. They are the first to have cultivated the earth. Human beings obtained the right to cultivate the earth when a man won a bet with a Basajaun. He stole the seeds that the Basajun was sowing and he came back to his peoples to teach them how to produce food.

Dziwozony is a race of tall, wild women found in the forests of Poland. They attack people and sometimes carry off young men to be their husbands. The Dziwozony throw their breasts over their shoulders to run more swiftly. 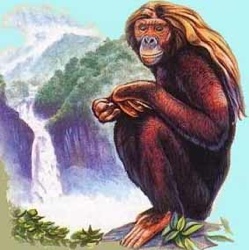 Ebu Gogo is a human-like creature (or race of creatures) which appears in the mythology of the people of the island of Flores, Indonesia, of similar form to the leprechaun or elf. These “little people” are said to be about one meter tall, covered in hair, pot-bellied and with ears that stick out. They are held to walk somewhat awkwardly and are often said to be “murmuring” in what is assumed to be their own language. It is also said by the islanders that the Ebu Gogo can repeat what is said to them in parrot-like fashion. 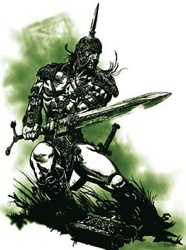 In far antiquity the Fir Bolg were the rulers of Ireland (at the time called Ériu) immediately before the arrival of the Tuatha Dé Danann, who many interpret as the Gaelic gods. The King of the Tuatha Dé, Nuada, sued for half the island for his people, but the Fir Bolg king refused. At the ensuing Battle of Mag Tuired the Fir Bolg were all but conquered and their king slain by the goddess Morrigu, though the fierce efforts of their champion Sreng saved them from utter loss, and the Tuatha Dé were so touched by their nobility and spirit they gave them one quarter of the island as their own. They chose Connacht. After this, the Fir Bolg all but disappear from mythology. 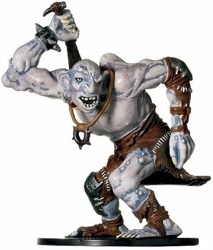 In Irish mythology, the Fomorians, Fomors, or Fomori (Irish Fomóiri, Fomóraig) were a semi-divine race who inhabited Ireland in ancient times. They may have once been believed to be the beings who preceded the gods, similar to the Greek Titans. It has been suggested that they represent the gods of chaos and wild nature, as opposed to the Tuatha Dé Danann who represent the gods of human civilization. Alternatively, they may represent the gods of a proposed pre-Goidelic population of Ireland. 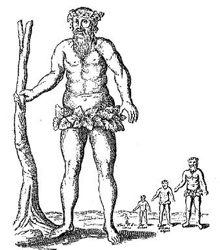 The mythology and legends of many different cultures include mythological creatures/monsters of human appearance but prodigious size and strength. “Giant” is the English word commonly used for such beings, derived from one of the most famed examples: the gigantes of Greek mythology.

In various Indo-European mythologies, gigantic peoples are featured as primeval creatures associated with chaos and the wild nature, and they are frequently in conflict with the gods, be they Olympian or Norse.

There are also other stories featuring giants in the Old Testament, perhaps most famously Goliath. Attributed to them are superhuman strength and physical proportions, a long lifespan, and thus a great deal of knowledge as well. 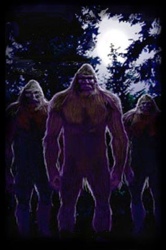 The Salvaje are described as wild men-like hairy creatures from the Venezuelan jungles and the Colombian Andes that, according to the local Amerindians, construct primitive huts and crude weapons. These beings are said to be extremely dangerous, ill-tempered and carnivorous, eating men but carrying off women for breeding purposes. Like the Abarimon, it is asserted that the Salvaje is easily recognized by the traces of its feet, the toes of which are turned backward.