As an expert in writing – okay, I just made that up (count how many times I break my own rules below) – I thought that I would write a list of the top 10 ways to improve your writing. These rules apply to writing on paper or for the internet. You can be sure that you will see a dramatic improvement in your writing by following these simple rules. In no particular order: (yes – I know that isn’t a sentence). 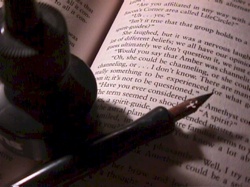 By avoiding the use of passives in your sentences, you can give strength to your words. Passive verbs include “is”, “were”, “was”, “could have”, “would have”, and so on. Take this sentences for example:

The mouse was eaten by the cat (“was eaten” is in the passive voice). A better sentenced would be:
The cat ate the mouse (“ate” is in the active voice).

Still want to enhance your writing? Buy Write Better: 50 Ways to Improve Your Writing at Amazon.com!

You should avoid index works whenever possible. Index words are “this”, “that”, “these”, etc. Here is an example that better illustrates the point:

The American colonials went to war with England. They hoped to achieve independence through doing this.

The sentence above would be better rendered:

The American colonials went to war with England. They hoped to achieve independence on the battlefield.

I realize that the sentence above is not the finest prose around, but it illustrates the point. The second sentence is stronger than the first.

This may be a controversial point, but I strongly believe (as do many people) that, whenever possible, you should avoid the use of words that have come from the Romance languages (languages that have their roots in Latin – Spanish, French, Portuguese, Italian, and Romanian). Our language grew over the years by taking bits and pieces from other languages – some Romance, and some Germanic; in fact, most Romance words have a Germanic counterpart. Germanic words tend to feel stronger and give more weight to your writing. Here is an example:

The British attempted to destroy the Colonial uprising in America. (Attempt, and destroy both have romance origins.)

A better sentence would be:

The British fought to crush the Colonial uprising in America. (Fought, and crush are both germanic in origin.)

The second sentence is much stronger than the first. Sometimes it can be difficult to find a Germanic equivalent, but you can normally do so with a good thesaurus in hand. 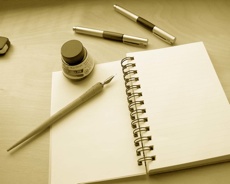 Sometimes a sentence misbehaves – it just doesn’t seem to fit, or feel right. When this happens, take the sentence and re-arrange it. First off, mark the important points of the sentence, then rewrite it so that you don’t lose the core of what you are saying. For example:

Machiavelli mentions having common sense, being practical, and he talks about appearances being important in that one should look a certain way but not necessarily act that way.

You can make this sentence much better by re-arranging it:

For Machiavelli, the “Qualities of a Prince” include: having commonsense, being practical, and constructing proper appearances.

The sentence becomes much stronger (like the examples in the previous items) and your readers can grasp the meaning without trouble.

This is similar to point 4, but rather than just re-arranging, we are removing all the unnecessary weeds. It is important to practice this skill because it will come in handy when we get to point 10. Here is a badly written sentence:

Yuck. While you can understand the sentence, it uses far too many words to get its point across. How about this alternative:

For Machiavelli, one should always be ready to take on arms, to do battle physically.

If your sentence has a complex structure, it can be difficult to read. When you find yourself skimming text, this is probably the cause. Take this example:

Machiavelli’s essay demonstrated what the qualities of an effective ruler should be, however, he forgot about how the common people would react to these qualities.

Here is an improved sentence:

Machiavelli’s essay demonstrated what the qualities of an effective ruler should be, however, he neglected the common people’s reaction.

Like the plague, avoid sentences that are dead before they even begin. Here is an example:

Sentences like this put you off immediately. Your readers will simply not want to go on when they come up against these brick walls. How do you fix this?

It can be advantageous to take an umbrella when visiting London.

When you visit London, take an umbrella.

when you read the second sentence, it is like a breath of fresh air compared to the first!

Keep your sentences short. Long sentences are boring. Short sentences keep your readers interested. Short sentences promote clarity. Clarity is vital in a good sentence. Okay, that was taking it to the extreme, but the facts remain, shorter sentences do tend to promote cleaner writing, and cleaner writing promotes happy readers. Remember, you should not consider these rules to be absolute; some great writers have broken all of these rules to great effect. Here is a famous breach of this rule:

She had got up with these last words; she stood there before him with that particular suggestion in her aspect to which even the long habit of their life together had not closed his sense, kept sharp, year after year, by the collation of types and signs, the comparison of fine object with fine object, of one degree of finish, of one form of the exquisite with another–the appearance of some slight, slim draped “antique” of Vatican or Capitoline halls, late and refined, rare as a note and immortal as a link, set in motion by the miraculous infusion of a modern impulse and yet, for all the sudden freedom of folds and footsteps forsaken after centuries by their pedestal, keeping still the quality, the perfect felicity, of the statue; the blurred, absent eyes, the smoothed, elegant, nameless head, the impersonal flit of a creature lost in an alien age and passing as an image in worn relief round and round a precious vase. [Henry James, The Golden Bowl, 165 words.]

If you think that is bad, you should check out Book IV of Proust’s In Rememberance of Things Past, which has a sentence with an incredible 958 words. Having said that, don’t do it. 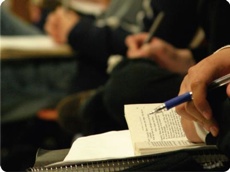 please” Use: correct’ punctuation in. you’re Sentences!. Check Your Spelling Too! Bad punctuation can ruin brilliant writing. Always capitalize correctly (and don’t bother mentioning Cummings – he knew the rules before he broke them). The internet is the worst place for this crime, but you do see it in the written word too. You should start off with a spelling checker on your computer, and then revise with your own eyes. Only your eyes will pick up errors in “its,” “it’s,” “to,” “too,” and other grammar horrors of English.

Have you noticed that many of these examples have been about reducing the amount of text you have written? They are all leading to this final point: revision. In fact, it should be “revise, then revise, then revise again”. You must revise at least three times. More is better. Every time you revise, you should remove something. D. H. Lawrence once said that for every 100 pages he writes, 90 are junk. If you write a 1,000 word essay, the chances are that at least 3/4 of it can be removed. This is the same for fiction and non-fiction. Sylvia Plath pored over her poems for hours with a thesaurus and dictionary, removing anything but the essential parts of her work.

If you work on a computer, do your first revision on screen. You should then print your work and do the second revision on paper. Use a pen to mark the problem areas. After you have read the text in your mind and made your marks, go over it again but read it out loud and make extra marks. Now make the changes to the original and reprint it. Re-read it (in your head, then aloud) making more marks if you need to. Repeat this process until you do not need to make any more changes. You will be amazed at how much junk you find. No one writes perfectly in the first draft (except maybe William Burroughs, but then one can easily debate the meaning of perfect in relation to his writing).