This list is a look at some of the abilities people claim to have that science can not verify – or oftentimes, even witness. The list should be taken with a grain of salt. In no particular order, the top 10 paranormal abilities. 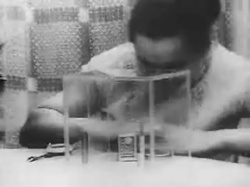 Psychokinesis is also known as Telekinesis and mind over matter, and it is the ability to move or manipulate objects with the mind. This, in combination with pyrokinesis (item 5) is the ability that Carrie White had in the excellent book and movie adaptation of Stephen King’s Carrie. Of all the items in this list, I would say this is the one that most people would love to have. It would make the television remote defunct and we could basically sit on our butts all day long and do nothing! The position normally taken by scientists and skeptics is that any apparent evidence of this ability is the result of fraud. Many books claim to help you learn this ability and they often contain exercises to help. For example, you may be told to throw a dice repeatedly whilst trying to control the number that comes up. Unfortunately, this creates the psychological state of illusion of control, in which a person comes to believe they are influencing the dice, when in fact, on every roll they have a 1 in 6 chance that their number will come up. One famous person who claims to have this ability is Uri Gellar, who is well known for his spoon bending trick in which he would (apparently) gently rub a spoon just beneath the bowl and the spoon would twist or turn. In fact, skeptics have been able to mimic this trick with great success and no claim to having supernatural abilities.

Leap into the unknown realm of supernatural talents with the Handbook of Paranormal Powers: Discover the Secrets of Mind Readers, Mediums, and More! at Amazon.com! 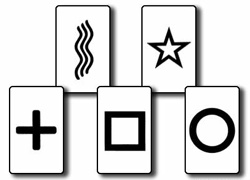 Extra Sensory Perception, or ESP, is the ability to gather information without the use of the 5 senses (hence it is also sometimes called sixth sense). ESP is often tested with a deck of 25 cards called Zener cards. Familiar to most people, these cards comprise a deck of 5 patterns, a circle, a square, a triangle, a set of squiggly lines, and a plus. Two people participate; one views the cards one by one, and the other attempts to “see” the card with the power of the mind. Again, there is a 1 in five chance that you will guess the card correctly, so it is not a particularly useful method of proof. Of course your odds improve with every card produced if you are told whether your guess was correct, as you can use card counting. The cards are also used in tests of telepathy when the viewer does not just record the shape on the card for verification, but attempts to “transmit” the shape to the other person. On average, most people guess right about 20% of the time. 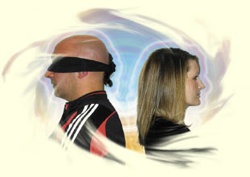 Telepathy is the ability to communicate with others with the mind. Within the field of parapsychology this is considered to be a form of ESP. Most often telepathy occurs spontaneously in incidents of crisis where a relative or friend has been injured or killed in an accident. An individual is aware of the danger to the other person from a distance. Such information seems to come in different forms as in thought fragments, like something is wrong; in dreams, visions, hallucinations, mental images, in clairaudience, or in words that pop into the mind. Often such information causes the person, the receiver, to change is course of action, such as changing his travel plans or daily schedule, or to just call or contact the other person. Some incidents involve apparent telepathy between humans and animals. 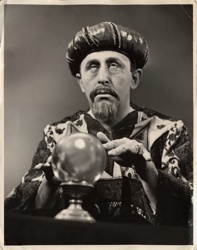 Clairvoyance is the transfer of information without the use of the senses – it differs from telepathy in that there is no transfer of information from one person to another. Clairvoyants often say that the information comes from the spirit world. A related ability is called Clairaudience – which is the ability to internally hear information that is passed from the dead. A very famous clairaudient was Doris Stokes, a British spiritualist. Current thinking among proponents of clairvoyance posits that most people are born with clairvoyant abilities but then start to subliminate them as their childhood training compels them to adhere to acceptable social norms. Numerous institutes offer training courses that attempt to revive the clairvoyant abilities present in those early years 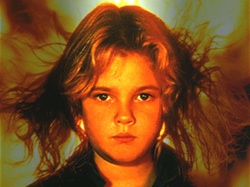 Pyrokinesis is the ability to ignite or extinguish fires with the mind. In yet another book by Stephen King, Firestarter, the main character, a young girl, has this ability. There is no scientific evidence to suggest that this ability is real, though many people involved in the field of parapsychology believe it exists. There may be a connection between this alleged ability and the various reports of spontaneous human combustion.

Try your hand at understanding what is to be with The Rider Tarot Deck at Amazon.com! Psychometry is the ability to “read” information from objects. For example, a psychometrist may hold a watch or wallet belonging to a person they do not know, and by concentrating on the object, garner information about the person’s past, present, or future. The concept of psychometry is a popular theme for stage act and Séance; with participants being asked to provide a personal object to be “read” by a medium or psychic. It was used as the basis for Johnny Smith’s visions in Stephen King’s 1979 novel The Dead Zone and its subsequent 2002 television adaption. 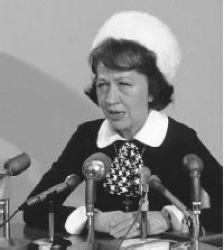 This is the ability to foresee events. It was precognition that the famous American Psychic Jeane Dixon. She is best known for allegedly predicting the assassination of President John F. Kennedy. In the May 13, 1956, issue of Parade Magazine she wrote that the 1960 presidential election would be “dominated by labor and won by a Democrat” who would then go on to “[B]e assassinated or die in office though not necessarily in his first term.” She later admitted, “During the 1960 election, I saw Richard Nixon as the winner.” Nixon held her in such high regard that he ordered preparations for a terrorist attack she had predicted. She was also one of a number of psychics who gave advice to Nancy Reagan during the Reagan Administration. 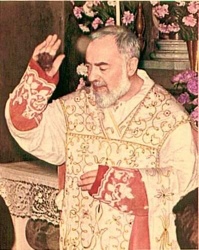 Bilocation is the alleged ability to be in two places at the same time. St Pio of Pietrelcina, the famous stigmatic, was said to have this ability. It is said to be a physical, rather than spiritual ability, which makes it different from astral projection. Friends of Aliester Crowley, the occultist, claimed that he had this ability, though in situations were he was meant to have bilocated, he was unaware of it. Although it is uncommon, bilocation is an ancient phenomenon. It is claimed to have been experienced, and even practiced by will, by mystics, ecstatics, saints, monks, holy persons, and magical adepts. This is also normally the explanation given for the tales of people appearing to loved ones just prior to their death. 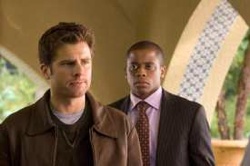 Postcognition is the opposite of precognition; it is the ability to see an event after it has occurred. This is probably the most widely used ability in modern days as many police forces invite psychics to assist them on difficult unsolved cases. This ability has been yet another topic of a Stephen King novel, the Dead Zone, in which the main character is able to see bad aspects of a person’s past from touching them or an object belonging to them. While there has often been some success with postcognitive visions in criminal investigations, it is still generally considered to be the result of hoax or fraud perpetrated by a person who has done research in to the crime, enabling them to give broad enough description to seem legitimate. 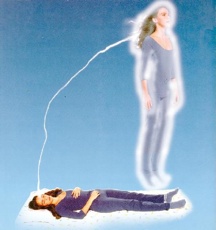 Astral projection is the ability to spiritually separate from your body and travel vast distances with the mind alone. It differs from bilocation in that the second body is a spirit body. The concept of astral projection has been familiar for thousands of years, dating back to ancient China and other ancient cultures. A great deal of skepticism exists around this ability due to the fact that the only evidence is the word of the person claiming to be able to project. A study done by Dr. Charles Tart tentatively concluded that astral projection may have objective validity. For example, in a 1967 study, a subject was not able to discover a five digit number written down and placed face up in an adjoining room, but did provide some details of the activities of the technician monitoring the experiment. Tart summarizes, “Thus, there is some indication that ESP may have been involved with respect to the technician’s activities, but it is not at all conclusive.”