Since Biblical times and before, man has been constantly fighting. It seems that never a year goes by without one war or another starting or finishing. Some of these wars take many years and have very high death tolls, but there have also been some extraordinarily short wars. This is a list of the ten shortest wars since 1800. I have not included wars that ended in ceasefire, wars of revolution or independence, or wars that occurred during the First or Second World Wars. 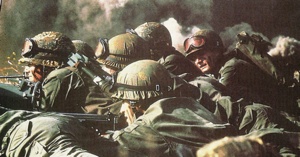 The Falklands war was fought in 1982 between Argentina and the United Kingdom over the disputed Falkland Islands, South Georgia and the South Sandwich Islands. The Falkland Islands consist of two large and many small islands in the South Atlantic Ocean east of Argentina, and their name and ownership have long been disputed. The war was triggered by the occupation of South Georgia by Argentina on 19 March 1982 followed by the occupation of the Falklands, and ended when Argentina surrendered on 14 June 1982. War was not actually declared by either side. The initial invasion was considered by Argentina as the re-occupation of its own territory, and by Britain as an invasion of a British overseas territory, and the most recent invasion of British territory by a foreign power. The political effects of the war were strong in both countries. A wave of patriotic sentiment swept through both: the Argentine loss prompted even larger protests against the military government, which hastened its downfall; in the United Kingdom, the government of Prime Minister Margaret Thatcher was bolstered. It helped Thatcher’s government to victory in the 1983 general election, which prior to the war was seen as by no means certain. 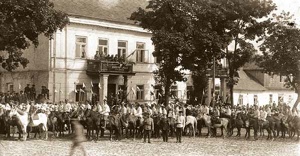 This war was fought not long after both nations had regained their independence. It was a part of wider conflict over the disputed cities of Vilnius, Suwa?ki and Augustów. Poland claimed victory and signed an agreement to stop hostilities, but reneged shortly after and created the puppet state of the Republic of Central Lithuania. Centered around the historical capital of Grand Duchy of Lithuania, Vilnius, the state was short-lived and did not gain international recognition. For eighteen months the entity served as a buffer state between Poland, upon which it depended, and Lithuania, which claimed the area. Finally, on March 24, 1922, following the general elections held there, it was annexed to Poland. The elections were not recognized by the Republic of Lithuania. 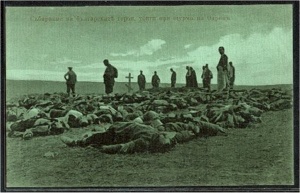 The Second Balkan War was fought in 1913 between Bulgaria on one side and its First Balkan War allies Greece and Serbia on the other side, with Romania and the Ottoman Empire intervening against Bulgaria. The outcome turned Serbia, an ally of the Russian Empire, into an important regional power, alarming Austria-Hungary and thereby indirectly providing an important cause for World War I. Despite stabilising the front in Macedonia, the Bulgarian government’s acceptance of an armistice was driven by events far from Macedonia. Romania invaded on 27 June/10 July, occupying the undefended Southern Dobruja and marching through Northern Bulgaria to threaten Sofia. The Ottoman Empire also took advantage of the situation to recover some of their former possessions in Thrace including Adrianople (which the Bulgarians abandoned on 23 July without firing a shot). Bulgaria lost most of the territories gained in the First Balkan War including the southern Dobrudja (to Romania), most of Macedonia, and Eastern Thrace (to the Ottomans), while retaining Western Thrace, its Aegean outlet, with the port of Dedeagach. The boundary settlements of the Treaties of Bucharest and Constantinople were only temporary; ten months later the fighting was renewed with the start of the First World War. 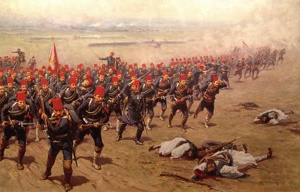 The Greco-Turkish War of 1897, also called the Thirty Days’ War, was a war between Greece and the Ottoman Empire, under its ruler Sultan Abdul Hamid. Its immediate cause was Greek concern over the situation in Crete, where the Greek population was still under Ottoman control. In late 1896 a rebellion broke out on Crete, and on January 21, 1897 a Greek army landed in Crete to unite the island with Greece. The European powers, however, intervened, and proclaimed Crete an international protectorate. The Ottomans defeated the Greeks within weeks. They were prevented from keeping their conquests by the European powers’ intervention but Greece had to pay a large indemnity. This war was the only conflict between Greeks and Turks in the century where Greece was forced to cede land to Turkey. Some credit for the success of the Ottoman army in this war is given to the reforms put in place by the German Pasha Baron von der Goltz. 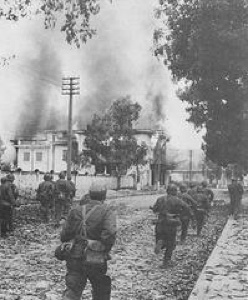 The Sino–Vietnamese War or Third Indochina War was a brief but bloody border war fought in 1979 between the People’s Republic of China (PRC) and the Socialist Republic of Vietnam. The PRC launched the offensive largely in response to Vietnam’s invasion and subsequent occupation of Cambodia, a war which ended the reign of PRC-backed Pol Pot’s Khmer Rouge. After a brief incursion into Northern Vietnam, PRC troops withdrew about a month later. Both sides claimed victory. The legacy of the war is lasting, especially in Vietnam. The Chinese implemented an effective “scorched-earth policy” while retreating back to China. They caused extensive damage to the Vietnamese countryside and infrastructure, through destruction of Vietnamese villages, roads, and railroads.

If you want to read more about the war then buy Collateral Damage: Sino-Soviet Rivalry and the Termination of the Sino-Vietnamese Alliance at Amazon.com! 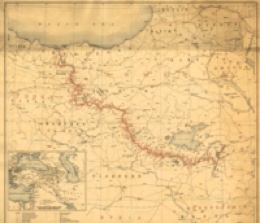 Georgian-Armenian War was a border war fought in 1918 between the Democratic Republic of Georgia and the Democratic Republic of Armenia over the parts of then disputed provinces of Lori, Javakheti, and Borchalo district, which had been historically bicultural Armenian-Georgian territories, but were largely populated by Armenians in the 19th century. By the end of World War I some of these territories were occupied by the Ottomans. When they abandoned the region, both Georgians and Armenians claimed control. The dispute degenerated into armed clashes on December 7, 1918. The hostilities continued with varying success until December 31 when the British brokered ceasefire was signed, leaving the disputed part of Borchalo district under the joint Georgian-Armenian administration which lasted until the establishment of the Soviet rule in Armenia in 1920. 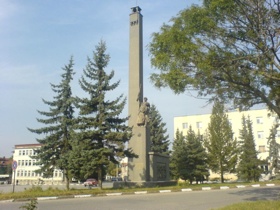 Year Fought: 1885
Between: Kingdom of Serbia vs Kingdom of Bulgaria
Outcome: Bulgarian victory

The Serbo-Bulgarian war was a war between Serbia and Bulgaria that erupted on November 14, 1885 and lasted until November 28 the same year. Final peace was signed on February 19, 1886 in Bucharest. As a result of the war, European powers acknowledged the act of Unification of Bulgaria which happened on September 6 1885. On November 28, the Viennese ambassador in Belgrade, count Kevenhueller-Metsch, visited the headquarters of the Bulgarian Army and demanded the ceasing of military actions, threatening that otherwise the Bulgarian forces would meet Austro-Hungarian troops. Bulgaria’s victories on the battlefield played the main role in defending the Bulgarian unification. They spread Bulgaria’s name and infused respect towards united Bulgaria on behalf of its neighbors. 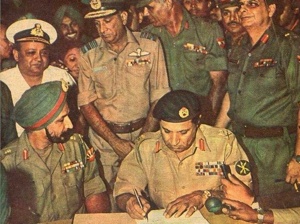 The Indo-Pakistani War of 1971 was a major conflict between India and Pakistan. The war is closely associated with Bangladesh Liberation War (sometimes also referred to as Pakistani Civil War). The Bangladesh liberation war was a conflict between the traditionally dominant West Pakistanis and the majority East Pakistanis. The war ignited after the 1970 Pakistani election, in which the East Pakistani Awami League won 167 of 169 seats in East Pakistan, thus securing a simple majority in the 313-seat lower house of the Pakistani parliament. There is an argument about exact dates of the war. However, the armed conflict on India’s western front during the period between 3 December 1971 and 16 December 1971 is called the Indo-Pakistani War by both the Bangladeshi and Indian armies. The war ended in a defeat for the Pakistani military in a fortnight. 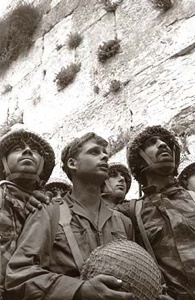 Following Israeli threats against its Syrian ally, Egypt amassed 1000 tanks and 100,000 soldiers on the border of the Sinai Peninsula, closed the Straits of Tiran to all ships flying Israel flags or carrying strategic materials, and called for unified Arab action against Israel. On June 5, 1967, Israel launched the an attack against Egypt’s airforce. Jordan then attacked western Jerusalem and Netanya. At the war’s end, Israel had gained control of eastern Jerusalem, the Gaza Strip, the Sinai Peninsula, the West Bank, and the Golan Heights. The results of the war affect the geopolitics of the region to this day. Overall, Israel’s territory grew by a factor of 3, including about one million Arabs placed under Israel’s direct control in the newly captured territories. Israel’s strategic depth grew to at least 300 kilometers in the south, 60 kilometers in the east and 20 kilometers of extremely rugged terrain in the north, a security asset that would prove useful in the 1973 Arab-Israeli War six years later. 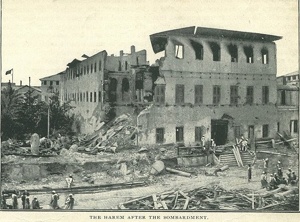 The Anglo-Zanzibar War was fought between the United Kingdom and Zanzibar on 27 August 1896. With a duration of only 45 minutes, it holds the record of being the shortest war in recorded history. The war broke out after Sultan Hamad bin Thuwaini, who had willingly co-operated with the British colonial administration, died on 25 August 1896, and his nephew, Khalid bin Bargash, seized power in what amounted to a coup d’état. The British favoured another candidate, Hamud bin Muhammed, whom they believed would be easier to work with, and delivered an ultimatum ordering Bargash to abdicate. Bargash refused. While Bargash’s troops set to fortifying the palace, the Royal Navy assembled five warships in the harbour in front of the palace. The British also landed parties of Royal Marines to support the “loyalist” regular army of Zanzibar. Despite the Sultan’s last-minute efforts to negotiate for peace via the U.S. representative on the island, the Royal Navy ships opened fire on the palace at 9 am on 27 August 1896 as soon as the ultimatum ran out. With the palace falling down around him and escalating casualties, Bargash beat a hasty retreat to the German consulate where he was granted asylum. The shelling stopped after 45 minutes. The British demanded that the Germans surrender the erstwhile Sultan to them, but he escaped to sea on 2 October 1896. He lived in exile in Dar es Salaam until captured by the British in 1916. He was later allowed to live in Mombasa where he died in 1927. As a final act, Britain demanded payment from the Zanzibar government to pay for the shells fired on the country.

Some other interesting short wars that either failed to meet the criteria set out for this list, or were slightly longer than those above are: Sino-Indian war, Austro-Prussian war, Neapolitan war, Second Italian war of Independence, the Hundred days war, Spanish-American war.