It is almost everyone’s dream to own a flash car, but only the super wealthy can own the flashest. This is a list of the ten most expensive cars in the world. You may be surprised to know that Rolls Royce is not on the list, nor is Bentley, Ferrari, or Lamborghini. Exclusions from the list are cars that exist as prototypes or special one-off makes. Ratings are based on US dollars. 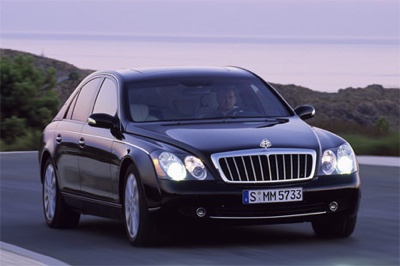 Learn all about history’s most exceptional cars in The Best Car Book in The World: Exploring the World’s Most Expensive Cars, The World’s Rarest Cars, and Cars of the Future at Amazon.com! 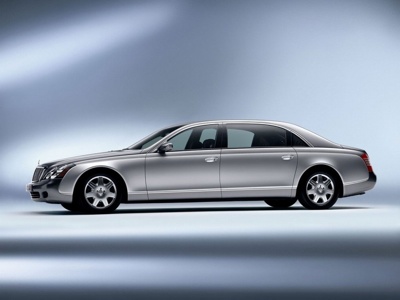 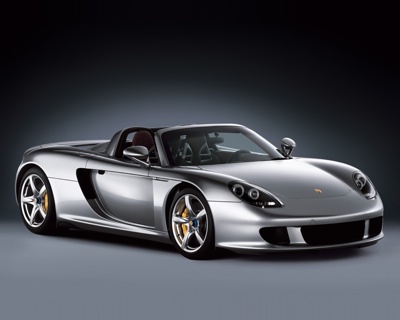 The development of the Carrera GT can be traced back to its successors, the 911 GT1-98 and LMP1-98 racing cars. The Carrera GT is powered by an all-new 5.7 litre V10 engine producing 612 DIN (605 SAE) horsepower (450 kW) whereas the original concept car featured a 5.5 litre version rated at 558 hp (416 kW). Porsche claims it will accelerate from 0 to 100 km/h (62.5 mph) in 3.9 seconds and has a maximum speed of 330 km/h (205 mph), although road tests indicated that in reality the car could accelerate from 0-60 mph in 3.6 seconds and 0-100 mph in 7.0 seconds. The interior is fitted with soft leather. BOSE audio system and navigation systems are available as options. In typical Porsche fashion, the ignition is to the left of the steering wheel. 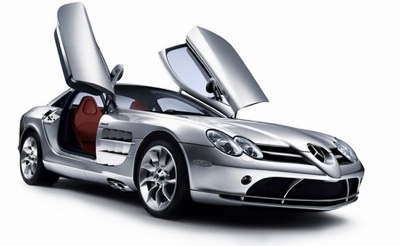 The Mercedes-Benz SLR McLaren is a German supercar jointly developed by Mercedes-Benz and McLaren Automotive. It is assembled at the McLaren Technology Centre in Woking, England. DaimlerChrysler owns 40% of the McLaren Group. Classified as a supercar and compared to cars like the Porsche Carrera GT and Ferrari Enzo, the presence of the automatic gear box, front mid-engined arrangement and its driving characteristics lead some commentators to classify the SLR McLaren as a Super GT whose closer rivals are the Aston Martin V12 Vanquish and Ferrari 599 GTB. One of the goals of the SLR was to combine both supercar and GT characteristics. 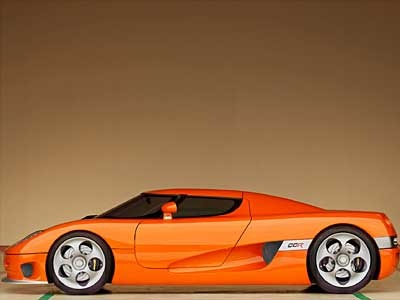 The Koenigsegg CCR is an automobile and supercar made by Koenigsegg. Designed and manufactured in Ängelholm, Sweden, it debuted at the 2004 Geneva Auto Show. It briefly held the world speed record for a production car. The CCR took the record from the McLaren F1, which held the record for over 12 years of 386.7 km/h, set on the 9 km straight track at the VW Ehra facility in Wolfsburg, Germany. The CCR ran on the Nardò/Prototipo track, a circular track with a circumference of 12.5 km. This means that the car is driven in a constant turning motion, which makes the exercise and speed even more impressive. The steering wheel at this speed is kept at around 30 degrees of constant angle, a fairly sharp angle for the speed. On the same track, the F1 managed an unofficial record of 372 km/h.

You might not own one, but you can always dream when you look at your Koenigsegg CCR Evolution Fabric Wall Scroll Poster at Amazon.com! 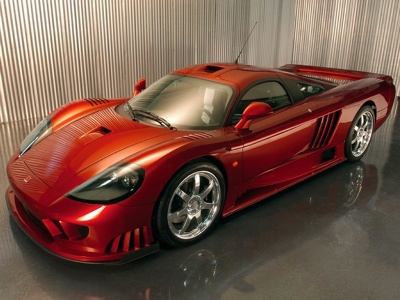 The Saleen S7 is a limited edition, hand built coupe developed jointly by Saleen, Hidden Creek Industries, Phil Frank Design and RML, and produced solely by Saleen in Irvine, California. It is the first car produced by Saleen not based on an existing design and is considered to be the first true American production certified supercar. The S7 debuted on August 19, 2000 at the Monterey Historic Races. At this time the car was normally aspirated with 550 horsepower. In 2005, the S7 was replaced by the S7 Twin Turbo, which featured a more powerful twin-turbo system that boosted engine power to 750 horsepower (760 PS/559 kW) and the top speed to an estimated 250 mph (402 km/h). 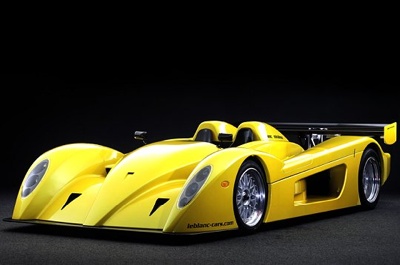 Mirabeau is the newest car from Wysstec GmbH and Leblanc cars. It’s a new proposal for a racecar and prepared to FIA/Le Mans standards .The fact that it is street legal, is almost unbelievable. To reach the maximum of lightweight building and race feeling the car interior is optimized for maximum of speed and acceleration. There are some special options, including leather interior and a sequential gearbox. Power comes from Koenigsegg’s V8, the same engine found in the CCR. It is equipped with a Lysholm Screw Compressor, which has several advantages to the common centrifugal compressor. 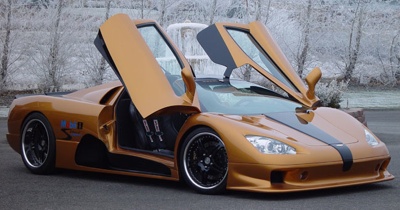 The American-built SSC Aero TT is a supercar built by Shelby Super Cars (SSC) in order to rival the new Bugatti Veyron with speeds of over 250 mph (400 km/h) and a 0-60 mph time of just 2.78 seconds (for the Ultimate Aero TT version). The company and vehicle are the brainchilds of Jerod Shelby, who spent over seven years designing the Aero. The car is the world’s fastest production car at 255.83 mph (411.707 km/h), a speed reportedly achieved on September 13, 2007 in West Richland, WA. The results of this test, if verified by Guiness World Records, will give the SSC Aero the world’s fastest production car title. The Aero’s styling includes the use of flip doors similar to the ones found on the Mercedes-McLaren SLR, and the Ferrari Enzo, to name a few. It uses carbon fiber and titanium extensively throughout the car, keeping the weight down to 1233 kg (for the standard Aero). For the Ultimate Aero, weight is further reduced to 1179 kg by marking the navigation system, 10-speaker audio/CD/DVD system, video/DVD screen, and back-up camera as optional equipment; and removing air-conditioning and any trunk space altogether.

The Pagani Zonda is a supercar produced by Pagani in Italy. It debuted in 1999 and continues through the present, with production proceeding at roughly 25 cars per year. As of December, 2005, 60 Zondas had been built. It is a mid-engined 2-seat coupe and convertible. Construction is mainly of carbon fiber. The Zonda Roadster F debuted at the 2006 Geneva show. It is similar to the coupe, but with a removable carbon fibre roof and canvas side curtains weighing just 11 lb (5 kg). Production of the Roadster F is suggested at 25 units. The Roadster F is able to maintain chassis rigidity without any gain in curb weight by eschewing conventional thinking by not strengthening the sills – a process which would have needed more than 35 kg of reinforcement. Pagani instead uses racecar thinking, materials and construction techniques, strengthening the firewall structure of the chassis tub together with billet alloy braces that connect the points where the roof rails would have joined. The windscreen is also strengthened for safety reasons. These techniques enable the Roadster to have virtually the same weight as the coupe – 1230 kg (2712 lb). 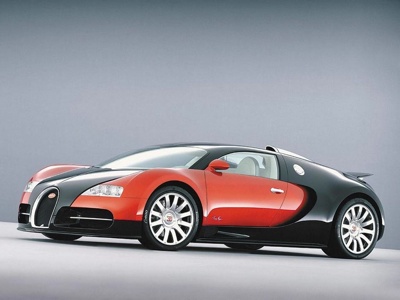 The Bugatti Veyron 16.4 is currently the most expensive street-legal full production car in the world, with in excess of 1001 horsepower, in either the metric or SAE scale, with its top speed of 253.81 mph (408.47 km/h). The Bugatti Veyron reached full production in September 2005. The car is built by Volkswagen AG subsidiary Bugatti Automobiles SAS in its Molsheim (Alsace, France) factory and is sold under the French Bugatti marque. It is named after French racing driver Pierre Veyron, who won the 24 hours of Le Mans in 1939 while racing for the original Bugatti firm. After the release of the car, it has been reported that while each Veyron is being sold for $1.2 million, the production costs of the car are approximately £5 million per vehicle. This is not the price to produce one vehicle, but rather the cost of the entire Veyron project divided by the number of vehicles produced at that time. As Bugatti, and therefore Volkswagen, are making such a loss, it has been likened by automotive journalist Jeremy Clarkson and his Top Gear programme team in their story on it to the Concorde, in that both were huge achievements, but the car will probably, like the plane before it, be discontinued after proving to be an economic failure.