So often, in the field of the arts and sciences, the greatest minds live tortured lives. In many cases this has lead to self-murder. This is a list of the ten greatest scientist suicides. 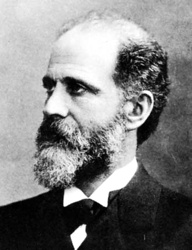 Viktor Meyer was a German chemist and significant contributor to both organic and inorganic chemistry. Born in Berlin in 1848, he is best known for inventing an apparatus to measure vapour densities, the Viktor Meyer apparatus, and for discovering thiophene.

A hugely gifted chemist, Meyer was a workaholic whose taxing lifestyle took tolls on his nervous system. After a series of mental breakdowns, he killed himself by taking cyanide in 1897, at the age of 49.

An excellent gift for all the chemistry lovers is a Periodic Table of Elements Coffee Mug at Amazon.com! 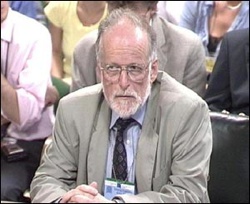 David Christopher Kelly was an employee of the United Kingdom Ministry of Defence (MoD), an expert in biological warfare and a former United Nations weapons inspector in Iraq.

His doubts about the veracity of the WMD dossier compiled by the Blair Government caused a political scandal, and he was forced to attend a Parliamentary committee hearing about the remarks. A modest man, David Kelly was savagely grilled by the Committee, and spoke in a voice so soft that the air conditioning had to be turned off so that his words could be heard.

On July 17th 2003, Kelly went on his daily walk through the Oxfordshire country, and, according to the official report, swallowed up to 29 painkillers and slashed his wrist.

However, many figures, including MPs and paramedics, continue to raise doubts over the exact cause of Kelly’s death, with some going to so far as to say it was murder. 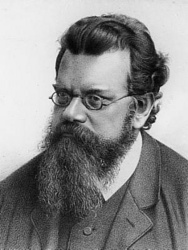 Ludwig Eduard Boltzmann was an Austrian physicist famous for his founding contributions in the fields of statistical mechanics and statistical thermodynamics. He was one of the most important advocates for atomic theory when that scientific model was still highly controversial.

Most likely suffering from bipolar disorder, Boltzmann took his own life while on holiday with his family. He is buried in Vienna in a tombstone that reads S=k*logW. 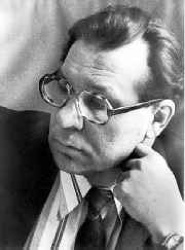 Valeri Alekseevich Legasov was a prominent Soviet scientist in the field of inorganic chemistry, a member of the Academy of Sciences of the USSR. He is most famous for his work as the chief of the investigation committee of the Chernobyl disaster on April 26th 1986.

After the Chernobyl disaster, Legasov became a key member of the government commission formed to investigate the causes of the catastrophe and to plan the liquidation of its consequences. In August, 1986 he presented the report of the Soviet delegation at the special meeting of International Atomic Energy Agency in Vienna. His report struck the Western colleagues with the depth of analysis and full honesty in discussing the extent and consequences of the tragedy.
Legasov’s open and firm stance, however, caused a lot of trouble for him at home: the Soviet government was very uncomfortable with the frankness and rigor of his position. As a result, when in 1986-1987 his name was twice entered into the list for those to be awarded the title of Hero of Socialist Labor in recognition for his work, both times it was rejected: the second time his name was crossed out by Gorbachev himself.
Having exposed himself to the radiation on the ground of Chernobyl, Legasov’s health began to rapidly deteriorate, which coupled with his depression over his lack of recognition, led him to take his own life on April 27th 1988.

On September 20, 1996 Russian President Boris Yeltsin conferred to Legasov the honorary title of Hero of the Russian Federation (posthumously) for his “courage and heroism” shown in the course of the liquidation of the after-effects of Chernobyl disaster. 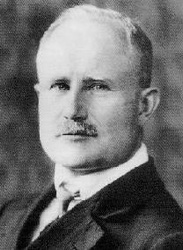 Hans Berger, born in Neuses, Germany in 1873, is best known as the first person to record electroencephalograms (EEGs) from human subjects and is the discoverer of the rhythmic Alpha brain waves.

Berger studied medicine, neurology, psychiatry and psychology at the University of Jena. He concentrated on neurology, and following the pioneering work done by British scientist Richard Caton on animals, successfully recorded the first EEG from a human in 1924. This allowed him to discover the alpha wave and described, for the first time, the effect epilepsy had on the brain.

Disturbed by the rise of Nazism and the effects of the Second World War, Berger hanged himself on June 1st 1941. 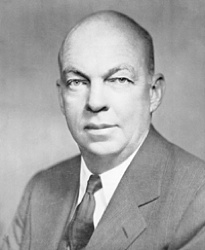 Edwin Armstrong, born on December 18th 1890, was an American electrical engineer, who invented FM radio. He first began work on the idea of FM radio at university, and patented his idea in 1914.

However numerous patent disputes, and a blocking attempt by the Radio Corporation of America, who thought it would destroy AM radio, halted its advancement.

Determined that FM radio would never succeed, Armstrong jumped from the 13th floor of his apartment in 1954. He was 63 at the time.

Nicolas Leblanc was a French chemist and surgeon, famed for being the first person to manufacture soda from common salt.

Born in 1742, Leblanc developed an interest in medicine at a young age and enrolled in the Paris College of Surgeons in 1759. In 1780, he became private physician to the household of Louis Philip II, Duke of Orleans.

In 1775, the French Academy of Sciences offered a prize for a process whereby soda ash could be produced from salt. The French Academy wanted to promote the production of much-needed sodium carbonate from inexpensive sodium chloride. By 1791, Nicolas Leblanc had succeeded in producing sodium carbonate from salt by a 2-step process. The prize was awarded to Nicolas Leblanc for a process which used sea salt and sulphuric acid as the raw materials. Later, a plant of his own was in operation producing 320 tons of soda ash per year.

Two years later the plant was confiscated by the French revolutionary government, which refused to pay him the prize money he had earned ten years earlier.

In 1802, Napoleon returned the plant (but not the prize money) to him, but by then Leblanc was so broke he could not afford to run it. He killed himself in 1806.

George Eastman, born in Waterville, New York in 1854, founded the Eastman Kodak Company and invented roll film, helping to bring photography to the mainstream, and setting the seeds for the invention of motion picture film in 1888.

In 1874, Eastman became intrigued with photography, but was frustrated by the awkward method that required coating a glass plate with a liquid emulsion that had to be used before it dried. In 1884, he patented a photographic medium that replaced fragile glass plates with a photo-emulsion coated on paper rolls. The invention of roll film greatly speeded up the process of recording multiple images. On September 4th 1888 Eastman registered the trademark Kodak.

In 1932, Eastman committed suicide, leaving a note that read, “My work is done. Why wait?” He is buried in Rochester, New York. 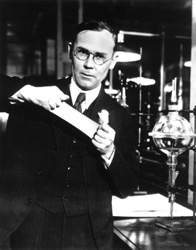 Wallace Hume Carothers was an American chemist, credited with the invention of Nylon.

Carothers was a group leader in DuPont’s Experimental Station laboratory, near Wilmington, Delaware, where most polymer research was done. In addition to first developing nylon, also helped lay the groundwork for Neoprene. After receiving his Ph.D, he taught at several universities before he was hired by the DuPont Company to work on fundamental research.

After his monumental discovery, Carothers suffered depression stemming from ‘inventor’s block’, which coupled with the sudden death of his sister, caused him to take his own life by poisoning in 1937. He was 41 at the time. 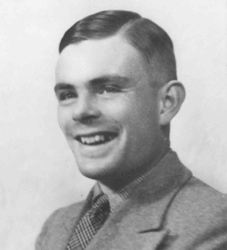 Alan Turing was an English scientist, mathematician, logician, and cryptographer, and arguably the greatest British scientist of the 20th century.

Often considered to be the father of modern computer science, Turing provided an influential formalisation of the concept of the algorithm and computation with the Turing machine. With the Turing test, he made a significant and characteristically provocative contribution to the debate regarding artificial intelligence: whether it will ever be possible to say that a machine is conscious and can think. He later worked at the National Physical Laboratory, creating one of the first designs for a stored-program computer, although it was never actually built. In 1948 he moved to the University of Manchester to work on the Manchester Mark I, then emerging as one of the world’s earliest true computers.

During the Second World War Turing worked at Bletchley Park, Britain’s code-breaking centre, and was for a time head of Hut 8, the section responsible for German naval cryptanalysis. He was largely responsible for the breaking of the German Enigma code.

In 1952, he was convicted of ‘Acts of Gross Indecency’, after admitting a sexual relationship with another man. He was given a choice between 18 months prison time (which considering his crime, was not exactly wise), or chemical castration, which included side effects such as breast enlargement. He chose the latter.

On the 8th June 1954, unable to endure the humiliation and pain of his punishment, Turing took his own life by eating an apple laced with cyanide. Despite this, it would take another 13 years for homosexuality to be decriminalised in the Britain.