Video games have been around for quite a while and have rapidly become one of the industrialized world’s greatest past times. Over the years, the staying power of many of the electronic entertainment industry’s mascots have depended greatly on how popular they play out with kids and adults alike. For instance, Pit Fall Harry hasn’t been all that exciting since a few popped up after his Atari hey-days, and Centipede was a huge contender 20 plus years ago, but his value faltered. As for today’s audience, it takes some massively engrossing adventures, spooky plots, and just a little bit of sex and violence to keep their collective heads above the saturated water. Here are TWELVE OF MANY that have done the job. 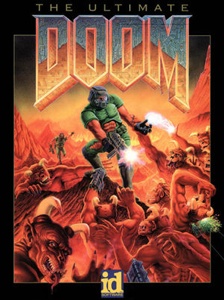 Igniting the First-Person Shooter genre in 1993, DOOM made a huge impact on the video gaming world. Allowing a player any number of borderline ridiculous weaponry, one was able to lay waste to monsters and aliens. Spawning a rapid sequel, DOOM II in 1994, the franchise has gone on to make a huge name for itself. Oh, and the movie starring The Rock was pretty sad. My personal favorite? I wore my controller out to DOOM for sure! 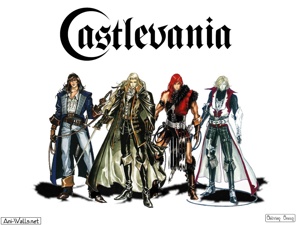 Spawning quite a few games of its own, the epic struggle of good versus vampire has been around since Simon Belmont first swung his whip. Now, several incarnations later, some of the best versions have mad appearances on the Nintendo hand-held systems and, as the rumor mill grinds, a movie is in the works as well. 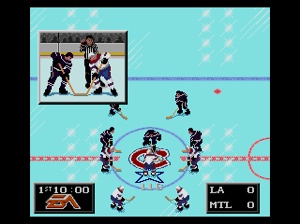 Be them EA Sports, John Madden presenting, NASCAR sponsored, or the ever-present Acclaim, sports games have been around guarding its own little corner of the market since one could hurl a lighted red dot at another, slightly less red dot. The realism today is such that it nearly feels as though you are playing the television as opposed to a video game. My personal favorite? Hockey. 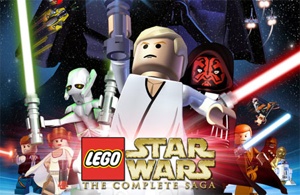 Never has a more viable movie double-trilogy transferred with such ease onto the video game screen. Back in the days of Atari (2600, 5200) one could experience the feel of The Empire Strikes Back by battling the dreaded ATAT walker, and things just got better from there. Now, with games dedicated to either the expansion or destruction –whichever you prefer– of the Jedi, you can practically run an entire galaxy. My personal favorite? Lego Star Wars. 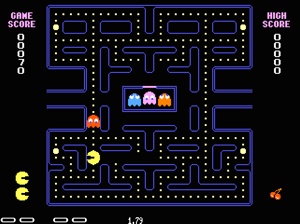 Since his gluttonous beginnings gracing arcades all over the place, the pellet-munching yellow fellow has grown to spawn as many sequels as possible ranging from Ms. Pacman, to Pacman Junior, to Pac-Land, to even his own Saturday Morning cartoon series from the eighties and a pretty retched cereal to boot. My personal favorite? I was always partial to Ms. Pacman. HOT! 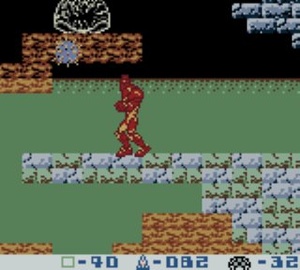 Remember when you discovered Samus was a girl? Yeah, I was pretty freaked out about that, too. But it was such an awesome original game for the NES that I forgave the oddity and went on to eventually play as many of her ‘offspring’ as I could. The game remains a Nintendo staple to this day. My personal favorite? Metroid Prime was outstanding! 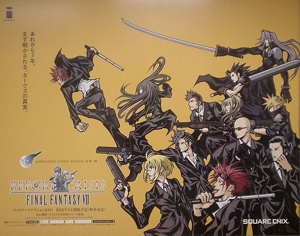 I can still recall the very first time I fell in love with an honest to goodness roll playing game for the Nintendo, and Final Fantasy (along with Dragon Warrior) was it. Being in charge of a slew of travelers come warriors and the epic landscapes and adventures therein was just amazing. The music was stellar, and the menu screens… well, it’s all nostalgia now. Either way, FF has produced a ton of sequels and spin-offs for every level of player. My personal favorite? FF-III all the way! 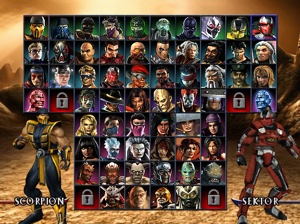 There was something special to be said about a video game for a system rival to the Super Nintendo called the Sega Genesis wherein you could actually wrench out a player’s spine or burn his skull to a bloody crisp, and Mortal Kombat was it. I actually bought the system just for this game so my friends and I could see all the arcade-style blood and gore… only to find out that a year later Nintendo would finally do the same thing. Oh well, the Genesis came in handy for other games as well. Anyway, MK produced hit after hit, two pretty cool films, and a theme song that still hasn’t left my subconscious. My personal favorite? I am a sucker for the original as it still holds a warm place in my heart. 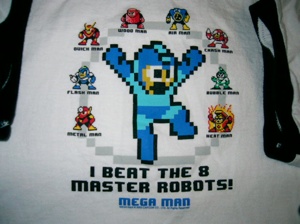 Beginning its reign for the Nintendo system back in the original NES’ hey-day, Mega Man and his arch-nemesis Dr. Wily burst onto the scene with a cool new addition: with each defeated level you took on the boss’ power! Mega Man went from pellet-launching blue boy, to fire, saw blades, leaves, spikes, or any number of other items firing killer! The objects he could procure just kept getting more obscure and each came in handy in destroying some other foe. Awesome! My personal favorite? Mega Man 3 was really tough at the time and took me forever to get through. 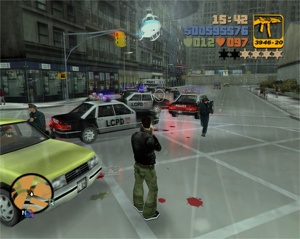 Though the original two installments of this much maligned series were nothing more than cars smashing into one another, it was the release of Grand Theft Auto 3 that changed the very face of video gaming as we know it. If you haven’t been privy to this masterpiece, you must try it for yourselves and feel just how much fun it is to destroy everything in sight. Even hookers. Since then, the series has gotten better and better. My personal favorite? GTA 3 did it for me for HOURS! 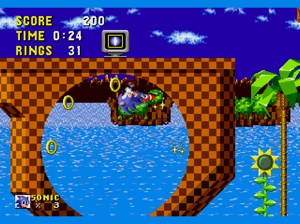 Sega’s answer to Nintendo’s little, mustachioed plumber was a blue-spiked critter who could attain super-fast speeds and bust through scenery on his way to collecting whirling rings. Though not necessarily a knock-off of Nintendo’s poster child, Sonic was very similar but continued to differ in future installments. His reign continues today but, since Sega no longer makes a system, he can be found on the Playstation. My personal favorite? Sonic three was cool with the introduction of Miles Prower the fox, and Knuckles the echidna. 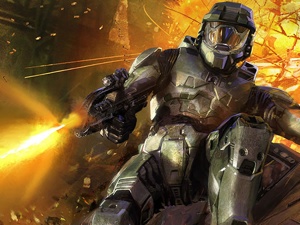 Very few other games have had the power of Halo when it comes to the masses lining up for its release. Though only on its third installment, Halo has no plans of slowing down in any foreseeable future and everyone knows that Master Chief will return for part 4 as soon as the masterminds get it made. My personal favorite? I’m sad to admit I have never played…. 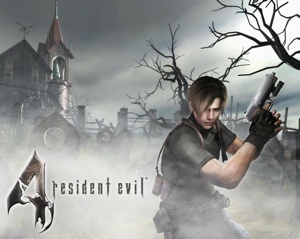 Such a scary and other-worldly game, one would think, would never find its niche in a world controlled by first-person shooters and RPG’s, but those people would have been dead wrong. Resident Evil introduced us to the Umbrella Corporation and its horde of the undead as you, as Claire and Alice, take on the monsters in darkened locations and eerie surroundings. Not so much loud and obnoxious as other games similar, Resident Evil has relied on hidden horrors and surprising terror to give it ‘life’. Oh, and let’s not forget the movie trilogy that really is quite good. My personal favorite? I like R.E. 2 since it was the first one I played and beat.

2. The Legend Of Zelda 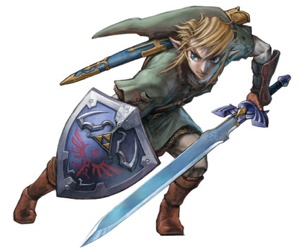 One of the most prolific and fantastic franchises ever to grace every Nintendo Entertainment system, Link stars as the perpetual hero in the constantly consistent Zelda series of video games. Beginning its reign of constancy with the original Legend of Zelda, Link has had to shrink to miniature size, travel the seas on a wind-blown dragon boat, and do battle through time as a wolf. The series continues to fascinate and intrigue newer and older gamers alike providing games for the large screen and the hand-held systems. My personal favorite? Zelda and the Ocarina of Time made me weep with joy! This is also a game that is so popular with Listverse readers that its exclusion would cause a near mutiny! 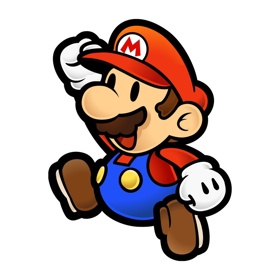 From his humble beginnings as the wary climber leaping over monkey-tossed barrels in Donkey Kong, Mario has gone on to host an enormous series of amazing games. Ranging from the outstanding original, Super Mario Brothers for the Nintendo, to the sequel featuring him and his cohorts in dreamland, to the third installment where you could become a raccoon, to his exploits as a guy made out of paper, to the newest: Mario Galaxy, this prolific plumber has done it all. In fact, members of his entourage have gotten their own titles including Luigi as a ghost collector, Yoshi exploring his island, and even Wario and his unusual games. Mario is the number one son of the Nintendo Entertainment System and his reign looks to be going nowhere soon.