“Kombat” is defined as the unending dispute of earth’s most renowned warriors, engaged in physical altercations with inhabitants of Outworld and the Netherrealm, among other realms. No? I’m sorry, you must have thought I meant “Combat”. Not only the source of one of pop culture’s most accepted typos, Mortal Kombat is a fighting video game series that has sold millions, captivated billions, and etched itself a unique and well-deserved spot in entertainment history. Yet behind its blood-splattered legacy remain a few fun facts that even some longtime fans have overlooked. 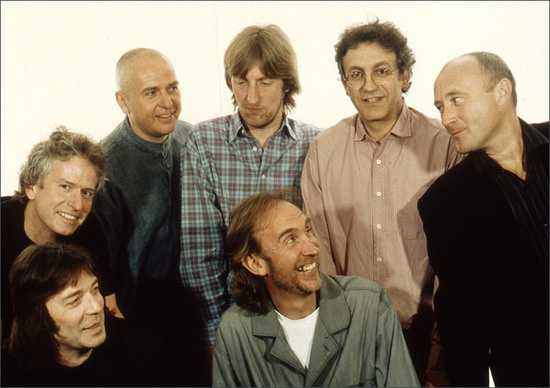 The creators of Mortal Kombat are music fanatics, and it’s shown in their work. Many know of the infamous “blood code” from the first installment of Mortal Kombat, but for those at a loss, here’s a bit of backstory. When the original Mortal Kombat arcade was released, in 1992, its popularity was so immense that a home version was announced, to hit popular gaming consoles of the era within less than a year of the game’s debut. Although Nintendo refused to allow any pixelated blood to be seen on their Super Nintendo console, Sega was more than happy to transfer the digital DNA to their Genesis platform, by means of a button code players could punch in using the console’s 3-button “ABC” gamepad. The code, known as “ABACABB”, is more than a jumble, but a deliberate spelling-out of an album by Phil Collin’s renowned band, Genesis (get it? Genesis = Sega Genesis?). Punching this in during a certain point of the opening sequence activated blood in the game, otherwise not visible to players.

9
Have I Seen You Before? 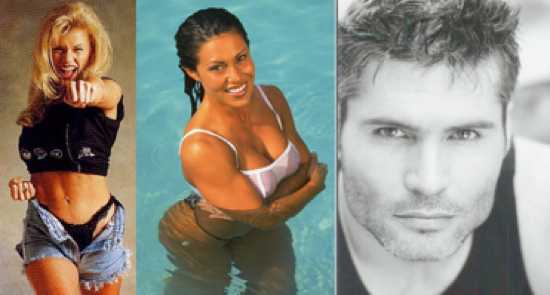 Another recognizable breakthrough on behalf of Mortal Kombat was the full use of digitized actors to portray characters. Although the original installment was made up of friends and co-workers of the game’s designers, following sequels included legitimate Chicago-based actors and models on board to portray heroes and villains alike, as the game’s development headquarters rested right there in The Windy City. Kerry Hoskins, the real life Sonya Blade, had been a popular Playboy catalog model, garnering her a spot on the MK roster. Lia Montelongo, who portrays the Outworld Queen Sindel, did her share of body sculpting competitions and appeared in the thriller “Shower of Blood”. John Turk, the most famous face of Sub-Zero, appeared in Fox’s drama “Prison Break” and, most recently, as a brute thug who tries to take down Batman in “The Dark Knight”. 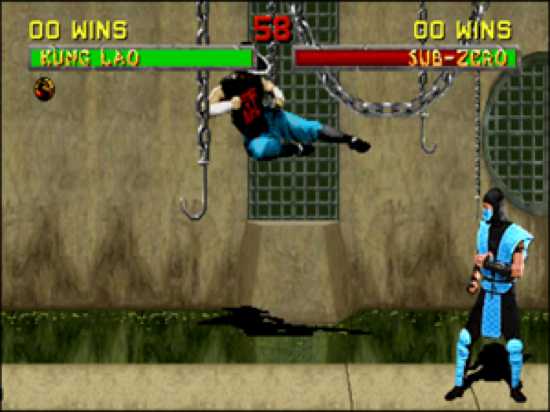 Next time you watch the X Games, or any rollerblading competition at that, keep your ears open for a reference to MK. A trick in which a blader kicks out his foot and strikes a pose mid-air as been dubbed the Liu Kang, in reference to the MK character of the same name who maintains a popular “special move” dubbed The Flying Kick. 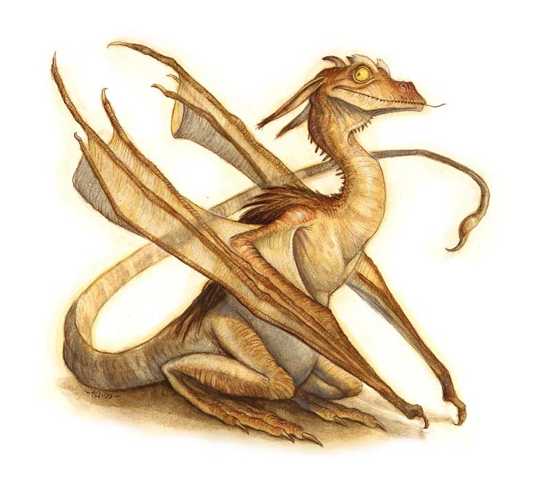 One of Mortal Kombat’s most memorable features in its classic installments actually began as a fan-invented rumor. Even before the internet was streaming into every home, fans were heard loud and clear via fan mail and magazine submissions, and a lot of what was spread about the games were downright lies invented by playground hotshots. A popular myth that surfaced in printed media during the era of Mortal Kombat 2 was a Fatality move that was so secret and hard to perform, that few ever saw it live. It was the “Animality”, the ability for your fighter to not only destroy his opponent, but do so having morphed into a rabid animal or mythical creature. The rumor proved so popular that developers caught word and actually developed the “Animality” in the following installment, Mortal Kombat 3. Combatants could now turn into bears, hawks, dinosaurs and even gigantic scorpions to maul and devour their foes, all thanks to rumors. 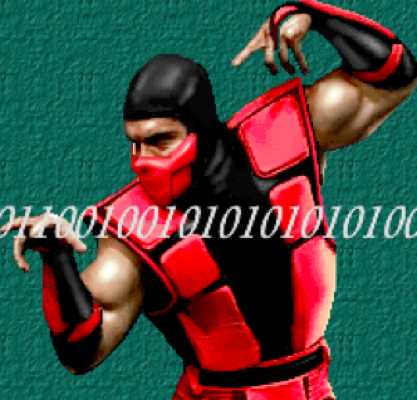 The “ninja”-style characters remain some of the most popular, even among the most casual observers of Mortal Kombat. Sub-Zero, Scorpion, Kitana and other masked assassins have all made their mark with unique movesets and intertwining backstories. One such ninja in particular, Ermac, wasn’t even meant to exist, but thanks to a rare glitch found in early installments of the game, ended up becoming a real character. Early on, developers cut production cost and memory usage by using one actor to portray several ninjas, placing red fabric on their suit as guideline to later switch the color of characters (called a “palette swap”) using the computer. The red would be replaced with other colors to realize specific characters, such as blue for Sub-Zero and green for Reptile. However, after prolonged play sessions, a glitch would sometimes occur during a match, causing whatever ninja character on-screen to revert to the original red and display the message “Er Mac”, for “Error Macro”. Rumors spread this was a secret character with his own move set, but in truth, he was only a visual glitch. However, the designers behind MK would make up for the glitch by fleshing out Ermac as a real character in 1995, with the appropriate backstory to boot: he is the accumulation of souls belonging to fallen warriors. The female version of this glitch, far more rare but equally as fabled, became Skarlet in the recent 2011 reboot “Mortal Kombat”. 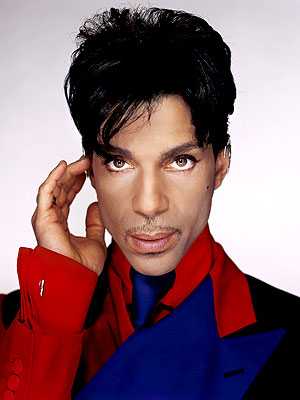 Yet another tongue-in-cheek development choice on the behalf of Mortal Kombat’s creators. The purple-clad ninja known as Rain, who made his debut in “Ultimate Mortal Kombat 3”, is another reference to third-party content, this time the popular Prince film, “Purple Rain”. As if the pairing of colors and name wasn’t enough, Rain is also considered a “prince” of his realm, Edenia, in the backstory of Mortal Kombat. Despite a diverse move set of lightening attacks and superhuman kicks, Rain is often hated on as one of the “worst” characters by such press outlets as the web-based ScrewAttack. In the the most recent 2011 installment, he was shelved as a playable character but later released as a downloadable extra, complete with a move that merely splashes his opponent with water.

4
The Crow Was The Cage 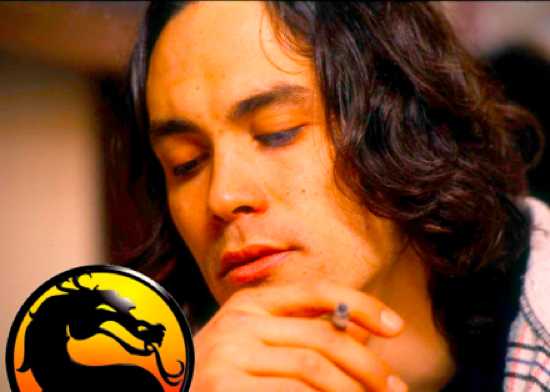 Mortal Kombat became a feature film at the hands of New Line Cinema, taking at least two straight weeks at the #1 box office spot in 1995. The film was actually met with favorable reviews at the time (including a “thumbs up” from Gene Siskel), as it boasted decent action and a strong cast of reputable actors, including Christopher Lambert as thunder god Raiden, and Bridget Wilson as Sonya Blade. The role of Johnny Cage was reserved for Brandon Lee, who had signed on to the film prior to his completion of 1994’s cult classic, The Crow. Lee was reportedly set to begin filming on Mortal Kombat immediately following The Crow, however a horrible event occurred on the set of the latter where Lee was accidentally shot and lost his life towards the end of principal photography. As a result, Linden Ashby took over the role of Johnny Cage. 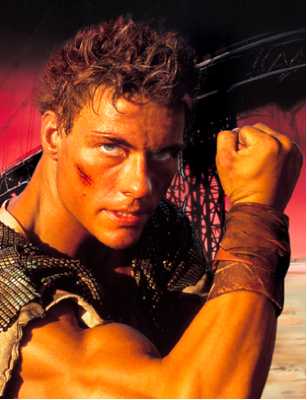 Mortal Kombat as we know it… almost never was. When the game that would become Mortal Kombat had started production, the design team had launched the project with the intent on acquiring the rights to the “Bloodsport” name and adapting the popular 1980s film to an ultra-violent arcade romp. Living martial arts legend Jean-Claude Van Damme was set to endorse and potentially appear as himself, however Van Damme dropped out of the project to pursue stardom in another videogame that ended up never materializing. Halfway along his project, but unwilling to scrap the work, Ed Boon (who remains the head creative behind the MK franchise to this day) insisted on developing the game for Midway Entertainment under a new moniker, and the lead role of Van Damme was filled by another actor, resulting in the character Johnny Cage. In case you missed that, the initials of the character are a nod to the aforementioned celebrity.

The most infamous legal attack against Mortal Kombat wasn’t even for its controversial violence, but for a customize feature and a misunderstanding tied to it. The 2006 installment, Mortal Kombat: Armageddon, experimented with a feature that would allow players to “Kreate-a-Fighter”, using custom pieces of armor and clothing to design and name their own fantasy warrior. Outspoken video game critic and attorney Jack Thompson (who had gained notoriety for a streak of efforts against violent video games) came across evidence online of what he believed to be the unauthorized use of his likeness in Mortal Kombat, having not explored the content to discover it was only the work of a young gamer playing with the “Kreate-a-Fighter” feature. Thompson went on to issue a cease and desist to the game’s developers, publicly stating “Mortal Kombat: Armageddon contains an unauthorized commercial exploitation of my name, photograph, image and likeness within the game”. A lawsuit never prevailed and the product remains on shelves. Two years later, Thompson was disbarred from practicing law over unrelated matters which included making false statements in court.

1
It’s Not The Most Violent Game 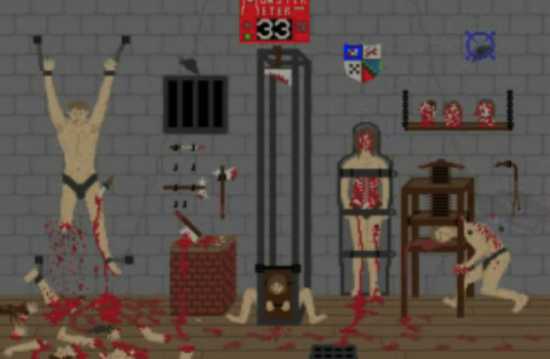 An ironic way to end the list, albeit a necessary one. Most people accredit Mortal Kombat as being the origin of hyper-violence in video games, if not the popular shooter Doom, paving the way for notorious violent games like Grand Theft Auto. Truth is, graphic violence in gaming had reared its head even sooner. Of course, “violence” is a broad term and there are many kinds of it, but in terms of gore, the first to reach true extremes was a 1986 shooting game called Chiller. Whereas the violence in Mortal Kombat is always between willing contestants, Chiller subjects players to a stationary first-person shooting experience where innocent victims are strapped down in S&M-themed environments, and helplessly eviscerated by your bullets. The goal is simple and thin: the player is causing prolonged torture, shooting away as much flesh of their victims as possible, before reaching the end of a ticking clock. Gaming outlets such as ArcadeUS have even declared the game as shameful and sales of a watered-down NES version in the 1980s were abysmal. Regardless, it is the first over-the-top violence romp to hit the gaming scene and garner enough controversy to find itself banned from a variety of arcade venues during its heyday.