In 1988 a cultural phenomenon hit a local TV station called KTMA on Thanksgiving Day that started the snowball effect that would eventually land Mystery Science Theater 3000 into the annals of television history. Created by Joel Hodgson, who would become the shows host, and comedians Trace Beaulieu and Josh Weinstein, and producer Jim Mallon, the show revolved around a man (Joel) trapped in space as a ‘Project’ for evil scientists (Trace and Josh) with no hope of returning home. His controls that would otherwise allow him to maintain a small chunk of independence were instead fashioned into to robot pals called Crow and Tom Servo. The trio, unwilling experiments for the bad doctors, were forced to watch terrible movies thereby allowing themselves to toss one-liners, quips, and elaborate running-gags at the screen. The show became something of an instant success.

Soon, as national cable stations heard of the MST3K exploits, the Comedy Channel picked them up in 1989 and tweaked the show with a slightly bigger budget. Soon, the monster was in motion and it continued on until 1999 changing a few key cast members along the way. Frank Conniff replaced Weinstein as the bumbling assistant to Dr. Forrester (Beaulieu), and Kevin Murphy took over the voicing talents of Tom Servo. Mike Nelson was bumped to head writer and later, half way through the 1993 season on Comedy Central, replaced Joel as host. Eventually the show ended up, and ended their run, on SciFi Channel. Rabid and dedicated fans exist the world over, and I am proud to be one as well as a card-carrying member of the MST3K Fan club. Here are 10 of the best episodes: 5 from Joel, and 5 from Mike.

MST3K: The Robot Vs. The Aztec Mummy (FULL MOVIE)

This features the first episode of the short: Radar Men From The Moon with the joyous Commander Cody. In addition, the feature boasts the ever-popular scientist wanting to gain wealth by stealing from a mummy. His robotic creation is classic!

A troubled youth with disconnected worthless parents finds himself explaining his life story to a judge attempting to prove that he’s innocent. Oh, and everything is his parent’s fault.

A boy discovers, and, ultimately adopts a giant, strange egg that hatches into what could be a tiny alien elephant he names Trumpy. Wonderful.

The fan favorite A Case of Spring Fever short accompanies this masterpiece of a terrible movie about electrified worms that attack a town, a house, and some people’s faces. Cool!

This particular episode marks the first and last time the crew didn’t bother to watch the entire movie before hand. In one scene there is a horrible rape and murder not generally found in films like this, and no one even knew until it was too late. Aside from that, very funny indeed! 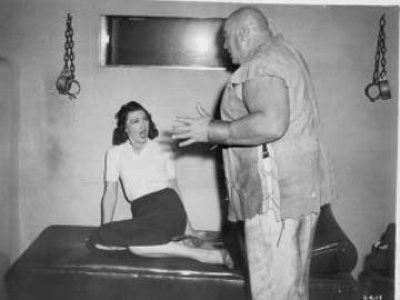 Tor Johnson and attempted kidnapping! COMEDY GOLD! No video, but here’s some quotes:

[Kid] Thank you, Mr. Franklin.
[Crow] For making us laugh about love again.
[Mike] Benjamin Franklin was tried in the 8th circuit court on stalking charges. In a minute, the results of that trial.

A Satanic inn run by the masterful Torgo in what may be the worst movie ever made… and yet it is still painfully funny to witness. Go figure!

A Scientist travels through time in his Cessna-time machine… yes, an airplane… to prevent an evil corporation from using said invention in the future. Yeah, it’s pretty confusing and really funny.

During the seventh season of the show, the crew and Gramercy productions decided to make an actual movie. Some were a tad miffed that they decided to use an actual Sci Fi classic to riff, but most people found it hysterical. I saw it three times on opening day. It’s such a fun movie!