The law influences all of us in our daily lives. We have become so used to it that we seldom think about it. There was once a time that the laws and trappings of law that we are now familiar with did not exist. This is a list of the top 10 significant firsts in legal history. 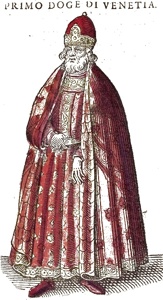 There is evidence suggesting that something like patents were used among some ancient Greek cities. The creator of a new recipe was granted an exclusive right to make the food for one year, and a similar practice existed in some Roman cities. Patents in the modern sense originated in Italy in 1474. At that time the Republic of Venice issued a decree by which new and inventive devices, once they had been put into practice, had to be communicated to the Republic in order to obtain the right to prevent others from using them. England followed with the Statute of Monopolies in 1623 under King James I, which declared that patents could only be granted for “projects of new invention.” [Wikipedia] 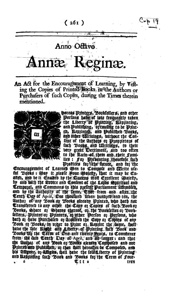 Copyright was not invented until after the advent of the printing press and with wider public literacy. As a legal concept, its origins in Britain were from a reaction to printers’ monopolies at the beginning of the eighteenth century. In Britain the King was concerned by the unregulated copying of books and used the royal prerogative to pass the Licensing Act of 1662. Which established a register of licensed books and required a copy to be deposited with the Stationers Company, essentially continuing the licensing of material that had long been in effect. The Statute of Anne was the first real copyright act, and gave the author rights for a fixed period, after which the copyright expired. Internationally, the Berne Convention in 1887 set out the scope of copyright protection, and is still in force to this day. We have come a long way from the original intention of Copyright to the modern RIAA style. [Wikipedia] 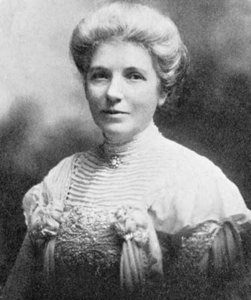 In 1893, New Zealand became the first major self-governing country in the world to give women the vote. This was the first time in western history that women had as much power as men did to change the laws of the land through their political representation. Women’s suffrage was granted after about two decades of campaigning by women such as Kate Sheppard and Mary Ann Müller and organisations such as the New Zealand branch of the Women’s Christian Temperance Union. They felt that female voting would increase the morality of politics. A special mention should be made of Lydia Taft, who, in 1756, was the first woman in America to legally vote (though this was a singular case, and universal suffrage did not occur in the United States until the 19th Amendment was ratified in 1920.) 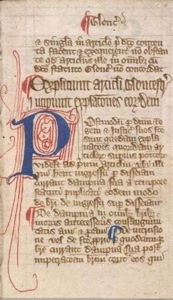 The concept of a modern jury trial stems back at least to Magna Carta, which gave English nobles and freemen the right to be tried by a panel of their peers. Rather than by summary judgment of the king or other official who often had the utter power to impose his own arbitrary judgment. On the other hand, some criminal defendants today may prefer a bench trial if they believe that a jury would be over-influenced by emotional testimony. The concept can also be traced to Normandy before 1066, when a jury of nobles was established to decide land disputes. In this manner, the Duke, being the largest landowner, could not act as a judge in his own case. Many ancient cultures had similar concepts; notably ancient Judea whose panel of judges called the Sanhedrin served a similar purpose. The Athenians by 500 BCE had also invented the jury court, with votes by secret ballot. These courts were eventually granted the power to annul unconstitutional laws, thus introducing judicial review. [Wikipedia]

6. First Use of Habeas Corpus 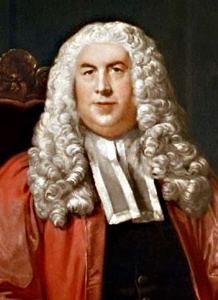 Blackstone (an English Jurist) cites the first recorded usage of habeas corpus ad subjiciendum in 1305, during the reign of King Edward I. however; other writs were issued with the same effect as early as the reign of Henry II in the 12th century. Blackstone explained the basis of the writ, saying:

The King is at all times entitled to have an account, why the liberty of any of his subjects is restrained, wherever that restraint may be inflicted.

The procedure for the issuing of writs of habeas corpus was first codified by the Habeas Corpus Act 1679, following judicial rulings, which had restricted the effectiveness of the writ. A previous act had been passed in 1640 to overturn a ruling that the command of the King was a sufficient answer to a petition of habeas corpus. In modern times, Habeas Corpus has been suspended in cases of war. [Wikipedia] 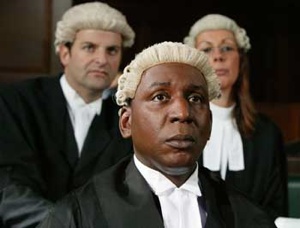 The earliest people who could be described as “lawyers” were probably the orators of ancient Athens. However, Athenian orators faced serious structural obstacles. First, there was a rule that individuals were supposed to plead their own cases, which was soon bypassed by the increasing tendency of individuals to ask a “friend” for assistance, and secondly, orators were not allowed a fee for their service. A law enacted in 204 BC barred Roman advocates from taking fees, but the law was widely ignored. Emperor Claudius, who legalized advocacy as a profession and allowed the Roman advocates to become the first lawyers who could practice openly, abolished the ban on fees. Very early on, unlike Athens, Rome developed a class of specialists who were learned in the law, known as jurisconsults (iuris consulti). Jurisconsults were wealthy amateurs who dabbled in law as an intellectual hobby; they did not make their primary living from it. By the start of the Byzantine Empire, the legal profession had become well established, heavily regulated, and highly stratified. In the words of Fritz Schulz, “by the fourth century things had changed in the Eastern Empire: advocates now were really lawyers.” [Wikipedia] 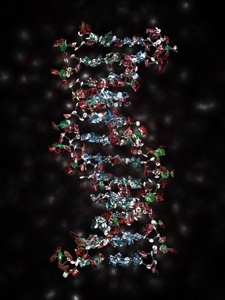 Colin Pitchfork was the first criminal caught based on DNA fingerprinting evidence. Pitchfork raped and murdered two girls in Narborough, Leicestershire, on November 21, 1983, and on July 31, 1986. He was arrested on September 19, 1987, confessed, and was sentenced to life in prison on January 23, 1988. On November 21, 1983, 15-year-old Lynda Mann left her home to visit a friend’s house. She did not return. The next morning, Lynda was found raped and strangled on a deserted footpath known locally as the Black Pad. Using forensic science techniques available at the time, a semen sample taken from her body was found to belong to a person with type A blood and an enzyme profile that matched only 10 percent of males. With no other leads or evidence, the case was left open. Three years later another body was found. The modus operandi matched that of the first attack, and semen samples revealed the same blood type. Leicestershire police and the FSS then undertook a project where 5,000 local men were asked to volunteer blood or saliva samples. This took six months, and no matches were found. Later, a man named Ian Kelly was heard bragging that he had given a sample while masquerading as his friend, Colin Pitchfork. Pitchfork, a local baker, was arrested at his house in the neighboring village of Littlethorpe and a sample was found to match that of the killer. He was sentenced to life in prison. [Wikipedia]

3. First Use of Fingerprinting 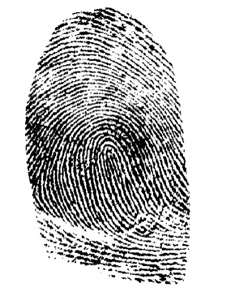 There is no clear date at which fingerprinting was first used. However, significant modern dates documenting the use of fingerprints for positive identification are as follows:

1823: Jan Evangelista Purkyn?, a professor of anatomy at the University of Breslau, published his thesis discussing 9 fingerprint patterns, but he did not mention the use of fingerprints to identify persons.

1880: Dr Henry Faulds published his first paper on the subject in the scientific journal Nature in 1880. Returning to the UK in 1886, he offered the concept to the Metropolitan Police in London but it was dismissed.

1892: Sir Francis Galton published a detailed statistical model of fingerprint analysis and identification and encouraged its use in forensic science in his book Finger Prints.

1892: Juan Vucetich, an Argentine police officer who had been studying Galton pattern types for a year, made the first criminal fingerprint identification. He successfully proved Francisca Rojas guilty of murder after showing that the bloody fingerprint found at the crime scene was hers, and could only be hers. [Wikipedia] 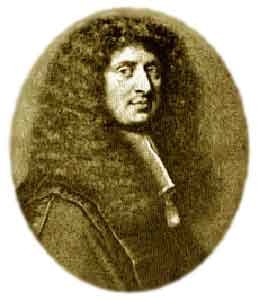 In Western culture, French legal scholars and practitioners developed the contemporary concept of a police paid by the government in the 17th and early 18th centuries, notably with Nicolas Delamare’s Traité de la Police (“Treatise on the Police”), first published in 1705. The German Polizeiwissenschaft (Science of Police) was also an important theoretical formulation of police. In 1667, the government of King Louis XIV created the first police force in the modern sense in the largest city in Europe. The royal edict, registered by the Parliament of Paris on March 15, 1667 created the office of lieutenant général de police (“lieutenant general of police”), who was to be the head of the new Paris police force. That defined the task of the police as “ensuring the peace and quiet of the public and of private individuals, purging the city of what may cause disturbances, procuring abundance, and having each and everyone live according to their station and their duties”. Gabriel Nicolas de la Reynie, who had 44 commissaires de police (police commissioners) under his authority, first held this office. [Wikipedia] 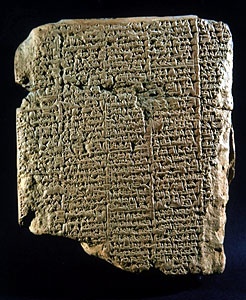 The history of law is closely connected to the development of civilizations. Ancient Egyptian law, dating as far back as 3000 BC, had a civil code that was probably broken into twelve books. It was based on the concept of Ma’at, characterized by tradition, rhetorical speech, social equality and impartiality. Around 1760 BC under King Hammurabi, ancient Babylonian law was codified and put in stone for the public to see in the marketplace; this became known as the Codex Hammurabi. However like Egyptian law, which is pieced together by historians from records of litigation, few sources remain and much has been lost over time. The influence of these earlier laws on later civilizations was small. The Old Testament is probably the oldest body of law still relevant for modern legal systems, dating back to 1280 BC. [Wikipedia]