For the last week, the site has been up and down as we have moved to a new host in California. Now that we are finally getting settled, it seems like a great time for us to all sit back and enjoy the new digs! The Simpsons has been around now for the better part of twenty years, and has become a staple on Sunday night television. From its humble beginnings as the crudely drawn yellow-hued family on the Tracy Ullman show, through its break away in December of 1989, and beyond up to its first feature film this past summer, The Simpsons has entertained and become ingrained in world-wide culture. The following ten episodes are by no means a complete list. In fact, just coming up with 10 was brain-meltingly difficult so I just chose the ones I could really relate to off the cuff. So please, feel free to inundate me with as many others as you can and I’d be happy to come up with a sequel in the future. Again, these are my opinion, but I do want yours, as well.

Add to My Profile | More Videos

So Its Come to This A Simpsons Clip Show Part 03

After Bart blows Homer up with a super-shaken can of duff on April Fools Day, stories about the original foolishness ensue.

The Simpsons -Treehouse of Horror VI

After Homer explains the contents of a new drink called the Flaming Homer, Moe steals the recipe to boost sales at the bar. Much hilarity and Aerosmith!

Marge falls for the absorbency of a paper towel icon Homer knows as Chad Sexington, and dresses Barney accordingly. Oh, and Homer screams a lot about a past experience featuring a body in a quarry. 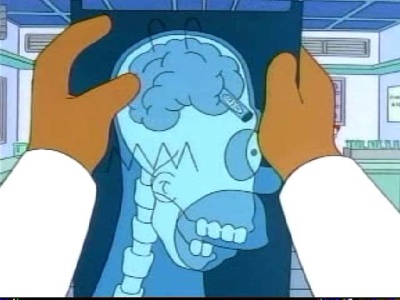 Homer discovers the basis behind his intolerable stupidity his a crayon lodged in his brain which Moe promptly removes. Homer becomes brilliant, then dumb again soon after it’s put back.

Sorry I couldn’t find a decent clip, but one of the best lines comes after Homer is smart and he says, “Who’s up for a trip to the library tomorrow? Notice i no longer say ‘libarry’ or ‘tomorry’. Great episode!

Homer becomes a food critic and eventually loses the assistance of Lisa and begins using words like, ‘momato’ and ‘pasketti’, as well as ‘screw Flanders’ in his articles. Anger ensues, of course.

Homer and family take up solace at a family farm and begin growing a cross-breed plant they call Tomacco after using nuclear fluid. According to Ralph Wiggum, “It tastes like gramma!” 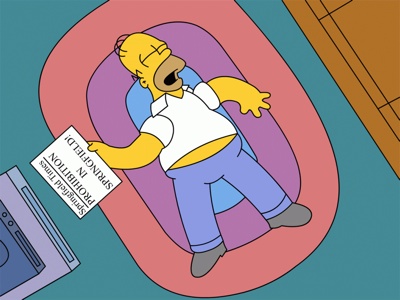 After an old paper is discovered that proves Springfield is a dry city, Homer loses it and enlists the aid of Bart to start smuggling alcohol from his basement to Moe’s. Oh, in bowling balls. Sorry, no videos, but here’s some great lines.

1. The Mysterious Voyage of Homer

The Simpsons – Homer gets high at Chilli Cook off

Homer takes a head-trip thanks to some Guatamalan insane peppers in his chili. He meets Johnny Cash the coyote and asks for help finding his soul mate. “Marge! Less artsy more fartsy!”