Board games have long been a staple in most homes. New games are still being created, but odds are that you have a copy of a long time favorite tucked away on a forgotten shelf or better yet is still played often. I’m talking about age old favorites, such as Monopoloy or Clue. This list takes a look at the top selling oldest games from Parker Brothers, which was started by 16 year old George S. Parker in 1883 with $40 of his $50 life savings. These are in no specific order. 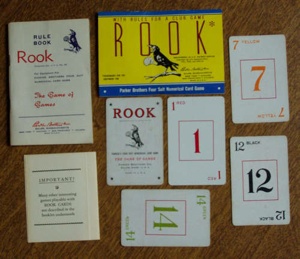 Card game published in 1906 and was PB’s best selling game until Monopoly in 1934. Rook was invented as a game to rival Bridge. Rook is played with a specialized deck of non-faced and non-suited cards. This was to appeal to those who thought face cards were used for gambling or fortune telling. Rook is also called missionary poker. 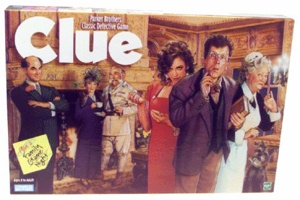 Originally named Cluedo, but renamed Clue for distribution in North America. Cluedo was created in 1944 by Anthony E. Pratt, a retired solicitor’s clerk in England. Pratt had Waddington’s Games manufacture the game and in 1949 PN obtained the rights from Waddington’s Games. Clue is a mystery game where you try to find clues to be the first to solve the murder of Mr. Boddy. 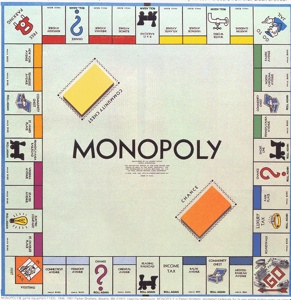 Who hasn’t played Monoploy? I thought it best to let Hasbro speak on this one:

The MONOPOLY game was brought to PARKER BROTHERS in 1934 by Charles B. Darrow of Germantown, PA, but at the end of the initial play-test by company executives, the game was unanimously turned down. It took too long to play, the rules were too complicated, and players kept going around and around the board instead of ending up at a final goal. Advised that the game contained 52 fundamental playing errors, Darrow proceeded on his own. When reports of the game’s success began to reach PARKER BROTHERS, the company reconsidered, and early in 1935 bought the rights. 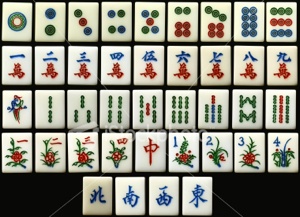 Mahjong is an addicting game of matching tiles. These tiles are divided into Suits, Honor and Flower categories. I have found no clear history on who created Mahjong, but 1 myth is that it is created by Confucius around 500 BC. But I can tell you that PB signed a distribution deal in 1923 and started making different quality and priced sets out of Bakelite and ivory. 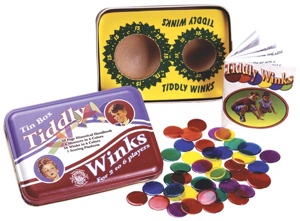 The main object of this game is to flip your wink either onto your opponents winks or inside of a cup. Tiddlywinks were created by Eugene V. Tiedler in the 1880’s. Tiedler owned Tiedler’s Quality Timing-Pieces which had a specialty of animal shaped clocks. The original idea for tiddlywinks were eye scraps from owl clocks. PB obtained the rights in 1938. 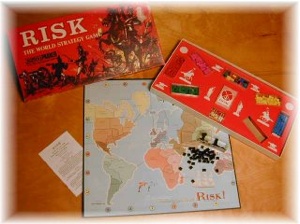 A classic conquer/conquest game. La Conquête du Monde (The Conquest of the World), created in 1957 by a French movie director, Albert Lamorisse. Risk is based upon a Napoleonic-era map of the world divided into 42 territories in 6 continents. Acquired by Parker Brothers in 1984 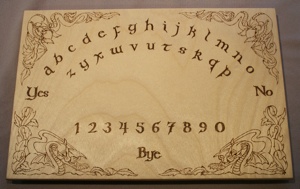 The game of Ouija known today was marketed by William & Issac Fuld. The game itself is thought to have been around since the ancient Egyptians. The game was not originally sold as a game, but as a device for communicating with the dead. To be honest, I don’t know anyone who has ever played this as a game in the traditional sense. Parker Brothers bought the William Fuld Company in 1966. 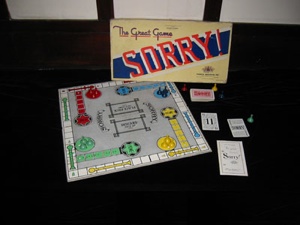 The goal of Sorry! is to be the first player to move all 4 tokens from the Start Home. Sorry! is played with cards instead of dice. I haven’t found much info on the history of Sorry!, but Wikipedia states that the earliest variation of today’s Sorry! can be traced back to England. Sorry! was adopted by Parker Brothers in 1934 and was based on an ancient Indian game named pachisi.