Sure, we all know Christmas is about the birth of our Savior, and, to some extent, gift giving and Santa Claus, but, what you didn’t know is that Christmas is also about fine cinematic horror choices. Horror on Christmas? Absolutely. Some of the genre’s finest films take place on this – our most beloved of holidays. And, this is the List Universe after all – we love to horrify, frighten, revolt and shock you! Here are ten of the best choices for your very SCARY Christmas! 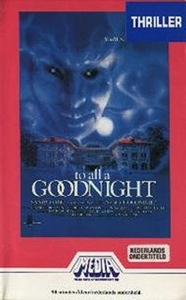 It’s Christmas break at the Calvin Finishing School for Girls, and the students are planning a big party while the president of the school is away. A group of boys show up and the fun begins! That is, until a mysterious killer starts bumping off couples one by one. The police show up and promise to keep everyone safe, but they prove ineffectual against the crazed psycho. Could the killings have anything to do with the girl who was killed in an initiation stunt at the school a few years earlier? 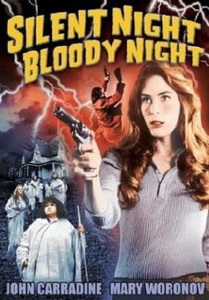 Wilford Butler returns home on Christmas Eve and his house had been turned into a mental institution for the criminally insane. But the day of his return, he is purposely set on fire and dies. The town’s people believe his death was an accident, and the institution-house is later closed down. Wilford leaves the house to his grandson Jeffrey in his will. A few years later, Jeffrey finally decides to sell this grandfather’s house, but the town’s people, including the Mayor, have mixed feelings on keeping people away from the house, especially when a serial killer escapes from another institution and finds refuge there. The killer makes frightening phone calls and kills anyone coming near the house. But what does the killer have in common with what happened to Wilford Butler years before? 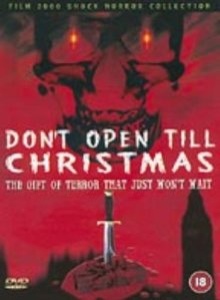 A murderer is running loose through the streets of London, hunting down men dressed as Santa and killing them all in different, extremely violent, and quite colorful fashions. Inspector Harris has decided to take on the seemingly impossible task of tracking down the psychopath, but he’s going to have his work cut out for him. Only the suspicious reporter, Giles, seems to offer the Inspector any promising leads. 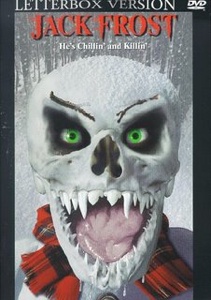 A serial killer is mutated physically and genetically in car wreck on the way to his execution. After which, he becomes a murdering snowman hell-bent on revenge for the sheriff who caught him. Simple plot outline and an even simpler film. 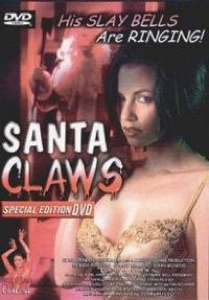 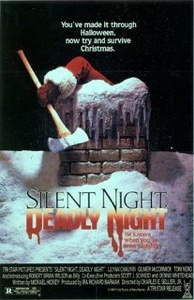 After his parents are murdered by a scalpel-wielding Santa, a young boy is sent to an orphanage. He ends up spying on two people having sex, and learns sex is a very naughty thing, indeed. A few years later, in a homey little department store, the kid is given the ultimate screw-up: SANTA CLAUS. After seeing two people having sex in the storage room, he has flashbacks of his parents’ murder, and ends up killing them both. He then sets off on a massive killing spree. Can he be stopped? Or will Santa deliver new presents to all the little kids? 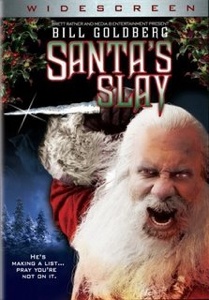 On the Christmas Eve of 2005, Santa Claus (wrestler Bill Goldberg) arrives in Hell Township killing the locals. A teenager, Nicholas Yuleson, finds that his grandfather is actually an angel that defeated the devil’s son in a bet, and the evil creature has spent the last one thousand years playing a good Santa Claus, giving toys to the children. Now that the bet is over, Santa Claus wants revenge. Nicholas and his girlfriend, Mary, decide to escape from the killer and find a way to stop him until the end of Christmas. 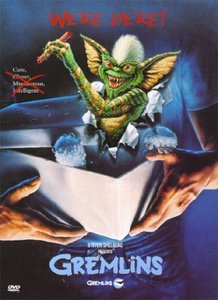 Gremlins begins with inventor Rand Peltzer trying to find a quick gift for his son, Billy, before returning home from a New York trip. He settles on a unique pet in a Chinatown curio shop–a cute, furry creature known as a Mogwai. Before he leaves, he is warned by the shop’s owner that three rules must be obeyed by a Mogwai owner: 1) Keep it away from bright light, 2) Don’t get it wet, and 3) Never, ever feed it after midnight. Despite the innocuous rules, Billy loves his adorable new pet, naming it Gizmo and taking it everywhere he goes. Unfortunately, he and his friends also begin breaking the rules of Mogwai care. When water is accidentally spilled on Gizmo, it causes him to multiply and produce a number of mischievous little brothers. Among these is the mean-tempered Stripe. Soon enough, the new Mogwai get hold of some food after midnight and this causes them to change from cute fur-balls into nasty, scaly monsters dubbed ‘Gremlins.’ 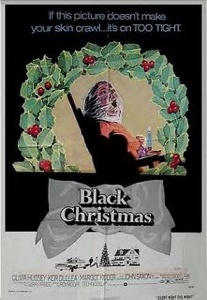 This 98-minute film is a stark and stylish horror/thriller that turns everyone’s favorite time of the year inside out. Olivia Hussey and Margot Kidder star among an ill-fated houseful of sorority sisters celebrating the holiday season. Festivities turn fatal when obscene phone calls break the serenity and it becomes clear that a psychopath is stalking the house. Largely considered the ‘grand-daddy’ of holiday-themed slasher films. 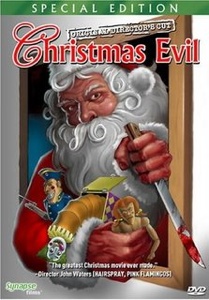 Often, and for good reason, recognized as the best of the Christmas horror efforts, Christmas Evil is the story of a boy who loves Christmas. He is scarred as a boy when he learns that Santa is, much to his chagrin, not real. Throughout the rest of his life, the toy-maker tries to make the Christmas spirit a reality. He becomes obsessed with the behavior of children and the quality of the toys he makes. When he is met with hypocrisy and cynicism, the resulting snap causes him to go on a yuletide killing spree to complete this dark comedic horror.