What separates man from machine? Thanks to the evolution of modern technology during the last few decades, this question has been pondered over by many modern thinkers—but for every answer offered, another question is born.

Is it our ability to be interconnected that makes us human? Is it our ability to make conscious decisions? Is it the fact that we don’t just rely on instinct, but instead use our intellectual capabilities of reason and foresight? Or perhaps our difference simply lies in our arrogance—our self-proclaimed superiority over every other creation?

These are interesting questions, and the following list—by describing ten of the most well-known human androids in the history of science fiction—might help us answer them. This list was inspired by the science fiction novel of the legendary author Philip K. Dick, “Do Androids Dream of Electric Sheep?” 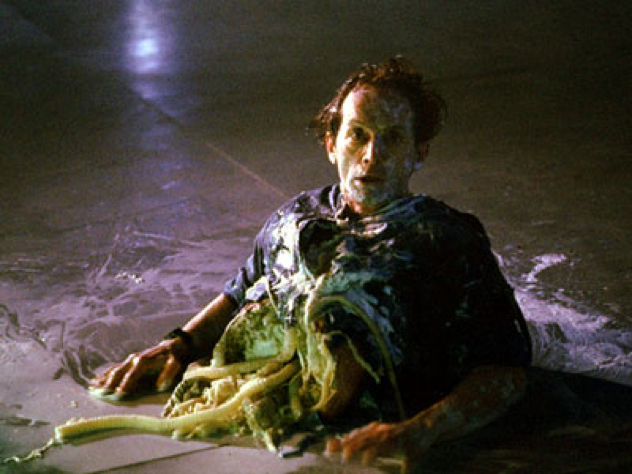 Claustrophobic and dark, this sequel to “Alien” manages to at once stand beautifully on its own, and serve as a great compliment to the first movie.

Bishop, one of the characters in the film, is an android who prefers the term “artificial person.” He is so great at his job that it makes us wonder why there weren’t more androids in the space marine unit. One possible answer could be that androids were not generally programmed to kill—a safety measure that cemented their status as an engineered underclass.

The scene in which Bishop performs his freaky knife trick became an instant classic, to be emulated by children worldwide—although the kids mostly used blunt pencils, of course. 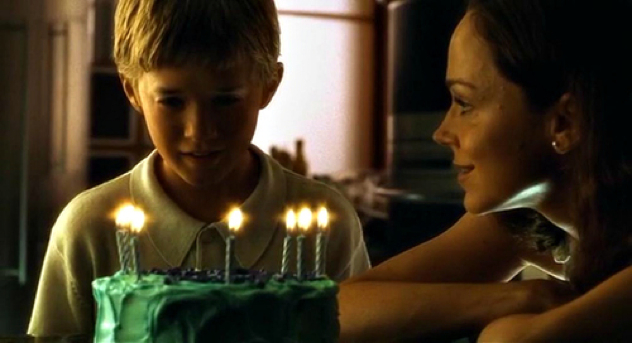 David is much like a modern-day Pinocchio. He’s probably the most innocent, defenseless, and sad human android we’ve ever seen on our screens.  Those who have seen the film can probably recall David’s desperate attempts to transform himself from Mecha to Orga, with the help of the quixotic Blue Fairy.

The child-robot was programmed to love unconditionally, but he finds himself spurned—considered to be a mere robot—by the mother who purchased him as a replacement for her real son. The scene in which little David is abandoned by his mother is one of the most heartrending scenes in film history. 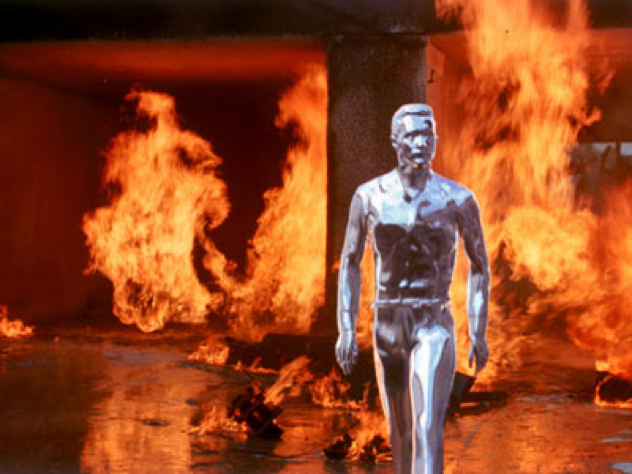 The T-1000 has the same angry face and limited dialogue that we came to love in the T-800—but he has the added advantage of being made from “liquid metal”, which allows him to regenerate and to assume the forms of other people and objects. Unfortunately for his foes, he can run faster, too.

He also taught us a valuable lesson, never to be forgotten by a large part of our generation: never trust a policeman who compliments you on your bike. 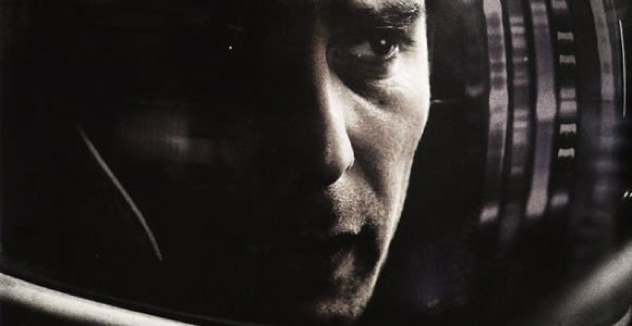 For sci-fi lovers, this film by Duncan Jones is a real blast. It obviously takes inspiration from classics such as  ”2001: A Space Odyssey”, “Blade Runner”, and “Alien” among others, but still manages to be highly original.

One distinctive feature of this film is it features not merely one, but a whole team of androids—all designed to replace the same human. This might sound a little bizarre for someone who hasn’t seen the film, but it will make perfect sense if you get a chance to watch it. Sam is one of the most sympathetic androids in the film, and during the movie you can’t help but feel compassion for him. The scenes in which Rockwell has to interact with the “other” Sams are truly excellent. The timing is nearly perfect, and the director doesn’t attempt to cheat with tricky camera shots and other distractions.

The main themes of the movie—alienation, solitude, dehumanization and disbelief—are rather thought-provoking, and they make you wonder what is real and what is not in this life. 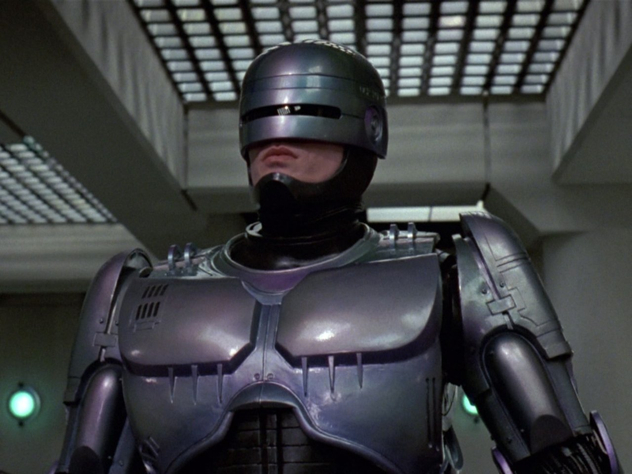 Robocop is closer to being fully human than any other android in this list, yet he looks perhaps the least human-like of them all—externally, at least. He is a cyborg—half man and half machine—and as the future of law enforcement, he’s here to take care of business.

Alex Murphy was the fortunate (or unfortunate?) candidate chosen to be Robocop after being brutally murdered by a gang of criminals. Murphy, in his new identity as Robocop, is effectively dead—but he still has a memory, and therefore sets out on a quest to avenge his own death by hunting down those who were responsible.

Robocop will always linger in the collective memory, reminding crooks that they should never mess with the law. 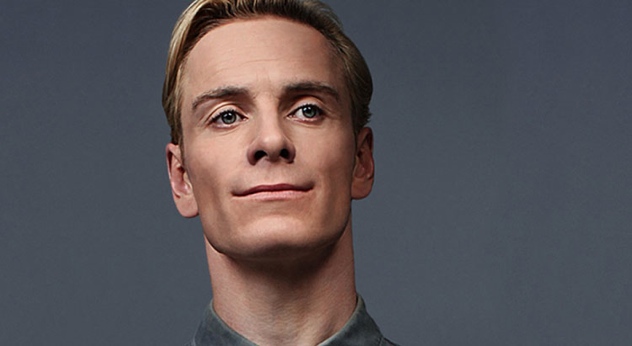 Michael Fassbender does a great job as David; he’s probably the best thing about the highly anticipated film “Prometheus”, which in many ways turned out to be a disappointing flop.

David is a human android—and he’s the kind of android who makes moral compasses go haywire, as we try to figure out whether he’s good or pure evil. He’s kind, and has great manners—but he tends to do evil things, mostly out of scientific curiosity. At one point in the film, he finds a vase of goo and inspects it with his finger. He then deliberately puts his finger into Holloway’s champagne, poisoning him. Holloway’s death was unintentional—but should David have been so careless with human life? 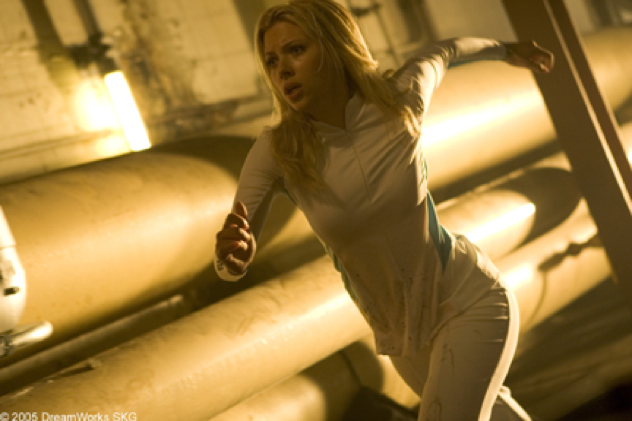 There is little doubt that Jordan Two Delta is one of the most refined androids on this list. Scarlett Johansson carries this film on her shoulders; her performance is phenomenal, and she is utterly convincing in the role of the “unsuspecting product,” who little understands that her sole purpose in life is to be harvested for her organs.

She is the clone of Sarah Jordan, a supermodel for Calvin Klein, who was severely injured in a car accident. But after she falls in love with another human android, Lincoln, and feels a new will to survive, she runs away from the “island.” Here’s another film in which human androids are portrayed having a strong will and an intelligence of their own, as well as the capability of developing genuine emotion. 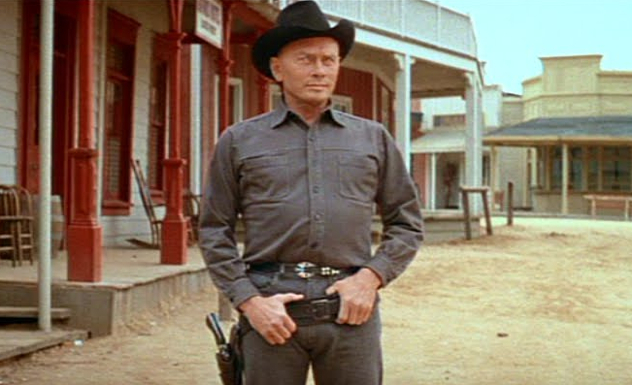 What happens when robots are integrated into our society and then malfunction en masse, turning against their human creators? The film “Westworld” is an early attempt at this genre of science fiction, released way back in the 1970s. The setting is America’s newest amusement park, where guests are able to explore three realistic simulations from history: the  Roman world, the medieval world, and the world of America’s wild west.

While you’re immersed in the simulation, you can partake in any of the things you’d expect in these scenarios—without consequence. A visitor can engage in a bar fight, visit a saloon, break out of jail, and even find themselves in the middle of a shoot-out.

A serious issue soon arises, however, when the human androids involved in the simulation begin to disobey their scientist creators. Yul Brynner, in his role as the Gunslinger android, is fantastic. That creepy smile of his is perfectly horrific, and forms but one element in what was the most intimidating role in Brynner’s career.  Gunslinger, in the eyes of much of the sci-fi world, will always bear the status of the original “terminator”—and it may just be one of the best portrayals of a robot you’ll ever see. 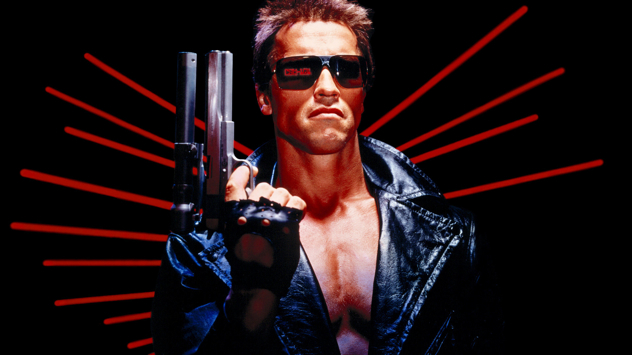 There are actors, and there are movie stars. Arnold Schwarzenegger is without question a movie star—every time he is on screen, he makes a statement with his mere presence. In this film, Arnold plays the villain—and he plays the role to perfection. Aside from the thrilling sequel, this is perhaps Arnold’s best work.

T-800 is an advanced prototype Terminator developed by Cyberdyne Systems, and sent from thirty-five years in the future to destroy the young John Connor, so that machines can rule the earth. Overall, Terminator is a great motion picture—a combination of familiar sci-fi elements put together in an original script packed with entertaining action sequences. Terminator’s eternal quote, “I’ll be back” is probably the most popular quote in the history of film.

This film is essentially a poem—a philosophical meditation on the cruel reality of death, and on life’s ultimate lack of meaning. Though it was misunderstood when it first hit theaters, the influence of Ridley Scott’s mysterious, neo-noir Blade Runner has deepened with time, and is now considered to be one of the greatest sci-fi movies in history.

Roy Batty, the main character, is the highly intelligent and vicious leader of the renegade Nexus-6 replicant group. His nature is one of both childlike curiosity and violent will, as he clearly demonstrates in his interactions with peers and humans alike. One of the film’s highlights is when Roy meets with his “father”; he has so many questions and so much anger, and all he wants is answers and, of course, life—he thirsts for life.

The final scenes of this film involve a terrific synthesis of the most important problems of the mankind: life and death. Roy Batty saves Deckard’s life, while his own life has finally come to an end; so he sits down and utters probably the most beautiful soliloquy in motion picture history.

Theodoros II is a collector of experiences and a law graduate. He loves History, Sci-Fi culture, European politics, and exploring the worlds of hidden knowledge. His two biggest passions are writing and music. His ideal trip in an alternative world would be to the lost city of Atlantis. Send him an email at [email protected]