As promised, we finally present our sequel to the Top 10 Most Evil Women list. The women on this list are all infamous for the horrors they caused. It is a very difficult topic to rank, so I have done my best to do so in an objective manner. If you think anyone is missing from either of these two lists, be sure to tell us in the comments. 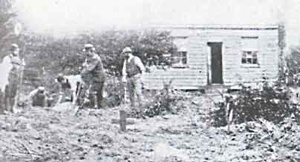 Minnie Dean was the first, and only, woman to be executed in the history of New Zealand. She was executed by hanging. Under the guise of helping poor young girls, this evil woman murdered their children and took what little money they had to improve her own lifestyle. At the time, a young woman becoming pregnant without a father was severely stigmatized by society. This gave rise to a phenomenon called “baby farming”, in which people would offer to take the children and raise them for a moderate regular fee. Dean was one such farmer, but rather than raising the children, she murdered them at the soonest opportunity and kept the money. This was made possible because “adopting” parents were not required to be registered by law. In many cases the children simply vanished in to the homes of these “farmers” never to be seen again. Dean murdered at least 3 children, but it is likely that there were many more whose bodies were not recovered. In my youth I was given a tour of the New Zealand Police private museum, and I saw the bones of the 3 recovered children – it was something I will never forget. 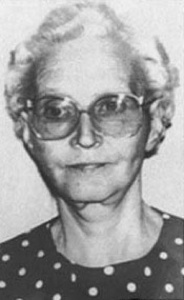 Dorothy Puente was an elderly woman who ran a boarding house for down and outs. During her years in the house she slowly murdered the people who lived with her, and forged their signatures on social security checks, in order to live the high life. She refused to allow her tenants to touch the phone or mail. She would take any money that was sent to them and keep most of it for herself. Among her victims were drunks, and schizophrenics. One of the bodies found in the back yard had had its head, arms and legs removed. The money she stole helped pay for luxury clothing and perfume, as well as a face lift shortly before she was caught. Puente showed no remorse for her crimes and is currently serving time in jail where she will die. 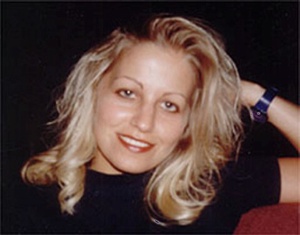 Death Toll: 3 (at least 5 others suspected)

Karla Homolka is a Canadian serial killer who attracted worldwide media attention when she was convicted of helping her husband, Paul Bernardo, rape and murder teenage girls. Her victims included her sister, Tammy Homolka. Karla videotaped her husband brutalizing and murdering young women – these videotapes were used against them in court, and parts have leaked on to the internet despite the fact that the Canadian government ordered the videos destroyed. Shockingly, Homolka was released from jail in 2005 after just 12 years, and is now living in the sunny paradise that is the West Indies. Justice, commonwealth style. 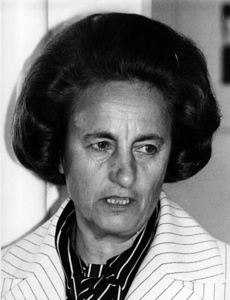 Elena Ceau?escu was a Romanian self-proclaimed scientist, wife of Romania’s Communist leader, Nicolae Ceau?escu, and Vice Prime Minister of Romania. Romanians hold Elena Ceau?escu responsible for the elimination of birth control, which created crisis conditions during the 1970s and 1980s, resulting in a flood of unwanted infants, babies and children, that were housed in substandard state operated orphanages throughout the country. She also headed the State health commission, which denied the existence of AIDS in Romania, leading to one of the largest outbreaks (including pediatric cases) in the western world. She was also responsible for the destruction of churches and the food rationing that took place in Romania in the 1980s. She was eventually executed for her crimes against humanity, and died screaming “go to hell” to her executor. I wonder how she is finding it there. 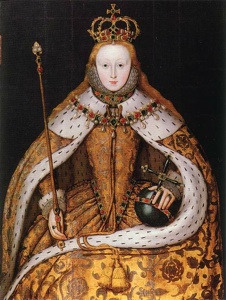 Elizabeth I, in order to suppress Catholicism, had thousands of Catholics in England and Ireland murdered. While she did good things with regards to parliament, she was an evil tyrant who is, unfortunately, portrayed as “Good Queen Bess” these days (as we know, the victors write history). Additionally, Elizabeth gave Mary, Queen of Scots refuge, then immediately betrayed her and kept her prisoner for nearly 19 years, before murdering her (with no intervening freedom!). She encouraged piracy against Spanish ships and allowed the slave trade to thrive. 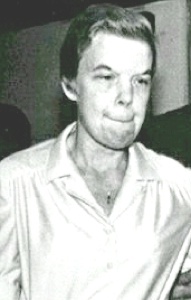 Between 1972 and 1985, Tinning had 8 children and adopted another one, all of whom she murdered. Throughout the period of the deaths, no one had any suspicion that she was murdering them, and genetics was blamed. This happened despite the fact that her adopted child was the seventh child murdered. She confessed to smothering her children, but later retracted the confession. She was eventually sentenced to 20 years in prison – since then, both attempts at parole have been denied. 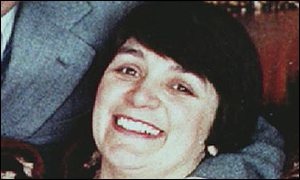 Together with her husband Fred, Rosemary West is believed to have tortured and murdered at least 12 young women. In August, 1992, Fred West was arrested after being accused of raping his 13-year-old daughter three times, and Rosemary West was arrested for child cruelty. The Wests developed a habit of picking up girls from bus stops in and around Gloucester, England, and imprisoning them in their home for several days before killing them. West had a voracious sexual appetite and enjoyed extreme bondage and sadomasochistic sex. She was bisexual, and many of their victims were picked up for her and her husband’s sexual pleasure. West also worked as a prostitute. Two of her children were fathered by these clients. West is one of only two women ever to be condemned to die in prison in the United Kingdom (the other was Myra Hindley, who has since died in prison). 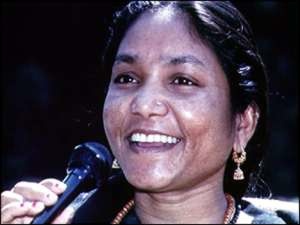 Phoolan Devi was an Indian Dacoit (armed robber), who had a brief career as a politician later in her life. In the 1970s she was kidnapped by a gang of dacoits, and she eventually joined them in their crimes. At one point she was raped by a group of men in Behmai, a village they attacked. She managed to escape and continued her life of crime, stealing from the wealthy. She eventually returned to Behmai, where she ordered all of the men in the village lined up and shot. At least 22 men were murdered at her command. She was finally arrested, and spent 11 years in jail. She went in to politics but her short lived career ended due to abuse of her power. Shockingly, in 1998, Phoolan Devi was nominated for the Nobel Peace Prize by some members of the British Parliament. In 2001, she was assassinated by a man in revenge for the murders she caused in Behmai. 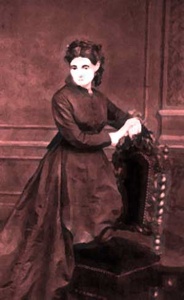 LaLaurie was a sadistic socialite who lived in New Orleans. Her home was a chamber of horrors. On April 10, 1834, a fire broke out in the mansion’s kitchen, and firefighters found two slaves chained to the stove. They appeared to have started the fire themselves, in order to attract attention. The firefighters were lead by other slaves to the attic, where the real surprise was. Over a dozen disfigured and maimed slaves were manacled to the walls or floors. Several had been the subjects of gruesome medical experiments. One man appeared to be part of some bizarre sex change, a woman was trapped in a small cage with her limbs broken and reset to look like a crab, and another woman with arms and legs removed, and patches of her flesh sliced off in a circular motion to resemble a caterpillar. Some had had their mouths sewn shut and had subsequently starved to death, whilst others had their hands sewn to different parts of their bodies. Most were found dead, but some were alive and begging to be killed, to release them from the pain. LaLaurie fled before she could be bought to justice – she was never caught. You can read a more indepth article on Delphine LaLaurie here. 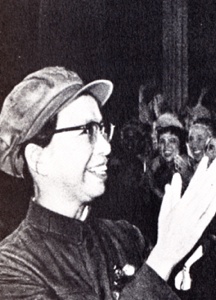 Jiang Qing was the wife of Mao Tse-tung, the Communist dictator of China. Through clever maneuvering she managed to reach the highest position of power within the communist party (short of being President). It is believed that she was the main driving force behind China’s Cultural Revolution (of which she was the deputy director). During the Cultural Revolution, much economic activity was halted, and countless ancient buildings, artifacts, antiques, books and paintings were destroyed by Red Guards. The 10 years of the Cultural Revolution also brought the education system to a virtual halt, and many intellectuals were sent to prison camps. Millions of people in China reportedly had their human rights annulled during the Cultural Revolution. Millions more were also forcibly displaced. Estimates of the death toll – civilians and Red Guards – from various Western and Eastern sources are about 500,000 in the true years of chaos of 1966—1969, but some estimates are as high as 3 million deaths, with 36 million being persecuted.

We have now shown 20 evil women and I am sorry to say that I have found enough to do a third list in the future. Women, and mothers in particular, are trusted by society to raise future generations – what a tragedy when things go so wrong that we end up with murderous mothers. It strikes me that there must be some warning sign of impending evil with these people – is there any way we can detect it, and if so, can anything be done to prevent the evil from blossoming? Do we have a moral right to dispose of these people before they can do any damage?

This article uses some material from Wikipedia