This is a list of ten great writers that are famous for one novel and one novel alone. Some of them have written additional short stories or poetry and in a couple of cases additional novels (none of which are well known or ever rose to the prominence of their main work). Here are the top 10 literary one hit wonders. 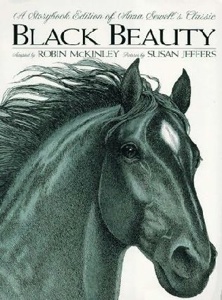 At the age of 14, Anna Sewell fell while walking home from school in the rain, injuring both her ankles. Possibly through mistreatment of her injury, she became lame for the rest of her life and was unable to stand or walk for any length of time. For greater mobility, she frequently used horse-drawn carriages, which contributed to her love of horses and concern for the humane treatment of animals. Black Beauty is the only book she ever wrote. It was written during her later years as an invalid confined to her home.

Black Beauty is told as an autobiographical memoir by a highbred horse named Black Beauty—beginning with his carefree days as a foal on an English farm, to his difficult life pulling cabs in London, to his happy retirement in the country.

9. Gone with the Wind Margaret Mitchell 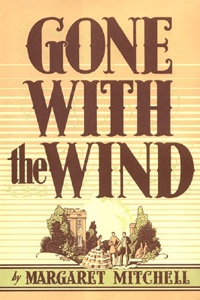 Mitchell won the Pulitzer Prize in 1937 for her book Gone with the Wind. She started writing the novel whilst recovering from a broken ankle. She drew upon her encyclopedic knowledge of the Civil War and dramatic moments from her own life, and typed her epic novel on an old Remington typewriter. She wrote for her own pleasure and kept the novel secret from her friends. She only wrote one other book – published posthumously. It is entitled Lost Laysen.

Gone with the Wind is a novel set in the Old South during the American Civil War and Reconstruction. It relates the story of a rebellious Georgia Southern belle named Scarlett O’Hara and her experiences with friends, family, lovers, and enemies before, during, and after the Civil War. Using Scarlett’s life, Mitchell examined the effect of the War on the old order of the South, and the aftermath of the war on what was left of the southern planter class.

8. The Devil in the Flesh Raymond Radiguet 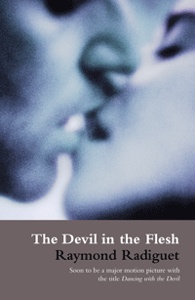 Radiguet left home at 14 and moved to Paris where he associated himself with the Modernist set, befriending Picasso, Max Jacob, Juan Gris and especially Jean Cocteau, who would become his mentor and, according to gossip in Paris at the time, reportedly his lover. Radiguet also had several well-documented relationships with women. Ernest Hemmingway implied that Radiguet employed his sexuality to advance his career, being a writer “who knew how to make his career not only with his pen but with his pencil.”

In early 1923 Radiguet published his first and most famous novel, Le Diable au corps (The Devil in the Flesh). The story of a young married woman who has an affair with a sixteen-year old boy while her husband is away fighting at the front provoked scandal in a country that had just been through World War I. It was a largely autobiographical book. Radiguet only wrote one other novel (Le bal du Comte d’Orgel) which was published posthumously. 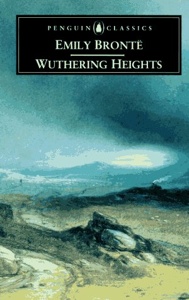 Emily Bronte was the second eldest of the three surviving Bronte sisters, being younger than Charlotte and older than Anne. She published under the masculine pen name Ellis Bell. It was the discovery of Emily’s poetic talent by her family that led her and her sisters, Charlotte and Anne, to publish a joint collection of their poetry in 1846. She caught a chill during the funeral of her brother in September, and, having refused all medical help, died on December 19, 1848 of tuberculosis.

Now considered a classic of English literature, Wuthering Heights’ innovative structure, which has been likened to a series of Matryoshka dolls, met with mixed reviews by critics when it first appeared. Though Charlotte Bronte’s Jane Eyre was originally considered the best of the Bronte sisters’ works, many subsequent critics of Wuthering Heights argued that its originality and achievement made it superior. 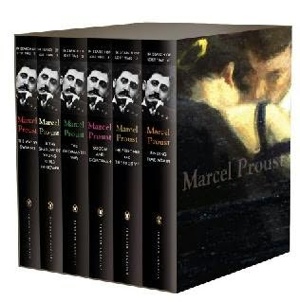 Proust was a French novelist, essayist and critic. His birth took place during the violence that surrounded the suppression of the Paris Commune, and his childhood corresponds with the consolidation of the French Third Republic. Much of In Search of Lost Time concerns the vast changes, most particularly the decline of the aristocracy and the rise of the middle classes, that occurred in France during the Third Republic

Begun in 1909, In Search of Lost Time consists of seven volumes spanning some 3,200 pages and teeming with more than 2,000 literary characters. Graham Greene called Proust the “greatest novelist of the 20th century”, and W. Somerset Maugham called the novel the “greatest fiction to date.” Proust died before he was able to complete his revision of the drafts and proofs of the final volumes, the last three of which were published posthumously and edited by his brother, Robert. 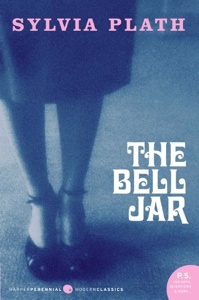 Plath is one of the greatest female writers to emerge from the United States. Her poetry is brilliantly written and has a clarity one might not expect from a person so troubled by mental illness. Plath was married to Ted Hughes (the once English Poet Laureate). She committed suicide by gassing herself at the age of 30.

The Bell Jar is American writer Sylvia Plath’s only novel, which was originally published under the pseudonym “Victoria Lucas” in 1963. The novel is semi-autobiographical with the names of places and people changed. The book is often regarded as a roman à clef, with the protagonist’s descent into mental illness paralleling Plath’s own experiences with what may have been either bipolar disorder or clinical depression. Plath committed suicide a month after its first publication. 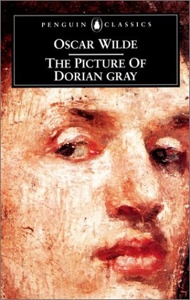 Wilde was an Irish playwright, novelist, poet, and author of short stories. Known for his barbed wit, he was one of the most successful playwrights of late Victorian London, and one of the greatest celebrities of his day. As the result of a famous trial, he suffered a dramatic downfall and was imprisoned for two years of hard labour after being convicted of the offence of “gross indecency.”

The novel tells of a young man named Dorian Gray, the subject of a painting by artist Basil Hallward, who is greatly impressed by Dorian’s physical beauty and becomes strongly infatuated with him, believing that his beauty is responsible for a new mode in his art. Dorian cries out, wishing that the portrait Basil has painted of him would age rather than himself. Dorian’s wish is fulfilled, subsequently plunging him into a series of debauched acts.

3. To Kill a Mockingbird Harper Lee 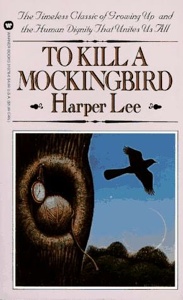 Nelle Harper Lee (born April 28, 1926) is an American novelist known for her Pulitzer Prize–winning 1960 novel To Kill a Mockingbird, her only major work to date. She was awarded the Presidential Medal of Freedom of United States for her contributions to literature in 2007. As a child, Lee was a tomboy and a precocious reader, and enjoyed the friendship of her schoolmate and neighbor, the young Truman Capote.

To Kill a Mockingbird became instantly successful and has become a classic of modern American fiction. The novel is loosely based on the author’s observations of her family and neighbors, as well as an event that occurred near her hometown when she was 10 years old. Lee’s novel is widely taught in schools in English-speaking countries with lessons that tie into tolerance and prejudice. The novel addresses themes such as courage, racial injustice, the death of innocence, tragedy, and coming of age, set against a backdrop of life in the Deep South. 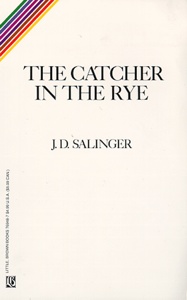 Salinger is an American author, best known for his 1951 novel The Catcher in the Rye, as well as for his reclusive nature. He has not published a new work since 1965 and has not been interviewed since 1980. The success of The Catcher in the Rye led to public attention and scrutiny; Salinger became reclusive, publishing new work less frequently. He followed Catcher with three collections of short stories: Nine Stories (1953), Franny and Zooey (1961), and Raise High the Roof Beam, Carpenters and Seymour: An Introduction (1963). His last published work, a novella entitled “Hapworth 16, 1924,” appeared in The New Yorker in 1965. Catcher in the Rye is, to date, his only full novel.

The Catcher in the Rye is a novel by J. D. Salinger. First published in the United States in 1951, the novel has been a frequently challenged book in its home country for its liberal use of profanity and portrayal of sexuality and teenage angst. The novel’s protagonist, Holden Caulfield, has become an icon for teenage rebellion and defiance. Written in the first person, The Catcher in the Rye follows Holden’s experiences in New York City in the days following his expulsion from Pencey Prep, a college preparatory school. 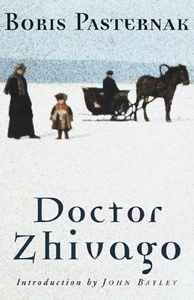 Pasternak was a Nobel Prize-winning Russian poet and writer, in the West best known for his epic novel Doctor Zhivago. The novel is a tragedy, whose events span through the last period of Tsarist Russia and early days of Soviet Union, and was first translated and published in Italy in 1957. In Russia, however, Boris Pasternak is most celebrated as a poet.

Dr Zhivago tells the story of a man torn between two women, set primarily against the backdrop of the Russian Revolution of 1917 and the subsequent Russian Civil War of 1918-1920. More deeply, the novel discusses the plight of a man as the life that he has always known is dramatically torn apart by forces beyond his control.