The video game industry is often criticized for it’s inability to create positive female and minority stars in their games. From Mario to Doom to Metal Gear Solid, main video game characters have mostly been white males. To offer up some diversity, here are ten characters that break the mold, and can be considered to be strong, resourceful, and positive heroes. Please note I have included only main, playable characters. 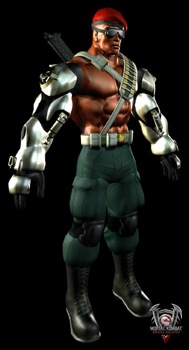 Jax, a cybernetically enhanced soldier in the Mortal Kombat games, is the first African-American character in the series. While generally looked upon by MK fans as a lesser character, Major Jackson Briggs gets the nod here for at least being one of the good guys. And his Friendship move in Mortal Kombat 2 of cutting out paper dolls for his opponent is priceless!

Yes, that Michael Jackson! In 1990, games based on MJ’s Moonwalker video hit the arcades and home gaming systems. In the Sega Genesis version, you play as the King of Pop using magical dance moves to defeat henchmen and rescue little girls(!). Many of his hit songs are here including “Smooth Criminal” and “Billie Jean”. Even Bubbles the chimp makes an appearance. The game-play is pretty simplistic, (and a bit goofy- magic stars(?) come out of his foot to defeat enemies), but I will give MJ props for developing a game with no guns and a positive black (yes, he was still black then) role model. 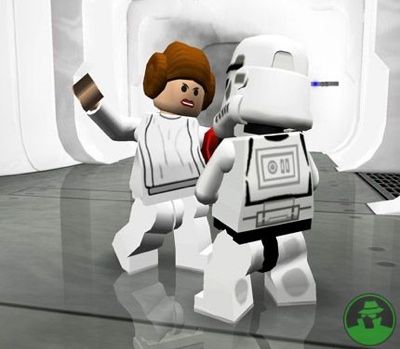 The Star Wars movies have lead to many video game spin-offs and Princess Leia is included as a playable character in several. My favorite is Lego Star Wars II: The Original Trilogy, available for many home systems. In this game, Leia wields a blaster, her bun hairdo, and one very determined pair of eyebrows, to help save the galaxy. Best of all, you can even recreate the infamous gold metal bikini from Return of the Jedi!

The first female in the Mortal Kombat fighting series, Sonya Blade is given a back-story usually reserved for men; an elite soldier tracking the man (Kano) responsible for her partner’s death. Some of her fighting moves in the games, including her handstand leg grab and her Fatality (finishing move) the “Kiss of Death” are among the most popular of any fighting game series. Sonya is also unique in that she is rarely displayed in an overly sexual manner. She is a major character in the two live action films based on the games; lovely Bridgette Wilson plays Sonya in the (better) first film. 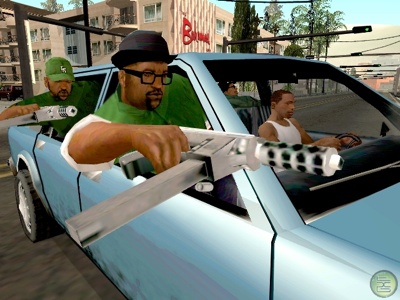 From the best selling game Grand Theft Auto: San Andreas, comes arguably the most controversial video game character, Carl “CJ” Johnson. CJ is African-American, and with this game he became the most known black hero in any game. Most in the African-American community would argue that he is a harmful stereotype, a criminal glamorizing the “thug life” in a world of guns, drugs, and prostitutes. But if one can divest themselves of the social impact of the character, he can be considered tougher and more capable than his white counterparts in the other GTA games. 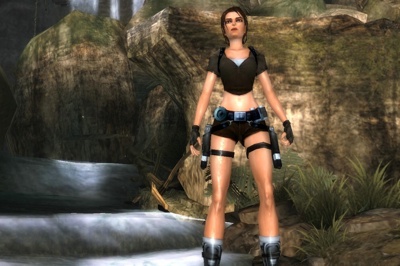 With her trademark outfit of blue top, brown shorts, and two pistols ready at the hips, Lara Croft has become THE video game sex symbol. She made her debut in 1996’s Tomb Raider, a major hit for the Sony Playstation. With 35 million games sold, Lara is recognized by The Guinness Book of World Records as the most famous female video game character of all time. However, she remains controversial, because of the gratuitous sexuality and extreme violence in her early games. Her fame though is undeniable, as seen by her portrayal in two major movies by the gorgeous Angelina Jolie.

For anyone who came of age in 1986, your defining childhood moment was most likely finding out that Samus, the tough, cybernetic suit wearing, missile firing hero of Metroid (NES) was actually… a girl! The first game in the popular series gave no clue to her gender and the manual even referred to Samus as “he”. However, beating the game quickly would reveal Samus out of her suit as a scantily clad, curvaceous heroine. Samus has starred in ten top selling games, and is also a character in the popular Super Smash Bros. series.

Armed with tremendous thighs and an infectious giggle, Chun-Li was introduced in 1991’s Street Fighter II, becoming the first playable female character in a one-on-one fighting game. Her signature move is the Hyakuretsukyaku or Lightning Kick, a devastating rapid-fire kick to her opponent’s head. Her popularity has endured through several Street Fighter games, and she has been referenced in several movies, comics, and even songs by artists like The Arctic Monkeys and Wyclef Jean. 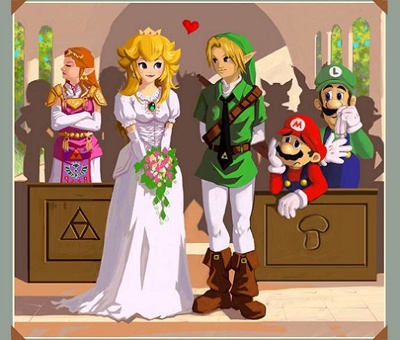 Although she made her debut (as Princess Toadstool) as a damsel in distress in 1985’s Super Mario Bros. for the NES, Princess Peach has since proved her mettle in several fighting, racing, and sports games. Her ability to hover/fly in Super Mario Bros. 2 made her that games preferred playable character (Yes, over Mario!) With looks, charm, and toughness, she compares favorably to the famed Disney Princesses. Her only flaw? Failing to hire quality bodyguards, as her many kidnappings by Bowser would attest!

Bo knows #1! No player in any sports video game has been as dominate as Bo Jackson in 1991’s Tecmo Super Bowl for the NES. With the top running speed in the game, Bo was unstoppable, to the point where amongst friends playing, the Raiders (Bo’s team) were usually off-limits. Injuries may have cut short his real career, but thanks to an active, surprisingly large, online Tecmo Super Bowl community, the legend of “Tecmo Bo” lives on. 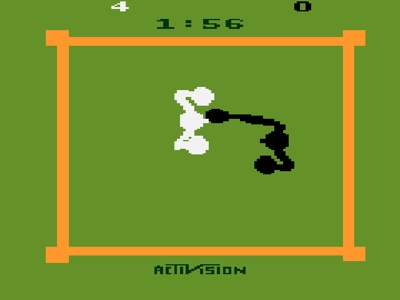 Possibly the first black video game character came from Activision’s Boxing for the Atari 2600. Even with a simple one-button punch, and a simpler top-down display, Boxing was actually one of the more popular games for the 2600. The 2 player challenge was addictive and in games with my friends, we would usually take control of the black fighter, pretending to be then top boxers Sugar Ray Leonard or Larry Holmes, while the other player had to be Gerry Cooney (ouch!)