This is now the fourth of our unsolved mysteries lists, but this one is different. It was submitted by a reader and so, while it does cover at least one topic previously covered, it gives a different (and I think more interesting) perspective. So settle back and enjoy yet another 10 unsolved mysteries. 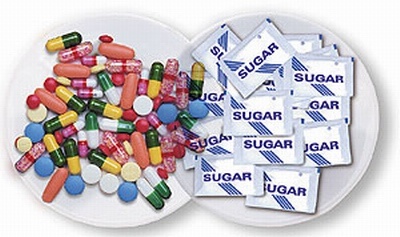 The placebo effect is when a person takes something they believe is medicine for an ailment they are suffering (which is not really a medicine), and they get better. A placebo is an inert substance, and when taken (with the advice from others that it will cure them) makes the person get better, simply because they were expecting or believed that it would work. Something similar, called the nocebo effect, is when a person takes fake drugs and thinks they are experiencing problems that would have been caused by the real drugs. They have been known to reduce pain as well. Why they occur is mysterious and they are only one of the many complicated things related to the body-brain connection. In fact, our own bodies hold many unsolved mysteries. 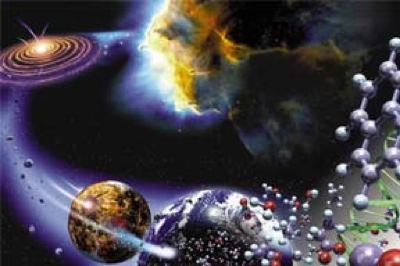 How did life on earth appear? Science suggests that life started when the planet was favourable for habitation. Yet did microscopic organisms just pop out of nowhere? One hypothesis is panspermia, which suggests that ‘seeds of life’ exist everywhere around the universe, and that life on earth started when these ‘seeds’ came here, probably by a meteor. It also suggests that these seeds are taken to other habitable places in the universe. Something similar to this is exo-genesis. It suggests that life was brought to earth those billions of years ago, however it does not say that life is also taken to other habitable places. Some people believe aliens brought life to our planet, as suggested by the theories of Erich Von Daniken. Although some are sceptical as to how life could exist in space and get carried to other planets, there is substantial evidence that certain life forms, like spores and certain types of bacteria can actually exist in space, perhaps in a dormant state. 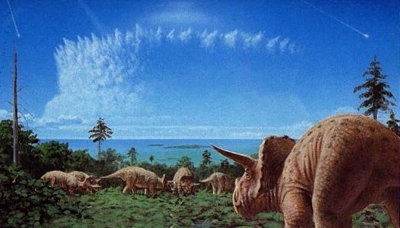 From the death of the dinosaurs, to the disappearance of the creatures in the Permian Era, mass extinctions are occurring even now. Sometimes, the cause is clear. We are destroying the biosphere and the atmosphere, and scientists predict that in the next 100 years, 50% of all living species will become extinct. But sometimes, the real reason is unclear. It may have been due to competition from other species, dramatic climate changes, or the impacts from an asteroid/meteor (the last one being quite a popular one). Yet some questions remain unanswered. Why was it that some species died out, and others survived, some to this day (famous example: the coelacanth). During the extinction of the dinosaurs, crocodiles and turtles were around, but they survived, even to this day, while the dinosaurs, the pterosaurs, the marine reptiles and others died out. While some people believe that those species were unable to cope with the (possibly) new surroundings, others are not convinced. To this day, they are a mystery, and without a time machine, we may never know. Other popular theories include:- flood basalt events, smaller asteroid showers, global warming/cooling, sea level drops. 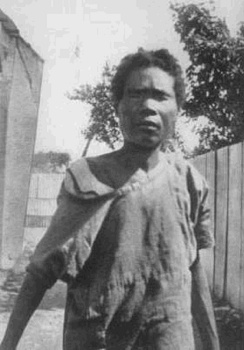 Haitan vodou, part of their religious practices, has long been considered to be evil. And the base of this suspicion is that the vodou is used to create zombies. Not zombies as in Hollywood zombies. Not animated brain sucking zombies. Zombies like, sub-conscious humans who do everything they are told. Wade Davis, a Canadian ethno-biologist, uncovered a lot of info on this. Apparently, it originated in Africa, and two drugs (or poisons) are inserted into the victim’s bloodstream. One creates a deathlike trance, and one makes the victim seem like they have no brain of their own, thus rendering them able to do whatever they are told. 3 important facts Davis found was:- zombification is not random, it is not common, and it is used as a kind of severe punishment, most likely to those that have broken the sacred vodou laws. 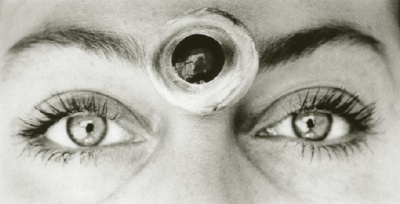 Ever learned something without really understanding how you know it? That’s intuition. Sometimes called a sixth sense or gut feelings, intuition is the ability to acquire knowledge without a clear source or without reasoning it. Some people claim that they get a feeling that someone is watching them, and they look around and find that somebody is, or was, watching them. Or a police officer may look at some suspects for a crime and somehow know which one is guilty, and later discover they were right. Though some people say that these things are all coincidences, others believe that the human brain has a special ability to get knowledge around them without conscious realization. It is another mystery of the human mind. 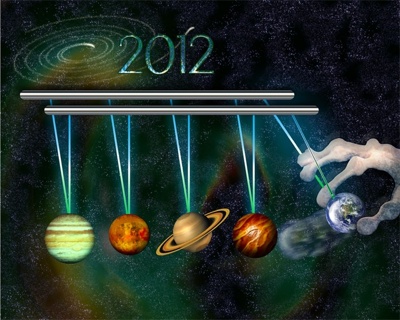 What makes this year so special? The fact that the Olympics are taking place in London? No. The ancient Maya civilization, from Central America, had a special calendar that was mind-blowingly accurate. And it predicted that the end of the human life cycle was on December 21st, 2012, the winter solstice. The Mayans were also good at math and astrology(they accurately predicted an eclipse that occurred hundred of years later). So people are guessing that they were right about the end of the world thing, too. Something else that has gotten scientists curious is that there are some major astronomical things happening in 2012. Apart from the occasional eclipse and comet, the entire solar system is supposed to pass through the center of our galaxy, something that happens only once every 26,000 years. And, there’s a risk of our planet’s poles switching. Sounds crazy, but scientists say this has already happened. Also, the Indian calendar, the Kali Yuga, ends at about the same time. Coincidence? I think not. 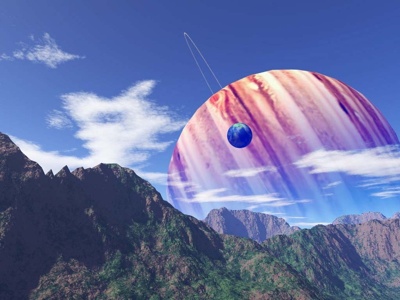 Exoplanets, short for extra-solar planets, are planets beyond the solar system. There are 277 recorded exoplanets to date. However, there is no confirmation that there is life on any of them, or in the universe, for that matter. However, it is still a mystery. This is different from UFOs as UFO are unidentified flying objects, meaning something unidentified that has been seen on earth. Some likely candidates for supporting life are Gliese 581 d and HD 189733 b, the latter supposedly containing water vapour and organic matter. There are also questions as to whether there are moons orbiting these planets. Some people believe that there may even be life in our solar system that we don’t know of. Some moons, like Neptune’s Triton or Saturn’s Europa, may possible have, or had, life, and there is substantial evidence that water once flowed through Mars. Still, no one knows. 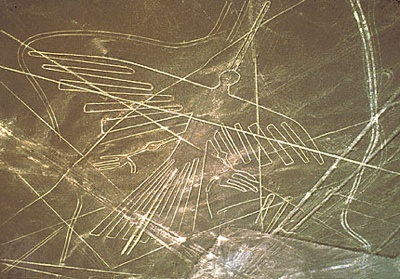 Etched into the earth on the Nazca Plains in Peru are giant symbols drawn perfectly straight. Some are hundreds of metres long. They look as if they were drawn by some giant hand two thousand years ago. And the strange thing is, they can only be seen from the air. So how did the ancient Nazcans draw them? Researchers say they could have created hot air balloon or kites to fly and view their work. Indeed, an experiment was carried out and it proved that the Nazcans could have made a working balloon. The symbols themselves are of animals and plants. Yet some are long strips of land without any direct meaning. A writer named Erich Von Daniken believed that these were landing strips for alien spacecraft, and that aliens could have drawn them. They may also be for contacting these aliens. Maria Reiche, an astronomer, says that these lines may be used as a calendar, or to keep track of the stars and planets. There is a monkey drawing that has a coiled tail that looks similar to the orbital lines of our solar system. There are even more obscure theories that suggest that there were giant people 2,000 years ago. Yet, they are still a mystery. 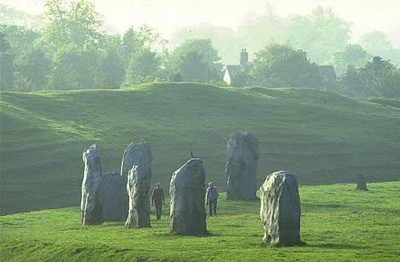 A megalithic structure is some thing big made of rock. It could be a statue, or just some rocks strewn around in a pattern. The truly mysterious thing about the ancients is, how were they able to create such enormous things? They did not have the technology needed to efficiently make them. Stonehenge is a good example. A bigger one is the Great Pyramid in Giza, or the pyramids themselves. Sometimes, even their purpose is unclear (Stonehenge), while other times, the structures in question are mysterious and seemingly supernatural (the pyramids). A megalith (I know, sounds like something from Di-Gata Defenders), a giant rock, is used most of the time, especially in the case of Stonehenge and the Carnac stones. Still, there are a few megalithic structures that are not mysterious (like Great Zimbabwe), but mostly it seems impossible that the ancients made these things themselves. Now, many would like to think aliens helped them. Yet even scientists say queerer things. They suggest that there may have been a lost ancient civilization that was extremely advanced, and they may have given later civilizations the knowledge to build such things. Yet there is no substantial evidence of either. Other examples: Easter Island Heads, Pyramid of the Sun (in Mesoamerica), other pyramids in central and south America, Colossus of Rhodes.

1
Creation of the Universe 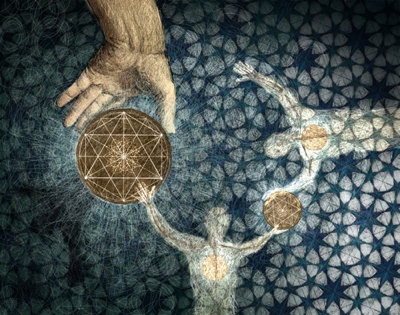 The universe is vast and unknown. It holds many mysteries. And possibly the biggest mystery is how the universe was created. Scientists have suggested that there was a massive explosion billions of years ago called The Big Bang. That theory is now generally accepted, and scientists are looking for trails of energy left behind from the colossal explosion that created a trillion stars. Yet there is no absolute proof. But the creation of the universe is something too big to happen so simply. Religious folks will say God/Allah/Vishnu created the universe. But scientists will say that there was a Big Bang, and that there is energy from the bang moving through the universe, and they are trying to locate the epicentre. So, the debate continues. Religion vs. Science is probably the biggest conflict in the world. But what is religion? There are so many different types. And the difference between the Christian religion and Greek mythology? No one believes in Greek mythology anymore. But what is science? And math? Things created by man. So before saying that man created God and science proves it, people should realize man created science as well. And maybe, the universe is just something made up in our minds.