For thousands of years, Man has tried to explain the world around him. Over time he came to the conclusion that there must be some superior force controlling and creating the wonders on Earth. From there came the notion to honor the controlling force by creating a set doctrine of worship, or a religion. Once more came the realization, especially recently, that hundreds or thousands of years of the same worship and ideology might not be working. More than few have chosen to belong to these new religions, whose teachings seem unorthodox, odd, even humorous. Here are a few of those, in no particular order. 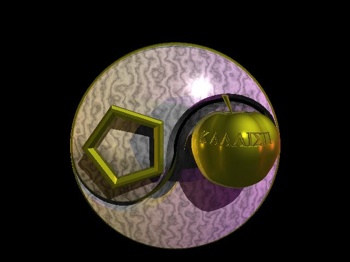 Symbol: The Sacred Chao, symbol of the hodge and podge

Founded by/in: Malaclypse the Younger (aka Greg Hill) with Omar Khayyam Ravenhurst (aka Kerry Thornley) in 1958 or 1959

Definition/main doctrine: “The Discordian Society has no definition.”

Info: It’s still up in the air as to whether on not Discordia is a mock religion or not. Discordia is mostly about nothing; they teach that discord and anarchy are paramount. Discordians do not worship, but are very interested in Eris, the goddess of discord. They also believe that everything is true, even lies. 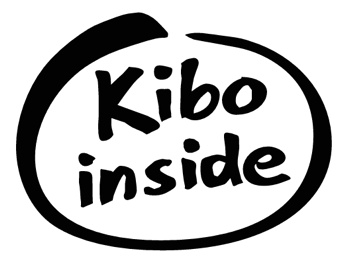 Info: While Wikipedia lists Kibology as a religion satirizing Scientology, it seems I can find no real strong correlation to that fact. Kibologists, sometimes referred to as “kibozos”, follow the humorous teachings of Kibo, who was a strong presence on the internet in the ‘90’s. Most of the religious texts involve humorous anecdotes, facts, short stories, and decrees made by Kibo and his followers.

Kibo has run for office of President of the United States. He also wrote a fact page very similar to many Chuck Norris jokes years before the internet meme was created.

Info: Google.com, the world reknowned search engine, has a following. These people believe that Google, being omniscient and omnipresent, is the closest Mankind will come to knowing and facing a god. Google can solve all their problems through knowledge, and knowledge is power. They even have nine proofs of Google’s godliness. 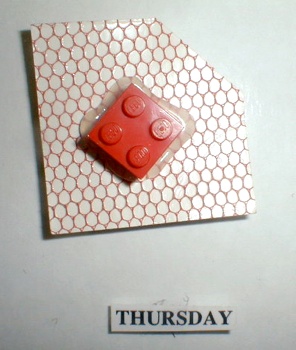 Info: The omphalos hypothesis claims that there is no proof that history wasn’t created and implanted by God as a test for us. Creationists use this when referring in arguments about dinosaur bones being planted on Earth to test our faith. Last Thursdayism takes this to another level by claiming that there is no proof that everything wasn’t created last Thursday. In fact, they believe that you are God, and You have created a copy of yourself, created the world, and are testing yourself. Any memories prior to Thursday have been implanted, as well as Your belief system. Oh, and everyone knows about it and is in on it, so You best behave well or else You will have to punish Yourself on the day of reckoning (next Thursday).

6
Church of the Subgenius

Info: The Church of the Subgenius parodies all. Science, New Age, Christianity, conspiracy theories, pop culture, and the government are not safe from the tauntings of Rev. Ivan Stang and his brethren. The fundaments of church are based on achievement of “slack”, which is freedom, humor, money, and luxury.

Of the post-modern religions I’m writing about, this is the one with the most richness to it’s background. They have many holidays, including Hate for the Sake of Hating Day and the Feast of Weird Al Yankovic. They have a deity, “Bob”, and his wife, Connie, the anti-virgin. They also have a complex religious order, which you can be a part of for a one-time fee of $30. 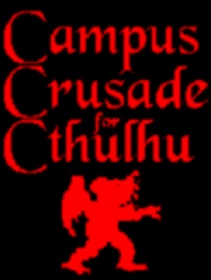 Also known as: The CCC

Definition/main doctrine: Why settle for a lesser evil?

Info: The Dark, Tentacled Lord is coming and the CCC wants you to be part of it! By joining Cthulhu’s minions, the group promises years of friendship, bonding, and fear-of-dying-at-the-hands-of-Cthulhu-free existence.

The religion’s sole (soul?) purpose is to please the god Cthulhu, a deity created by debatably science-fiction author, H. P. Lovecraft. Right now Cthulhu is sleeping, but when the day comes for his awakening, boy are you going to be sorry (unless you are part of the CCC, whose souls he will not devour).

4
Church of Emacs (and the Church of Vi) 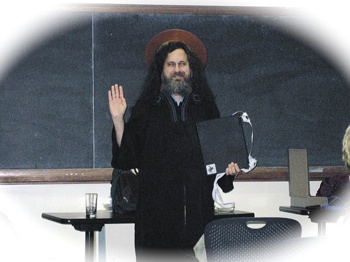 Info: The Editors Wars began some time ago, pitting emacs using editors versus vi using editors. I’ve done extensive research (read: too boring to actually learn, so I glanced at it) into the whole mess, and it seems silly. Reminds me a lot of the Lilliputians in Gulliver’s Travels. Anyhow, the Church of emacs upholds the teachings that emacs is good and vi is evil. The church of vi is the opposite. [JFrater: I would contend that the Church of Vi is, in fact, the superior of the two.] Pictured above we see Saint IGNUcius of the Church of Emacs.

Info: First watch this. Did you look at the video? Why would you need to know more about Diego Maradona? I mean, look at him. He’s awesome! Who wouldn’t worship him?

Info: TOPY was created to break through restraints many of the founding members were feeling. They feel that society puts too much stigma on things being “right” or “wrong” They are heavily involved in occult and magickal practices as well as the arts. Many TOPY followers will create and mail a magickal sigil, created on the 23rd hour of the 23rd day of each month.

Also known as: The Church of the Flying Spaghetti Monster

Info: Oh, you thought I was going to forget Him, didn’t you? His Noodlyness wouldn’t be pleased.

In an open letter to the Kansas School Board, Bobby Henderson challenged the state to either include his version of Intelligent Design or dismiss it from the curriculum altogether. He gives a very convincing argument for the belief system of his Noodly Savior. Bobby claims that he has written documentation that the world was created by a flying spaghetti monster. He demands that if the Board is okaying the admission of teaching in school systems about the Christian God and his teachings, then the FSM teachings should be included as well.