Comics books have brought joy to millions and millions worldwide. Everyone has the personal favorite hero from comics, but they are all puny compared to the guys on here. This list has been a long time in the making. Thousands of characters had to be considered – but ultimately only ten were chosen. Be sure to mention your own favorites in the comments. Oh – and if you like comics and lists relating to them, be sure to check out the Top 10 Significant Moments in Comic History. 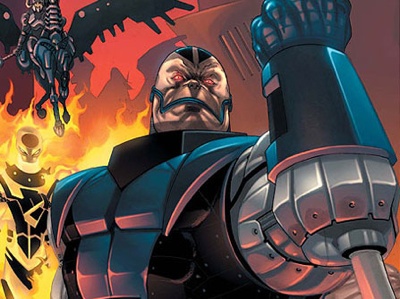 En Sabah Nur is reputed to be the first mutant on earth and also the most powerful. He scores an impressive 39 out of 42 on Marvel’s official powergrid. Apocalypse has control of his body on the atomic level to go along with tremendous energy absorption and energy projecting abilities. His powers are greatly enhanced due to his mastery of alien technology specifically genetics and biochemistry. 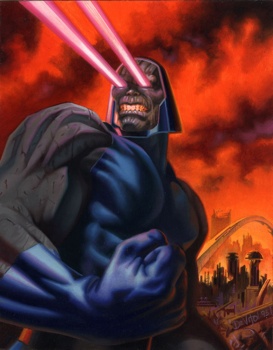 Darkseid is worshipped as an “anti-god”. He is a supreme conqueror who is one of the greatest threats to the DC universe as he seeks to control all living beings. Darkseid is capable of unleashing unimaginable amounts of energy through his “Omega Effect” beam. He is also immortal and has displayed immeasureablee levels of strength, stamina, endurance, and mental abilities. 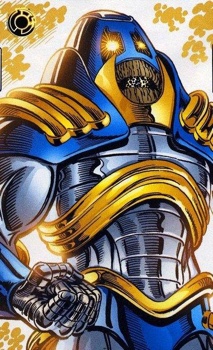 Very little has been revealed about this character. What is known is that A-M is the embodiment of all the anti-matter in existence. This makes him a threat to the entire omniverse through his near limitless cosmic powers. It has been alluded that his purpose was to eliminate all matter in the omniverse, leaving only anti-matter behind. This would essentially make him “God”. Anti-Monitor has shown the ability to absorb entire universes, manipulate matter and energy on a cosmic scale and transform the very essence of reality. 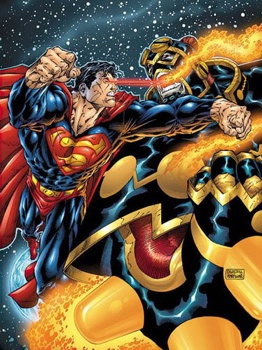 Imperiex is the DC Comics version of Galactus. A being whose plan was to hasten the end of the universe by collapsing galaxies into super black holes and create a new, perfect universe with the corresponding release of energy. Imperiex wields near omnipotent power derived from the big bang and has been described as an energy being requiring a material shell. It has shown the ability to project immensely powerful energy blasts and exert its will through a near infinite supply of “probes” which are capable of annihilating entire planets. 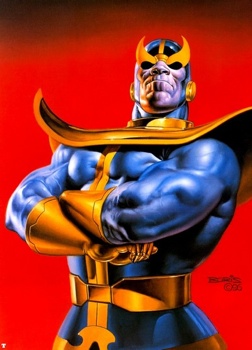 Sure, many a villain threatens to destroy the universe but Thanos is the only one who can actually do it. He possesses immeasurable levels of intelligence, strength, endurance, stamina, and durability. Thanos also has exhibited the ability to manipulate enormous amounts of cosmic energy. An obsession with the female embodiment of death, led him to gain control of the infinity gauntlet, ascending him to godhood. Thanos used his power to destroy half the life in our universe by simply snapping his fingers. 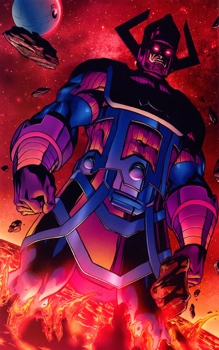 The only survivor of the universe that existed before the Big Bang, Galactus consumes entire planets for nourishment. He has displayed god like abilities, including manipulation of molecules on a cosmic scale, conversion of matter to energy and vice versa, teleportation across great distances, erecting impenetrable force fields, etc…, all on levels beyond human comprehension. His intelligence, stamina, and endurance are also beyond any known method of calculation. Galactus is also able to scan the thoughts of virtually any known being. 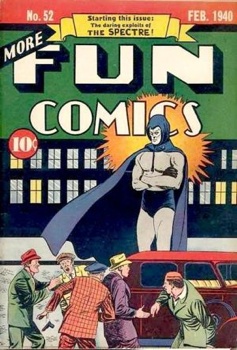 The Presence is the DC comics version of the Judeo-Christian God. It is the highest being in their very complex religious cosmology which includes a second tier of “gods” such as the New Gods, Greek Gods, Hindu Gods, etc. Although it has been described as omnipotent, omniscient, and omnipresent; it has also been mentioned as having appeared at some point after the beginning of reality as we know it. This ambiguity lowers The Presence’s ranking as it is generally credited with the creation of only one universe (DC), thus it may or may not be the original creator. 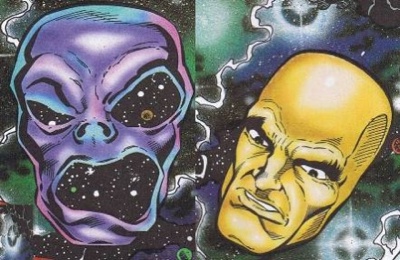 They can be considered abstract concepts that have shown the ability to manifest themselves physically in order to reveal themselves or their motives to conscious beings in the omniverse. These entities have at one time or another exhibited “god like” power within their respective realms. It is not clear, however if these entities take action through their own will or if they are controlled by a higher power. 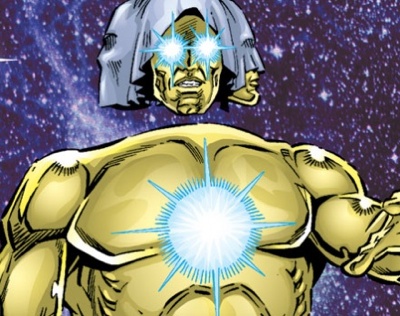 The Living Tribunal is a virtually omnipotent and omniscient entity whose purpose is to safeguard the omniverse from imbalance. Tribunal is perfectly impartial and has shown the ability to accomplish anything it sets its will to; including the willingness to sacrifice millions to save billions and sacrifice billions to save trillions. There is absolutely no limit to what The Living Tribunal can accomplish in order to maintain balance or eliminate threats. Nevertheless; Tribunal is second to one.

1
The One Above All 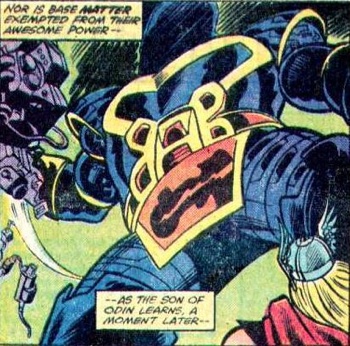 Creator of all realities in all timelines in every single part of the omniverse. TOAA is essentially “God” and therefore nothing can possibly exist without him. This makes TOAA more powerful than all beings or entities combined. His true identity has been alluded to as being Stan Lee, the legendary comic book creator.