The fantasy/fantasy adventure genre has long enjoyed a lot of fanfare in books, but movies are a little bit harder to come by. While the trend is changing, I wanted to make a list of the top ten fantasy adventure movies.

There are bound to be a pile of films that you would like to see on this list – so please feel free to suggest them – and give reasons for why you think it should be added.

As a note: fantasy adventure means there has to be something beyond the human realm (so sorry to fans of Princess Bride and the 13th Warrior, but there just wasn’t enough to make that jump). So here’s the list of the top ten fantasy adventure movies. 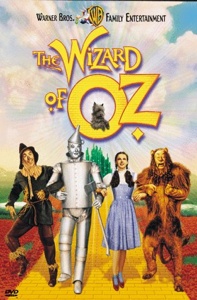 It’s the original. A wizard, good and bad witches, flying monkeys, this movie has it all. A classic story and a classic film, this movie is way beyond classic: it’s an inherent part of the culture. My favorite story about this film was when my grandfather as a boy watched it in the theatre, and was so amazed when it switched to color that he stayed for a second show…and was grounded the moment he came out to see his father who had been waiting over two hours for him. 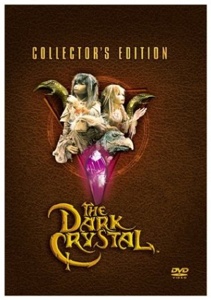 A lot of people know and love this movie, and there is a large number of people who have never heard of this film. This film is done with Muppets (though not the famous ones) and is actually a really incredible fantasy story that will grip you as you watch it. If you liked Labyrinth but missed this one, then you need to track down a copy right away! It’s the classic hero trying to save a nearly doomed world, and you’ll be surprised by how good it is. 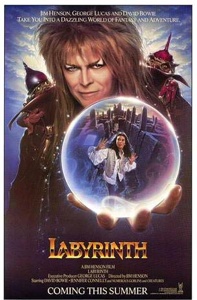 This great 1986 film has a strong cult following, and though it is most famous for having David Bowie as the villain, this is a quality movie that is heavily beloved by many “children of the eighties.” With strange Muppets, a fascinating world, and interesting plot, this movie is a winner. It was also the last full length movie directed by Jim Henson before his death.

7
Pirates of the Caribbean 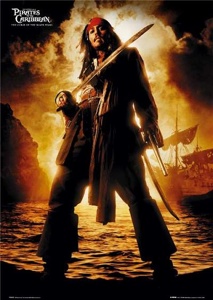 This may be one of the best films on the list, the main reason it is lower is because of arguments over whether it is really a fantasy film, or a historic supernatural, horror, etc. But there is magic, there are skeletons, there’s a curse, so what isn’t there to like? Johnny Depp and Orlando Bloom are unforgettable, and while this might not feel “fantasy,” there’s enough here to put this memorable trilogy on the list. 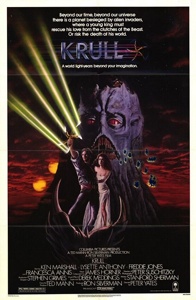 Krull is a 1983 heroic fantasy film with a strong cult following. Directed by Peter Yates, this movie is renowned for its strong soundtrack by James Horner, and is a great answer to trivia as this film also starred now famous actors Liam Neeson and Robbie Coltrane in bit roles. A strange surreal movie with fantastic scenes and fun action sequences, this one remains a cult classic. 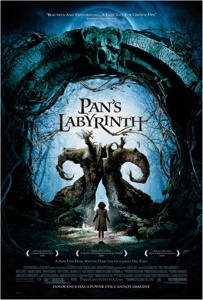 This 2006 film threw a lot of people, because unlike most fantasy movies, this was not aimed at a younger audience. This movie had some extreme scenes of violence that threw off a lot of people who weren’t expecting this from a fantasy movie. The direction was incredible, the story dark and intense, and the combination is fantastic! This isn’t a movie for the weak stomached or someone looking for a pleasant easy fantasy film, but it is a fantastic work, as indicated by the fact that it ranks as the #54 movie all time on IMDB. 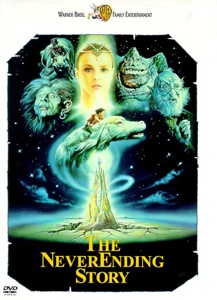 This is one of the all time classics of the fantasy movie genre. I remember as a kid watching this over and over again, following Atreyu through his quests, along with Falkor, the luck dragon, maybe one of the most beloved characters ever, as they try to find a cure for what ails the princess. Sebastian reads this book, and is transformed into their world. As a kid I never got sick of this movie, and it’s one of those rare gems that is worth watching again and again. 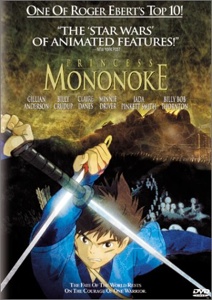 This is an incredible anime fantasy movie that starts around Ashitaka, a prince trying to make peace between the human settlement and the forest. Wild gods, spirits, and creatures all abound in this incredible movie, whose artwork is extraordinary. At the time, this was the most expensive animation ever made, as both hand drawn animation and computer 3-D images were used in combination to make this truly unique and incredible film. 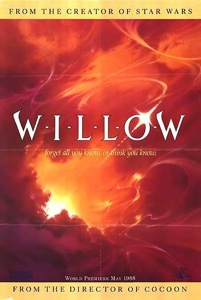 Val Kilmer as a lone swordsman, Warwick Davis as a reluctant Halfling hero with the potential to be a sorcerer. Filled with magic, adventure, and prophecy, this is a fantastic action film that aside from being heart warming and touching, also has moments of great humor, and a few pretty top notch battle scenes to boot. This is fantastic movie with unlikely heroes triumphing over evil, and while it was ground breaking twenty years ago, the special effects and story still hold up to this day. This is a fun quality movie.

1
Lord of the Rings Trilogy 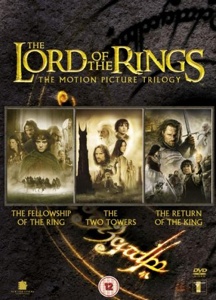 While an argument could be made that all three movies would be on a top ten list, I decided to put them together to allow more quality movies on the list. All three of these films were rated over an 8.0 on IMDB, and it seems appropriate that the trilogy of books that grandfathered popular fantasy adventure would spawn three movies that became wild world wide successes.