Books are one of our greatest resources, but many times in history books have been written which are misleading or untrue. In some cases this has lead to wide-scale death and destruction and evil governmental regimes.

This is a list of 10 of the worst books of this type; books that have done more harm than good. The common thread in all of these books is deception, invariably not intentional, but the consequences are the same regardless.

I have intentionally left off some of the more obvious choices as they will almost certainly come up in the comments. This list is in no particular order. 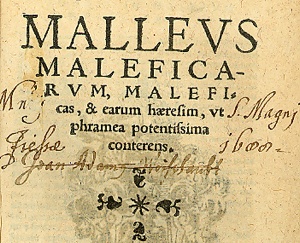 On the list because: It inflamed witch hunts across Europe

Malleus Maleficarum (“The Hammer of Witchcraft“) was a manual for witch hunters and judges to catch witches and stamp them out. It came out just prior to the protestant reformation and it was one of the most popular books amongst the reformers who were wanting to smash “evil” out of their countries. Between 1487 and 1520, 20 editions of the Malleus were published, and another 16 editions were published between 1574 to 1669. This book single-handedly launched centuries of witch hunts. 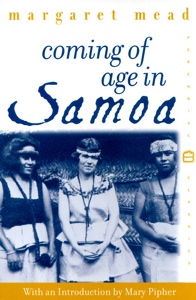 On the list because: it turned out to be a creation of her own sexual confusions and aspirations

Margaret Mead was an American cultural anthropologist who traveled to Samoa to answer the questions on sexuality posed in America in the 1920s (particularly with reference to women). Unfortunately for Mead, the youths she interviewed in Samoa told her wild tales of sexual promiscuity and Mead reported it all as fact. One of the girls later said: “She must have taken it seriously, but I was only joking. As you know, Samoan girls are terrific liars when it comes to joking. But Margaret accepted our trumped up stories as though they were true.” If challenged by Mead, the girls would not have hesitated to tell the truth, but Mead never questioned their stories. According to Wikipedia: “The use of cross-cultural comparison to highlight issues within Western society was highly influential, and contributed greatly to the heightened awareness of Anthropology and Ethnographic study in the USA.” Interestingly, Mead was a highly regarded academic and had a large part in the formulation of the 1979 American Book of Common Prayer (Church of England). 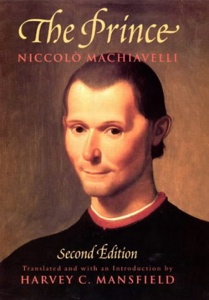 On the list because: it was the inspiration for a long list of tyrannies (Stalin had it on his nightstand)

The Prince is a treatise meant for rulers who had shed all scruples to a point that they might see evil as potentially more beneficial to society than good. Machiavelli hoped to start a revolution in the hearts of his readers, and he certainly achieved that. He proudly stated things that others before him had only dared to whisper, and he whispered things that had not even been considered. According to Machiavelli “it is not necessary for a prince to have all the above-mentioned qualities [merciful, faithful, humane, honest, and religious], but it is indeed necessary to appear to have them. Nay, I dare say this, that by having them and always observing them, they are harmful; and by appearing to have them they are useful.” Some of the people inspired by this book are Stalin, Hitler, Mussolini, and Napoleon I of France. 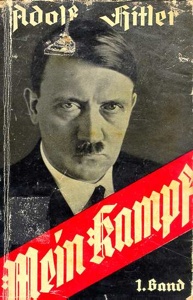 On the list because: it helped spread Hitler’s genocidal anti-Semitism

In Mein Kampf, Hitler outlined his racist plan for a new Germany which included mass murder of Jews, and a war against France and Russia to make living space for Germans. At the time of publication the book was largely ignored, but once Hitler rose to power that changed. It is believed that over 10 million copies were in circulation in 1945. The book is largely influenced by The Crowd: A Study of the Popular Mind by Gustave Le Bon (1895) which suggested propaganda as a means to controlling the irrational behavior of crowds. In addition, Hitler drew on the fabricated Protocols of the Elders of Zion to give support for the need for his anti-semitic plans. Hitler speaks of “The Jewish Peril” which he believed was a conspiracy by Jews to take over the world. The book outlines the racial worldview in which people are classified by race as superior or inferior. In 2003 the sequel to Mein Kampf, Zweites Buch, was published in English for the first time. Zweites Buch (“Second Book”) expands on the original ideas of Mein Kampf and outlines further plans for a war with the United States and the British Empire for entire world domination by Germany.

The Pivot of Civilization
Margaret Sanger, 1922 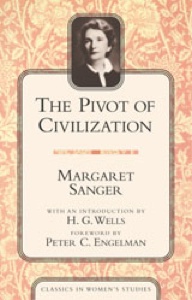 Margaret Sanger is the mother of modern contraception and the founder of Planned Parenthood. In her 1922 book, The Pivot of Civilization, she outlined her theories of eugenics (control of the human race by selective breeding) and racial purity (3 years before Hitler did the same in Mein Kampf). The basis of her support of contraception was entirely due to her belief that inferior humans should be killed to enable a superior race to appear over time. Sanger did not just entertain popular ideas of her time, she was the champion of the cause. In her book she says: “the most urgent problem of to-day is how to limit and discourage the over-fertility of the mentally and physically defective.” She goes on to say, “possibly drastic and Spartan methods may be forced upon American society if it continues complacently to encourage the chance and chaotic breeding that has resulted from our stupid, cruel sentimentalism.” Birth control was, in her mind, “the greatest and most truly eugenic method.” Needless to say, Planned Parenthood today have tried very hard to distance themselves from their founder. 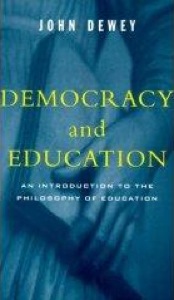 On the list because: it convinced the world that education is not about facts

In Democracy and Education, John Dewey disparages schooling that focuses on traditional character development and endowing children with hard knowledge, and encourages the teaching of thinking “skills” instead. His views have had great influence on the direction of American education, particularly in public schools. This book could be considered to be the anti-classical education manifesto. And the consequence? A generation of youths with an inferior education which lacks a founding in solid facts and knowledge. Dewey was one of the three founders of the philosophical school of Pragmatism, a school of thought which proposes that “truth” is made and can change. The current curriculum in New Zealand is one which would please Dewey immensely as it is largely founded on his principles. 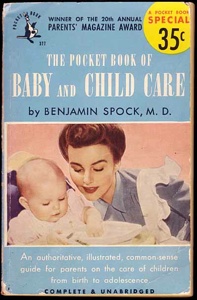 On the list because: it caused deaths through bad advice

Regardless of whether you agree with the methodology of Benjamin Spock, no one can deny that many children probably died of crib death as a result of his advice to put babies to sleep on their stomachs. This advice was extremely influential on health-care providers, with nearly unanimous support through to the 1990s. Spock believed that babies on their back can choke on their own vomit leading to death. Scientists eventually found that Spock’s advice actually lead to more deaths by suffocation. Estimates of the number of deaths caused by this bad advice are as many as 50,000. Spock also advocated a method of child raring that moved away from discipline based methods. Previously, experts had told parents that babies needed to learn to sleep on a regular schedule, and that picking them up and holding them whenever they cried would only teach them to cry more and not to sleep through the night. Spock taught the exact opposite.

The Protocols of the Elders of Zion
Unknown 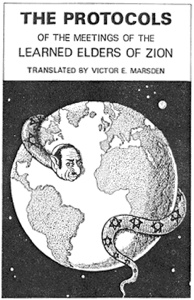 On the list because: it was a propaganda book designed to incite racial hatred

The Protocols of the Elders of Zion is a booklet that purports to describe a plot by world Jewry and Masonry to take over the world. Despite the fact that the booklet is a hoax, it was spread wide and far and believed by most Europeans to be true. Many people today still consider it be factual. It was instrumental to Hitler‘s anti-Jewish efforts in Germany and it was used after the Russian Revolution to perpetrate hatred and violence against Jews. The booklet continues to be published and disseminated in many Middle Eastern states which are political enemies of Israel.

The Manifesto of the Communist Party
Karl Marx and Friedrich Engels, 1848 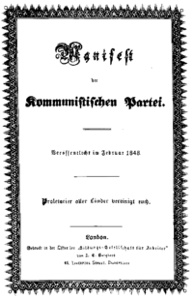 On the list because: it could win the award for the most malicious book ever written

This book has inspired some of the most brutal regimes in man’s history. Regardless of whether there has been a state which is a true Marxist state, this book has inspired so many evil actions that it can not be left off a list of this nature. Some of the principles found in the manifesto are the abolition of private ownership of land, confiscation of property of emigrants, heavy taxes, and the abolition of inheritance. 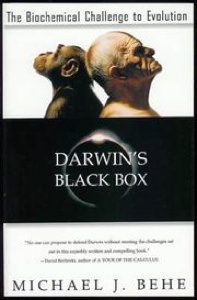 On the list because: it fuels fundamentalist attacks on Science

By arguing against aspects of Charles Darwin‘s theories, this book has given fuel to the fundamentalists who argue that a literal interpretation of the Book of Genesis is the only possible manner in which the Earth was created. Despite much refutation from the Scientific community, many fundamentalists still use this as a “source” for proof that evolution is not true. The book itself was not peer reviewed as Michael J. Behe claimed under oath, and the Science community has overwhelming rejected it. It should be noted that Behe himself is not a fundamentalist and does not believe in a literal interpretation of the Bible.