The film industry has a long reputation for unfinished screenplays or projects abandoned because of expensive production costs and a hundred other reasons. These are the top 10 films that actually started filming but were never finished or released for one reason or another. 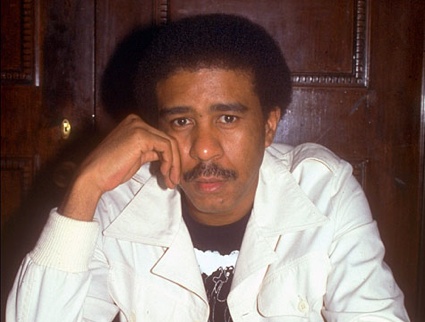 Uncle Tom’s Fairy Tales was to be the first film starring Richard Pryor. The movie was about a white man who goes on trial for having raped a black woman. At the time of the making of this film, Richard Pryor’s wife complained that he was paying more attention to the film than he was to her. The film was eventually canceled and his wife shredded the negative. No copies of the film were known to have survived, however in 2005, scenes from the film appeared in a retrospective while Pryor was being honored by the Directors Guild of America. There is still a law suite pending to this day between Pryor’s ex wife and his daughter over this film and who should own it.

Russ Meyer was set to direct this film, which was to be the first featuring the Sex Pistols. The movie was intended as a pseudo-punk version of A Hard Day’s Night. Just a day and a half worth of shooting were completed as the filming stopped when the executives at 20th Century Fox read the script. The Producers and decision-makers were so shocked that they pulled all funding. The footage that exists shows Sting (the leader of a pop group called The Blow-Waves) assaulting drummer Paul Cook as he stops to ask for directions. 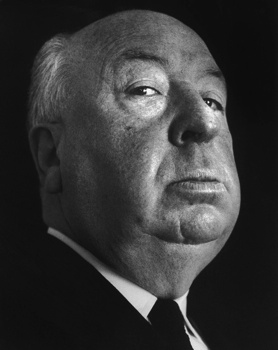 This film was to be a groundbreaking experimental film directed by Alfred Hitchcock. If it had been completed it would probably have been Hitchcock’s darkest film. Even Hitchcock himself worried that some scenes might be too frightening for the audience. Kaleidoscope was the story of a bodybuilder who was a serial rapist and killer. David Hemmings and Michael Caine had been suggested as leads in the film. In the script there are several murders, including an attempt on the life of a policewoman. Hitchcock planned to experiment with innovative filming techniques such as hand-held filming and natural light. He also wanted to tell the entire story from the perspective of the killer. Unfortunately MCA studios stopped the project because they thought that the protagonist was too repulsive. All that remains now is an hour-long tape of silent footage. Some of these ideas would be recycled into his 1972 movie “Frenzy”. 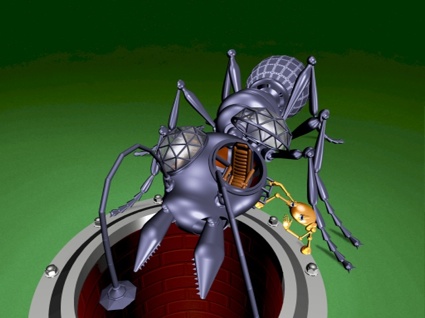 This film was to be the first entirely 3D computer animated film. The film was about a villainous giant ant-like creature. The original meaning of the word “robot” in many Slavic languages inspired the name. The story was set somewhere in the future when a last World War had led to an advanced computer network, which now controlled the world. The main problem for this film was the fact that technology could not cope with a full feature-length CGI movie. The film was worked on from 1978 until 1986. In the end it became clear the movie would never be finished so the project was abandoned. However it is said that all the technology and software that was created for this project made the effort worthwhile.

Dus was to be a Bollywood action film directed by Mukul S.Anand. The storyline was about terrorism and shows an anti-terrorist intelligence officer who is sent on a mission to find an Afghan terrorist. Shooting of the film began in Utah, which was to have depicted scenes of Kashmir – the major setting of the film. 40% of the shooting had been completed before director Anand suddenly died. The film was abandoned never to be completed or released. The music soundtrack of the film was released while the film was still in production.

Terry Gilliam directed this feature film. The shooting stopped within a week due to an injury to star Jean Rochefort who was playing Quixote. The movie was set to have been one of the biggest European films ever made, with a budget of $32 million. The entire movie would have been filmed in Spain and throughout Europe. The character Toby was to be played by Johnny Depp, and Vanessa Paradis would have been his love interest. When Rochefort, (an able horseman) attempted to ride it was obvious that he was in pain and required assistance dismounting and walking. It was discovered after he flew to his doctor in Paris that he had a double herniated disc. When it became apparent that he would not be able to return, Gilliam decided to scrap the project. There may be some plans to restart the production in 2009 with hopes that Michael Palin will play Quixote alongside Johnny Depp. 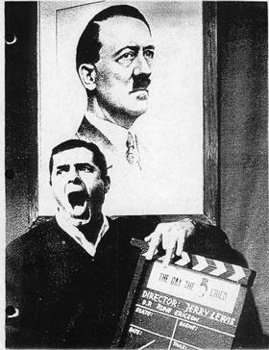 The Day the Clown Cried was a film directed by, and starring, Jerry Lewis. The movie is about a depressed, formerly great German circus clown named Helmut Dorque during the beginning of the Holocaust. Dorque is eventually fired from the circus and is arrested at a bar by the Gestapo for mocking the Fuhrer. Dorque is then imprisoned in a Nazi camp for political prisoners. Lewis reportedly lost forty pounds for the concentration camp scenes. Unfortunately the producers were not fronted with sufficient finances, causing Lewis to began paying for the production costs with his own money. Lewis reportedly has the only known videocassette copy of the film, which he keeps locked away in his office. The location of the original film negative is unknown. Lewis refuses to discuss the film at all in interviews to this day.

Dark Blood is about a character named Boy (played by River Phoenix). Boy is a hermit who lives on a nuclear testing site waiting for the end of the world while making dolls that he believe have magical powers. He meets a couple in the Arizona desert due to their car breaking down and he holds them prisoners because he desires the woman and wants to create a better world with her. Dark Blood was never completed due to the death of River Phoenix in 1993. The crew was 11 days shy of completing production. Because the film had to be abandoned, Phoenix’s mother was sued due to loss of expenses. The unfinished film is owned entirely by George Sluizer who wrote the film. He has hinted that he might use it as footage in a documentary about River’s life.

Anyone who is a film buff would know that an Orson Welles film would have to be somewhere on this list. This Welles film was to star John Huston, Peter Bogdanovich and Dennis Hopper. Some believe that because this film was filled with so much sex and violence it was an attempt to revive Welles career. Apparently 96% of the film was complete but financial problems prevented it from being finished. Showtime cable network had guaranteed the money to complete the film, but a lawsuit by Welles’ daughter caused Showtime to withdraw its funding. In April 2007 Bogdanovich said in a press report that a deal was made to complete the movie. His goal was to release the film in 2008 but Bogdanovich recently said there is still over a year’s worth of work to be done.

Something’s Got to Give is probably the most famous unfinished film in Hollywood history. This was to be a light comedy and was a remake of the movie My Favorite Wife. The film starred Marilyn Monroe, Dean Martin, Cyd Charisse and was directed by George Cukor. Monroe had recently undergone gallbladder surgery and had dropped over 25 pounds reaching the lowest weight of her adult life. On the first day of production, Monroe called the producer to let him know that she had a severe sinus infection, and would not be on the set that morning. Similar delays continued on an almost daily basis and the film quickly turned into a costly disaster. Because of the delays Monroe was fired and the film cancelled and shelved. Marilyn Monroe spiraled further into decline and died later that year in 1962. In the video clip above you can see the first 10 minutes of the film.

10 Brilliant Directors Who Were Notoriously Cruel