In the first month of our site’s existence, we posted a list of the top 10 internet memes and phenomena. Since then, there have been many many more. Therefore we present you with a list of another 20! This list is safe for work (mostly). Be sure to tell us what other memes you love. 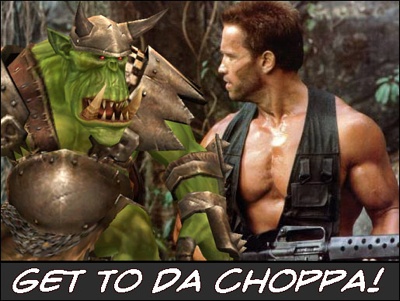 GET TO DA CHOPPA! is a shortened line from the movie “Predator” that Dutch played by Arnold Schwarzenegger yells. This is commonly used when something exciting is happening or about to happen or it can mean nothing at all. 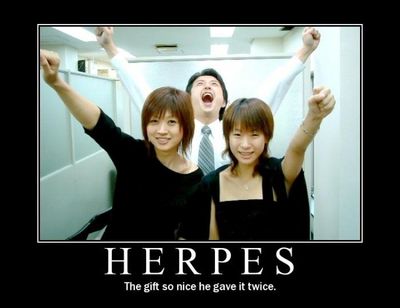 End Of Ze World is a flash animation about the world ending through nuclear war between the USA, China, France, India, Israel, Pakistan, Russia, and the UK. The video has gathered many views and is known for its narrator’s distinct voice.

Banana phone was originally a children’s album known for many puns such as “Its a phone with appeal!” and its nonsense words like “bananular” and “interactive-odular”. It became an Internet meme when a flash of the video was released using the badgers flash from another internet meme “Badger Badger Badger”. 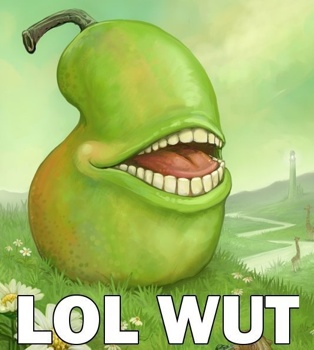 The LOL WUT Pear is a meme that came from DevianTART that depicts a giant pear laughing with the caption “LOL WUT” that has spread rapidly through out the internet. It is even so popular that some sites have banned it from their forums. 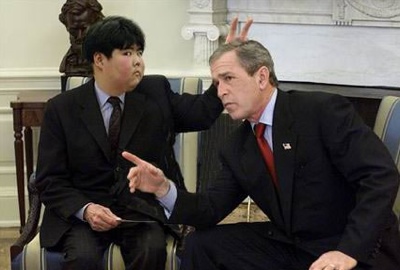 Little Fatty is a internet phenomena of a obese asian child photoshopped into other images such as the Titanic movie poster. This has spawned a large number of split-off memes. 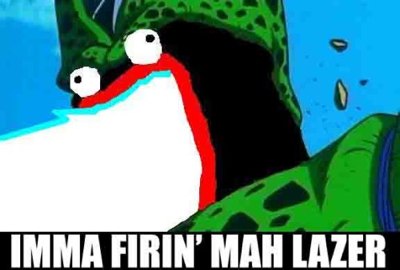 Is a very popular internet meme which originated from a picture of Cell from Dragon Ball Z to look like blackface. It was edited further to a Gif file which shouted “I’MA FIRIN’ MAH LAZERS!” and fired a large blue beam while exclaiming “BLAH!”. The meme has become incredibly popular on sites such as 4chan and YouTube. 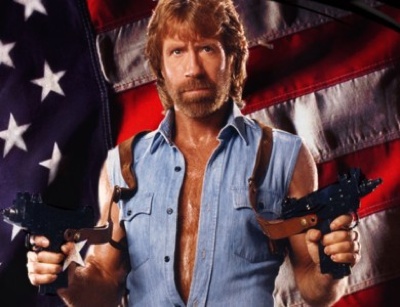 Chuck Norris facts are one of the most well known Internet Phenomena’s around. These “facts” are absurd exaggerations of Chuck Norris’ strength, attitude, virility, “alpha male status,” sophistication and masculinity. These facts have spread around the world and been parodied many times. The US Army even use these facts regularly which is referred to as “Up-Chucking”. 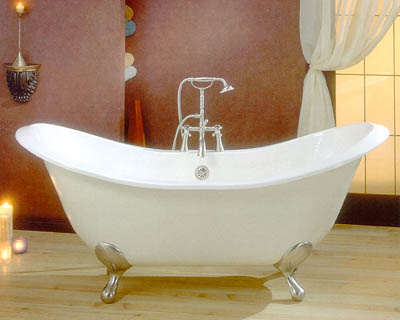 Tubgirl is a series of images supposedly from Japan that shows a fat asian woman in a tub emitting an orange liquid from her anus. The images are so “not safe for work” that we will not include them here. Googling “tub girl” will no doubt help you to find them if you are so inclined. 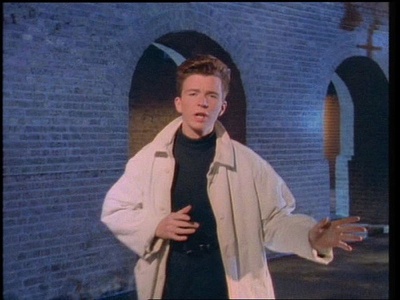 Rick Rolling is a popular internet phenomena which is the act of tricking someone or a group of people into watching a video of Rick Astley’s “Never Gonna Give You Up”. The phenomena is a parody of duckrolling which originated on 4chan which was a picture of a duck with wheels. Wikipedia has a longer explanation of this meme and some of the funniest uses of it. You can read it here.

Badger badger Badger (or “Badgers” for short) is a flash cartoon by Jonti Picking. It consists of Badgers doing calisthenics, a toadstool in front of a tree, and a snake in the desert. it is accompanied by drones saying “Badger Badger Badger” many times and shouting either “Mushroom!” or “A Snake!”

PBJ Time is a flash animation of the dancing banana heavily pixelated with the song playing. This meme is so popular it has spread into pop culture appearing in such shows as Family Guy.

This is perhaps the worst thing on this list. The video is of two women digesting bodily secretions in case you haven’t already heard. I will not link to the video (you can find it with google) as it is far too revolting, but you can watch a “2 Girls 1 Cup reaction video” above – reaction videos have become a meme of their own; they feature video of people’s reactions when watching the original 2 girls 1 cup.

You should know this fad, you drop a mentos into a bottle of Diet Coke and a chemical reaction occurs causing a fountain effect. The origin of the phenomena occurred when Steve Spangler appeared on 9News showcasing his experiment which was followed by a video of two men creating many fountains at once at Eepybird.com. 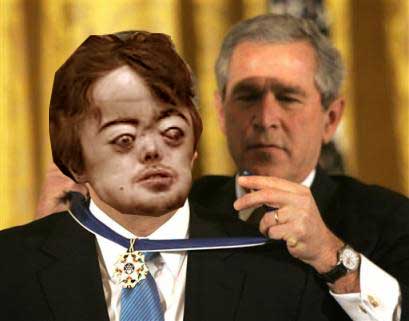 Brian Peppers is a man who has became a meme for his grotesque features. He is a sex offender in Ohio. His picture is frequently photoshopped in to other photos for humor value (as you can see above). You can read more about his background here.

Dick In A Box was originally a SNL skit between Andy Samberg and Justin Timberlake depicting giving a girl a surprise by “Putting your dick in a box”. The video gathered internet fame and has become a very well known meme.

Known commonly as “Dramatic Look Chipmunk” it is a video 6 seconds long from the Japanese TV show “Hello!” of a prairie dog turning to the camera and looking at it dramatically. The video has become popular on sites such as YouTube and has been parodied many times. The video has made many crossovers to pop culture on such shows as South Park and was recently parodied in Weezer’s “Pork and Beans” music video.

OK GO is a band that gathered much fame after their music video for Here It Goes Again hit the web. The video is of OK GO dancing on treadmills very intricately and well choreographed. The video has been parodied many times and even on The Simpsons.

Chocolate Rain is a song and video by Tay Zonday that deals with the topic of Racism. The video and song have many parodies – a popular example is South Park’s version of him.

Numa Numa is a Internet Phenomena based on amateur videos, the most popular being Numa Numa Dance by Gary Brolsma which is perhaps the most known Internet meme. It has been parodied many times, most notably in South Park and Weezer’s “Pork And Beans”.

No list like this would be complete without the video that launched Samwell to fame. This is his “What what (in the butt)” video – a clip so bad you can’t stop watching.