Gentlemen prefer blondes (or so the saying goes) but from time to time they prefer brunettes (take the 90s for example). In earlier history they preferred redheads. These days redheads get a bad wrap – being referred to as “gingers” and other unpleasant names. This list is their redemption! A focus entirely on redheads. So, here are the 25 most significant redheads in history. This list is in no particular order. 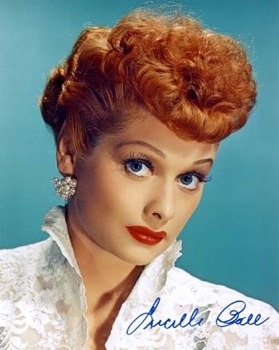 1. Carol Burnett (b. 1933) – American comedienne and actress most famous for her own variety show, The Carol Burnett Show (1967-1978). She also appeared on Mama’s Family in a few episodes reprising the role of Eunice that she created with co-star Vickie Lawrence, and as Jamie’s mother on Mad About You. In addition, she’s done several films and voice-overs. However, she will most likely be remembered most for her ear-tugging salute to her grandmother, her hilarious Tarzan call, and her parody of Gone with the Wind called Went with the Wind.

2. Lucille Ball (1911 – 1989) – American comedienne and actress most famous for the historic early sitcom she created with real-life husband Desi Arnaz called I Love Lucy (1951-1957). I Love Lucy was memorable for being the first American TV show to star a female and one of the first American TV shows to present a pregnant woman, although they weren’t allowed to say the word “pregnant.” The most watched episode in American TV history during that time was when Lucy gave birth to Little Ricky during the show’s second season. Many of the famous situations on the show are old vaudeville routines, and one of the most memorable is the Chocolate Factory. [Pictured above]

3. Margaret Sanger (1879 – 1966) – She ushered in the modern age of women’s liberation by fostering birth control. She successfully mobilized American women to take an active role in the decision to have or not have children. One of her organizations would eventually become Planned Parenthood, and she lived long enough to actively campaign for the legalization of the birth control pill.

4. Judas Iscariot (d. 29-33) – One of the twelve disciples of Jesus Christ who betrayed Him and identified Christ for Roman soldiers with a kiss in the Garden of Gethsemane for 30 pieces of silver. According to most biblical accounts, Judas was later overcome with guilt and returned the silver and hanged himself, although some accounts have him living several years longer before dying.

5. Lynette “Squeaky” Fromme (b. 1948) – One of Charles Manson’s family members who had a passive role in the Tate-LaBianca murders in 1969 and an active role in the attempted assassination of US President Gerald Ford in 1975. For the latter, she received a life sentence which she is serving in Texas despite a two-day escape in 1987. 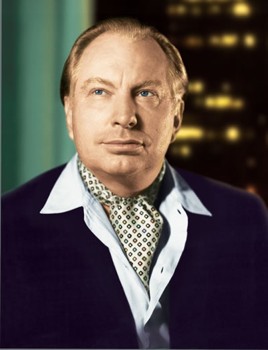 6. Geri Halliwell (b. 1972) – Otherwise known as Ginger Spice, she is the most musically successful of all the former members of the Spice Girls, releasing three acclaimed solo albums and participating in the Spice Girls Reunion Tour of 2007.

7. L. Ron Hubbard (1911 – 1986) – Science fiction writer and founder of the Church of Scientology. An exceptional con artist who hooked up with Jack Parsons and Aleister Crowley after WWII, Hubbard switched from writing science fiction to publishing his definitive work, Dianetics, which would eventually lead directly to the creation of Scientology. [Pictured above]

8. Bernadette Peters (b. 1948) – American actress, singer, and Broadway star, probably best known for her role as Marie in Steve Martin’s 1979 film The Jerk, and as Annie Oakley in the 1999 Broadway revival of Annie Get Your Gun.

9. Napoleon Bonaparte (1761 – 1829) – French military and political figure who had a significant hand in the French Revolution, then turned around and declared himself Emperor of France in 1804. Napoleon was despised by both Beethoven, who originally dedicated his Third Symphony in Eb Major (Eroica) to Napoleon and then changed his mind, and Tchaikovsky, who depicted the French defeat in Moscow with the 1812 Overture. He was exiled twice and eventually died on the island of St. Helena.

10. Lizzie Borden (1860 – 1927) – Famous accused American hatchet murderess of her father and step-mother in Massachusetts in 1892. She was tried and acquitted of the murders although public scorn punished her for the rest of her life. She remains immortalized in American folklore with an infamous jump-rope rhyme about the murders, as well as a humorous folk song. 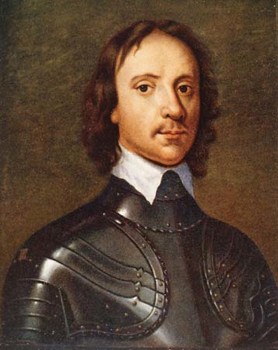 11. Cleopatra (69BC – 30BC) – Female Egyptian ruler who formed political liaisons and romantic relationships with Julius Caesar and Mark Antony. After being defeated by Augustus, she famously committed suicide by allowing herself to be bitten by an asp.

12. Oliver Cromwell (1599 – 1658) – Here’s a touchy one. He’s known as either an English military and political genius, or the scourge of Ireland. He helped create the English Commonwealth in 1649 after the execution of Charles I and then mounted a brutal campaign to subdue the Irish the next year. He died of natural causes in 1658 and was then exhumed and posthumously executed in 1661. [Pictured above]

13. Emily Dickinson (1830 – 1886) – American poet known for her reclusive behavior as well as her quietly prolific poetry. Although she had some of her writings published during her lifetime, it was not until after she died that the bulk of her massive output was finally made available to the public by her family.

14. Willie Nelson (b. 1933) – Texas native Willie Nelson began his career as a country singer/songwriter trying to break into the standardized world of Nashville country and western, and he wrote several hits for other artists including Patsy Cline’s immortal Crazy. However, after being unable to break into the Nashville inner circle for himself, Nelson returned to his native Texas and helped create the outlaw country movement with fellow Texan Waylon Jennings in the 1970’s.

15. Antonio Vivaldi (1678 – 1741) – Vivaldi was an Italian composer of the late Baroque era. Although he was originally trained for the priesthood, he is probably best known for his brilliant concerti (and concerti grosso) including The Four Seasons. 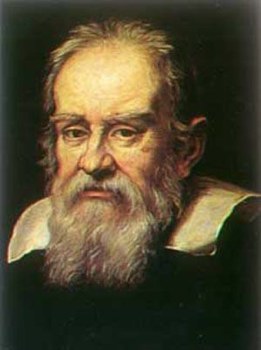 16. Thomas Jefferson (1743 – 1826) – Third U.S. President from 1801 to 1809. A native Virginian, Jefferson was the chief author of the Declaration of Independence. He was primarily an agrarian-minded president, and would serve as an inspiration to a generation of secessionist Southerners. He negotiated the Louisiana Purchase with fellow redhead Naplolean Bonaparte, and died on the 50th anniversary of the signing of the Declaration of Independence.

17. Vincent Van Gogh (1853 – 1890) – Dutch post-Impressionist painter who lived in relative obscurity, yet, his paintings routinely fetch the largest sums at auctions. Probably best known for Starry Night, he was beset by a myriad of mental disturbances, and famously cut off the lobe of his ear in 1888.

18. James Joyce (1882 – 1941) – Irish 20th Century writer, best known for Ulysses and Finnegan’s Wake. Joyce was an expatriate, living in Paris and fleeing the Nazi invasion in 1940 to find safety and death in Switzerland.

19. Mark Twain (1835 – 1910) – Pen name of American humorist and author Samuel Langhorne Clemens. Many of his stories are about the 19th century American riverboat culture (The Adventures of Tom Sawyer and The Adventures of Huckleberry Finn), and his pen name was taken from a common call by a riverboat leadsman.

20. Galileo Galilei (1564 – 1642) – Italian astronomer and physicist, perhaps best known for advancing the use of the telescope to verify the theories of Copernicus and describing the laws of motion for falling bodies and projectiles. Galileo was forced to recant his astronomical findings by the Church, and lived the remainder of his life under house arrest. [Pictured above] 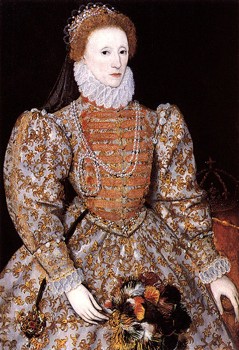 21. Sir Winston Churchill (1874 – 1965) – British politician who served as the indomitable bulldog Prime Minister during World War II. His inspiration and tenacity served to solidify British willpower during the German bombings of 1940.

22. Vladimir Lenin (1870 – 1924) – Russian revolutionary politician and statesman, born Vladimir Ilrich Ulyanov. Lenin was the architect of the Soviet Union following the Russian Revolution of 1917, and he was the first Soviet premier until his early death. His preserved body is still on display at his mausoleum in Red Square in Moscow.

23. Malcolm X (1925 – 1965) – African American spiritual leader of the Nation of Islam during the American Civil Rights movement. Born Malcolm Little, he converted to Islam while in prison and became a powerful activist for black Americans until his unsolved assassination in 1965.

24. Elizabeth I (1533 – 1603) – English queen and daughter of Henry VIII and Anne Boleyn. She was the last Tudor queen, and her reign included the contributions of William Shakespeare and Francis Drake. [Pictured above]

25. King David (1037 BC – 967 BC) – King of Israel who succeeded Saul, and slayer of the Philistine giant Goliath. David was an accomplished lyre player and is credited with composing the majority of the Book of Psalms.