Suicide is the 13th leading cause of death world-wide and ranks 3rd in many countries among 10-24 year olds. An estimated 815,000 people commit suicide each year around the world representing one death every 40 seconds. Some who attempt suicide are fortunate enough to receive a second chance at life. This list includes some of the more popular suicide locations along with people that were given another chance to live. Also included in the list are the grim suicide statistics for each destination. It also should be noted that the details from each incident varies depending on the information put forward by the press and the survivors. 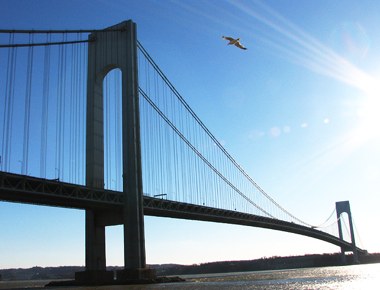 In 1995 after a failed relationship, 29 year old Connie Mercure from Brooklyn jumped over 200 feet into the Lower New York Bay. Rescuers immediately pulled her from the chilly waters. Mercure survived with a broken leg, extensive internal bleeding and hypothermia. 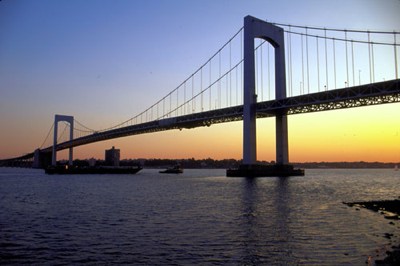 In 2001 26 year old Matthew Sicoli, after a fight with his girlfriend and job woes walked on the pedestrian lane toward the center of the Throgs Neck Bridge. Authorities spotted Sicoli kneeling and then watched in horror as he hopped over a railing and disappeared. Police quickly mounted a rescue effort and saved Sicoli in less than 10 minutes. Matthew survived the 140-foot leap and suffered only bruises to his ribs, stomach and face. It is estimated he went into the East River hitting the water at 64 mph. Sicoli’s 51-year-old mother committed suicide by jumping off the Whitestone Bridge just five years earlier. 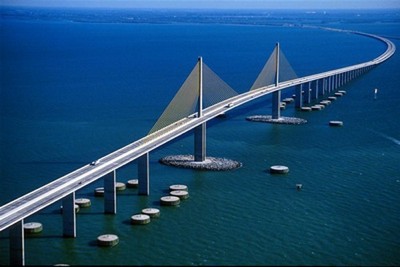 On May of 2001, 35 year old artist and inventor Hanns Jones was despondent over business pressures. After heavy drinking and a horrible fight with his wife, Jones drove his pickup to the Sunshine Skyway Bridge to end his life. Right after Jones jumped he said he knew it was a big mistake. Jones described the jump as “You just accelerate and accelerate so fast and then it stops, but when you stop you don’t feel like you hit water, you feel like you hit concrete”. The force of the impact ripped Jones’s clothes off. Despite multiple rib fractures, internal bleeding and a collapsed lung, he was able to swim to the rocks near one of the pylons. He was sitting there naked when rescuers arrived, and then spent weeks in the hospital recovering. Jones says he’s fine and happy today, and he often wonders why he survived when so many others didn’t. 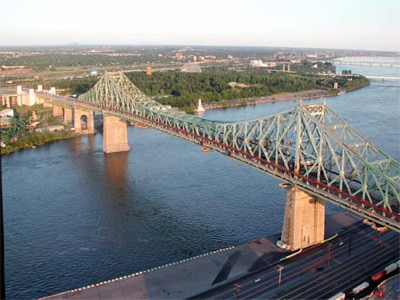 Did Bélizaire had an addiction to gambling which started when he was 17 years old. In 2003 at the age of 36, he had another losing night playing the video lottery terminals at the nearby Casino de Montréal. Bélizaire found himself deep in a hole and called his girlfriend on his cell phone, asked for her blessing and ended the call without telling her what he was about to do. Bélizaire then jumped off the Jacques Cartier Bridge into the St. Lawrence River. Bélizaire survived the jump and was unable to force himself to drown because his survival instincts took over. The jump cost Bélizaire the use of his legs and is now a paraplegic. Bélizaire is quoted saying “Once I was a strapping 6-foot-7 basketball and football player and now I’m a 3 foot 3 inches in a wheelchair”. Bélizaire takes every opportunity he can to tell young people his story and sound the alarm against compulsive gambling. 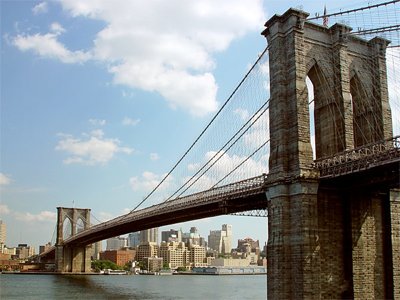 Location: Brooklyn Bridge (Estimated suicides are in the hundreds)

In June of 2008, a 34 year-old woman identified as “Michelle” decided to end her life by jumping off the pedestrian walkway of the Brooklyn Bridge. After her 10 story leap into the East River several witnesses called 911 and the woman was quickly plucked from the chilly waters. Paramedics were amazed that she came out of it with no broken bones and hardly a scratch. She was rushed to Bellevue Hospital, where she was admitted for having water in her lungs. 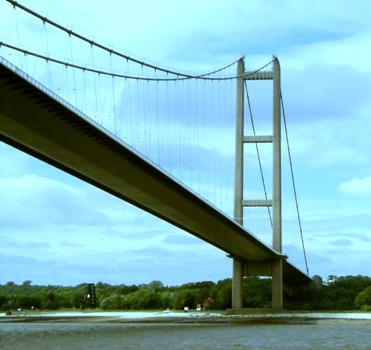 28 year old Angela Schuman was going through a custody battle with her ex- husband over their daughter. She wrote several letters, including one saying:” I can be with my daughter all the time. I can be free and far away where no Julio (her husband) of this world can reach us and separate us. And I can be with my daughter on her birthday.” In the fall of 2005 Angela jumped off Humber Bridge (3 days prior to her daughters 2nd birthday) holding on to her daughter all the way down. The little girl was taken to Hull Royal Infirmary where she was found to be hypothermic, but five days later was able to go home. Angela Schumann spent almost two months in hospital for treatment to lower body fractures. In the hospital, Schumann was found to have faded writing on her stomach saying: “Cause of death Julio”. The mother and daughter are two of only five to have ever survived a fall from Humber Bridge. 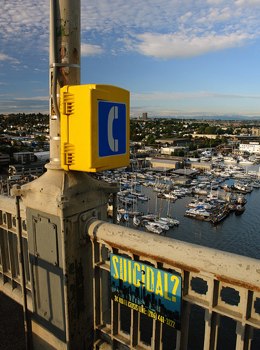 John Dittmann felt suicidal, blaming it on a daily regiment of taking tranquilizers to treat mental illness and drinking alcohol to offset the pills. Dittmann often would stare at the Aurora Bridge from his Wallingford halfway house and in 1979 at the age of 22 he decided to end his life with a leap off the bridge. After jumping Dittmann had a change of heart and decided he didn’t want to die. He then frantically threw his arms back and fought to keep his body from pitching forward and tried to keep his feet extended as he plunged 174 feet. He hit Lake Union at 70 mph with a crack and struggled to swim meekly to shore. Dittmann fractured his back and injured his lungs, but survived. The Seattle man is one of about 30 people who have survived a leap from the landmark bridge. 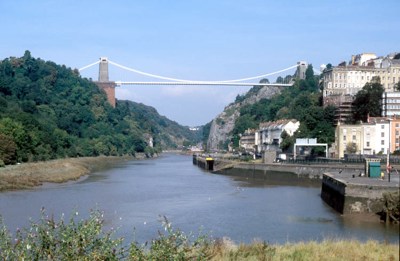 This miraculous escape from death happened over 120 years ago. 22 year old Sarah Henley received a letter from her fiancé breaking up their engagement. In a state of despair she rushed to end her life by the jumping off the Clifton Suspension Bridge. That particular morning there was a slight wind blowing and Sarah’s skirt was inflated (acting like a parachute) and considerably slowed down her decent. The wind also prevented her falling straight into the water. Sarah lived a full life and died in 1948. Her incredible luck gave her an extra 62 years of life. Sarah Henley’s jump has become legend and is recorded in the official history of the Suspension Bridge. 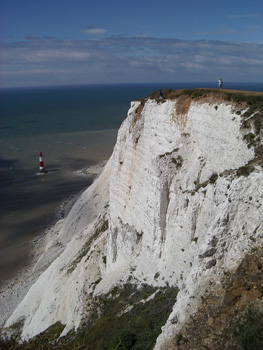 In June of 1995, 15 year old Martin Hinchcliffe had a fight with his girlfriend’s parents. After writing a note to his mother saying he would kill himself he walked to Sugar Lump cliff on Beachy Head and jumped. 35 feet into his fall he was caught by some extending rocks and was completely hidden from view in a deep crevasse. After spending 72 hours holding on to the cliffs, his cries were finally heard by a man walking on the beach below. Coastguard, police and firefighters went to the scene and were able to rescue Hinchcliffe who suffered a broken leg and cracked several ribs. Hinchcliffe said he sucked on rocks during the 72 hours to avoid dehydration. 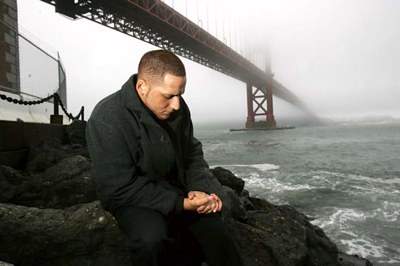 At the age of 19 Kevin Hines battle with bipolar disorder became so intense that he finally decided to end his life. In the year 2000 he attended his first class at school, and then took a bus to the Golden Gate Bridge, crying all the way. Hines picked his spot and stood there for 40 minutes. No one approached him to ask what was wrong and when a tourist came up and asked whether he could take her photo, Hines thought that was clear proof that no one cared. He took the picture, and then jumped. Instantly he realized he had made a mistake and thought to himself “God save me”. As he was falling Hines came up with a plan to save his life, and threw his head back and tried to hit feet first. Hines was hurtled 40 feet underwater but miraculously survived. Hines endured arduous physical rehabilitation after his near-death experience, but said dealing with his bipolar disorder had been far more difficult. He now lives by a strict schedule, and has found a combination of drugs and therapy that allows him to regulate his manic highs and depressions. Currently, Hines works with several mental health groups and suicide prevention hot lines.