In April 2018, Pope Francis made an announcement about the importance of baptism in Christian life. The baptismal process, he commented, represents a significant change in a person’s life. Many Christians celebrate that baptismal process as a type of entrance into their religion.

John the Baptist is considered by many to have started the tradition of water baptisms. Today, however, most Christians associate the baptismal process with Sunday afternoons, newborns, and beautiful churches. But this is not always the case. In recent history, some comical, remarkably tragic, and even odd baptismal processes have occurred. 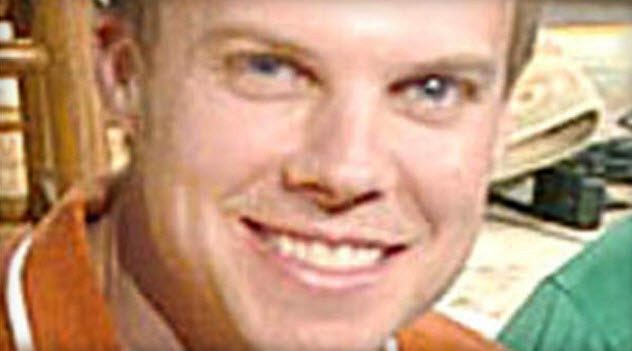 It’s become popular to use microphones during church sermons. In 2005, Reverend Kyle Lake was conducting a baptism at University Baptist Church. While standing in water, Reverend Lake was electrocuted when he reached out to adjust a microphone.

Hundreds of people happened to be attending the church service because it was homecoming weekend at nearby Baylor University. Church members (some of whom were physicians) rushed to help Lake. He was taken by ambulance to a nearby medical center where he was later pronounced dead.

Fortunately, the woman who was being baptized had not yet stepped into the water so she was not injured. The reverend’s widow later received a settlement from MP Electric Inc. of Waco on the basis that the company had negligently designed, assembled, and installed the heaters that resulted in the electrocution.[1] 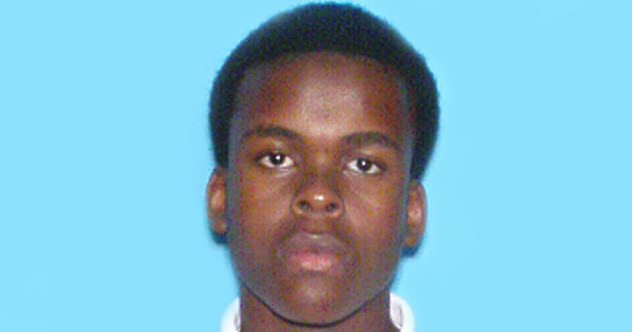 In 2013, this passage held true when a baptism at the South Park Community Center turned into a brawl. During the baptism, alcohol was distributed to the attendees. This caused a fight to break out.

A call for help resulted in law enforcement responding to break up the fight. The incident ended with five police officers assaulted, two more officers injured, and two other people arrested and jailed for assault.

Other baptisms have led to brawls as well. In 2014, a man in Miami Beach was fatally shot at a baptism party when he tried to break up a fight over food. A group of uninvited guests had appeared at the baptism, and they were unhappy about a lack of utensils. The fight arose when a handful of women at the party began to physically assault one of the men.[2]

8 The Baptism That Ruined A Born-Again Mafia Boss 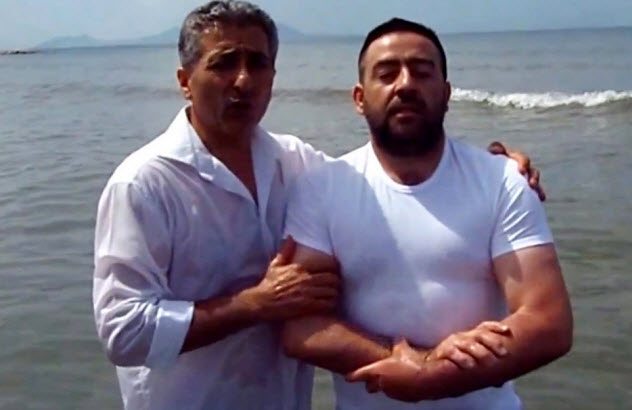 After law enforcement caught onto his drug trafficking and he was sentenced to prison, Mafia boss Antonio Montella fled to the commune of Villaricca, which is located between Naples and Caserta. While there, Montella made an effort to make amends for his previous criminal activity by joining a local church. One churchgoer remembered Montella as nice, secretive, and a habitual attendee of religious services.

In 2015, to mark his entrance into religious life, Montella was baptized in the sea off the coast of Pinetamare. The process involved being dunked under water by a priest at the evangelical church. The video of the baptism was then posted online, which resulted in law enforcement identifying the appropriate region and pastor. This led to the discovery of Montella.[3]

After being sent to Rome by the police, Montella began his five-year jail term for drug trafficking.

7 When Bieber Got Baptized In An NBA Player’s Bathtub

Water baptisms don’t always occur in a church. In 2014, in the middle of his fall from public grace, Justin Bieber decided to get baptized in pro basketball player Tyson Chandler’s luxury bathtub. Carl Lentz, the pastor at Hillsong church in New York City, performed the baptism. Lentz wears leather, has tattoos, and has served as a spiritual mentor to Selena Gomez and Bono.

To get a fresh start by committing himself to Jesus, Bieber expressed his interest in getting baptized to Lentz. They went to a number of different locations to find a private place to conduct the sacrament but eventually called Chandler at around 2:00 AM.

Unfortunately, Chandler’s rooftop pool couldn’t be used at that time so he offered Bieber his bathtub instead. As Chandler is 216 centimeters (7’1″) tall, his bathtub is extra large. His wife even helped to make the baptism special by providing food.

While the event might sound strange to some, Lentz recalls the early morning baptism as “one of the most special things I’ve ever been a part of.”[4]

6 The Baptism Of Martians 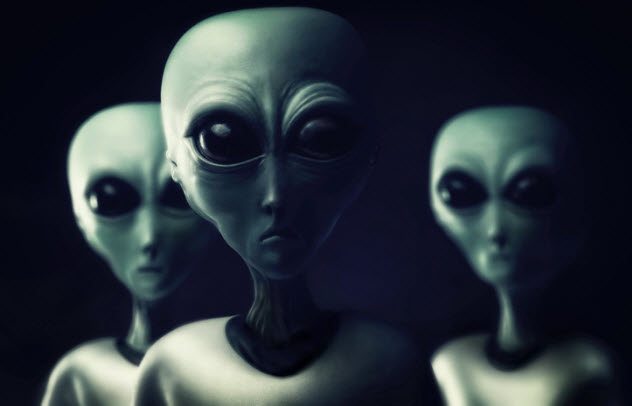 Baptism isn’t just for humans. At the British Science Festival in 2010, Guy Consolmagno, one of Pope Benedict XVI’s astronomers, announced that he would baptize an alien if asked. How exactly alien life would ask to be baptized is uncertain, but Consolmagno then revealed his official statement: “Any entity—no matter how many tentacles it has—has a soul.”

In 2014, during a speech about acceptance, Pope Francis further clarified the Vatican’s view of the relationship between Martians and baptism. The Pope related an anecdote from the Bible about the first pagans converting to Christianity. Then he explained that one of the obstacles faced by Christians is to accept the Holy Spirit even if it is unthinkable and unimaginable.

The Pope extended this perspective to Martians, or as he described them, “Green, with long noses and big ears, like in children’s drawings.” In agreement with Consolmagno’s perspective, Pope Francis stated that he would also baptize Martians.[5] 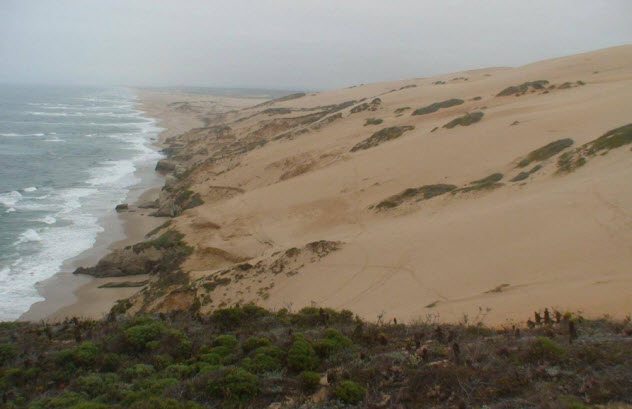 As we’ve already discussed, baptisms can be more dangerous than you might expect. In 2014, a baptism was held outdoors at the Jesus Christ Light of the Sky church in California. During the event, 2-meter (7 ft) waves swept three men away. Although two of the men were able to swim back to shore without injury, one of the men went missing. Search helicopters and boats formed a rescue team to find him.

Ultimately, the unsuccessful search was called off. The man was believed to have drowned.[6]

Unfortunately, some report that these events might be a growing trend. In March 2018, three men were swept out to sea during a baptism at Monwabisi Beach in South Africa. A bystander had attempted to save two church members who were experiencing difficulty in the water due to rip currents. All three men drowned. 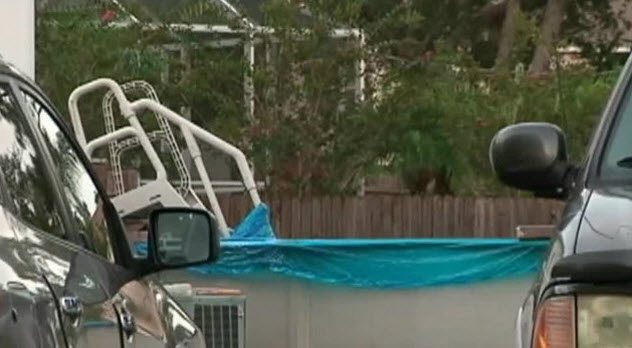 In 2016, a man in Deltona, Florida, claimed that the voice of God had commanded that he baptize his son.

So, in the middle of the night, the man woke up his 11-year-old son, took the boy to a neighbor’s house, dropped the child into a pool, and dunked him repeatedly. Many locals were confused about why the usually quiet man had chosen to conduct a baptism in a pool rather than at a church or other religious site.[7]

When questioned by law enforcement about his behavior, the man reported that the voice of God had awakened him in the night and instructed him to baptize his son. As the pool was filled with “nasty and green water with bugs in it,” the child’s mother took the boy to an urgent care doctor. He discovered that the child had ear and eye infections due to the unsanitary water. The man was later arrested and charged with child abuse.

3 The Man Who Wanted A Baptism Refund 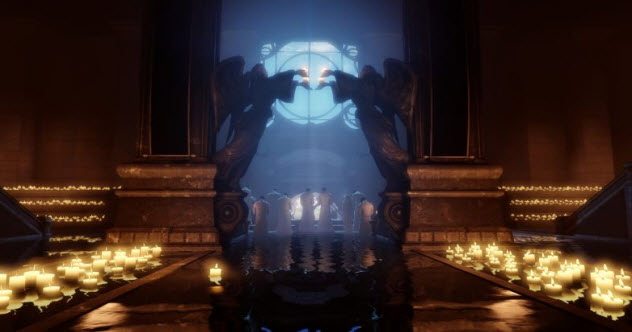 Released in 2013, Bioshock Infinite is a first-person shooter video game set in 1912. It features a protagonist who is sent to a city to find a young woman who has been held captive. Before the game’s player can enter the city, he is required to participate in an in-game water baptism.

If a player declines to perform this activity, he cannot go any further in the game. The themes introduced by baptism echo throughout Bioshock Infinite in the form of whether a person is able to atone for his sins.

However, some gamers, like Breen Malmberg, found this baptism scene offensive to their religious perspectives. As Malmberg explained, he felt that the baptism scene presented him with the choice of committing a sacrilegious gesture or quitting the game before he progressed very far into the story line.[8]

Malmberg eventually chose to stick to his religious beliefs and stopped playing the game. He sent a letter to software distribution company Valve to explain his situation and demand a refund. According to Malmberg, the company issued the refund.

Other video games with religious moments that are potentially offensive—like Call of Duty: Modern Warfare 2—have chosen to allow players to skip these events if they want to. 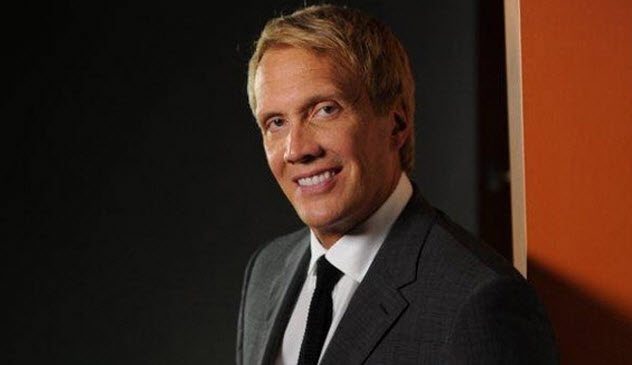 Some baptisms are performed for philosophical ideas rather than for people.

The Mormons are one group who have baptized a slew of people posthumously, including Holocaust victims, Humphrey Bogart, the Queen Mother, and Marilyn Monroe as well the ancestors of Kim Kardashian, Carrie Fisher, Joe Biden, John McCain, Donald Trump, Mike Pence, Hillary Clinton, and Steven Spielberg. (The Mormons declined to baptize Charles Manson or Stephen Paddock, who killed 58 people and wounded over 500 in Las Vegas in October 2017.)

Perhaps the strangest thing to be baptized is the novel Fifty Shades of Grey. This was done by Pastor Ed Young at the Fellowship Church in Dallas, Texas. Young called the book a “perverted attempt to trap readers.” It remains uncertain what Young thought baptizing a book would do. However, he also wrote a book about healthy relationships called Fifty Shades of They, which led some to think that the act was a publicity stunt.[9]

1 Baptisms That Got Priests In Trouble

There are several cases of pastors, priests, and other religious figures getting into trouble for performing baptisms.

In 2015, a high school in Villa Rica, Georgia, got in trouble for violating a public school policy when it allowed a mass baptism of 18 football players and a coach on the school’s football field. This event drew harsh criticism for violating the US Constitution’s Establishment Clause of the First Amendment, which requires the separation of church and state. The pre-practice baptism also violated local school district policy.

Another troubling incident occurred in 2011 when a 64-year-old priest arrived at the All Hallows Church in Sacramento an hour late—and drunk—to baptize 15 children. In front of the congregation of 150 people, the priest slurred his words and even stumbled to the point of falling over. As a result, church members carried the wayward priest to the rectory. For his actions, he was suspended indefinitely.[10]

Read more intriguing stories about Christians on 10 Beliefs About Jesus That Christians Have Rejected and Top 10 Most Dangerous Countries for Christians.