I am a firm believer in the idea that reading a book is better than watching a film, because it allows your own imagination to make marvelous worlds and characters. Nevertheless, I concede that on a number of occasions, a film director has managed to take a great book and make it an even greater movie – sometimes it is better for us to watch the creations of someone else’s imagination. This is a list of ten such movies. 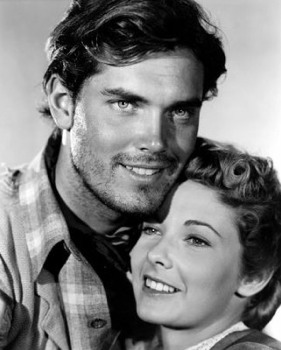 Original Story By: Alan Le May

Ethan Edwards, an ex-Confederate soldier from the Indian Wars, finds that his family has been massacred and his niece captured by the Comanches and vows to bring her back and kill everyone of the Indians who did this to him. He travels for five years in order to find her and when he does realizes even though she has been found she has become one of them. The Searchers was ranked #1 on the American Film Institute’s list of the 10 greatest films in the genre “Western” in June 2008. 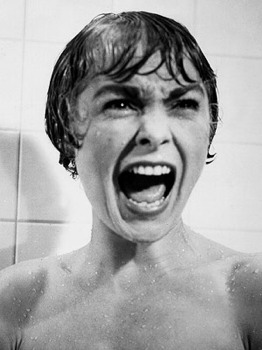 Phoenix officeworker Marion Crane is fed up with the way life has treated her. She has to meet her lover Sam in lunch breaks and they cannot get married because Sam has to give most of his money away in alimony. One Friday Marion is trusted to bank $40,000 by her employer. Seeing the opportunity to take the money and start a new life, Marion leaves town and heads towards Sam’s California store. Tired after the long drive and caught in a storm, she gets off the main highway and pulls into The Bates Motel… This is a film that no one will dispute deserves a place on this list. It is perhaps the greatest horror movie across all generations.

Interesting Fact: When the cast and crew began work on the first day they had to raise their right hands and promise not to divulge one word of the story. Hitchcock also withheld the ending part of the script from his cast until he needed to shoot it. 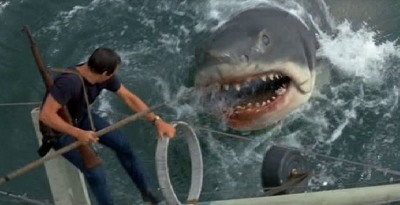 A Great White shark decides to make the small beach resort town of Amity his private feeding grounds. This greatly frustrates the town police chief who wants to close the beaches to chase the shark away. He is thwarted in his efforts by the town’s mayor who finally relents when nothing else seems to work and the chief, a scientist, and an old fisherman with revenge on his mind take to the sea to kill the beast. Jaws was a bestselling book for Peter Benchley, but it took the force of a movie to frighten generations away from the beaches!

Interesting Fact: After the shark was built, it was never tested in the water, and when it was put in the water at Martha’s Vineyard, it sank straight to the ocean floor. It took a team of divers to retrieve it. 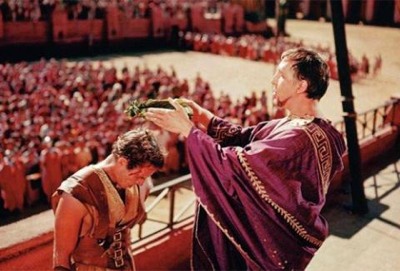 Interesting Fact: Initially there were queries over whether William Wyler was the right director for the job, as he’d never tackled a film of this scale before. One of the doubters was Wyler himself. 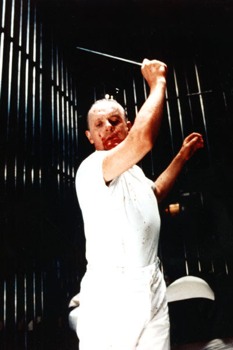 Clarice Starling, a young intelligent FBI trainee, has been sent to the Baltimore state hospital for the criminally insane to interview an inmate Dr. Hannibal-the cannibal- Lecter. A brilliant renowned psychiatrist turned infamous psychopathic serial killer. She must match wits with Lecter -who has the darkest of all minds- and trust him to give her clues in the search for “Buffalo Bill”. This is, undoubtedly, one of the greatest psychological thrillers ever put to screen. The success of this film contributed largely to the success of Harris as a writer.

Interesting Fact: Anthony Hopkins studied videotapes of serial killers as part of his research for the film. After noticing that Charles Manson hardly ever blinked when he spoke, he did the same for Hannibal Lecter. 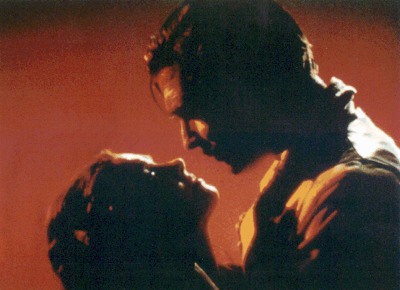 The epic tale of a woman’s life during one of the most tumultuous periods in America’s history. From her young, innocent days on a feudalistic plantation to the war-torn streets of Atlanta; from her first love whom she has always desired to three husbands; from the utmost luxury to absolute starvation and poverty; from her innocence to her understanding and comprehension of life. This one hit wonder book by Margaret Mitchell not only worked out brilliantly for her publishers, it also became the highest-grossing film in the history of Hollywood, and received a record-breaking number of Academy Awards.

Interesting Fact: The movie’s line “Frankly, my dear, I don’t give a damn.” was voted as the #1 movie quote by the American Film Institute (out of 100). 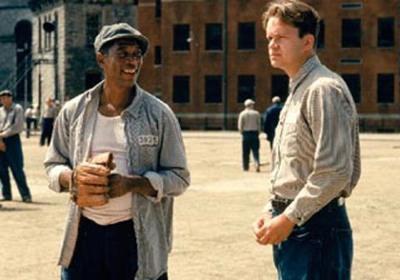 After the murder of his wife, hotshot banker Andrew Dufresne is sent to Shawshank Prison, where the usual unpleasantness occurs. Over the years, he retains hope and eventually gains the respect of his fellow inmates, especially longtime convict “Red” Redding, a black marketeer, and becomes influential within the prison. Eventually, Andrew achieves his ends on his own terms. This film has become so popular it now ranks as the IMDB number 1 film – knocking the Godfather in to the number 2 spot. There is no doubt that the film is excellent, but I do not believe it deserves the number 1 spot on this list.

Interesting Fact: The mugshots of a young-looking Morgan Freeman that are attached to his parole papers are actually pictures of Morgan’s younger son, Alfonso Freeman. 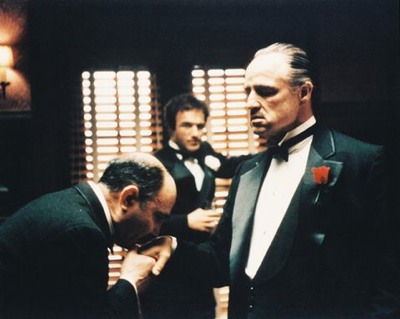 Vito Corleone is the aging don (head) of the Corleone Mafia Family. His youngest son Michael has returned from WWII just in time to see the wedding of Connie Corleone (Michael’s sister) to Carlo Rizzi. All of Michael’s family is involved with the Mafia, but Michael just wants to live a normal life. Drug dealer Virgil Sollozzo is looking for Mafia families to offer him protection in exchange for a profit of the drug money. Puzo is a good writer, but Coppola is a better director and consequently this film rocketed Puzo to fame he would never have achieved alone.

In a cyberpunk vision of the future, Man has developed the technology to create replicants, human clones used to serve in the colonies outside Earth but with fixed lifespans. In Los Angeles, 2019, Deckard is a Blade Runner, a cop who specialises in terminating replicants. Originally in retirement, he is forced to re-enter the force when six replicants escape from an offworld colony to Earth.

Interesting Fact: Philip K. Dick claimed that footage of the film was exactly what he had envisioned when he wrote the book. However, Ridley Scott, who was notorious for having gotten exactly the visual look he wanted, claimed to have never read Dick’s source novel “Do Androids Dream of Electric Sheep?” 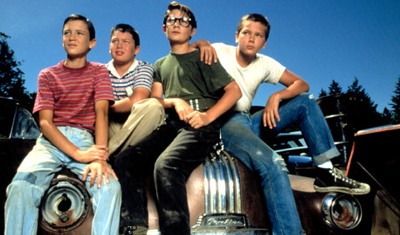 Original Story By: Stephen King (The Body, a short story in the book Different Seasons)

Based on Stephen King’s short story “The Body”, “Stand By Me” tells the tale of Gordie Lachance, a writer who looks back on his preteen days when he and three close friends went on their own adventure to find the body of a kid their age who had gone missing and presumed dead. The stakes are upped when the bad kids in town are closely tailing – and it becomes a race to see who’ll be able to recover the body first. That such a great film can be made from a mere short story says a lot about Reiner’s excellent directing skills. Both this, and Shawshank Redemption (also by Stephen King) rate in the IMDB top 250. Considering that Different Seasons was a rather mediocre book compared to some of King’s great books (such as The Stand), make these two films clear winners for this list.

Interesting Fact: At the insistence of director Rob Reiner (an avid non-smoker who campaigned for anti-smoking laws in California), the cigarettes smoked by the boys were made from cabbage leaves.