This is a list of the most influential DJ’s and artists in electronic music. If it were the best artist or DJ list, it would have been very different. Narrowing down the selections was difficult and I’m sure many will dispute the results, but it would be hard to envision the scene how it is today, if these guys weren’t involved. This list includes DJs and performers. 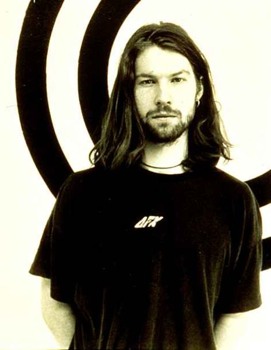 Richard David James, aka Aphex Twin, is an electronic musician who has been described as “the most inventive and influential figure in contemporary electronic music. His unique production style and arrangment has popularised a then small genre of music (gabba). In 1992 Rolling Stone magazine wrote of the album: “Aphex Twin expanded way beyond the ambient music of Brian Eno by fusing lush soundscapes with oceanic beats and bass lines.” He has been credited for creating the most interesting music ever created with a keyboard and a computer.” Aphex’s “alternative” sound is at the forfront of todays multi-genre, IPod listening culture. 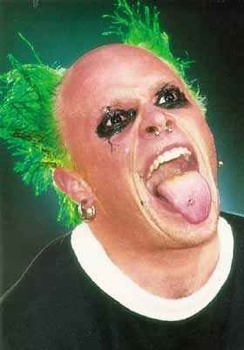 The Prodigy is an electronic music group formed by Liam Howlett in 1990, in Braintree, Essex, England. They have sold over 16 million records worldwide which is unequalled in dance music history. Their music consists of various styles ranging from rave, hardcore, industrial and, breakbeat in the early 1990s to alternative rock and big beat with punk vocal elements in later times. The Prodigy first emerged on the underground rave scene in the early 1990s, and has since then achieved immense popularity and worldwide renown. Prodigy’s success is a tribute to their sound, bringing in listeners who did not “enjoy” electronic music, until they heard The Prodigy. 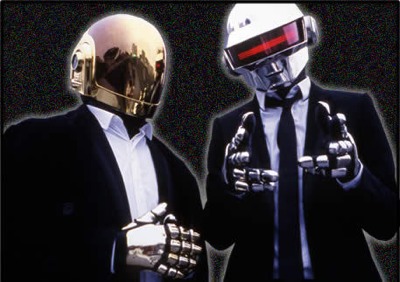 Daft Punk is an electronic music duo consisting of French musicians Guy-Manuel de Homem-Christo and Thomas Bangalter. The duo is considered one of the most successful electronic music collaborations of all time, both in album sales and in critical acclaim. Daft Punk reached significant popularity in the late 1990s house movement in France, Daft Punk is also credited with producing songs that were considered essential in the French house scene. With their iconic appearence they have molded and shaped an imaginative career and have worked with massive artists such as Kanye West and have even stepped into directing and writing films to branch out their creative stem. 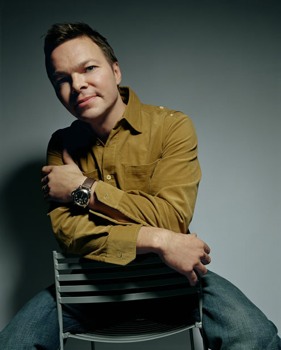 Peter “Pete” Tong is an English DJ who works for BBC Radio 1. He is known worldwide by fans as the ground-breaking voice of electronic music for hosting programmes such as Essential Mix and Essential Selection on the world’s largest Radio station. Pete is a house hold name and superstar, club filling DJ who consistently has his finger on the electronic music button. Tong has the ability to create or deflate an artist and has no intention of changing his position in the electronic music scene. 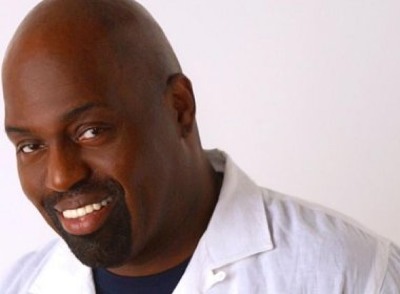 Frankie Knuckles is an American DJ, record producer and remix artist. He played an important role in developing house music (an electronic, disco-influenced dance music) as a Chicago DJ in the 1980s and he helped to popularize house music in the 1990s, with his work as a producer and remixer. In 2005, Knuckles was inducted into the Dance Music Hall of Fame for his achievements as a DJ. As his productions and remixes were becoming more popular, and he was also breaking new ground. When Junior Vasquez took a sabbatical from Manhattan’s The Sound Factory, he took over and launched a successful run as resident DJ until Vasquez made his return, at which point Knuckles became the resident DJ at The Sound Factory Bar. Knuckles remained part of the underground scene. In 1992, Billboard’s Larry Flick commented “He’s probably the best dance music producer we have in America. He understands the groove, but he understands songs, and the whole picture.” Knuckles won the 1997 Grammy Award for Remixer of the Year, Non-Classical. 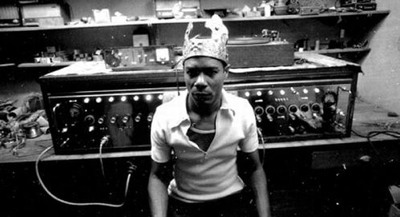 King Tubby (born Osbourne Ruddock) was a Jamaican electronics and sound engineer, known primarily for his influence on the development of Dub music in the 1960s and 1970s. Tubby’s innovative studio work, which saw him elevate the role of the mixing engineer to a creative fame previously only reserved for composers and musicians, would prove to be highly influential across many genres of popular music. He is often cited as the inventor of the concept of the remix, and so may be seen as a direct antecedent of much dance and electronic music production. 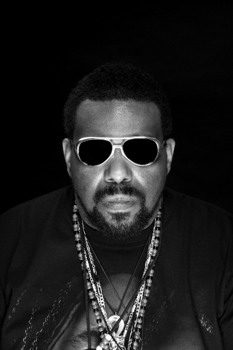 Afrika Bambaataa (aka Kevin Donovan) is an American DJ from the South Bronx, who was instrumental in the early development of hip hop throughout the 1980s. Afrika Bambaataa is one of the three main originators of break-beat deejaying, and is respectfully known as the “Grandfather” and “Godfather” and The Amen Ra of Universal Hip Hop Culture as well as The Father of The Electro Funk Sound. Through his co-opting of the street gang the Black Spades into the music and culture-oriented Universal Zulu Nation, he is responsible for spreading rap and hip hop culture throughout the world and helping create a multi-million pound giant of a music genre. Many artists owe a lot to Africka Bambaataa and his peers. 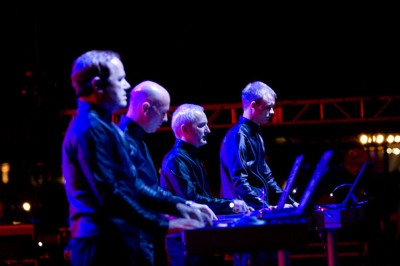 Kraftwerk are a German musical group that were influential in the evolution of modern electronic music. The signature Kraftwerk sound combines driving, repetitive rhythms with catchy melodies, mainly following a Western classical style of harmony, with a minimalistic one. They were the first group to strictly use electronic instrumentation only in their production. The group’s simplified lyrics are at times sung through a vocoder or generated by computer-speech software. In the early to late 1970s and the early 1980s, Kraftwerk’s distinctive sound was revolutionary for its time, and it has had a lasting impact across many genres of modern popular music. One of the first major recording artists to claim a direct influence from Kraftwerk’s music was David Bowie. Part of this can be heard in a series of albums that start with Station To Station and continue with the Berlin Trilogy—Low, “Heroes”, and Lodger. Iggy Pop’s association with Bowie during this period would result in the classic albums Lust For Life and The Idiot. Kraftwerk’s members were mutual fans of both artists, name-dropping them in the lyrics of its 1977 single “Trans-Europe Express. Afrika Bambaataa’s Planet Rock (1982) was a major defining hit for hip-hop and the birth of electro music, which contains elements of ‘”Trans-Europe Express” and “Numbers.” Legal action was pursued against Bambaataa and won for the blatant use of these particular sounds and melodies without giving proper credit to the group. Since the lawsuit, proper credit is now given on the song’s writing credits. Numerous artists have continued to sample and pilfer various elements from Kraftwerk’s catalogue. 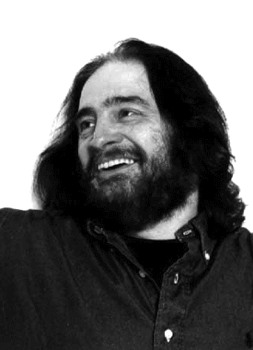 David Mancuso is arguably the single most influential individual in the development of the Dance music DJ. He is the creator of the famous “by invitation only” parties in New York City which have come to be known as “The Loft”. The first such party was held in 1970 and was called “Love Saves The Day”. Prior to that, he was playing records for his friends on a semi-regular basis as early as 1966, and these parties became so popular that by 1971 he and Steve Abramowitz, who worked the door, decided to do this on a weekly basis. His parties have the free-wheeling feel and intimacy found in the classic rent party or house party. Mancuso is a pioneer in that he carefully thought out and refined his concept of “private party”, as distinct from the more overtly commercial business model of the nightclub. This change of direction in club promotion goes hand in hand with the world of electronic music. 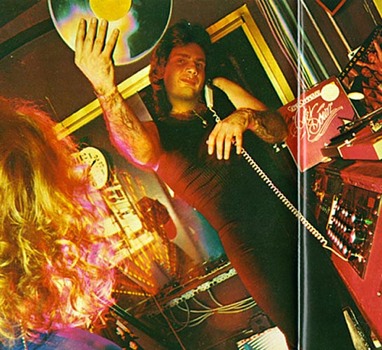 Francis Grasso was one of the many unsung heroes in the DJ world! He was the first DJ to perfect how to slip-cue a record and release it on beat in order to create a non-stop mix of music in the nightclub scene. Yes, radio DJs had used this technique previously, but not to create a continuous mix of music; furthermore Francis started paying attention to the energy and feeling of each song and began putting the songs together into sets that corresponded with the energy he was getting from the dancers on the floor. The more they gave off, the more he gave back. More importantly, he was the first DJ to segue (or overlay) 2 records together in order to maintain a consistent flow of energy throughout the night while matching the beats of the music. Though these things seem simple by today’s standards, in the late 60’s and early 70’s these techniques, along with his progressive and innovative programming style, were quite revolutionary and provided the basis for the rest of us who followed.