Musicians and bands touring the globe to play their music to the far reaches of the world has become a staple of the music industry. Just listening to music is one thing, but there is something quite exhilarating about seeing your favorite acts perform in the flesh.

However, musicians and bands touring the world, it seems, is just as much a privilege for the performers as it is for the listeners. Despite the far-reaching tours of many music acts, there are circumstances in which some countries have just flat-out refused to let them play, regardless of their popularity. Criminal offenses, political reasons, and the nonsensical: Here are ten stories behind musicians and bands being banned from playing in certain countries. 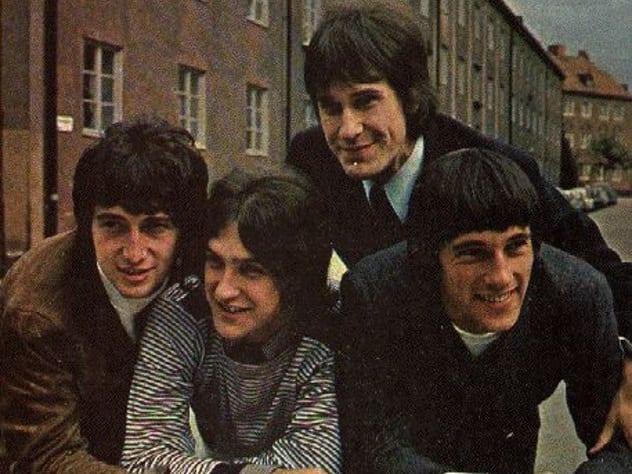 Following their UK success, the Kinks embarked on their first doomed tour of the US in 1965. However, the reputedly alcohol-soaked, rowdy band members met a swift end to their US touring privileges after allegedly arriving late to Dick Clark’s variety show Where the Action Is.

According to the Kinks’ front man Ray Davies, the band arrived backstage at the television show but were met with a tirade of abuse from a member of the production team. In his enraged diatribe, the disgruntled production team member stated that, “Just because the Beatles did it, every mop-topped, spotty-faced limey juvenile thinks he can come over here and make a career for himself.” The “Commie wimps” were going to find out “just how powerful America is”; in other words, he was not all too impressed.

At the end of the tour, the American Federation of Musicians denied the Kinks permits to perform in the US for four years, so they indeed found out just how powerful America was.[1]

The idiosyncratic Icelandic singer Bjork found herself on the receiving end of a ban from performing in China after an unfortunate gig back in 2008.

After the controversial occupation of Tibet by China in the 1950s, Bjork took it upon herself to protest what she perceived to be wrong by saying “Tibet! Tibet!” during her performance of her song “Declare Independence” in Shanghai. But lo and behold, Chinese government officials do not take too kindly to performers who “threaten national unity,” and Bjork’s outburst led to a widespread purge of artists who want to follow in her footsteps.

Performers who wish to play in China are now rigorously vetted for any involvement in “activities which threaten national sovereignty” before they are allowed to play.[2] Perhaps it was a little insensitive to make a political statement at a music concert, but either way, you will not be seeing Bjork perform in China anytime soon. 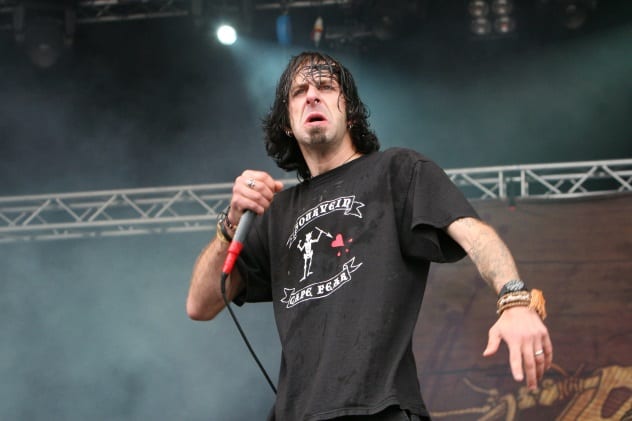 Citizens of Malaysia were denied the pleasures of heavy metal band Lamb of God in 2013 after their songs came under scrutiny from government officials, who perceived them as “blasphemous.”

Lamb of God have been known to use excerpts from the Quran within their music, albeit for artistic purposes. However, in a country which that has a government-led department of “Islamic development,” using extracts from the Quran mixed with heavy metal music is never going to end well.

The Malaysian government feared that Lamb of God might have a detrimental impact on its Muslim citizens and that they did not align with Malaysia’s cultural and religious values. Despite Lamb of God’s objection to the ban as being a misinterpretation of the intended meanings behind their songs, they were not allowed to play the show in Malaysia, despite having already sold tickets for the performance.[3] 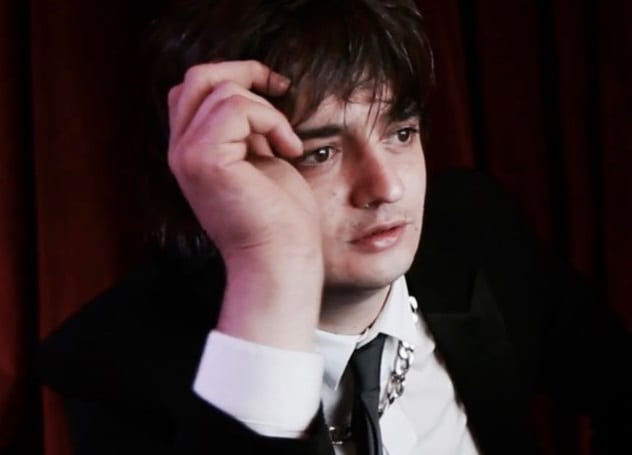 Pete Doherty has consistently been in the firing line of the UK media for his widely documented drug abuse, but in 2010, his drug use caught up with him in the US as well. No, it was not withdrawal that caught up with him; he was just banned from entering the country.

Doherty was scheduled to play a set with John Lennon’s son, Sean Lennon, for the magazine launch of Corduroy, but he did not make it past JFK airport in New York.[4] Unfortunately for the ex-Libertines front man, Doherty has never quite escaped his reputation as a drug user throughout his quite successful career. So with a few racked-up drug charges throughout his checkered past, US immigration customs officials sent him right back to London.

Essentially, because of Doherty’s prior drug convictions, he is banned from the US and therefore banned from playing there. The US will just have to manage without him. 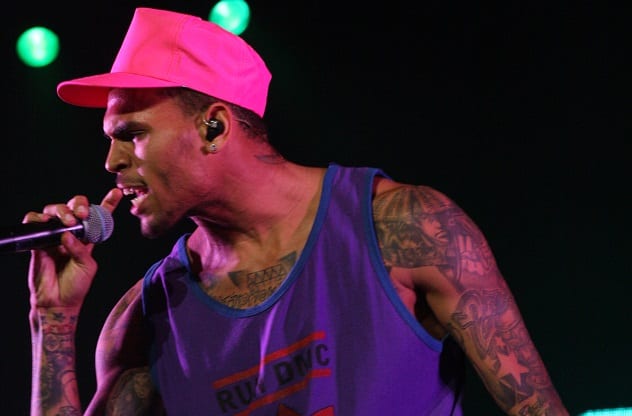 Despite now being somewhat infamous, R&B pop singer Chris Brown still garners commercial success with his music. However, his success cannot be fully realized in the UK because, for better or worse, he is banned from entering.

After Chris Brown’s assault on ex-girlfriend and pop singer Rihanna back in 2009, he was arrested and sentenced to community service. The next year, Brown was set to embark on a tour across the UK, but it was just too soon to let bygones be bygones for the UK government. In fact, he was actually refused permission by the UK home office due to being guilty of a serious criminal offense.[5] Chris Brown’s arrest for his assault on Rihanna directly led to his banning from the UK and, indeed, the cancellations of his UK tour dates.

Chris Brown has since toured in 2018, but any dates outside of North America were noticeably absent. 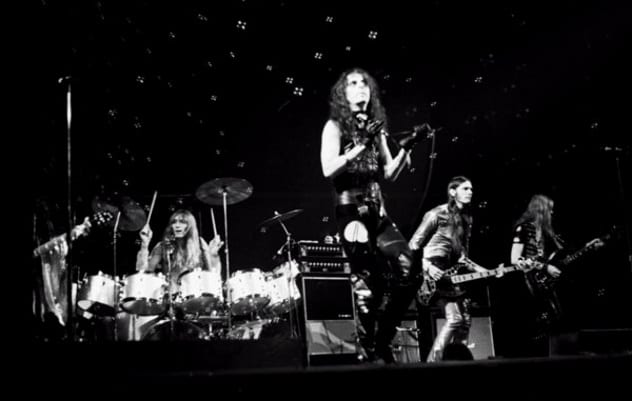 In 1975, rock legend and scourge among the snake world Alice Cooper was banned from playing in Australia on his Nightmare tour. Australia’s government labor and immigration minister outright refused Cooper’s entry into the country, so the Australian shows were cancelled.

Alice Cooper concerts are famed for their grisly theatrics, featuring things like guillotines, gallows, and lots of blood . . . fake blood, of course. This was all too much for Australia’s immigration officer in 1975, who accused Cooper of being “a degenerate who could powerfully influence the young and weak-minded” with his “sort of exhibition.” Cooper’s ban from Australia seemed to irk him because he used the bloody plays of Shakespeare to defend himself, saying that they’re equally violent yet are canon in school education.[6]

Alice Cooper went on to tour Australia in later years, so perhaps the once-queasy immigration officer has since resigned. 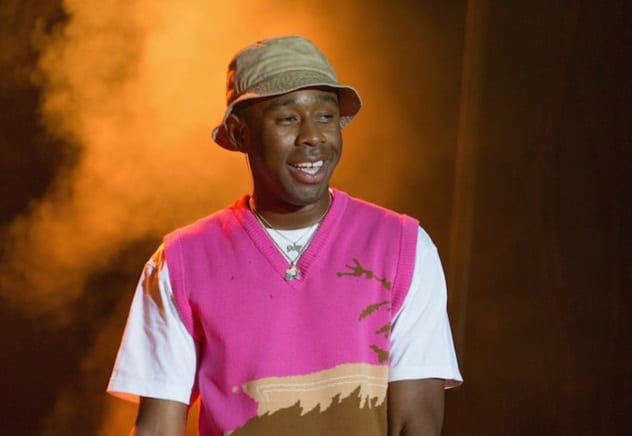 In 2015 Tyler, the Creator, was ready to perform on the UK festival circuit, but on trying to enter, he was denied. It was not specifically Tyler who confirmed the UK home secretary’s refusal to let him enter but, in fact, his rapper alter ego. If that sounds silly to you, it’s because it is.

Then-Home Secretary Theresa May ordained Tyler’s dismissal on the grounds that his presence in the UK “would not be conducive to the public good.” Tyler was given a list of documents that gave reasons for his ban, citing songs he had released in 2009 from Bastard and Goblin. The songs were deemed a glamorization of rape and violence despite the UK government stating that it was known they were from the perspective of an alter ego.

Surprisingly, the guidelines used to dismiss Tyler from the UK were the same used when preventing suspected terrorists from entering. Tyler was given a three- to five-year ban from the UK and was sent back to the US.[7] 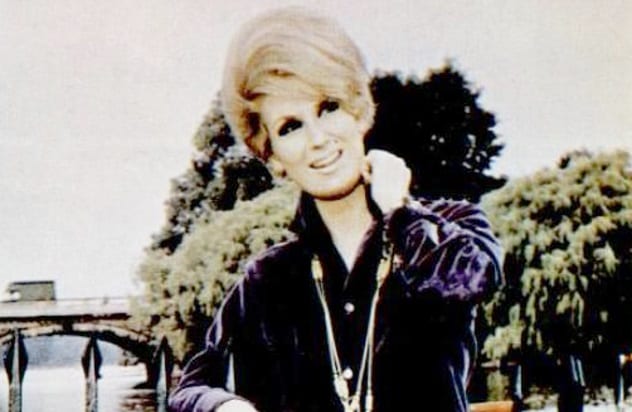 Dusty Springfield’s 1964 tour of South Africa met with a swift and unfortunate end, leading to her being banned from playing the rest of the tour. The apartheid-era South African government took issue with Springfield’s breach of their racial segregation laws and deported her.

Dusty Springfield was the first British artist who included a “no apartheid” clause in her contract for a South African music tour. However, the clause mattered little because after she’d played two performances in Johannesburg to a nonsegregated audience, government officials caught wind of her rebellious actions. When Springfield reached her Cape Town tour dates, she was escorted by the police back to her hotel and was deported after three days. Springfield was banned from the country for “blatantly flouting apartheid laws,” actions which were deemed “a red rag to the government.”

Springfield’s point of principle was one of the first to spark a cultural boycott of apartheid-era South Africa.[8] 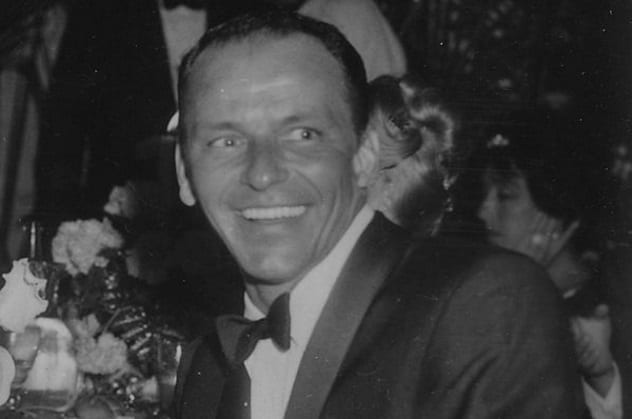 Frank Sinatra played a string of music performances in Mexico during the early 1960s. However, with no small degree of irony, he was banned from entering the country in 1966. In other words, he could no longer play South of the Border.

Sinatra starred alongside Deborah Kerr in the 1965 film Marriage on the Rocks, in which the lead married couple get divorced by mistake in Mexico. The film was perceived by the Mexican government as offensive because the country was displayed as a place people could get “quickie” marriages and divorces. Marriage on the Rocks was also deemed offensive for its portrayal of Mexican officials, which was viewed as detrimental to Mexico’s “national dignity.”

The film was promptly banned in Mexico, and even Sinatra’s songs were pulled from the Mexican airwaves. However, the Mexican government took it one step further and actually barred Sinatra from entering the country.[9] 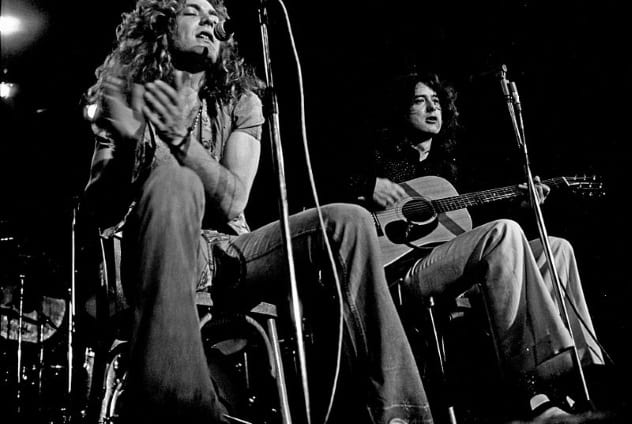 In the 1970s, Singapore’s government launched a campaign called “Operation Snip Snip” that essentially forced any man with long hair to get a haircut before they were allowed to enter the country. There was actually a barbershop at one of the checkpoints on the border between Malaysia and Singapore—we should all take a minute to let that sink in.

Oh, the perils of men with long hair. Essentially, the Singapore government associated men with long hair with the burgeoning Western hippie movement of the 1960s and 1970s that, in their opinion, promoted a lazy lifestyle closely related to drug abuse.[10]

If you are not aware, in the 1970s, Led Zeppelin was made up of four male archetypal 1970s rockers, which meant that they all had extremely long hair. Led Zeppelin probably all did drugs as well, but that is not the point here. Operation Snip Snip meant that Led Zeppelin had to cancel their Singapore tour dates in 1972 because they did want to cut their hair at the border.

Read about more bans from the world of music on 10 Songs That Were Once Surprisingly Banned and 10 Banned Controversial Album Covers.