The 1970s had a plethora of good sci-fi films amid the schlock. But because the number of good movies keeps increasing the closer we get to the present day, I’ve limited my subsequent lists to 15 AND omitted fantasy movies. Fantasy deserves its own lists. I was going to do this ‘70s list in chronological order, but that’s not as much fun. Do you agree or disagree with my ordering of 1, 2 and 3? I expect I’ll have more disagreements from here on in, which is half the fun. Enjoy!

Five notable omissions are: 1978’s The Boys from Brazil, 1978’s Capricorn One, 1975’s Rollerball, 1972’s Silent Running and 1979’s The Black Hole. Philip K. Dick called The Black Hole “crap,” and he was right, but if certain stupid things had been eliminated, it could have been a much better film. The Black Hole starts great but disintegrates during the ludicrous third act. And sorry, I think Soylent Green is stupid, which is why it’s not on the list. When what’s supposed to be a movie’s “shocking” ending instead becomes an enduring derisive punch line, you don’t exactly have a “great” movie. 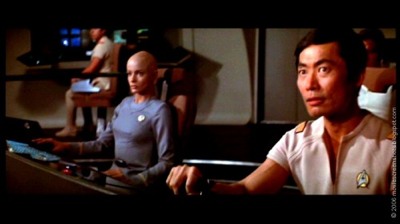 I almost left this one off in favor of one of the notable omissions, but decided that it still holds up well. Some may criticize this as boring and even predictable, but consider the fact that this film adheres closer to the Trek mission of “boldly going” than the other eight Trek films to date. (And yes, I include the hokey Star Trek IV.) 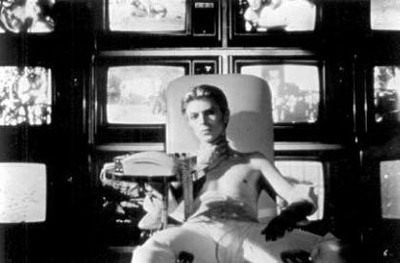 A strange movie from a strange decade made from a strange Walter Tevis novel, Man Who Fell to Earth features David Bowie as an alien visitor to Earth. Thomas Jerome Newton is a humanoid alien who comes to Earth to get water for his dying planet. He starts a high technology company to get the billions of dollars he needs to build a return spacecraft, and meets Mary-Lou, a girl who falls in love with him. He does not count on the greed and ruthlessness of business here on Earth, however. 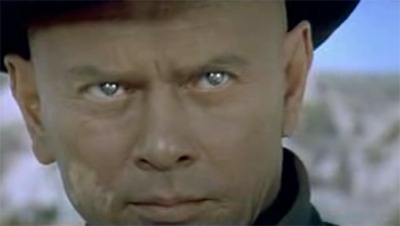 Westworld is a place I would like to visit—until the robotic Yul Brenner gunslinger malfunctions, that is. (Superior to the boring Peter Fonda follow-up, Futureworld.) Peter Martin and John Blane decide to take a holiday in a high tech amusement park, Westworld. Here they get to play cowboys – saloon brawls, saloon girls and quick draws against the town’s gunslinger – with lifelike robots. All is well for the first few days but when the park’s central computer malfunctions, the built-in safety features are turned off and the robots begin to attack the guests. The gunslinger in particular seems indestructible and relentlessly pursues his prey. 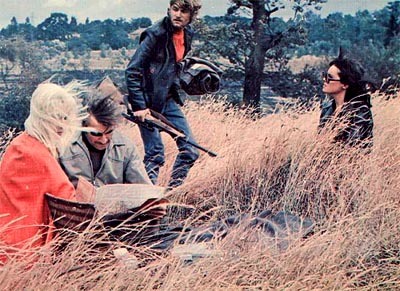 This bleak British apocalyptic thriller is a well-made, if sometimes baffling, movie that depicts the aftermath of a disease that kills all forms of grass. A British man leads his family through humanity’s detritus to the supposed safety of his brother’s farm. 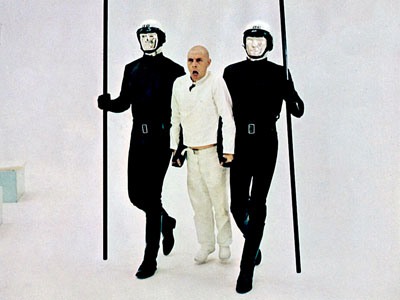 George Lucas’ first sci-fi theatrical foray remains one of his best works—and one of the stranger roles for Robert Duvall. George Lucas adapted this, his first film, from a short he made at University. THX 1138, LUH 3417, and SEN 5241 attempt to escape from a futuristic society located beneath the surface of the Earth. The society has outlawed sex, with drugs used to control the people. THX 1138 stops taking the drugs, and gets LUH 3417 pregnant. They are both thrown in jail where they meet SEN 5241 and start to plan their escape. 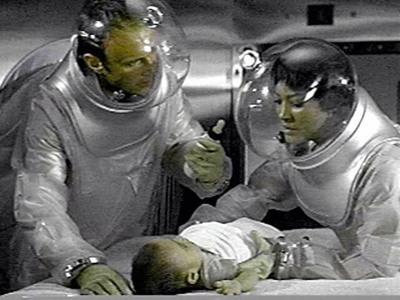 This silver-screen adaptation of the Michael Crichton novel is superior to the overblown 2008 A&E miniseries. When the capsule of the Scoop Mission returns to Earth and lands in the small town of Piedmont, it brings a mutant living being and all the population, except a crying baby and an old man with ulcer, dies with clotted blood. A team of five scientists – the leader Dr. Jeremy Stone, Dr. Charles Dutton, Dr. Mark Hall, Dr. Ruth Leavitt and Dr. Kirkie – are summoned and gathered together in the top secret Wildfire facility. Fighting against time, they try to understand the reason why the old man and the baby survived and research an antidote to Andromeda, the ultimate biological weapon.

A fun and disturbing movie, Logan’s Run was the last of the great pre-Star Wars sci-fi movies. Everyone dies at age 30—or else. The movie is far different than the original novel, which is worth a read. Logan, a Sandman (police assassin), is forced to search for “Sanctuary” – a place to which people have apparently escaped from the sealed city of the future in which he lives. Jessica is caught up along the way and becomes his companion fugitive as they are both pursued by Francis, a fellow Sandman. Sanctuary is not what they expect. 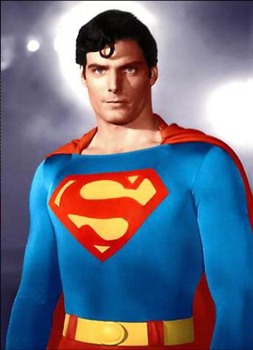 It’s still the best of the Superman movies, but truth be told, I much prefer the Man of Steel as presented in Superman: The Animated Series and Justice League cartoons. I hated all of the sequels, especially Superman II, which could have been a much better film. (Family Guy really nailed Superman II with the parody of the stupid scene where Superman throws his “S” shield at one of the bad guys.) Nevertheless, 1978’s Superman holds up well until the silly cop-out ending.

7
Invasion of the Body Snatchers
1978

This rendition of Body Snatchers remains the best, if for nothing else than Donald Sutherland’s scream at the end. Besides, you gotta just love the cool threads that hipster pop psychologist Leonard Nimoy wears. The first remake of the paranoid infiltration classic moves the setting for the invasion from a small town to the city of San Fransisco and starts as Matthew Bennell notices that several of his friends are complaining that their close relatives are in some way different. When questioned later they themselves seem changed as they deny everything or make lame excuses. As the invaders increase in number they become more open and Bennell, who has by now witnessed an attempted “replacement” realizes that he and his friends must escape or suffer the same fate. But who can he trust to help him and who has already been snatched? 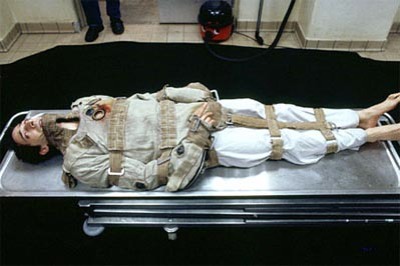 A terrific film adaptation of the Kurt Vonnegut novel, Slaughterhouse Five’s protagonist gets “unstuck” in time and lives his life in random order. “Listen: Billie Pilgrim has come unstuck in time.” The opening words of the famous novel are the quickest summary of this haunting, funny film. Director Hill faithfully renders for the screen Vonnegut’s obsessive story of Pilgrim, who survives the 1945 firebombing of Dresden, then lives simultaneously in his past as a young American POW, in the future as a well-cared-for resident of a zoo on the planet Tralfamadore, and in the present as a middle-aged optometrist in Ilium, N.Y. 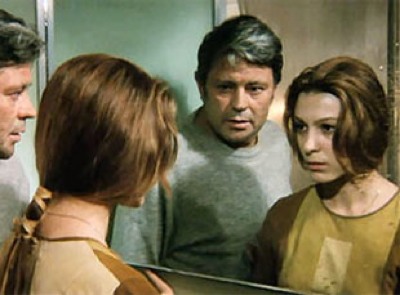 This fascinating Russian psychodrama explores the mental breakdown of a science crew orbiting a study world (called Solaris). It’s widely hailed as a sci-fi masterpiece. The Solaris mission has established a base on a planet that appears to host some kind of intelligence, but the details are hazy and very secret. After the mysterious demise of one of the three scientists on the base, the main character is sent out to replace him. He finds the station run-down and the two remaining scientists cold and secretive. When he also encounters his wife who has been dead for seven years, he begins to appreciate the baffling nature of the alien intelligence. 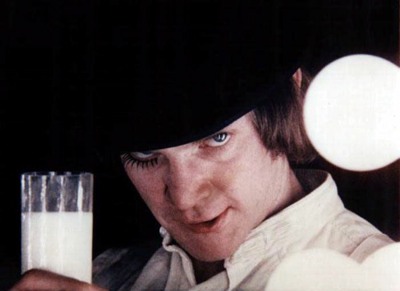 One of the most disturbing movies ever made, A Clockwork Orange is not easy to watch—especially the rape scene. (This caustic social commentary/satire is considered sci-fi because it takes place in a dystopian England, in case you’re wondering.) In a futuristic Britain, a gang of teenagers go on the rampage every night, beating and raping helpless victims. After one of the boys quells an uprising in the gang, they knock him out and leave him for the police to find. He agrees to try “aversion therapy” to shorten his jail sentence. When he is eventually let out, he hates violence, but the rest of his gang members are still after him. 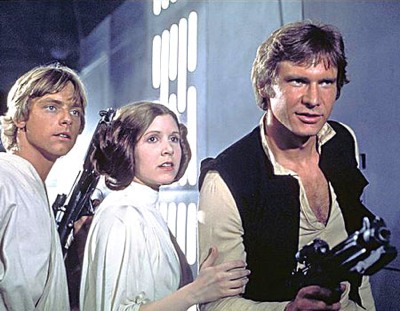 Does anything really need to be said here? OK: Yes, it’s terrific fun, and one of the greatest cinematic feats of all time. But the Death Star-sized plot holes keep it from being greater than the next two. (And Empire is better.)

2
Close Encounters of the Third Kind
1977 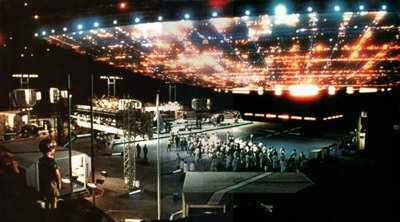 A work of art and a fascinating story, Close Encounters is one of the greatest movies ever made of any genre. One of my favorite aspects of this film is that it’s multi-lingual: one of the main protagonists, the French scientist, rarely speaks in English, and he’s never subtitled, either. I went back and forth on whether this should be number one: Should “nice” aliens or “deadly” aliens get my top slot? In the end, I went with “deadly.” 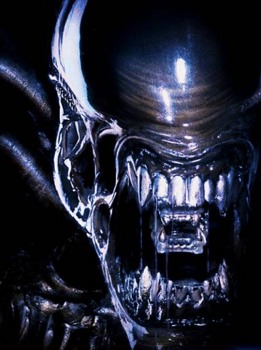 The story of how this movie came to be made is intriguing in its own right. Alien is as much horror as it is sci-fi, and it’s still terrifying almost 30 years later. The whole atmosphere on the Nostromo is claustrophobic, quite unlike the bright and cheery corridors of Star Trek vessels. The best aspects of the movie are the fact that we never really know much about the “space jockey” and that we rarely see the alien in full until the very end.

Sources: Some synopses courtesy of IMDB, the Internet Movie Database