I have to confess that while I don’t watch television much these days, as a kid I adored the cartoons of Hanna-Barbera. They were always colorful and fun, and I have many happy memories of early weekend mornings in front of the tele before rushing off to play for the day. These cartoons are not full of skimpily clad girls with attitudes that would make an adult blush (as so many are today) – they are from the good old days of innocent entertainment. This broad selection covers some of my favorites, and definitely the top of the pick. I hope this list as fun a trip down memory lane for you all as it was for me. 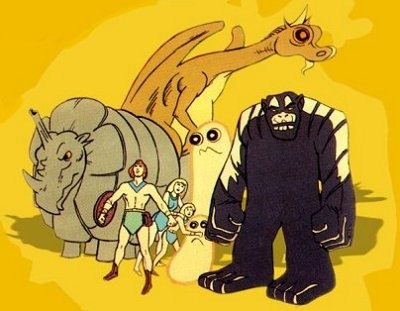 Together, the Herculoids battled to defend their planet from menaces on Quasar and from Outer Space. All of the Herculoids displayed Human-level intelligence, and Zandor & Tarra displayed a working knowledge of complex alien technologies as well as the ability to pilot interstellar spacecraft. Although the “speech” of their companions was limited and repetitive, Zandor, Tarra and Dorno (c.f.The Mutoids: “Gleep says that the aliens who landed are attacking Dorno and Tundro.”) demonstrated that Gloop & Gleep, at least, had a comprehensive mode of communication, and that they could at least understand and interpret the “language”. In reality, the voices were brief tracks supplied by two actors and reused throughout the series, in keeping with Hanna-Barbera’s thrifty ethos. Quick Draw McGraw is the anthropomorphic cartoon horse, the third cartoon television production created by Hanna-Barbera following their success with The Ruff & Reddy Show and The Huckleberry Hound Show. It debuted in 1959. Quick Draw was usually depicted as a sheriff in these short films set in the American Old West. Each episode was approximately six minutes long; this allowed four episodes per half-hour program with commercial advertisements in between. Quick Draw was often accompanied by his deputy, a Mexican burro called Baba Looey, who spoke English with a Mexican accent. Quick Draw satirized the westerns that were popular among the American public at the time. His character was well-intentioned, but somewhat dim. 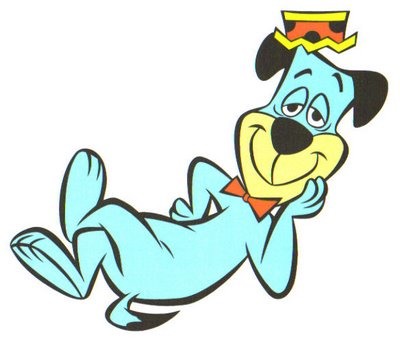 One of the very first HB cartoons, beginning in 1958, and lasting 69 episodes. The Huckleberry Hound Show was probably the series that truly made Hanna-Barbera a household name, and is often credited with legitimizing the concept of animation produced specifically for television; it won an Emmy award in 1961. Three segments were included in the program: one featuring Huckleberry Hound; Yogi Bear and his sidekick Boo Boo; and Pixie and Dixie, two mice who in each short found a new way to outwit the cat Mr. Jinks. 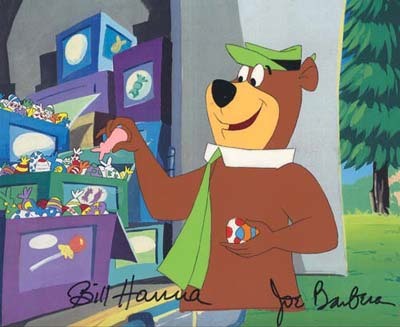 Yogi Bear made his debut in 1958 as a supporting character in The Huckleberry Hound Show. He was the first break-out character created by Hanna-Barbera Studios, and was eventually more popular than Huckleberry Hound. In 1961 he was given his own show, The Yogi Bear Show, which also included the segments Snagglepuss and Yakky Doodle. Yogi was one of several Hanna-Barbera characters to have a collar, which allowed the body to be kept static and to redraw just the head in each frame when he was speaking, thus reducing the number of drawings needed for a seven-minute cartoon from 14,000 to around 2,000. Jonny Quest was about a boy who accompanies his father on extraordinary adventures. It featured more realistic violence than earlier Hanna-Barbera programs, adding suspense and impact to the show. This, the first of several Hanna-Barbera action-based adventure shows, ran on ABC in prime time for one season in 1964–1965. The series was inspired by the James Bond film Dr. No, and its visual style was unusual for its time, combining a fairly realistic depiction of human figures and objects with fairly limited animation techniques. The series made heavy use of rich music scores, offscreen impacts with sound effects, reaction shots, cycling animations, cutaways, scene to scene dissolves, and abbreviated dialogue to move the story forward, without requiring extensive original animation of figures. 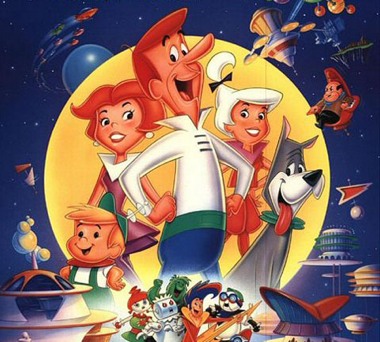 The Jetsons originally ran on Sunday nights on ABC from September 23, 1962 to March 3, 1963. It was Hanna-Barbera’s space age counterpart to The Flintstones. A half-hour family sitcom projecting contemporary American culture and lifestyle into another time period. The Jetsons live in a futuristic utopia of elaborate robotic contraptions, aliens, holograms, and whimsical inventions. George Jetson (the father) works 3 hours a day and 3 days a week for his short, tyrannical boss named Mr. Cosmo Spacely, owner of the company Spacely Space Sprockets. Typical episodes involve Mr. Spacely firing and rehiring or promoting and demoting George Jetson. 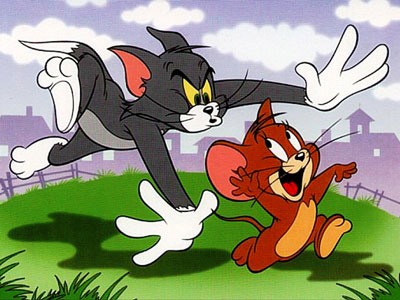 Tom and Jerry centered on a never-ending rivalry between a housecat (Tom) and a mouse (Jerry) whose chases and battles often involved comic violence. Hanna and Barbera ultimately wrote and directed one hundred and fourteen Tom and Jerry cartoons at the MGM cartoon studio in Hollywood, California between 1940 and 1957, when the animation unit was closed. The original series is notable for having won the Academy Awards for Best Short Subject (Cartoons) seven times. Throughout the years, the term and title Tom and Jerry became practically synonymous with never-ending rivalry, as much as the related “cat and mouse fight” metaphor has.

3
Scooby-Doo, Where Are You! Scooby-Doo, Where Are You! is the first incarnation of the long-running Hanna-Barbera Saturday morning cartoon Scooby-Doo. It premiered on September 13, 1969 at 10:30 a.m. EST and ran for two seasons on CBS as a half-hour long show. Scooby-Doo, Where Are You! was a breakaway hit for Hanna-Barbera and CBS, who quickly introduced similar cartoons to accompany Scooby-Doo: Josie and the Pussycats, The Pebbles and Bamm-Bamm Show, The Funky Phantom, Speed Buggy, Jabberjaw, and Captain Caveman and the Teen Angels. From episode to episode, the plot varied very little – with the “gang” breaking down near a haunted building, trying to find clues, eventually solving the puzzle, and heading off again. Despite this, the show was immensely popular – and beyond any doubt greater than the future series which included the annoying Scrappy Doo (Scooby’s nephew). 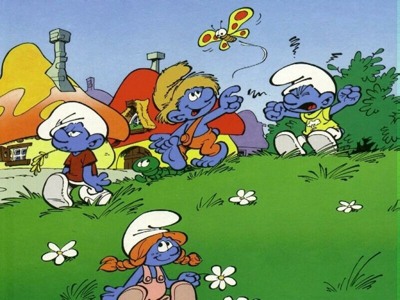 The Smurfs is a American cartoon series that aired on NBC from 1981 to 1990. Made by Hanna-Barbera, it is based on the Belgian comic series The Smurfs, created by Peyo, and aired for 256 episodes, with a total of 421 stories. The show became a major success for NBC, spawning spin-off television specials on an almost yearly basis. The Smurfs was nominated multiple times for Daytime Emmy awards, and won Outstanding Children’s Entertainment Series in 1982–1983. The Smurfs television show enjoyed continued success until 1990, when, after a decade of success, NBC cancelled it due to decreasing ratings. The Flintstones is about a working class Stone Age man’s life with his family and his next door neighbor and best friend. This show played like a prehistoric Honeymooners and its popularity rested heavily on its consistently entertaining juxtaposition of modern-day concerns in the Stone Age setting. The first prime-time animated series geared for adults, the show originally aired from 1960 to 1966 on the ABC network. The show is an allegory to American society of the mid-20th century; in the Flintstones’ fantasy version of the past, dinosaurs, saber-toothed tigers, woolly mammoths, and other long extinct animals co-exist with barefoot cavemen, who use technology very similar to that of the mid-20th century, although made entirely from pre-industrial materials and largely powered through the use of various animals.