X-Ray photography has had an enormous impact on the quality of health-care that we receive in modern days. There is no doubt that it makes surgeries for the removal of foreign objects much easier (in the old days Doctors would have to cut and hope for the best). This list includes 10 of the most unfortunate accidents caught on X-Ray film. Warning: some images are very disturbing. 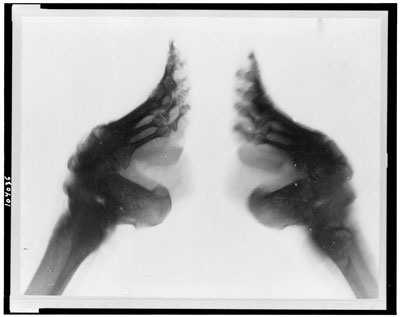 This is a Chinese woman with bound feet. You can read more about bound feet on this list. 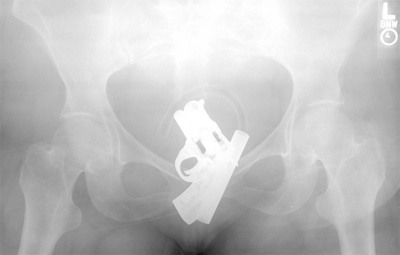 Is that a gun in your vagina or are you just happy to see me? Actually, that’s a gun-shaped lighter and a glass crack pipe. 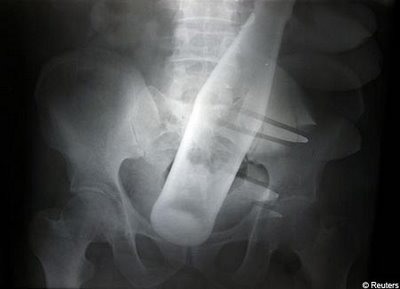 60 year old man with a bottle up his butt; it was forcibly inserted by thieves. 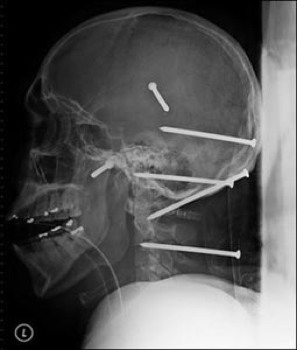 A rather unfortunate nailgun accident. 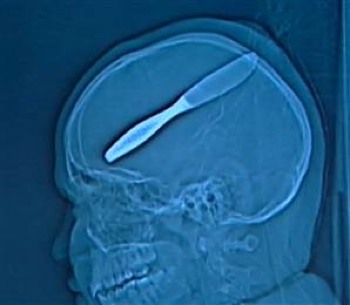 This is an eleven year old boy with a butter knife lodged in his head. 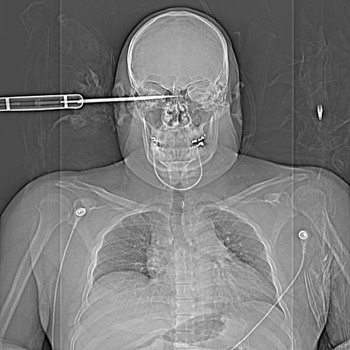 United States Army Sgt.stabbed in the head by an insurgent on the streets of East Baghdad. 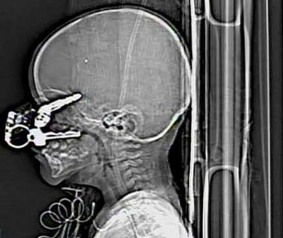 This is a 17 month old baby that fell on a set of carkeys. 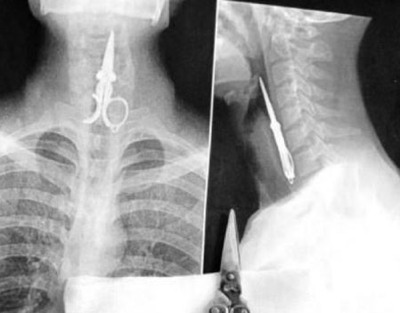 A pair of scissors caught in a man’s throat. I don’t even want to begin to imagine how they ended up there. 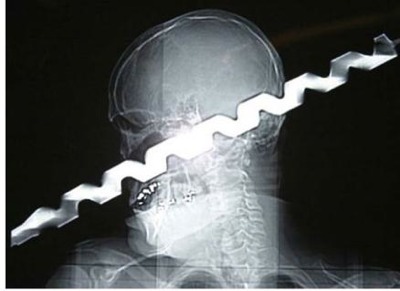 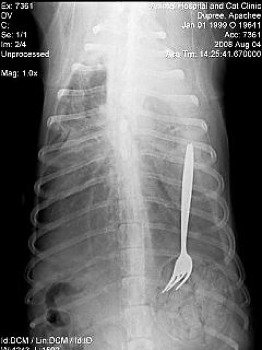 A dog in North Carolina that swallowed a fork