Technology is all around us – it has now become an integral (some might even say essential) part of our daily lives. With the complexity of technology comes a huge assortment of misconceptions and misunderstandings. This list looks at ten of the most common and dispels them. If you think of others that you feel ought to be here, mention them in the comments. 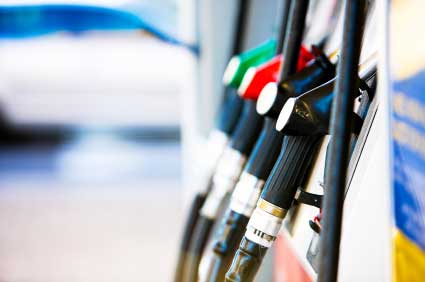 Misconception: It is dangerous to use a cellphone at a gas station

This misconception came about due to a bunch of emails being spread around the Internet describing cases of explosions caused by cellphone use. The emails were purported to have been sent by Shell Oil. When questioned, Shell denied sending the emails. Furthermore, not only has there never been a case of a cellphone causing an explosion at a gas station, no one has been able to prove that it is even possible in scientific testing. According to Snopes: “News reports routinely attribute gas pump fires to cell phone use whenever a fire occurs at a service station where such a phone was in use at the time, and police and firefighters at the scene often simply assume the connection between the two to be valid.” Despite this complete lack of evidence of likelihood of accident, Australia and New Zealand both display signs at gas stations telling people to turn off cellphones and the city of Cicero in Illinois has made the use of cellphones at gas stations illegal. Read the full Snopes article here. 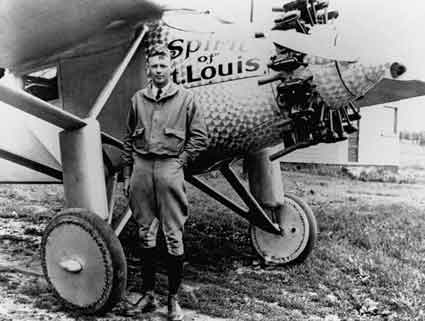 Misconception: Charles Lindbergh was the first man to fly the Atlantic Ocean

Charles Lindbergh was not the first man to fly the Atlantic Ocean, although he was the first to have flown across it solo. The first flight had been done first in stages between May 8 and May 31, 1919, by the crew of the Navy-Curtiss NC-4 flying boat which took 24 days to complete its journey. The first truly non-stop transatlantic flight was made in 1919 by John Alcock and Arthur Whitten Brown in a modified Vickers Vimy bomber. 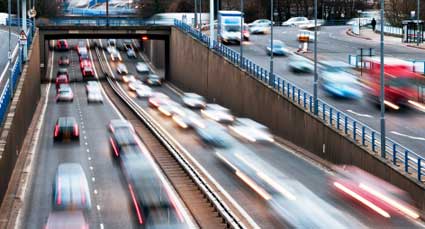 Misconception: The US Highway system was designed to allow planes to land in emergencies

The United States Interstate Highway System was not designed with airplane landings in mind. A common urban legend states that one out of every five (or ten) miles of highway must be straight and flat to allow emergency (or military) airplane landings, but this is not the case. However, several parts of the German and later the Swiss Autobahn system were indeed designed to be auxiliary military airports, both during World War II and the Cold War. [Source] 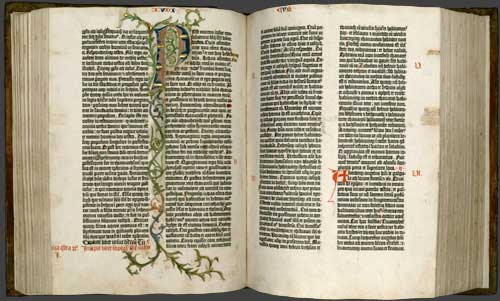 Johannes Gutenberg was not the first to invent the printing press or movable type; these were in use in China and Korea centuries before. Gutenberg was the first European to use movable type, and he probably invented it independently; the printing press did have a larger influence on Western than on Eastern culture. Another misconception about Gutenberg is that the first thing he printed was the Latin Vulgate (known as the Gutenberg Bible). Gutenberg’s Bible was printed in Latin because he believed it would be more widely accessible to the common people. But prior to the Bible, he had printed a number of Catholic Church documents and papal letters. [Source] 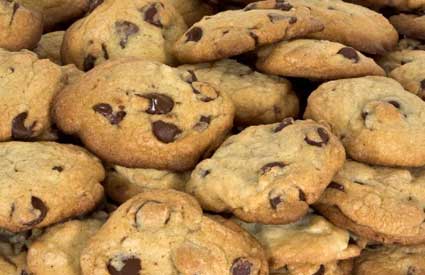 Misconception: Web cookies are dangerous and should be avoided

In fact, cookies are plain text files which a website can store on your computer with information to manage your browsing. Unless there is a security flaw in your webbrowser, cookies can not access or modify files or settings on your computer, nor can they execute code. The only thing you have to fear from web cookies is the lack of privacy regarding some of your browsing habits. In general, cookies are helpful things – for example, they can keep you logged in to your favorite websites saving you from having to enter your login data every time you visit. 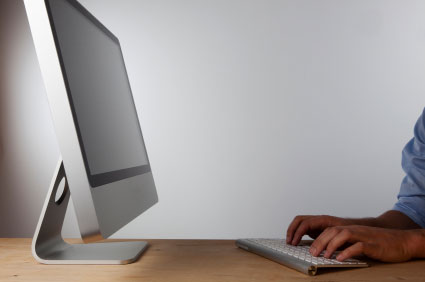 While it is true that Macs almost never get viruses, it is also true that there are some in existence. First of all there are Macro Viruses which infect Microsoft Word and Excel documents. Because Word and Excel are available for the Mac also, this means that they can be potentially harmful on Macs as well (thanks Microsoft). As of writing, Apple recognizes four possible viruses for Macs, though they are seldom seen. The reason for the low number of viruses is that the Mac operating system is based on a Unix subsystem which usually prevents the average user from running software with sufficient privileges to allow harmful software to cause damage. 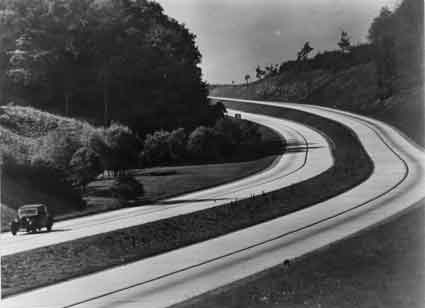 Many people believe that Hitler and the Nazis conceived of the idea of the first Autobahn (essentially a large motorway) in Germany (and the first laned free public motorway in the world). But in fact the autobahn was built in 1931 and opened by Konrad Adenauer, the Mayor of Cologne. This was two years before Hitler became Chancellor of Germany. Interestingly, however, the very first motorway (unlaned) was the pet project of a dictator: the Autostrada dei laghi was inaugaurated on the 21st of September 1924 in Milan during the rule of Benito Mussolini. 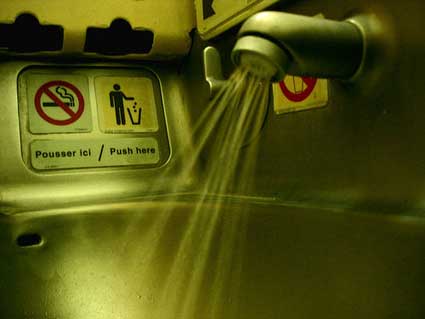 Misconception: Planes dump their toilet waste while up in the air

Not only do planes not dump their waste mid-flight, it is also impossible for them to do so short of some kind of catastrophe which causes the waste tanks to explode open (because the valve is on the outside of the plane). When toilets are used on a plane, the waste is dumped into a special tank. The waste remains in the tank until the plane lands, and then special ground crew members pump the tanks. So now you can rest safe in the knowledge that you don’t need to watch out for flying chunks of frozen poop when a plane flies over you. In case you are wondering about the sucking noise toilets on planes make, a vacuum is used to allow the toilet to be flushed with less water and because plumbing cannot rely on gravity alone in an aircraft in motion. 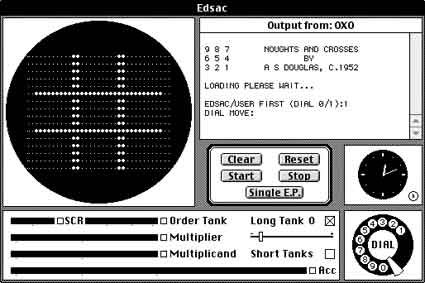 Computers are much older than many people think and when you talk about the very first game, most people tend to think of Pong. Pong was invented in 1972 by Atari and it was an arcade style game that featured two opposing paddles and a ball with which you played virtual tennis. It was the first commercially successful video game and it launched the video game industry. But… Twenty years earlier (in 1952), another game was created. It was called OXO and it was a noughts-and-crosses (tic-tac-toe) type game which was played on the EDSAC computer. It was made by Alexander Douglas for his PhD thesis at Cambridge University. It is quite astonishing to think that the very first computer game was created nearly sixty years ago! 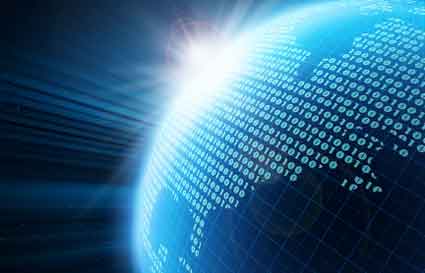 Misconception: The web is the Internet

This is a very common misconception, most likely brought about due to the fact that most people use the web as their almost exclusive method of using the Internet. But in fact, the Internet technically began to exist in the form we know it on January 1, 1983 when its predecessor (Arpanet) began using TCP/IP – the system of network communication still used today. The web was invented by an Englishman called Tim Berners-Lee in 1989. The World Wide Web is made up of servers (which serve the pages) and clients (like Firefox, Safari, and IE) which display the page. The Internet is the set of technologies beneath the web which enable the web to exist. If the Internet didn’t exist, the web would not be able to function; if the web didn’t exist, the Internet still would. Other programs that use the Internet which have nothing at all to do with the web are email, IRC (Internet Relay Chat), most internet messaging programs, newsgroups, BitTorrent, telnet, FTP, etc.