For most computer users, Windows is the only operating system (OS) they’ve ever used. In fact, most people don’t even know about other OSes at all, and that is not good. In our daily lives we always like to have a choice. Whether it’s different flavors of ice-cream or different brands and types of shirts and pants, we like to have a choice. So the question is, why not have a choice with our computers? While we all get to choose whether we want NVIDIA or ATI graphics card, most PCs come with pre-installed Windows operating system. It’s almost shoved down our throats. Where’s the choice in that?

10
Operating System or Not? 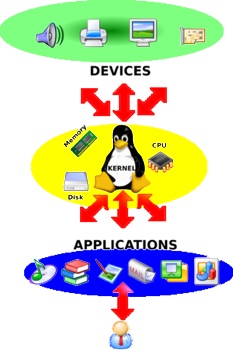 Actually – no it isn’t. Linux is an OS kernel. The kernel is the core of all operating systems, and of course Windows has one too. The quality of the kernel is vital to the running of the OS. If your kernel is slow or buggy your entire operating system will be slow and buggy. For end users like you and me, this means more crashes, Blue Screens Of Death (if you don’t know what BSOD is, you’re a lucky bastard), freezes and the most terrible consequence – data loss. There are different types of kernels out there, each with their pros and cons. For more information on them, just google “kernel”, it’s an interesting topic. 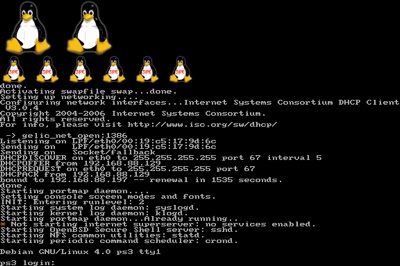 Wrong. While Linux does rely on command line utilities, it doesn’t mean you have to use them. On Linux, a GUI is only an addition to the operating system. For you, this is a good thing because you can choose between many types of “windows”, or “window managers” as they are called on Linux.

Two most popular window managers are KDE and Gnome. KDE looks similar to Windows in many ways, and it is a good choice for those who don’t want to lose their Windows look and feel. Gnome is different from Windows, and for many (including myself) in a very positive and refreshing way. But KDE and Gnome are not the only choice: Enlightenment, Metacity, IceWM, Blackbox, Window Maker, FVWM and many, many others

Also, if you’re interested in what Linux WMs can do when compared to Windows, take a look at this YouTube video which shows a small subset of available effects on Compiz Fusion window manager; Fun, isn’t it? 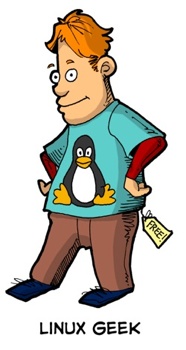 Misconception: Linux is for geeks only

Actually, I think it’s quite the opposite. Although this was true years ago, when Linux was an infant and full of pimples, it certainly isn’t like that any longer. If you take a careful look at the user interfaces of Linux and Windows, you’ll often be surprised how intuitive Linux is. As an example, I’ll just mention my wife, who is not particularly computer savvy, yet manages to use Ubuntu Linux on daily basis with no trouble at all. According to her (and I quote): “Linux is far less irritating, it doesn’t stop working for me at random like Windows does.”

Now there’s a candidate for an official Linux slogan.. :) 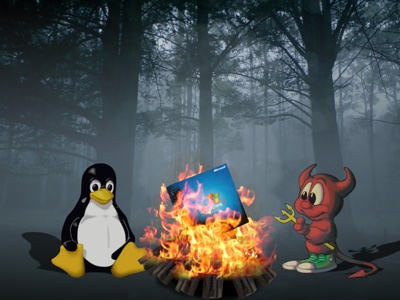 Misconception: Linux is not compatible with Windows stuff

Well, yes and no, it really depends. For most users, Linux is very much compatible. You’ll be able to read your emails, open your Office documents, view and edit your photo albums, and much more. Often with better and faster tools than you’d be able to find on Windows. Flagships of open-source software like The Gimp, Inkscape, OpenOffice and many others, can import, read and often export proprietary file formats (such as Microsoft Office documents, Photoshop PSDs etc). Often, these tools can offer you even more than those you’re used to. For example, I can export my document from OpenOffice to PDF in just one click. No custom printers installed, no “free” web converters. It’s all natively supported.

Of course, there are files which can’t be opened under Linux. You should ask yourself why. Is it Linux to blame, or the authors of that file format, which force their users to use an operating system they find suitable? Think about it. Do you really want to depend on your software vendors to be able to access your data? Or use an open-source and standardized format?

As a side note, a huge collection of open-source applications written for Linux also have a Windows version. Isn’t that neat?

If that’s not good enough for you, Linux comes with a Windows translation layer called Wine. It allows you to run Windows application on Linux. Basically, it serves as a bridge between Linux and Windows applications. For you that means not giving up your familiar Windows programs.

6
Is there anyone there? 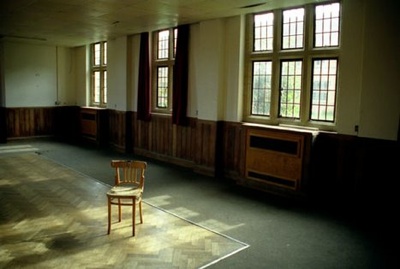 Misconception: Nobody is using Linux

Terribly, terribly wrong. The majority of the World Wide Web is standing on the shoulders of Linux and GNU software. Because Linux is modular and secure, it’s the most logical choice for a web server. Not only that, every year, more and more users recognize the advantages of using Linux,and are using it at home. Many companies and governments have switched their systems to Linux (I am looking at you, New Zealand). It’s cheap, durable and safe, and by the looks of it – it will never die. Unlike commercial operating systems, it is maintained by the community – all of us – instead of a large company. If a company declares bankruptcy and disappears from the face of the Earth, who will maintain your OS?

If you’re still not convinced, let this be a lesson to you: Listverse is written in PHP and it is hosted on an array of Linux machines. 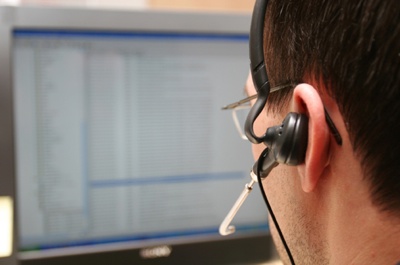 Sure it does. But unlike Windows, you have choice of paid and unpaid technical support. By unpaid technical support, I mean a large number of communities on “the Internets”, available twenty four hours a day. It is a community of enthusiasts, who love using Linux and will be more than willing to help you with your problem. If for no other reason, than to make another Linux convert! 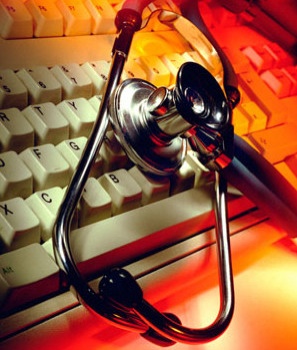 Misconception: Linux is difficult to maintain

This also might have been true many years ago. Today, Linux requires little or no maintenance at all. Unlike Windows, if you just use it, it will never break. Linux makes it very difficult for you to break it. If you have kids, cousins or grandparent who frequently mess up their Windows installation, or their PCs become virus infested – give them Linux. It will make your life easier. I have a testing machine at work, running an ancient Fedora 5 Linux and the only time it needs a reboot is when a power failure occurs. If you can call that a reboot. 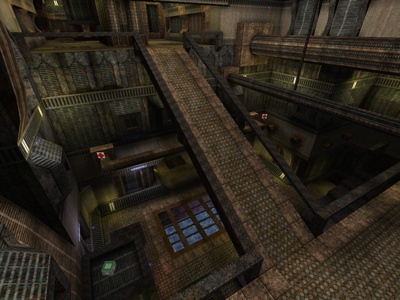 Misconception: There are no games for Linux

I partially agree with this one, but let’s be fair about it, shall we? Games have always been – and still are – a major drawback when it comes to switching to Linux. In terms of volume (and I confess, often quality too), there are a lot more games for Windows than for Linux. Only a few companies have decided to make a Linux version of their game. The famous ID Software is one of them. As well as their own Doom, Quake 3, and Quake 4, many other commercial games have been ported to Linux: Heroes of Might and Magic 3, Civilization 3, Soldier of Fortune, Tribes 2 and many others.

This is where the brave Linux community comes to save the day. There are numerous efforts towards creating truly fun and playable games – free of charge. Games like Sauerbraten (pictured above), Nexuiz, Wolfenstein: Enemy Territory, UFO: Alien Invasion and Glest are all very much free and very much playable.

Also, as mentioned above, you can run many games using the aforementioned Wine. Even the famous World Of Warcraft works on it. And if you’re really addicted, you can also pay for Cedega or CrossOver Games, commercial variants of Wine which specialize in games. 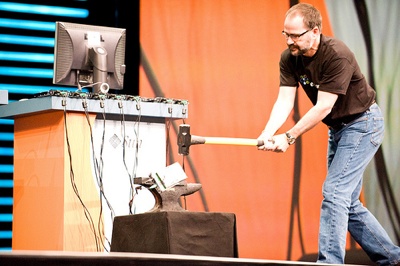 Misconception: A lot of hardware doesn’t work under Linux

Again, this was true many years ago. Today, you can install Linux on almost any machine, and it will recognize all your hardware, install the appropriate drivers and never ask you anything again. It is true that Linux has some compatibility issues with some printers, scanners and wireless cards, but it’s nothing that can’t be fixed. In fact, Linux contributors are aware of this and things are improving each and every day.

And here’s another thing: if you have sufficient knowledge, *you* can contribute a driver for your device. If you’re missing a feature, or don’t like the existing ones, you have the option of changing them yourself. Keep that in mind next time Microsoft changes the appearance of the start menu. 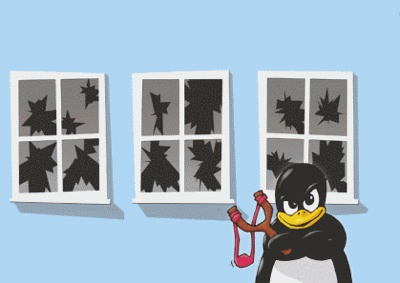 Misconception: You have to ditch Windows to use Linux

Very much not true. Many Linux distributions also offer the so called Live CD, which enables you to try Linux without the installation. Simply download, burn, reboot your PC and off you go. There are also Live USB flash drives versions. If you try it out and like it, most of those Live distributions have an option of installing Linux – alongside Windows. You can use both operating systems on a same computer with no trouble at all. Linux folks have made sure of that, because they know nobody wants to jump into the unknown.

If you don’t want that, there are always alternatives, like the the Virtual Box, which allows you to install Linux on a virtual machine inside your Windows. Also, nobody’s stopping you from running Virtual Box on Linux and running Windows inside Linux. 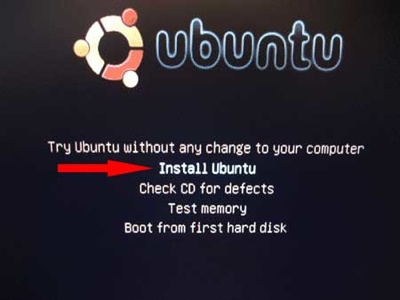 So what’s next? My recommendation is to try it out yourself. If you don’t like it, at least you tried. Good places to start would be a Linux Distribution Chooser. After that, give it a spin. My personal recommendation is Ubuntu, it is very simple and straightforward. But, if you don’t like it, there are many others to choose from and discover what suits you – not some corporate monster.