Following on from our list of the greatest and most successful military commanders, we are presenting this list of the worst. These are the incompetents, the idiots, the bumblers who have represented armies or nations at war only to lead them to defeat or shame. Feel free to mention any others you may know of in the comments. 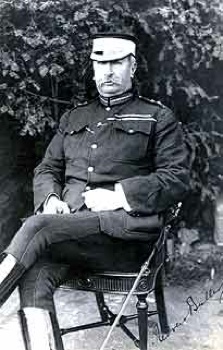 Known as “Reverse” Buller by his troops during the Second Boer War, the Englishman was first defeated at the Battle of Colenso and subsequently lost his position as overall commander. He continued on to suffer defeats at Spion Kop and Vaal Krantz, almost letting the war slip away from the British. 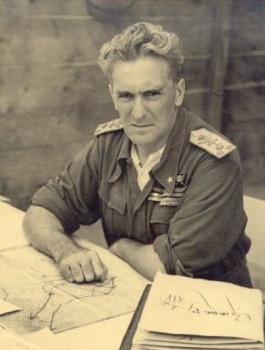 After achieving moderate success in Libya and Ethiopia, the “Butcher of Ethiopia” became Commander-in-Chief of the Italian Royal Army’s General Staff and of Italian North Africa at the start of World War II. In 1940, after increasing pressure from dictator Benito Mussolini and facing demotion, Graziani followed orders and invaded Egypt with his Tenth Army. In 1941, Graziani resigned his commission after the British counterattacked and the Tenth Army was completely defeated during Operation Compass. 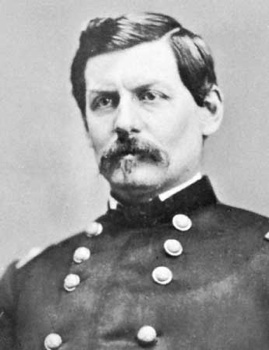 With high hopes set upon his shoulders at the beginning of the American Civil war, quickly becoming General-in-Chief of the Union Army, McClellan would earn the distinction as a general of little action. McClellan truly disappointed president Lincoln at the Battle of Antietam where the North and South would fight the bloodiest battle of the war. Despite the Union outnumbering the Confederates, McClellan was unable to crush Robert E. Lee after failing to pursue him into Virginia. McClellan was removed from command immediately after. 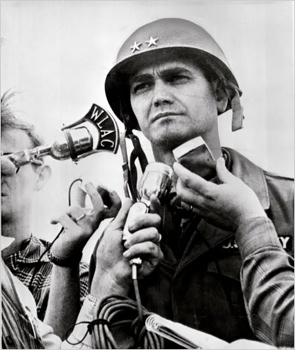 Under Westmoreland’s command, the Vietnam war began smoothly as the U.S. “won every battle.” But in 1968, when Westmoreland became Army Chief of Staff, Communist forces baited Westmoreland into committing nearly 40% of his strength to the military outpost at Khe Sanh, then attacked cities and towns throughout South Vietnam. This would be known as the Tet Offensive and would become a major turning point in the war. Westmoreland’s strategy throughout the war was to win through Attrition Warfare (pounding the enemy through greater numbers and resources) which military strategists including Sun Tzu caution against using. This strategy inevitably failed as the North Vietnamese and Viet Cong maintained control over how the war was fought which was through guerilla warfare. Westmoreland’s general mistake: severely underestimating the Communists. 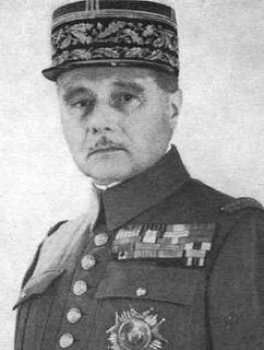 Gamelin was commander of the French forces in World War II and is largely responsible for the fall of France into German control during the Battle of France. Gamelin made the mistake of viewing the Ardennes as impenetrable and chose to defend it with ten of his weakest, least well equipped and least well trained divisions. Gamelin also chose not to disperse France’s vast number of superior tanks. Despite reports of the build-up of German forces and even knowing the date of the Germans attack, Gamelin did nothing, stating that he would “await events”. After the Germans attacked, Gamelin was eventually removed from his post, but by then it was too late. 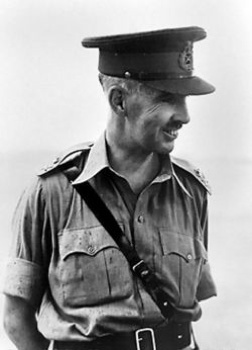 Percival was off mistreating Irish Republican Army (IRA) leaders during the Anglo-Irish War before commanding British Malaya in World War II. After only 10 weeks into the Pacific War, Percival became responsible for the largest surrender of British-led forces in history. Percival surrendered Malaya to Japanese forces in early 1942, defying Winston Churchill’s own instructions for prolonged resistance. A common view holds that 138,708 Allied personnel surrendered or were killed by fewer than 30,000 Japanese. Some historians are a little more sympathetic towards Percival’s legacy nowadays arguing that Percival had been dealt an unusually bad hand. 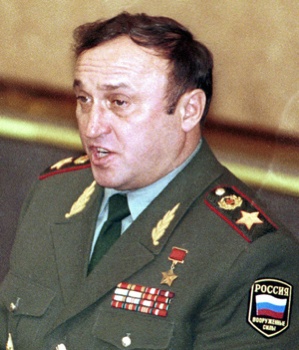 Grachev played a key role in initiating and leading the First Chechen War. He was responsible for coming up with the idea of using force to “restore constitutional order” in Chechnya. Grachev publicly promised to swiftly crush the Chechen separatist forces “in a couple of hours with a single airborne regiment.” He led the disastrous storming of Grozny while drunk after celebrating his birthday on January 1st. The initial assault resulted in very high casualties for the Russians and an almost complete breakdown of morale in the Russian forces. Grachev once said that only an “’incompetent commander’ would order tanks into the streets of central Grozny, where they would be vulnerable.” Yet near the end of the war he did exactly that. The war soon ended in a Russian defeat, with hundreds of thousands of military and civilian casualties. Grachev has also been linked to corruption among the higher ranks of the military, specifically the assassination of journalist Dmitry Kholodov. 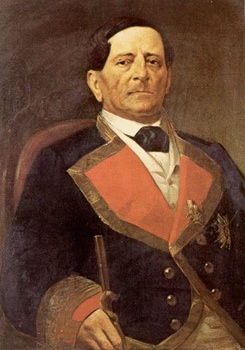 The self proclaimed “Napoleon of the West” didn’t quite leave the same legacy as his idol. After early success in the Mexican War for Independence, the rest of his career didn’t pan out the way he would have liked. Santa Anna, a lifetime gambler, was known for his risk taking in battle, but also his brutality. Soon after declaring himself dictator of Mexico, rebels who opposed the Mexican dictatorship created three new republics, one of them being the Republic of Texas. In the famous Battle of the Alamo, Santa Anna struggled to defeat about 250 Texans with 2,400 Mexicans and subsequently lost nearly 600 men. Santa Anna would lose Texas at the Battle of San Jacinto. Again fighting outnumbered Texans, this time Santa Anna would lose the battle stunningly. The Texans only suffered 2 casualties, as opposed to hundreds of Mexican casualties. Santa Anna was found wearing a private’s uniform, hiding in a marsh. 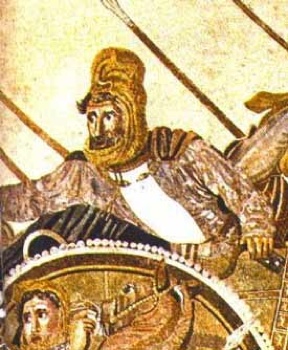 The last king of the Achaemenid Empire of Persia, Darius was not quite as qualified to rule a mighty empire as his predecessors were. In 334 BC, Alexander the Great invaded the Persian Empire. Darius never showed up for the first battle and defeat (Battle of Granicus) because he didn’t see Alexander as much of a threat to his empire. Darius did not take the field against Alexander until a year and a half after Granicus, at the Battle of Issus. His forces outnumbered Alexander’s men by at least a 2 to 1 ratio, but Darius was still outflanked, defeated and forced to flee. Darius’ family would be captured and even lost the Battle of Gaugamela, where so many factors were in his favor. Darius again was the first to flee the battle, abandoning all of his soldiers and his property to be taken by Alexander. Darius quickly lost everything and became nothing but a fugitive. He would eventually be betrayed and killed by a friend. Thus it was under Darius’ rule that the Persian Empire fell and was conquered. 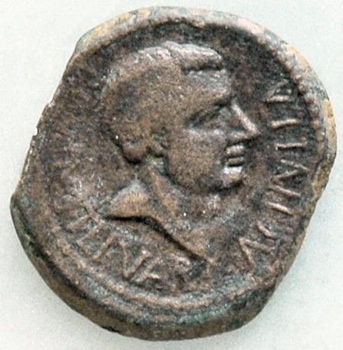 After occupying Jerusalem and crucifying 2,000 Jewish rebels in Judaea, Varus went off to govern Germania and tame barbarian tribes. Varus was stationed with three of his legions, the 17th, 18th and 19th when news arrived of a revolt growing in the Rhine area. The man who appealed for Varus’ help was Arminius, a Romanized Germanic prince. Varus’ trust in Arminius was an obvious and terrible misjudgment. Varus placed his legions in a position where their fighting strengths would be minimized and that of the Germanic Cherusci tribesman maximized. The Romans marched right into the ambush that Arminius laid thus leading to the Battle of the Teutoburg Forest. The heavily forested, swampy terrain made the Legions’ maneuvers impossible. The Germanic fighters demolished the three Roman legions. Some captured Romans were placed in wicker cages and burned alive, others were enslaved or ransomed. Germanic tribes sacrificed Roman officers on altars to their gods. Varus himself, seeing all hope was lost, committed suicide. Arminius cut off his head and sent it to another Germanic leader as a present. The Legion numbers XVII, XVIII and XIX never again appeared in the Roman Army’s order of battle due to the shame and ill luck they carried. The Battle of the Teutoburg Forest darkened Emperor Augustus’ remaining years and he was heard, upon occasion, to moan, “Quinctilius Varus, give me back my Legions!”