The following list compiles ten of the best documentary films relating to the United States, released in the last 25 years. The documentaries here are shown in no particular order. Be sure to add your own favorites to the comments.

This 9 episode epic chronicles the U.S. Civil War which took place from 1861-1865. Extremely well crafted, it includes an original theme ‘Ashokan Farewell’ that will haunt you long after the final chapter. It includes narration by some of the finest actors and academics of the last half century including Sam Waterston, Arthur Miller, and Shelby Foote. This documentary also featured on our previous list: Top 10 Greatest TV Documentary Series.

Darryl Hunt is a man from Winston-Salem, N.C. who was wrongly convicted of the rape and murder of a young white woman in 1984. A shocking indictment of the criminal justice system in the U.S., the film shows how a lack of physical evidence, faulty eyewitness testimony, and racism can overcome the search for actual truth. Did I mention he was falsely convicted…twice!

Yes, it is more propaganda by possibly the most polarizing fimmaker since Leni Riefenstahl, but Sicko hits all the right notes. Focusing on the state of the U.S. healthcare system, the film interviews former insurance claim agents, victims of insurance company negligence, and foreign healthcare workers. In the most inspired moment Mr. Moore takes uninsured Americans to Guantanamo Bay where they are refused entry, then to Cuba where they are helped free of charge.

Tony Kaye’s first film since the unrelenting American History X, Lake of Fire is a 2 1/2 hour pontification on the abortion issue in America. Interviewees include noted anarchist Noam Chomsky and lawyer Alan Dershowitz. Extremely unsettling in its portrayal of the two sides of this issue, it leads one to believe that there is no middle ground.

Full titled: “Paradise Lost (The Child Murders at Robin Hood Hills)”, Paradise Lost recounts the trials of 3 teenage boys for multiple counts of murder in Arkansas. In hoping that my less is more approach will encourage readers to watch these films, I will keep spoilers minimal as there are many twists and turns. But let it be said, a bloody knife as a gift is not normal, even in Arkansas (kidding).

Virtually the antithesis to the other noted Iraqi war documentary Farenheit 911, No End in Sight takes a more evenhanded approach at American involvement in Iraq. Legitimacy is added by the fact that many of the interviewees are former George Bush Jr. staff members who reveal the crucial initial mistakes that they and others had made. This caused what many thought would be a quick and clean military exercise into an eight years and counting war. Heartbreaking in its candor. 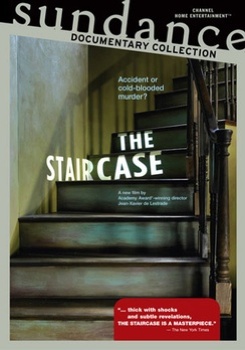 The Staircase is an eight part documentary series that began filming initially with the indictment of its protagonist Michael Peterson. He was an author living in North Carolina when his wife died of injuries related to a fall down a flight of stairs at the home. Honestly, not even the best scriptwriter could come up with the revelations that followed in the police investigation and eventual trial. If you like true crime dramas watch this film. 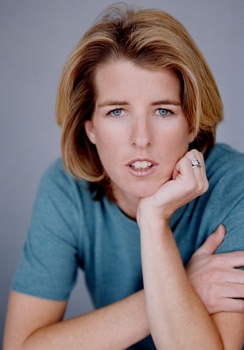 “Indian Point: Imagining the Unimaginable” is a nuclear power plant that has drawn quite a bit of attention since the 9/11 attacks due to its lack of security. There is not a ‘no-fly zone’ required for the air space above it, safety violations have been common, and the security officers are undertrained. At least it is not within spitting distance of one of the biggest cities in the world, right? Well, no. It is located just 35 miles from New York City. Fascinating. This documentary was made by Rory Kennedy (pictured above), youngest daughter of Bobby Kennedy.

Capturing the Friedmans is proof positive that truth is stranger than fiction. Simply stated, it tells the story of Great Neck, New York family man Arnold Friedman who taught computer classes in his basement to local children. After child pornography is delivered to his house during an FBI sting, he is indicted for mulitple counts of child sexual abuse. Along with The Staircase, this film causes the rug to be pulled out from beneath the viewer the most, truly amazing. One fact to note is that the director had initially planned to make a film about the relatively normal brother to Jesse and son of Arnold, David Friedman who is a clown for hire in New York City.

1
The War
Directed by Ken Burns

A true master of his craft, Ken Burns The War was his latest directorial effort. It chronicled World War II and premiered on PBS in the U.S. in 2007. Due to the enormous scope of the war, its causes, and the aftermath, the director decided to focus on segments of troops from 4 American cities and followed them to the conclusion of the war through all three major theaters. The all-star cast of narrators includes Tom Hanks, Adam Arkin, Ernie Hudson, and Keith David.