Documentaries help us gain insider knowledge and more depth in certain important social issues. They also provide new conversation fodder in our day-to-day lives. When we see scandal, corruption, evil, and injustice play out on our screens at home, we begin to feel personally involved.

The key figures in the following shocking documentaries have all been exposed in such a way that their reputations and careers have never fully recovered. On these occasions, the camera was able to capture more than the subject ever intended.

Blackfish centers around an orca named Tilikum as well as the death of a SeaWorld killer whale trainer named Dawn Brancheau, who was dragged underwater by Tilikum. This was not the first violent incident involving Tilikum, who had previously dragged a trainer underwater. Luckily, that trainer survived. In 1999, a man named Daniel P. Dukes was found dead in Tilikum’s tank under suspicious circumstances.

Blackfish claimed that Tilikum and the other killer whales held in captivity were victims of cruel circumstances. These social animals were separated from their families and placed in tanks the size of only two lengths of their bodies. The ill effects of their captivity are indicated by their drooping dorsal fins—something seen in only one percent of wild killer whales.

There was widespread anger after the documentary was released, and SeaWorld suffered a $15.9 million loss due to low audience attendance. In 2018, SeaWorld and its former CEO were also ordered to pay $5 million in fines “to settle fraud charges for misleading investors about the impact the documentary film Blackfish had on the company’s reputation and business.”[1] 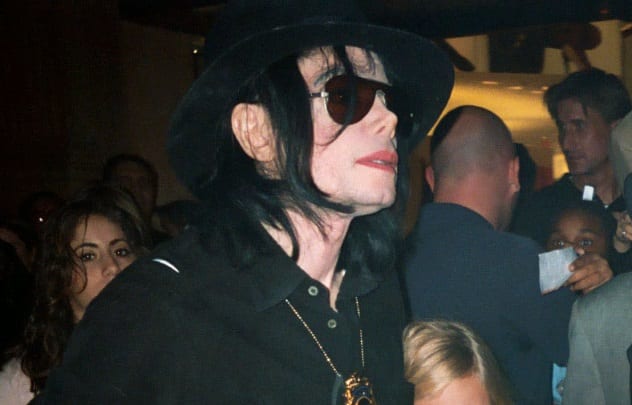 Journalist Martin Bashir had unprecedented access to Michael Jackson’s life for his fly-on-the-wall documentary Living with Michael Jackson, released in 2003. The documentary focuses on life at the Neverland Ranch, where the singer reveals that disadvantaged children are invited to sleep in his bed while he sleeps on the bedroom floor.

Bashir intended to focus on the King of Pop’s career but portrayed a very uncomfortable side to the musician instead. In one controversial scene, Jackson was seen holding hands with a 13-year-old boy on camera. Jackson made an official complaint to the independent television commission, stating he had been “unfairly treated.” He said, “Martin Bashir persuaded me to trust him. [ . . . ] Today I feel more betrayed than perhaps ever before.” He added, “Everyone who knows me will know the truth [ . . . ] that I would never harm any child.”[2]

In 2019, a new documentary titled Leaving Neverland focused on two men, Wade Robson and James Safechuck, who alleged they were sexually abused by Jackson as children. Following its release, many radio stations decided to boycott the singer’s hit songs.

8 Going Clear: Scientology And The Prison Of Belief (2015)

Going Clear: Scientology and the Prison of Belief – Official Trailer

Going Clear: Scientology and the Prison of Belief is a controversial commentary on the Church of Scientology and its founder, L. Ron Hubbard. Director Alex Gibney claims the church draws in followers for money while subjecting them to physical and psychological degradation. Also highlighted is the war between the IRS and the church, which is exempt from paying any taxes on the basis of religion.

According to a former church spokesman, Tom Cruise’s ex-wife Nicole Kidman was deemed a “potential trouble source” because her father was a psychologist—a profession that Scientology is against. The documentary alleges that Kidman’s phone was tapped, and Cruise had to report daily on his relationship status. Actor John Travolta was also labeled as a key figure for the brainwashing cult in the stunning expose.

Lawrence Wright, who wrote the book that led to the film, said, “[The church] always wanted celebrities who could sell Scientology. [ . . . ] We hold people like Tom Cruise and John Travolta and others responsible for not demanding change inside that church.”[3]

The docuseries Surviving R. Kelly caused such public outcry that record label RCA, which is owned by Sony Music, cut all ties with R. Kelly. They removed his name from their website following an online petition which gained more than 110,000 signatures.

The singer-songwriter, real name Robert Kelly, reportedly married singer Aaliyah in 1994 and falsified the records to make her appear 18 years old when she was just 15 at the time. The brief marriage was later annulled. Kelly’s former personal assistant revealed, “I had papers forged for them when Aaliyah was underage. It was just a quick little ceremony. She didn’t have on a white dress. He didn’t have on a tux. Just everyday wear. She looked worried and scared.”[4]

According to his former victims and their families, Kelly abused and manipulated dozens of young women and girls over the years. His former backing singer, Jovante Cunningham, stated, “He destroyed a lot of people. I can’t stress to you enough how people are still suffering behind things that went on 20 years ago.”

Former district attorney Ken Kratz was one of the central figures in the Netflix docuseries Making A Murderer, which premiered in December 2015. Kratz prosecuted Steven Avery and Branden Dassey for the murder of Teresa Halbach in 2005. Dassey was just 16 years old when he was convicted; he had learning difficulties and a below-average IQ.

Following the release of the documentary, Kratz became Public Enemy Number One when his own crimes were brought into the spotlight. In 2010, the Associated Press reported Kratz had sent “repeated text messages trying to spark an affair with a domestic abuse victim while he was prosecuting her ex-boyfriend.” According to police reports, two more women came forward claiming they had resigned from his office due to sexual harassment.

In 2014, the Wisconsin Supreme Court suspended Kratz for four months, stating, “This was exploitative behavior, harassing behavior, and a crass placement of his personal interests above those of his client, the State of Wisconsin.” Kratz was ordered to pay the costs of disciplinary proceedings—an amount that bankrupted him.[5] 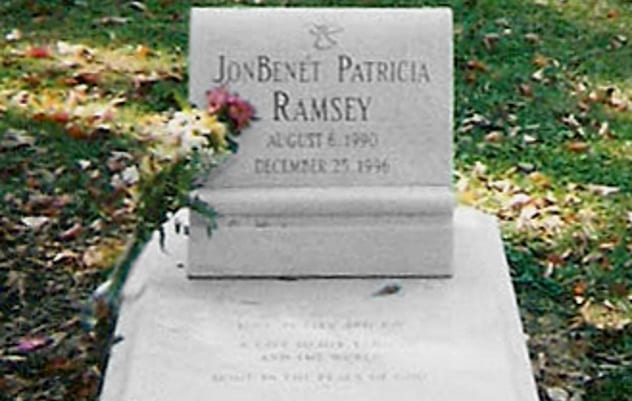 On December 26, 1996, six-year-old JonBenet Ramsey was found dead in the basement of her family home in Boulder, Colorado. Her father found her body eight hours after she was reported missing. There was also a handwritten ransom note discovered in the house, demanding $118,000 for the safe return of JonBenet.

In 2016, CBS aired the docuseries The Case of: JonBenet Ramsey to coincide with the 20th anniversary of the child’s death. Former investigators of the original case and forensic experts came together to reexamine the murder. They built a new theory that suggested JonBenet’s brother Burke, who was nine years old at the time of the crime, bludgeoned his sister to death, and the parents covered for him.

Burke Ramsey then sued CBS for $750 million. His lawyers stated, “The accusation that Burke Ramsey killed his sister was based on a compilation of lies, half-truths, manufactured information, and the intentional omission and avoidance of truthful information about the murder of JonBenet Ramsey.” The lawsuit was settled privately, and the case of JonBenet Ramsey is still unsolved.[6]

Nanook of the North, released in 1922, focused on the life of great Inuit hunter Nanook. The documentary showed Nanook and his family surviving the powerful elements of Northern Canada. Director Robert Flaherty explained, “What I want to show is the former majesty and character of these people, while it is still possible—before the white man has destroyed not only their character but the people as well.”[7]

Flaherty was criticized for heavily staging the “real-life” events depicted in the film. Nanook can be seen harpooning a walrus and dragging it out of the Arctic waters, although the Inuit had stopped walrus-hunting a long time prior. Nanook’s igloo was proven to be a film set with a missing wall because filming inside a real igloo was too dark.

Another staged moment was when Nanook was introduced to a gramophone for the first time, and he attempted to eat the vinyl, yet Nanook knew what vinyl was long before this film. It was also revealed that Flaherty had created Nanook’s “family” much like a casting call.

Filmmaker Bryan Fogel uncovered the dark truth about doping in sports for his 2017 documentary Icarus. The documentary focuses on an alleged doping program overseen by the Russian Sports Ministry which involved coaches, officials, and politicians. Whistle-blower Grigory Rodchenkov, former director of the Moscow anti-doping laboratory, fled to the US, where he went into hiding and is now protected by US authorities.

Speaking on a panel at the Sundance Film Festival, banned Olympian Lance Armstrong agreed with the level of corruption in sports. He said, “My situation five years ago, when [my doping use] came out, the organizations—USADA (The United States Anti-Doping Agency), WADA (World Anti-Doping Agency) [ . . . ] the declarations [they made] were pretty strong: ‘He’s biggest fraud in the history of sport’; ‘The most sophisticated doping program that ever existed’. We don’t need to debate whether or not those statements are true, but those are strong statements. But underneath all of that you have a system that really doesn’t work that well.”[8]

In 2018, The Panama Papers detailed how more than 300 reporters from 80 different countries came together to investigate offshore accounts. More than 11.5 million documents, dubbed the “Panama Papers,” were leaked by an anonymous source. The documents detailed such things as corporations that were used for illegal purposes, including fraud and tax evasion. Offshore accounts originally exploited by criminal kingpins are now tax havens for the wealthy. The financial information of many prominent public figures was exposed.

In 2017, another leak, dubbed the “Paradise Papers,” occurred. Famous names involved in this shocking expose included singer Shakira for transferring more than £30 million in musical rights to an offshore firm; Formula One world champion Lewis Hamilton, who avoided paying taxes on his £16.5 million private jet; pop star Madonna, shown to be a major shareholder in a medical supply company in Bermuda; and the estate of the queen of England, which invested more than £10 million offshore in the Cayman Islands and Bermuda. However, Queen Elizabeth II was not personally involved in the investments.[9]

On December 9, 2001, well-known author Michael Peterson discovered his wife, Kathleen, lying unconscious at the bottom of the stairs in their Forest Hills mansion in North Carolina. He claimed she must have fallen down the stairs after consuming alcohol, but the autopsy report concluded that she had sustained severe head injuries consistent with blows from a blunt object. The report stated Kathleen died from blood loss at least 90 minutes after those injuries occurred.

Peterson decided to take an “Alford plea,” which meant that he did not admit guilt but still plead guilty. In 2012 and 2013, Peterson took part in a follow-up to the docuseries The Staircase (which originally aired in France in 2004) with the intention to prove his innocence. In 2018, The Staircase was made available on Netflix, along with three new episodes providing further updates. However, the docuseries caused a very different reaction from audiences, as theories online all pointed toward Peterson’s guilt.

Director Jean Xavier de-Lestrade admitted, “[A producer] was completely convinced that it was a murder and Michael Peterson did it.” Even Lestrade himself is still unsure, explaining, “After 15 years following the case, and after spending weeks, months, and years with Michael Peterson and his family, I still can’t tell you I am convinced by something.”[10]