The ancient Greeks have had a massive influence on Western society. Numerous sciences and literary genres were founded by Greeks, and many of their writings have survived more or less complete. This list describes 10 of the most influential ancient Greek writers. The thing that connects them is the huge impact their works have had – and still has – on modern culture and society. I’ve listed them chronologically. 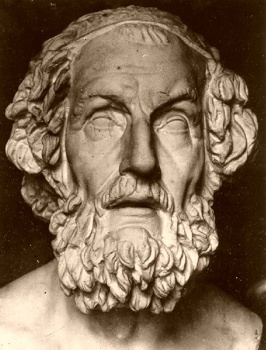 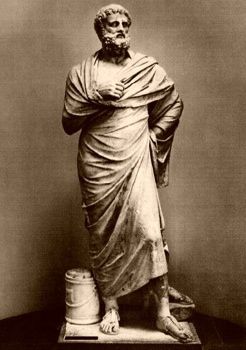 Sophocles was a tragedian who wrote 123 plays during his life. Only seven have survived in entity, but they include classics such as Antigone, Oedipus the King and Electra. He developed theater by adding a third actor, reducing the importance of the chorus, and introducing scenography. Sophocles also abolished the traditional trilogic form of tragedies and made each play complete in itself – this added dramatic value to the plays. 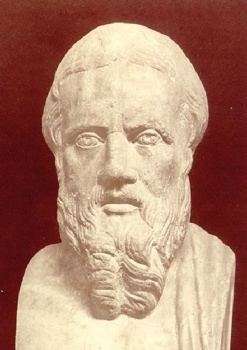 Herodotus is considered the father of history in Western culture. He approached history as a science by collecting his material systematically and testing its accuracy. Herodotus was also a gifted narrator. The word history itself comes from Herodotus’ book The Histories, which means “inquiries” in Greek. This book is also considered the first work of history in Western literature. 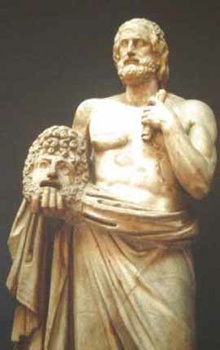 Euripides was another Greek tragedian. He wrote about 95 plays, 18 of which have survived completely and many more as fragments. His most known works are Alcestis, Medea and The Bacchus. His plays were very modern for his time in that they portrayed the characters very realistically and included strong women and wise slaves – which was very unconventional at the time. Euripides is the Greek tragedian who has had the biggest influence on European tragedy. 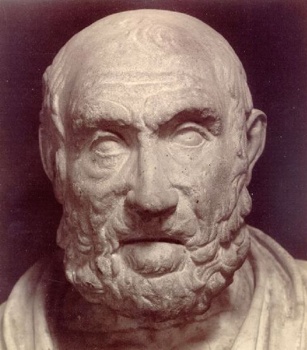 Hippocrates was a physician and is the father of medicine. The Hippocratic Corpus is a collection of 70 works on different medical topics. A large portion of it is made up of case studies. The most famous work is the Hippocratic Oath which is about doctoral ethics. Derivatives of this oath are still taken by doctors today. Hippocrates has also made a direct contribution to medicine as he was the first to describe a number of illnesses. Whether Hippocrates was actually the author of the Hippocratic Corpus is disputed, and most seem to agree that at least parts of it were rather written by his students and followers. 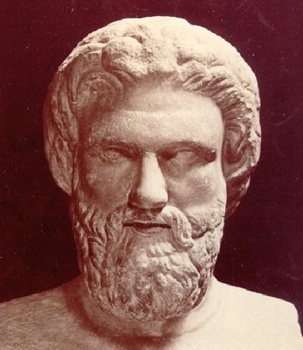 Aristophanes was a playwright who wrote comedies. He wrote 40 plays, 11 of which have survived as complete manuscripts and some of the others have survived as fragments. Aristophanes’ pen was feared as he ridiculed famous Athenians. Plato pointed out his play The Clouds as a contributing factor to the trial and execution of Socrates. Whether that was really the case is disputable. Other notable plays from his hand are The Wasps and Lysistrata. His works have not only had artistic influence on later theater but have also served as historical documents about life in Athens. 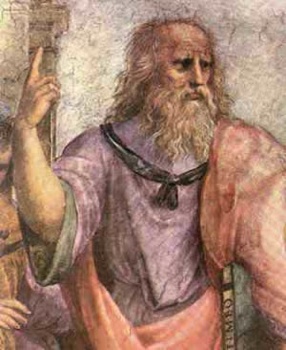 Plato was the student of Socrates. While Socrates never wrote anything of his own, his philosophy is known through the works of Plato. Plato was very influenced by Socrates’ thinking and not least by his execution, which Plato witnessed when he was 29 years old. 35 dialogues and 13 letters have been attributed to Plato, the most famous being The Republic and Symposium. Plato is regarded as one the fathers of Western philosophy, and his Theory of Forms and idea of the ideal state, both put forward in The Republic are still discussed today. 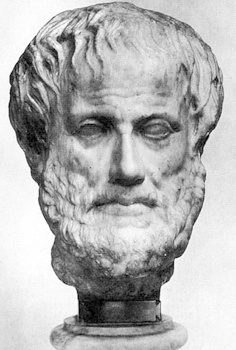 Aristotle was the student of Plato and the first to criticize him. 47 of his works have survived, most of which are actually lecture aids. Aristotle is the last of the great Greek philosophers (the two others are Socrates and Plato) and is considered the first biologist as well. He founded logic as a science, lay the grounds of scientific method and wrote about several other subjects as well. Aristotle was also the tutor of Alexander the Great for some time. Aristotle was a large influence on St Thomas of Aquinas and consequently remains a major influence in Catholic education and theology. 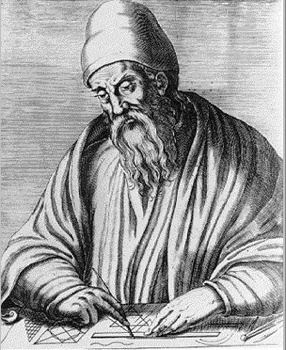 Euclid was a mathematician and the father of geometry. Very little is known of his life, but he was active at the Library of Alexandria. His main work is The Elements which is still used as a textbook in mathematics and may only be exceeded by the Bible in terms of copies sold. The book includes a system of mathematical proofs that remains the basis of mathematics today. 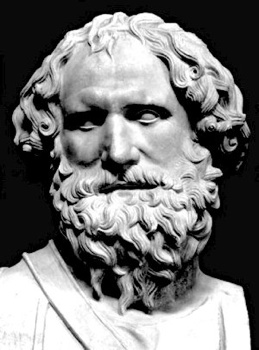 Archimedes was a mathematician, engineer, inventor, physicist and astronomer. He is known for the invention of The Archimedes’ Screw, a mechanism for moving water that is still in use today. He also calculated the value of pi very precisely. Archimedes discovered how to define the volume of irregular objects by submerging them in water. According to legend, this discovery made him run out on the street naked (he was so excited that he forgot to get dressed) and cry “Eureka!” – I have found it.