It’s easy for an author to get stuck in a genre. Writers figure out what works for them and draw on what they know. Most importantly, there’s a limit to how much one author wants to say. Even some of the biggest names in literature, like Tom Clancy or Chinua Achebe, wrote on the same subject over and over.

But that’s not always the case. J.K. Rowling’s legacy will always be the Harry Potter series, but that hasn’t stopped her from penning a political drama and two crime novels. In fact, many well-known authors have surprising works hidden in their bibliographies. 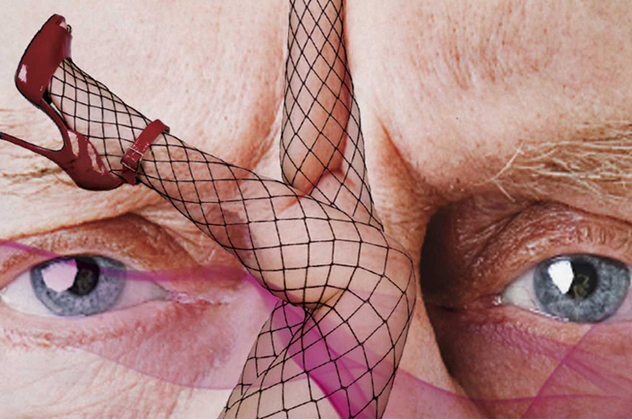 You probably read a few Roald Dahl books when you were younger. He was a British children’s author, and a successful one at that. Some of his more famous works include Charlie and the Chocolate Factory, James and the Giant Peach, and Matilda, all of which were adapted into popular films.

Generally, Dahl’s children’s books were silly, darkly humorous, and strangely supernatural. His very first full-length adult novel, Some Time Never, is in the same vein, chronicling a gremlin takeover of the world after World War IV.

His second full-length adult novel was written around 30 years later, and it’s something you’d never expect from a children’s author. My Uncle Oswald is about a woman named Yasmin Howcomely who seduces famous and talented men to collect their semen. Her partner-in-crime, the mischievous Uncle Oswald, then sells the stolen semen to women who want to be impregnated by said men. 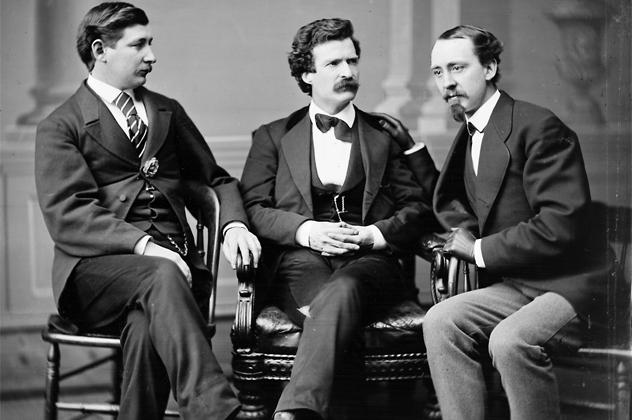 Mark Twain is revered as one of America’s greatest satirists. With characters like Huckleberry Finn and Tom Sawyer, Twain poked fun at the United States, especially rural life.

Twain was also skeptical and critical of religion. He penned numerous letters and commentaries on the Bible, which were collected together in the book The Bible According to Mark Twain. Scholars have long debated the proper category for Twain’s religious beliefs, but he was probably either a deist or an atheist.

It’s also a bit odd that Twain was so deeply enthralled with Joan of Arc. In fact, he spent 12 years researching her, including several months in France. The result was Personal Recollections of Joan of Arc, a fictional but accurate novel about Joan from the perspective of her page. Twain said that the finished product was not only his favorite work, but his best. 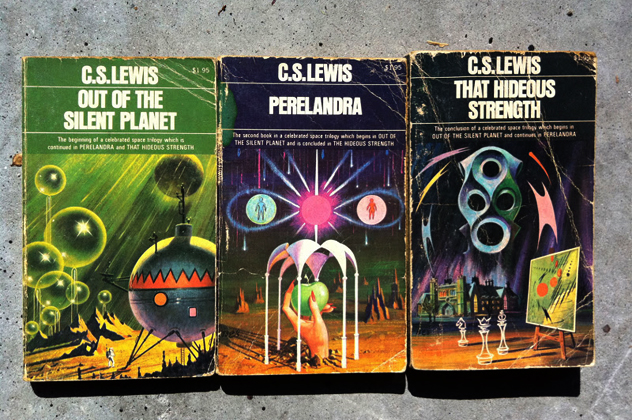 C.S. Lewis is known to most audiences as the man behind the Chronicles of Narnia. Many Christians also recognize Lewis as one of the most influential theologians of the 20th century. His Christian nonfiction includes Mere Christianity and The Problem of Pain, which are still widely circulated today.

Before dabbling in the fantasy genre with Narnia, Lewis was actually a science fiction author. He wrote a series called The Space Trilogy between 1938 and 1945. The trilogy includes Out of the Silent Planet, Perelandra, and That Hideous Strength.

The Space Trilogy mainly follows the adventures of Elwin Ransom, a philologist and Cambridge professor. Like Narnia, the Space Trilogy is highly religious in nature: It pitches Biblical Christianity against secular humanism in some very obvious ways, including direct divine intervention. 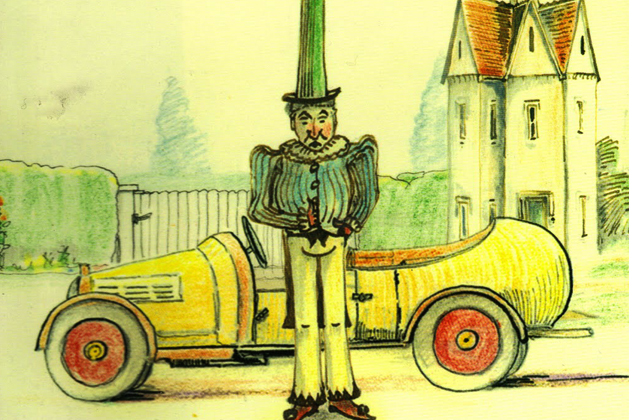 Lewis’s close friend J.R.R. Tolkien spent most of his life writing about language and mythology. In fact, Tolkien’s most recent posthumous publication is a prose translation of Beowulf. By extension, Tolkien’s forays into his own world of Middle-earth were an attempt to provide the British people with a prehistoric mythology, something he felt the culture lacked.

Tolkien also wrote short stories and children’s stories like Roverandom, Smith of Wotton Major, “Farmer Giles of Ham,” and “Leaf by Niggle.” These all included some magical or “medieval” element as well.

Mr. Bliss, however, is a bit different. It features a man with an absurdly tall hat driving around in a new car (and doing a horrible job). The book was originally written as a bedtime story for his children, but the sudden popularity of The Hobbit had publishers asking for more. He completed the first draft in the 1930s, but the book fell from his list of priorities. It was published posthumously in 1982. 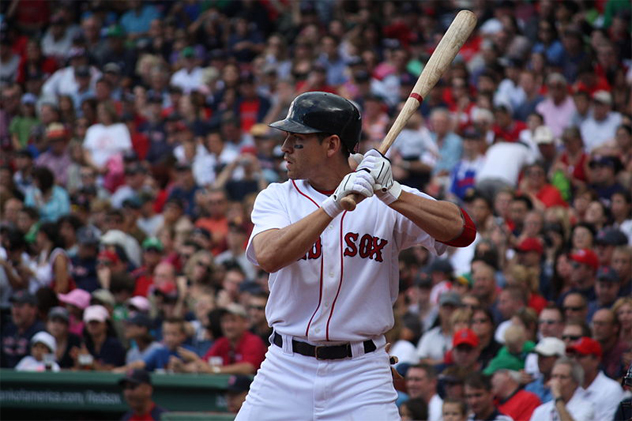 Very few of Stephen King’s stories lack an element of the supernatural. The novella Rita Hayworth and Shawshank Redemption, from the 1982 collection Different Seasons, is one notable exception.

Another is Faithful, which isn’t actually a story at all. It’s a nonfiction book that was co-written with Stewart O’Nan. And no, it’s not about religion; it’s about the 2004 season of the Boston Red Sox. That’s literally one of the last things we would expect King to write about, but he’s apparently a big Red Sox fan.

The 2004 baseball season is notable in that the Red Sox actually won the World Series. For the previous 86 years, they hadn’t; some fans had dubbed the dry streak “the Curse of the Bambino,” since it began after the Red Sox sold Babe Ruth (aka “the Bambino”) to the New York Yankees.

5Sir Arthur Conan Doyle
The Coming Of The Fairies 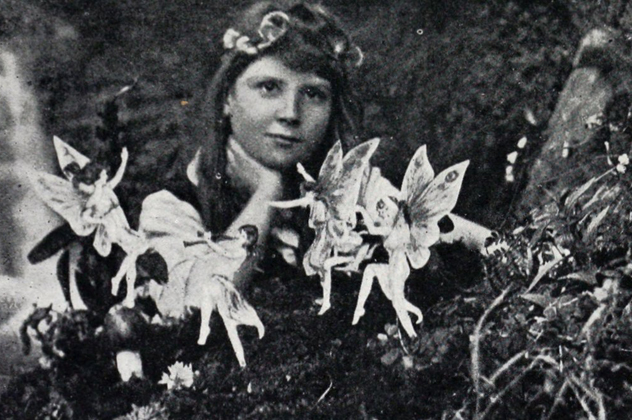 Arthur Conan Doyle is best known for his adventure and mystery stories, especially those revolving around Sherlock Holmes. We’ve mentioned before that Doyle didn’t care much for Sherlock Holmes—but we didn’t mention that he was much more invested in seances than critical thinking and reason.

Doyle was a stout spiritualist. Such was his devotion that he even lost his close friend Harry Houdini over the issue. As an extension of his belief in spiritualism, Doyle was also passionate about fairies and was convinced that they were real. He wrote a book called The Coming of the Fairies, a nonfiction work purported to provide proof for their existence. Much of the book revolves around hoaxed fairy photographs created by two young British girls. Doyle thought that they were real, but to any modern viewer, it’s painfully obvious how fake they are.

The Coming of the Fairies seems particularly odd when juxtaposed with Holmes’ reaction to the alleged supernatural killer in The Hound of the Baskervilles. We don’t think Holmes would have approved. 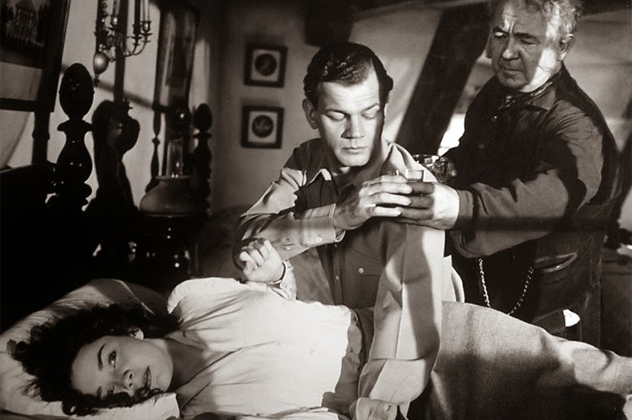 Very, very few of Rand’s works do not espouse individualism or her own personal philosophy of objectivism. There’s Anthem, which revolves around a man and woman going against the herd in a dystopian future, and The Fountainhead, a story about a starving architect who refuses to compromise his aesthetics. Then there’s Love Letters.

Love Letters is a 1945 wartime romance drama film penned by Rand. It’s based on Pity My Simplicity, a novel by Christopher Massie. Roger, a soldier stationed in Italy during World War II, is no good at writing letters to his girlfriend Victoria back home—so his friend Allen does it for him. Predictably, Victoria ends up falling for Allen instead of Roger. Even more predictably, Roger is kind of a major scumbag anyway.

Love Letters was Rand’s first screenplay, though one of her very first works was a stage play called Night of January 16th. She also wrote another wartime romance screenplay called You Came Along. 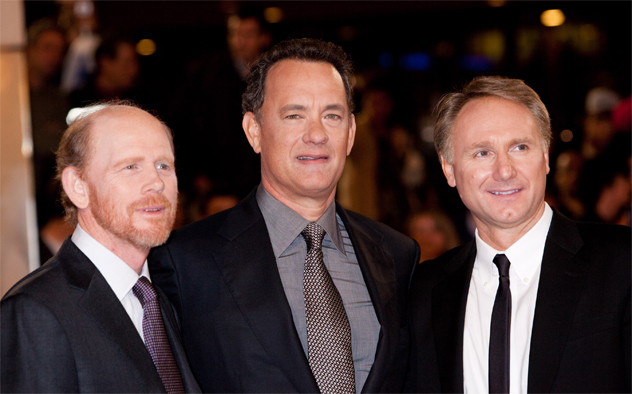 Dan Brown struck gold in 2003 with The Da Vinci Code. The second book in a series following university professor Robert Langdon, The Da Vinci Code explored conspiracy theories revolving around the sexuality of Christ. Audiences ate it up and Brown became one of the most successful writers of all time, despite only publishing six books in his whole career.

187 Men to Avoid (subtitled “A survival guide for the romantically frustrated woman”) is a brief little humor book on women’s dating. First published in 1995, attempts to retroactively boost sales following The Da Vinci Code’s success do not appear to have gone over well.

2John Steinbeck
The Acts Of King Arthur And His Noble Knights 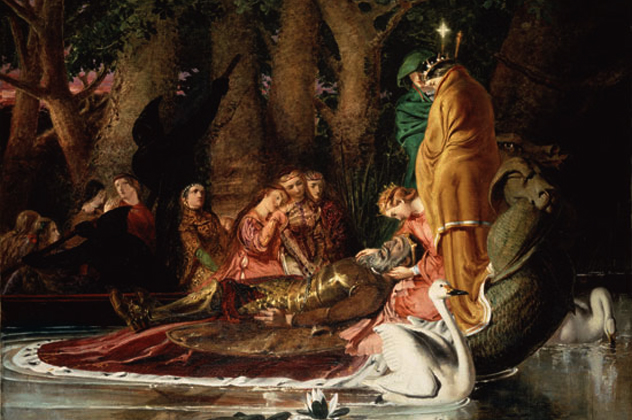 You’d be hard pressed to find a writer who captured the American spirit of the early 20th century better than John Steinbeck. The author of Grapes of Wrath and Of Mice and Men, Steinbeck was a master of Americana. Steinbeck would also occasionally write about adventures abroad, like in A Russian Journal or The Log from the Sea of Cortez, but these too fit within the scope of the American experience.

He also wrote The Acts of King Arthur and His Noble Knights, a retelling of Arthurian legend. Steinbeck had a soft spot for Thomas Malory’s Le Morte D’Arthur, which was composed in the 15th century. In fact, before delving into Malory’s epic, Steinbeck wasn’t particularly fond of reading—he sort of hated it.

While it’s noticeably different from the other books in Steinbeck’s collection, The Acts of Arthur is an appropriate tribute to Steinbeck’s first literary love. Unfortunately, however, it was uncompleted at the time of Steinbeck’s death. 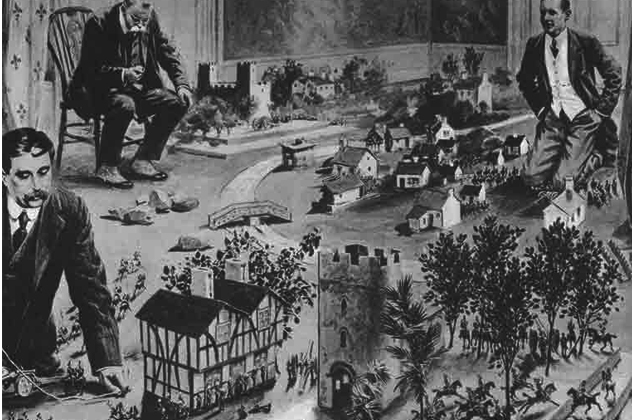 The author of War of the Worlds and The Time Machine, H.G. Wells is known today as the father of science fiction. While alive, however, Wells was a man of many interests. In addition to sci-fi, he wrote several books on history, politics, and . . . gaming.

One of Wells’s favorite pastimes was miniature wargaming, now a worldwide hobby. Wargaming seeks to reenact (or simply play through) military conflicts with model soldiers. Notable examples today include Black Powder and Warhammer 40,000. Most miniature wargames are dependent upon rulebooks for coherent play, and Wells penned one of the first: Little Wars.

Compared to modern wargaming tomes, Little Wars wasn’t much. But this attempt to establish a basic consistency in miniature wargames more or less caused the hobby to gain momentum. In fact, Wells is now considered the father of miniature wargaming in addition to science-fiction.

Somewhat ironically, Wells was a pacifist.

Garcia has also contributed to KnowledgeNuts.