We have two previous lists on bizarre deaths: 10 Truly Bizarre Deaths, and Top 10 Unfortunate Or Embarrassing Deaths. Lists of this nature are always popular as they often expose the darker side of human nature. This new list is no exception! If you can think of any other bizarre deaths (perhaps more recent ones) and they don’t appear on either of the previous lists, be sure to mention them in the comments for all to enjoy. These entries are in chronological order. 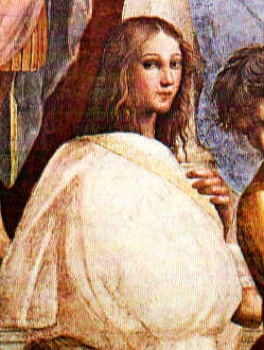 Method of Death: Murdered by monks with shells

Hypatia of Alexandria was a Greek scholar from Alexandria in Egypt, considered the first notable woman in mathematics, who also taught philosophy and astronomy. Believed to have been the reason for the strained relationship between the Imperial Prefect Orestes and the Bishop Cyril, Hypatia attracted the ire of a Christian population eager to see the two reconciled. One day in March 415, during the season of Lent, her chariot was waylaid on her route home by a Christian mob, possibly Nitrian monks led by a man identified only as Peter, who is thought to be Peter the Reader, Cyril’s assistant. The Christian monks stripped her naked and dragged her through the streets to the newly Christianised Caesareum church, where she was brutally killed. Some reports suggest she was flayed with sea shells and potshards and set ablaze while still alive. 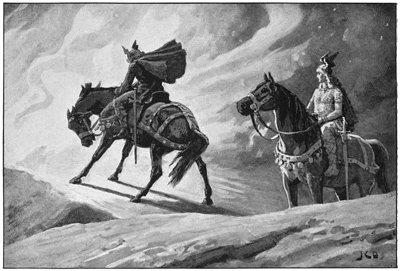 Sigurd Eysteinsson (aka Sigurd I The Mighty, ruled 875-92) was the second Viking Earl of Orkney, who succeeded his brother Ragnald the Wise. He was a leader in the Viking conquest of what is now northern Scotland. He died as a result of one of the native rulers he killed, Maelbrigte, moramer of Moray. He beheaded Maelbrigte and strapped his head to his saddle. As he rode, Maelbrigte’s teeth grazed against his leg, causing a wound that became infected and killed him. 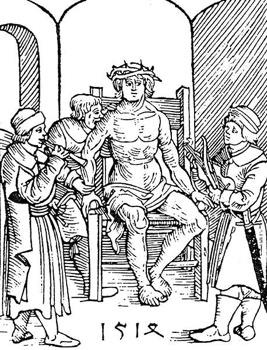 György Dózsa, Székely man-at-arms and peasants’ revolt leader in Hungary, was condemned to sit on a red-hot iron throne with a red-hot iron crown on his head and a red-hot sceptre in his hand (mocking at his ambition to be king), by Hungarian landed nobility in Transylvania. While Dózsa was still alive, he was set upon and his partially roasted body was eaten by six of his fellow rebels, who had been starved for a week beforehand. 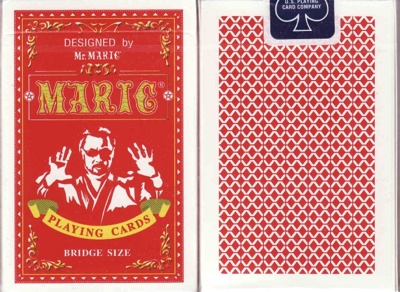 William Kogut was an inmate on death row at San Quentin, decided to commit suicide using only the rudimentary tools available to him in his prison cell. He began by tearing up several packs of playing cards, giving particular focus to obtaining pieces with red ink (at the time, the ink in red playing cards contained nitrocellulose, which is flammable and when wet can create an explosive mixture), and stuffed them into a pipe. He then plugged one end of the pipe firmly with a broom handle and poured water into the other end to soak the card pieces. He then placed the pipe on a kerosene heater next to his bed and placed the open end firmly against his head. The heater turned the water into steam and eventually enough pressure built up inside the pipe so that when it burst, the explosion shot out bits of playing cards with enough force to penetrate Kogut’s skull, killing him. In a suicide note, Kogut stated that he and he alone should punish himself for his crimes 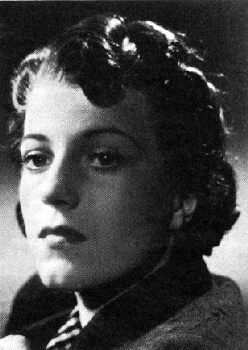 Method of Death: Fell down a chimney

In 1939, well known Finnish actress Sirkka Sari (Jahnsson) was celebrating the premiere of her new film “A Rich Girl” at the hotel Aulanko. During the celebration (most likely in a drunken desire to have some mischievous fun) Sari climbed the stairs to the roof of the hotel. At the top of the stairs, she opened the door and saw a black rectangular area which she thought was asphalt. She mistook it for a scenery deck, and jumped right in it. Unfortunately for her it was actually a chimney. She fell to her death in the boiler at the bottom. 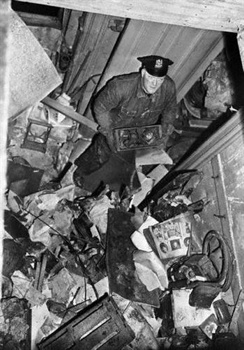 The Collyer brothers, extreme cases of eccentric compulsive hoarders, were found dead in their home in New York in 1947. The younger brother, Langley, died by falling victim to a booby trap he had set up, causing a mountain of objects, books, and newspapers to fall on him crushing him to death. His blind brother, Homer, who had depended on Langley for care, died of starvation some days later. Their bodies were recovered after massive efforts in removing many tons of debris from their home. 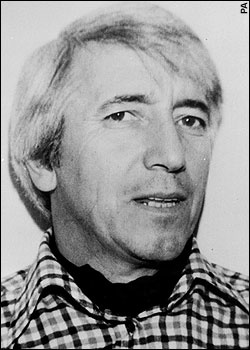 Method of Death: Murdered with an umbrella

Georgi Ivanov Markov was a Bulgarian dissident writer. In order to silence him, the Bulgarian government decided to have him killed and asked the KGB to help. On September 7, 1978, Markov walked across Waterloo Bridge spanning the River Thames, and was waiting at a bus stop on the other side, when he was jabbed in the calf by a man holding an umbrella. The man apologized and walked away. Markov would later tell doctors that the man had spoken in a foreign accent. Markov recalled feeling a stinging pain from where he had been hit, he assumed by the umbrella tip. That evening he developed a high fever and was admitted to a hospital where he died three days later, on 11 September 1978, at the age of 49. The cause of death was poisoning from a ricin-filled pellet. 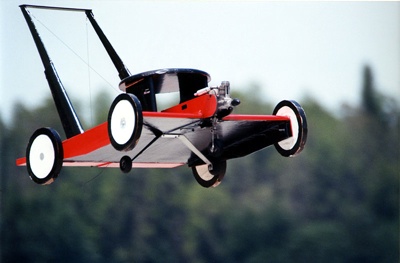 John Bowen, a 20-year-old of Nashua, New Hampshire was attending a halftime show at a football game at Shea Stadium on December 9, 1979. During an event which featured novelty and custom-made remote control flying machines, a 40-pound model plane shaped like a lawnmower accidentally dived into the stands with its sharp blades striking Bowen and another spectator and causing severe head injuries. While the other spectator survived, Bowen died in hospital four days later. 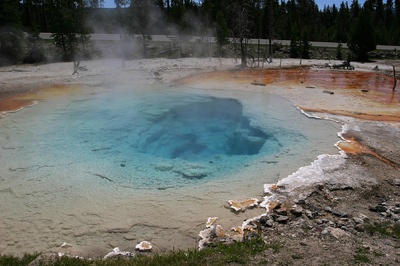 Method of Death: Dove into a hotpool near boiling point

David Allen Kirwan a 24-year-old attempted to rescue a friend’s dog after it fell into Celestine Pool, a hot spring at Yellowstone National Park on July 20, 1981. Despite numerous shouts from bystanders, Kirwan dove headfirst into the pool but was unable to save the dog. After managing to swin back to shore, he was helped out of pool, where his injuries became apparent – the exposure to the 200oF (93oC) water of the hot spring resulted in third-degree burns to 100% of his body and had also blinded him. After being led to the sidewalk, Kirwan reportedly stated: “That was stupid. How bad am I? That was a stupid thing I did.” When one of Kirwan’s shoes was removed, all of the skin came off with it. He died the next day at a Salt Lake City hospital. Although there have been at least 19 deaths due to scalding at the Yellowstone, this was the only known case where someone died after deliberately jumping into one of the park’s hot springs. 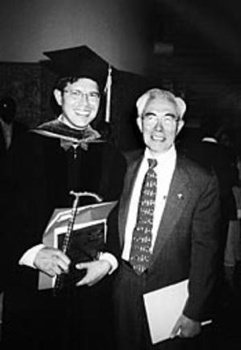 Method of Death: Decapitated by an elevator

Dr. Hitoshi Nikaidoh (pictured above, left), a surgical doctor, was decapitated as he stepped on to an elevator at Christus St. Joseph Hospital in Houston, Texas on August 16, 2003. According to a witness inside the elevator, the elevator doors closed as Nikaidoh entered, trapping his head inside the elevator with the remainder of his body still outside. His body was later found at the bottom of the elevator shaft while the upper portion of his head, severed just above the lower jaw, was found in the elevator. A subsequent investigation revealed that improper electrical wiring installed by a maintenance company several days earlier had effectively bypassed all of the safeguards.