Cosmic discoveries are important because they expand our understanding of nature and allow us to test reality against our mathematical theories. Here are 10 objects which reach the extremes we need to test the limits of our calculations—and our imaginations. 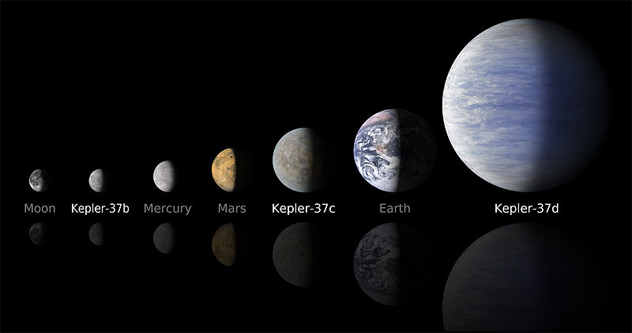 Earlier this year, the Kepler Observatory discovered a star system with three planets, including the smallest expolanet found to date. The Kepler telescope is conveniently located in space, allowing it an unobstructed view to the stars without that pesky atmosphere thing in the way. Dubbed Kepler 37-b, this baby planet is smaller than Mercury and only about 200 kilometers (124 mi) larger in diameter than our own Moon. Unfortunately, it’s also sitting uncomfortably close to the threshold that saw Pluto demoted from full-time planet.

One of the few ways astronomers can locate exoplanet candidates is by observing a star and waiting for the light output to dim ever so slightly. This happens when the planet transits across the face of the star, so it’s much easier to detect larger bodies. Most of the exoplanets we’ve found are much larger than Earth, usually around the size of Jupiter. The dimming effect produced by Kepler 37-b would be barely perceptible, which makes the discovery all the more amazing. 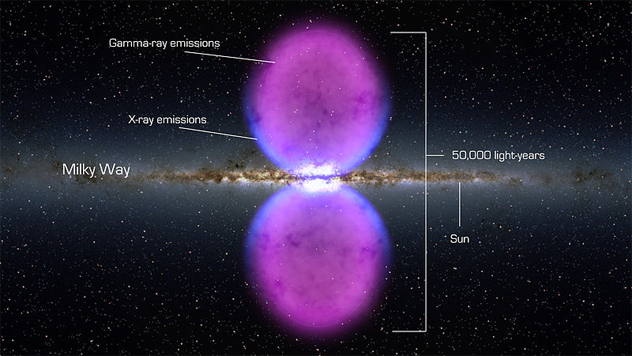 The Milky Way galaxy looks absolutely immense when viewed flat, as we’re accustomed to seeing it in illustrations. When viewed edge-on, however, it’s underwhelmingly wispy and scrawny looking. Or at least it was, until we looked at it in the extremely short end of the spectrum: X-rays and gamma rays.

The Fermi Bubbles jut out perpendicularly to our galaxy’s disc and encompass a length of 50,000 light years, or about half the diameter of the Milky Way. Not even NASA knows for sure where the bubbles came from, but they could be leftover emissions from the supermassive black hole in our galactic core, because gamma radiation is only produced by incredibly energetic events. 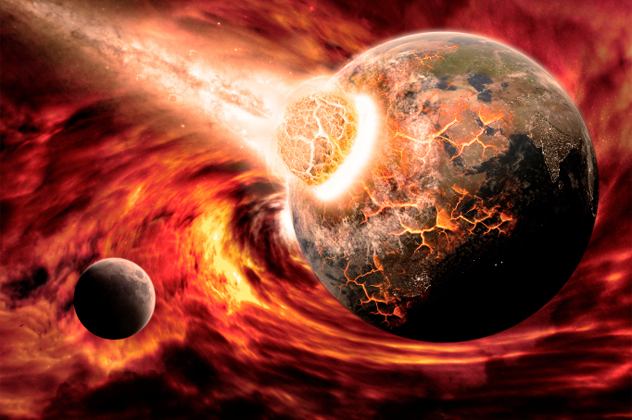 Over four billion years ago, the early Solar System was horrible and extremely dangerous, full of planetoids at different points of development. Our cosmic neighborhood was littered with chunks of rock and ice, so collisions were frequent. The largest of these collisions accounts for one of the more popular theories of how our Moon came about. The primordial Earth was impacted by an object about the size of Mars, named Theia. The two bodies met at a very specific angle, and it is believed that the leftover debris coalesced inside Earth’s orbit to form what is now the Moon.

Had the impact been slightly more direct, either closer toward the poles or the equator, the results would have been drastically different and the young Earth could have been obliterated completely. 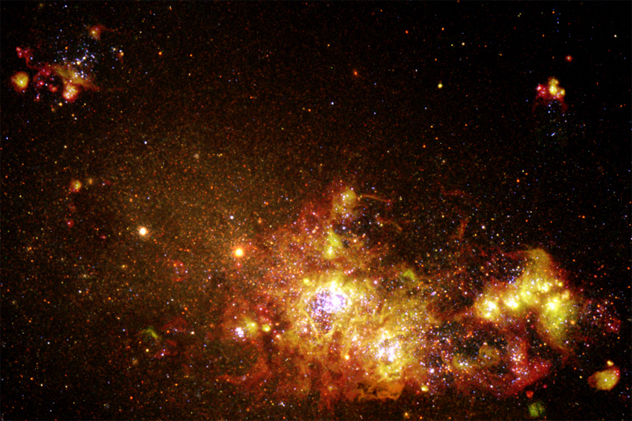 The Sloan Great Wall is mind-bogglingly large and seems absolutely unreal in lieu of the types of size comparisons we humans are accustomed to dealing with. The Great Wall is one of the largest structures in the universe, and is made up of a string of galaxies that stretch for 1.4 billion light years.

It contains hundreds of millions of distinct galaxies, most of which form superclusters within the overall structure. It appears that the clusters have formed in accordance with regions of differing densities that were a direct result of the Big Bang, and are observable in the cosmic microwave background.

Some argue that the Sloan Great Wall should not be considered a single structure, due to the fact that not all of the galaxies are gravitationally bound to one another. 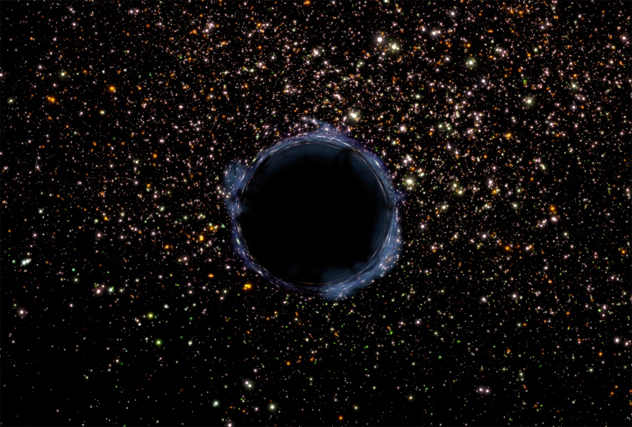 Nothing in the universe inspires as much fear as the mighty black hole. In video game terms it’s the “final boss” of the universe. It has enough pull to ensnare light itself, which moves at almost 300,000 kilometers per second (186,000 mi/s). We’ve seen black holes that are impressively large, at billions of times the mass of our sun, but now for the first time we found one that’s impressively puny.

The previous record holder for smallness was still around 14 times the mass of the Sun, which is quite large for our standards. The new kid, IGR, is only about three times as massive as the Sun. IGR comes in at around the bare minimum of mass necessary to cause a star to fall in on itself when it dies. If it was any smaller it would have gone out as our own Sun will, slowly bloating up before shedding its outer layers and most of its material into space. 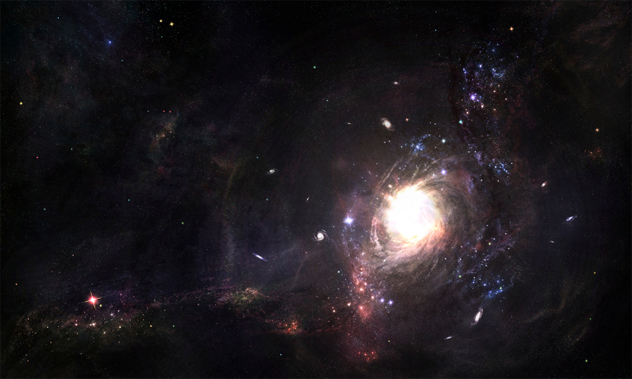 Galaxies are immense—countless stars set in an image painted by nuclear processes and gravity. They’re so overwhelmingly large and luminous that we can see many of them with the naked eye across great distances. So it’s easy to forget that galaxies can be found at the opposite end of the size spectrum as well.

‘Segue 2’ is an example of how something small can take us by surprise, because it only contains about 1,000 stars. For contrast, our galaxy boasts a number in the hundreds of billions.

The combined output of the whole galaxy is only about 900 times greater than our Sun, quite underwhelming considering our own star isn’t especially large or impressive on a cosmic scale. As the capabilities of our telescopes improve, we might find more outliers like Segue 2, which is great for math, because galaxies of this size were predicted but never observed until recently. 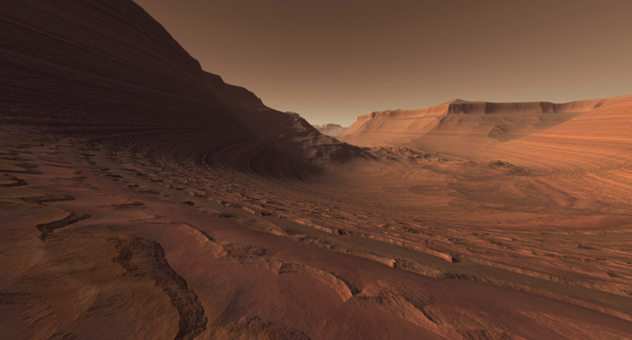 Ever since we’ve been studying Mars in appreciable detail, there’s been disagreement about what caused the planet’s hemispheres to look so dissimilar to each other. A new-ish theory states that the disproportion is due to an immense catastrophic impact that changed the face of the planet. The Borealis Basin offers clues to Mars’ tumultuous past, as this is the largest crater (so far) in the Solar System. It covers a large portion of the planet: at least 40 percent, spanning an area 8,500 kilometers (5,300 mi) across. The second largest crater is also on Mars, yet is four times smaller.

To have produced such a large crater, the ancient impact must have been absolutely otherworldly, with the offending projectile calculated to have been larger than Pluto.

3 Closest Perihelion In The Solar System 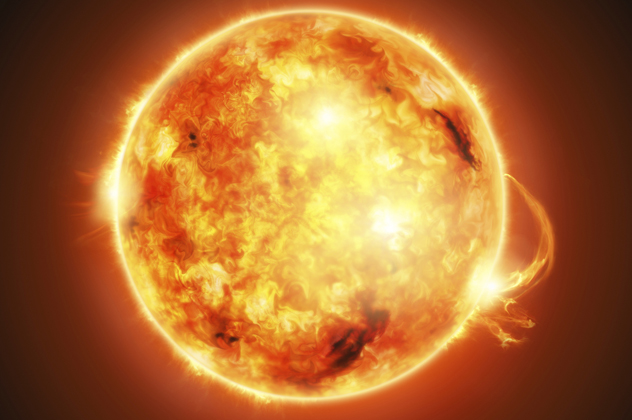 While Mercury may be the closest large object to the Sun, there are plenty of smaller things that get even closer. Perihelion is the point in orbit nearest the parent star, and asteroid 2000 BD19 has the smallest orbit, getting incredibly intimate with the giant, hot ball of nuclear explosions that keeps us warm and alive. Since the perihelion is only .092 astronomical units—1 AU is about how far the Earth is from the Sun, on average—HD19 gets hot. Really hot actually, reaching temperatures that could melt zinc and other metals.

Studying this asteroid is important because it helps us glean how different factors can shift a body’s orbital orientation. One of these factors is Einstein’s famous theory of general relativity. Therefore, careful scrutiny of this near-Earth object can help us see how this amazing theory relates to practical observations. 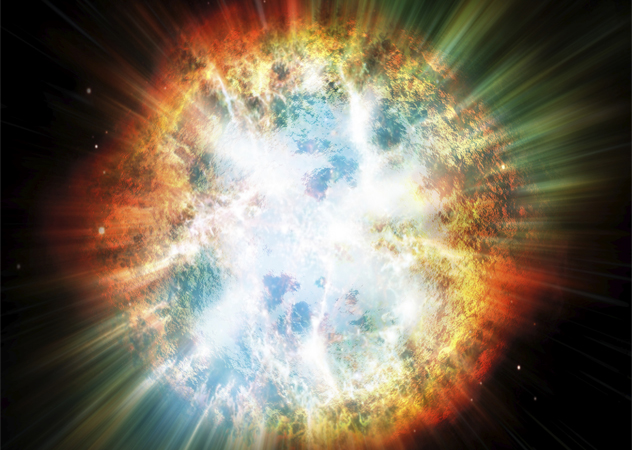 Some black holes are extremely massive, and that’s to be expected, because they ingest anything that gets in their way.

At two billion solar masses, ULAS J1120+0641 was a huge surprise for astronomers—not necessarily due to its magnitude, but due to its age. ULAS is the oldest quasar (basically a black hole puking into space) ever found. It appeared less than 800 million years after the Big Bang. That’s absolutely ancient, and it means that the light from this distant quasar had been on a 12.9-billion-year intergalactic voyage before it arrived here on Earth. No one’s sure why the black hole is so big, since there wasn’t much of anything for it to eat that long ago. 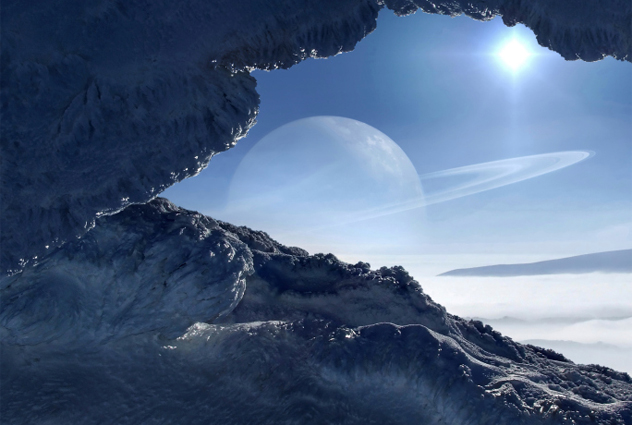 With spring emerging and winter clouds retreating, the Cassini probe was recently able to get some great snapshots of the lakes littering Titan’s north pole topography. Water cannot exist in this alien landscape, but the temperatures are just right for liquid methane and ethane to flow and emerge from the moon’s interior.

Oddly enough, this is the first time the clouds have lifted enough to offer a clear view of the pole, even though the Cassini probe has been orbiting Titan since 2004. The main lakes are each hundreds of miles wide, with the largest, Kraken Mare, the size of “the Caspian Sea and Lake Superior combined.”

The existence of a liquid environment was integral for the formation of life on Earth, but seas full of hydrocarbons are a completely different animal, since material can’t dissolve in this substance as well as it can in water.