Ever since the National Aeronautics and Space Administration (NASA) was created over half a century ago, they’ve launched hundreds of missions into space. From probes that have touched the outer reaches of our solar system to manned capsules that pushed the limits of technology, they’ve done it all.

Some of the most important advances in science, technology, engineering, and math were accomplished as a direct result of the missions talked about below. Here are some of the coolest and most important missions ever launched by NASA. 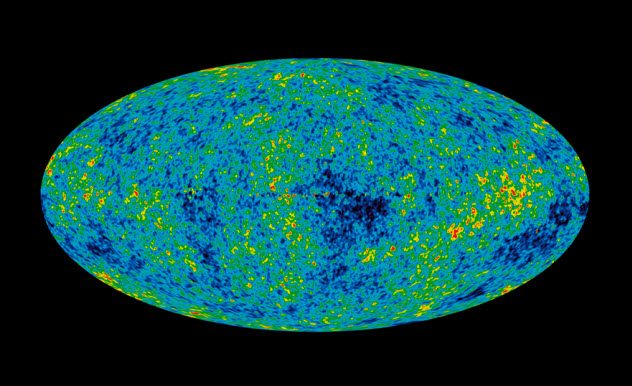 Did you know that humanity has a baby picture of the early universe?

We can’t get any images from the moment of the big bang. For the first few hundred thousand years of the universe’s life, stuff was just too hot and close together for photons to get anywhere. You could only see a few light-years in any given direction before the vast hydrogen clouds that filled the universe made it impossible to see farther.

However, after about 380,000 years, things cooled down and spread out and the first light was able to escape. This light from the universe’s infancy falls to Earth from every direction in the sky. It shows us the universe at its earliest stages and is known as the cosmic microwave background (CMB) radiation.

Since its discovery, scientists have wanted to map out the CMB’s hot and cold spots to see if they matched the experts’ predictions. That data didn’t exist until a few decades ago. Even then, it wasn’t until NASA’s Wilkinson Microwave Anisotropy Probe (WMAP) was launched that scientists had a good HD image of the radiation.[1]

The results from the probe matched predictions and confirmed that the universe was almost completely uniform in temperature over 14 billion years ago. It’s amazing that we have this kind of information about something that existed so long ago.

The satellite was launched on June 30, 2001, at 3:46 PM EDT aboard the Delta II-7425-10 launch vehicle. In April 2002, WMAP completed its first observation of the CMB. In February 2003, the first high-resolution images of the CMB and papers analyzing the results were released.

WMAP research papers are among the most used and cited in the history of space science.

9 Viking I And II 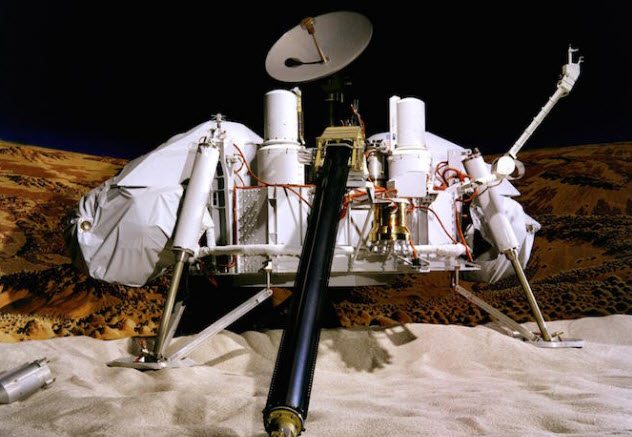 Before 1976, the United States had never successfully landed a probe on another planet. Parachutes and similar items often failed, and the million-dollar machines sent to the “Red Planet” tended to smash into the surface while traveling at thousands of miles an hour.

It’s hard enough to get something to orbit the Earth. It’s even more difficult to leave Earth orbit, get into orbit around another celestial body, and then successfully land on that planet. Nonetheless, this feat of engineering was accomplished by the Viking probes.

The twin vehicles were launched within a month of each other on Titan IIIE/Centaur rockets, and the probes came in an orbiter/lander pair. Part of the vehicle was to stay in orbit around Mars, and the other part was to land on the surface.[2]

Based on what we observed from Earth, scientists thought that life shouldn’t be able to exist on Mars. However, we had never landed there, so scientists didn’t really know one way or the other. They were proven right when the Viking probes sent back the first images and experiment results to NASA. The probes found no evidence of little green men or any microbial life. 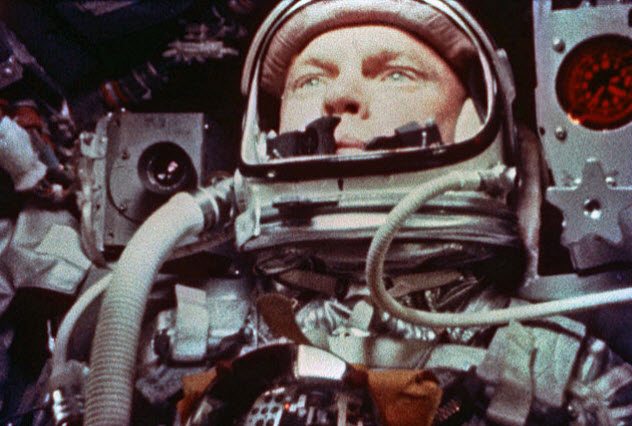 By early 1962, the United States had just over 30 minutes of experience in space and the clock counting down to the end of the decade was ticking away. The US had never sent a man into orbit, an absolutely critical part of getting men to the Moon and beating the Soviets. That was to change with the launch of Friendship 7, the third US Mercury mission.

Lieutenant Colonel John Glenn, a military test pilot, was chosen to fly the new Atlas rocket into orbit around Earth. The rocket took off on February 20, 1962, successfully entering Earth orbit for almost five hours. He safely landed about 1,300 kilometers (800 mi) south of Bermuda.

The mission’s goals of testing out the new rocket, learning how to orbit the Earth, and proving that man could perform in space were successful.[3] 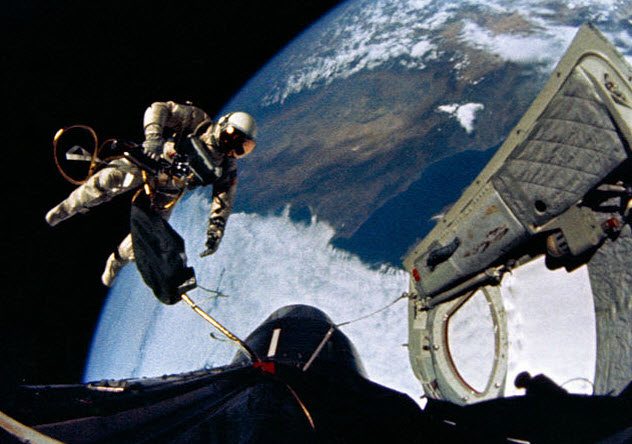 While the Mercury missions taught us the basics of orbit, the Gemini missions showed us the techniques needed to go to the Moon. One of the most important activities on the Moon was spacewalking, leaving the capsule and going out into the vacuum of space. As this had never been attempted by the US, it was absolutely critical to practice before trying it on the Moon.

Edward H. White II, a USAF test pilot, was chosen to become the first American in space. He and crewmate James McDivitt launched on June 3, 1965, on a Titan II rocket. White’s spacewalk lasted 36 minutes and went without much incident.[4]

The mission’s goals of evaluating the long-term effects of spaceflight (the mission lasted four days) and performing a space walk were successful. However, the capsule did land about 80 kilometers (50 mi) off target. (The astronauts forgot that the Earth was spinning under them when they performed reentry equations.) 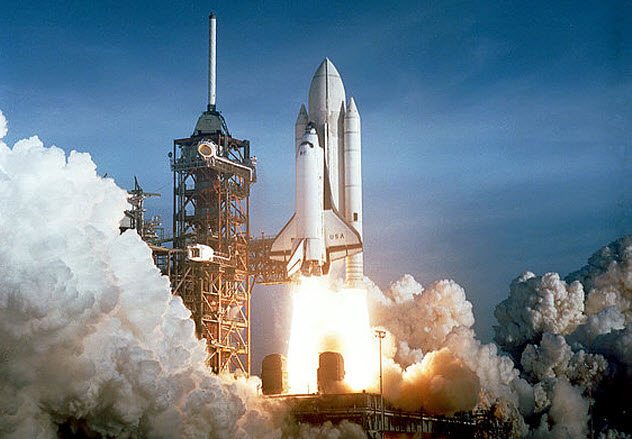 After the success of the Apollo program, NASA was looking for its next big thing. That thing was the space shuttle, a reusable spacecraft that landed like a glider and took off like a rocket. This vehicle would carry experiments and satellites into orbit and could remain in space for weeks. Several shuttles were to be constructed, with Columbia the first to be flight-tested.

Taking off on April 12, 1981, and piloted by John Young and Robert L. Crippen, the massive rocket ascended to an orbit of 166 nautical miles.[5] The mission lasted two days and six hours, thoroughly testing out the ship’s systems.

It glided down to a landing on Edwards Air Force Base in California. Back then, the shuttle and its tank were painted white instead of using the iconic black, white, and orange. (The orange came from the color of the tank’s now-unpainted insulating foam, which reduced weight by about 270 kilograms (600 lb).) 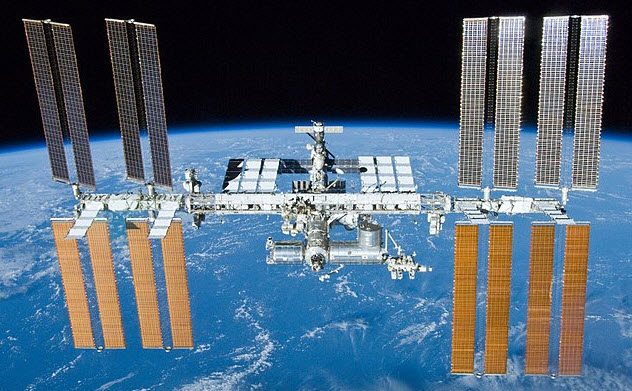 The International Space Station (ISS) is a major symbol of international cooperation. With the Sovi . . . er . . . Russians delivering the first module in the late 1990s, it was under construction for over a decade.

NASA space shuttles were a key element in the construction of the station, lifting astronauts and construction parts from around the world into orbit to work on the station. The first crews started arriving in the early 2000s. NASA also played a crucial role in the research and development of parts and construction techniques here on Earth.[6]

The ISS is currently orbiting at an altitude of over 350 kilometers (220 mi) and is traveling at over 8 kilometers per second (5 mps). As of the writing of this article, two Americans and one Russian are aboard the station.

4 Voyager I And II 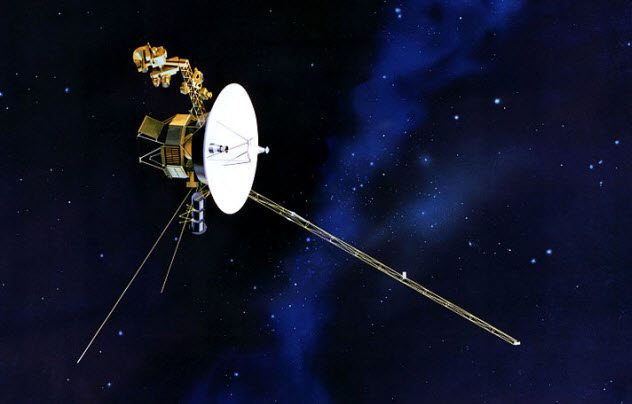 Launched in late summer 1977 aboard a Titan-Centaur rocket, the Voyager probes were destined for a rendezvous with the four unexplored giant planets in the outer solar system: Jupiter, Saturn, Neptune, and Uranus. The probes explored these planets over the course of a decade.

Currently, Voyager I is in interstellar space and Voyager II is in the heliosheath. The heliosheath is the outer area of the heliosphere, a bubble around the planets created by the solar wind. At a distance of over 20 billion kilometers (12 billion mi) from Earth, Voyager I is the most distant man-made object in history.

Both probes were outfitted with a phonograph record that carries a message from Earth to any alien civilization that may intercept the spacecraft, as they will likely survive for billions of years traveling through interstellar space.[7] The probes are still transmitting data all these years later. But they will likely soon cease to do so as they go farther and farther from Earth. 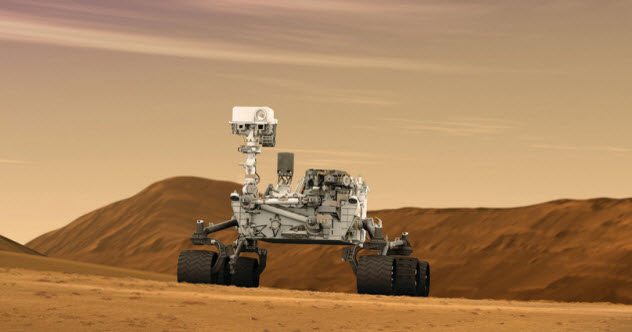 Launched on an Atlas V rocket in late 2011, the Martian rover Curiosity carried some of the most advanced (and most expensive) scientific instruments and systems ever constructed.

The rover successfully landed in August 2012 with the help of an innovative landing system. Curiosity descended with a parachute. Just before touchdown, the parachute was released and the rover landed with the help of rockets.[8]

The goal of the rover is to follow up on the Viking missions and determine if Mars ever had the proper conditions for microbial life to exist. Curiosity has found some evidence that Mars may have once harbored microscopic life, but the experiment is ongoing. 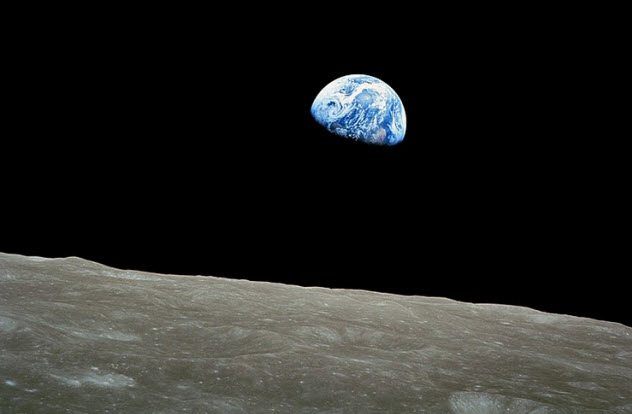 President John F. Kennedy’s goal of landing a man on the Moon by the end of the 1960s was running out of time. With just over a year left until the turn of the decade, NASA was moving at a blistering pace.

Apollo 8 became the first manned spacecraft to leave Earth orbit and head for the Moon. If they missed, they would have kept floating off into space forever. If they got too close, they would have smashed into the Moon traveling at several kilometers per second.

The mission was launched on December 21, 1968, aboard the most powerful rocket ever constructed—the Saturn V. Apollo 8 successfully entered lunar orbit on Christmas Eve 1968. Famously, the crew hosted a holiday TV broadcast in lunar orbit as the Earth was rising over the Moon. It was transmitted live to all continents on Earth.[9]

After the 10th lunar orbit, Apollo 8 set its course for home and successfully landed in the Pacific Ocean on December 27. 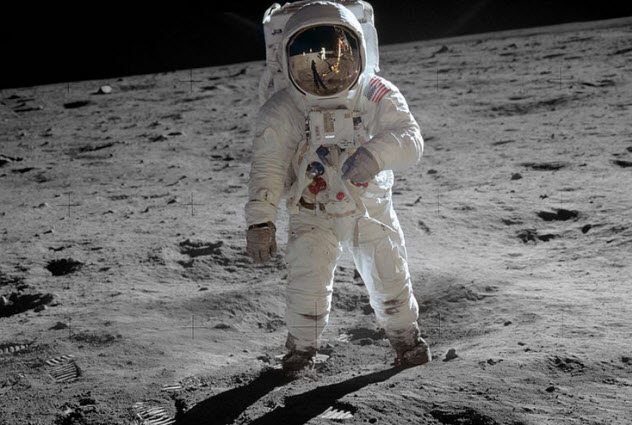 Arguably the greatest feat of human technology in world history, the 1969 Moon landing by Apollo 11 is by far the best-known and most monumental NASA mission. The mission launched on July 16, 1969, with a crew consisting of Mike Collins, Buzz Aldrin, and Neil Armstrong. The launch and lunar orbital insertion were executed without flaw and were witnessed by hundreds of millions of people on live TV.

The craft came in two parts: Columbia, the command module that would stay in orbit around the Moon and ferry the men back home to Earth, and Eagle, the lunar module that would land on the Moon. The descent to the Moon’s surface occurred on July 20.

With over 500 million people on Earth watching the event on TV, Armstrong was in charge of landing the Eagle on the lunar surface. The descent was tricky because the planned landing site was filled with large rocks. It was a dangerous spot for a touchdown.

Armstrong had just seconds of fuel to spare when he set the lunar module on the surface of the Moon about 6.4 kilometers (4 mi) away from the planned landing spot. When he turned off the engine and the craft settled into the lunar dust, Armstrong uttered the famous words, “The Eagle has landed.”[10]

Over the course of several lunar excursions, the two men collected rocks, performed experiments, talked to the president, and famously planted and saluted the US flag. In total, they spent over 20 hours walking on the Moon.

Their craft returned successfully to Earth several days later, having laid the groundwork for five more lunar missions in the near future.

Read about more fascinating NASA missions on 10 Huge Upcoming NASA Missions You Won’t Want To Miss and Top 10 Facts About The Apollo Mission That NASA Wanted To Keep Secret.